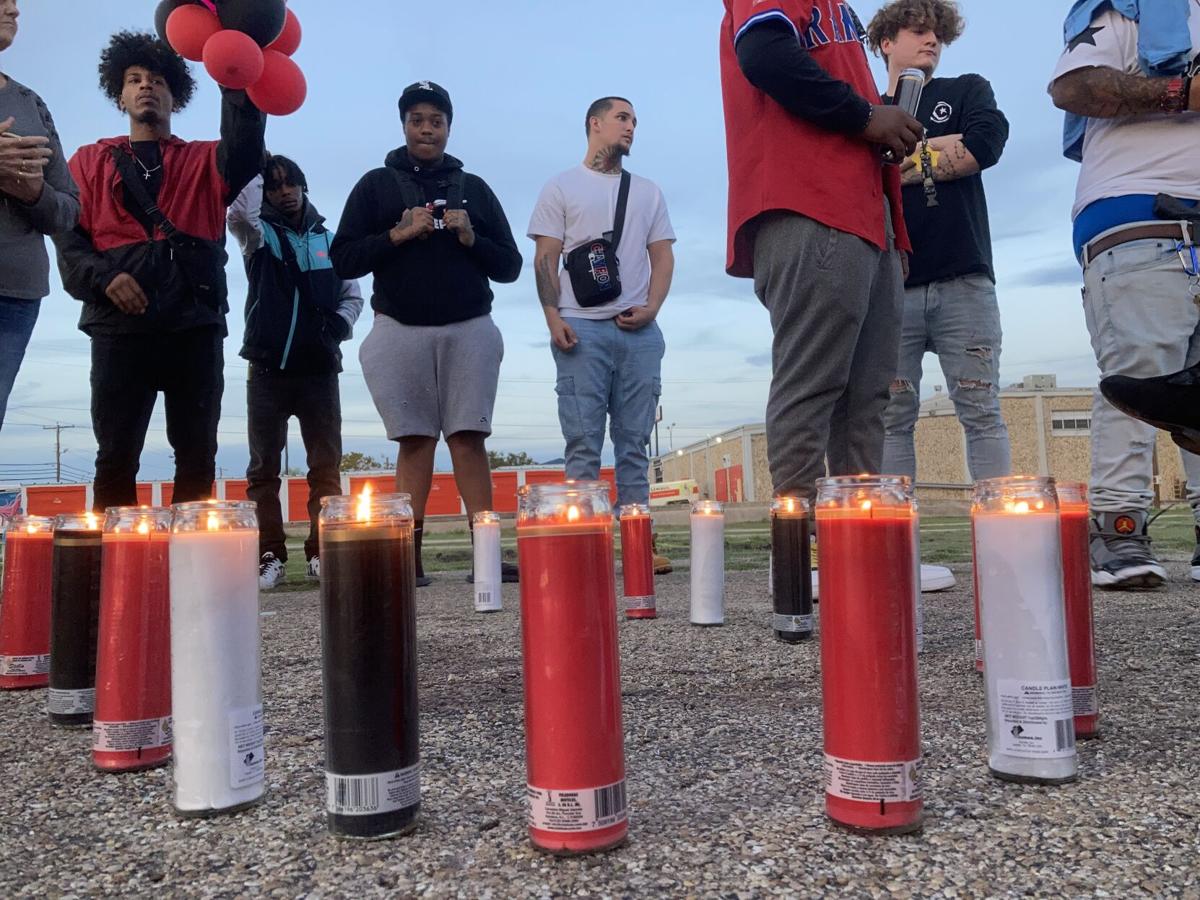 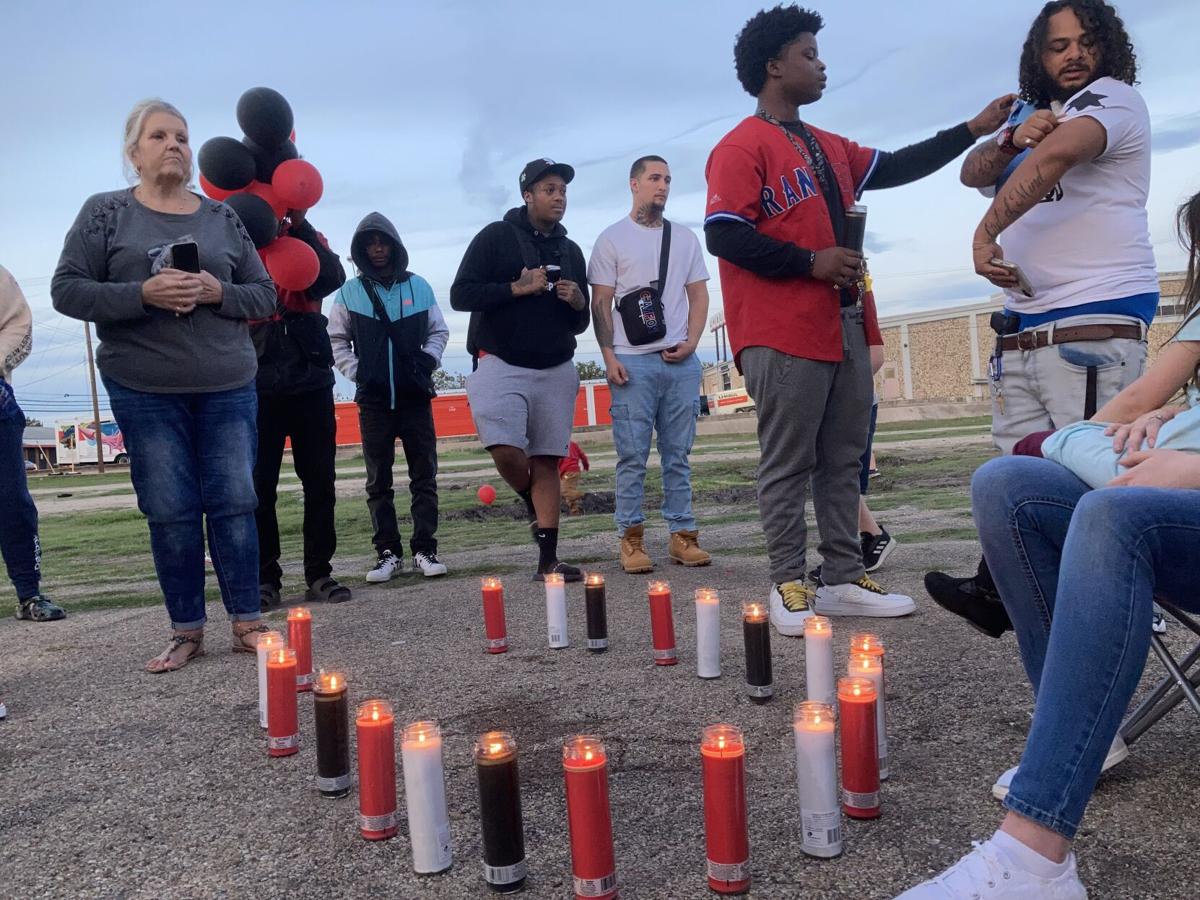 Family and friends of Darian Barlow held a balloon release outside Club Legends in Killeen Monday evening. Barlow, 21, died of injuries sustained in a shooting outside Club Legends early Saturday morning. The investigation into his death is ongoing, police said Monday.

Family and friends of Darian Barlow held a balloon release outside Club Legends in Killeen Monday evening. Barlow, 21, died of injuries sustained in a shooting outside Club Legends early Saturday morning. The investigation into his death is ongoing, police said Monday.

Fagan said Barlow was a father who’s original passion for football turned into a love of music in recent years.

“Music was his passion,” she said. “That was his dream now. He started having performances in some of these little places.”

The aspiring artist performed under the name YBeezo.

Barlow’s mother encouraged anyone with information into her son’s death to call the Killeen Police Department.

“That’s the problem right now, they don’t even know who to talk to,” she said. “Anybody who knows anything, contact the police.”

Music played in the background as candles were lit and balloons were released in memory of Barlow Monday evening.

“Nobody should have to bury their child,” she said. “I’ve heard people say that’s the worst pain they’ve ever felt; it really is.”

Barlow’s death marks the fourteenth homicide for Killeen this year and the second at Club Legends, according to KPD.

KPD said officers responded to “at least 111 reported calls for service” at Club Legends in the past year.

I’m so sorry for the mother’s loss of this son. She’s right. It’s the worst pain ever. I just lost a daughter to covid and the pain was almost unbearable. But there is comfort to be found in Jesus. Probably not today, but hopefully soon.

I too have loss a daughter but not to violence. It’s the most unbearable loss in the world. I wish this pain on no one.

The problem is why is this place still allowed to remain open? It is 100% the owners responsibility to make sure the parking lot is secure also. It does not fall on just KPD. This place is a menace and should be closed down! To not offer the best possible outside as well as inside security for its patrons is just plain wrong and who else would this responsibility be but the person who is getting ppl’s money. Letting already drunk ppl inside of a club to drink even more and then not close until 4 or 5 a.m. is a recipe for even more things like this happening in the future. I don’t understand why TABC hasn’t shut this kill-zone down!!!