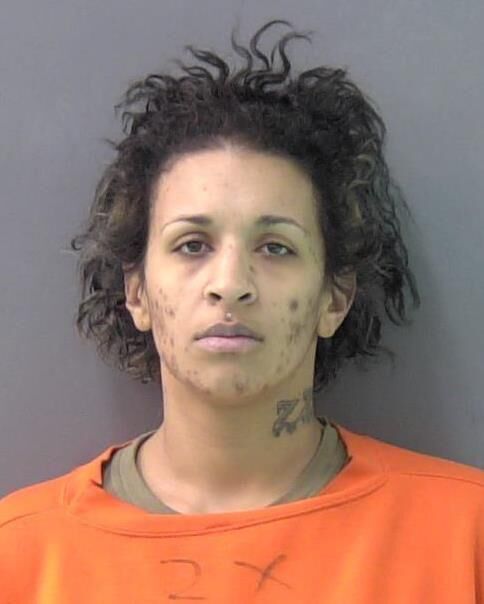 Two women and a man have been arrested by the Nolanville Police Department in connection to home and car burglaries in Nolanville, Harker Heights, Copperas Cove and Temple.

Around 1:02 a.m. Thursday, a Nolanville resident called in a suspicious person complaint that several people were in her neighbor’s driveway and one was inside of her neighbor’s vehicle, according to a news release from the Nolanville PD.

As officers approached the area, they noticed a vehicle that matched the description of the suspects’ vehicle and initiated a traffic stop. The female driver then drove off, which initiated a chase, according to the release.

After a successful deployment of spike strips by the Bell County Sheriff’s Deputies, the vehicle came to a stop in the area of Main Street in Belton. The driver and rear passenger were taken into custody immediately. A passenger, later identified as Morales, evaded on foot but was apprehended shortly thereafter by a Nolanville Police Officer and Bell County Deputies, according to the release.

Items in the vehicle were inventoried, and as of today Nolanville Police Investigator Zachary Oeller has identified property inside of the vehicle related to active house and car burglary cases. The active cases are in Harker Heights, Temple and Copperas Cove, according to the release.

On Nov. 7, the Nolanville Police Department encountered these same offenders for various charges to include unauthorized use of a motor vehicle, burglary of a vehicle and possession of a controlled substance. Items in their possession at the time were also related to burglary cases in Harker Heights, Belton, Temple and Killeen. A fourth person, Vadell Phillips, an 18-year-old female, was also arrested at the time, according to the release.

Morales and Smith on Monday were in the Bell County Jail. Smith’s bond is set at $156,000 for multiple offenses and Morales has his bond set at $5,000, according to the jail website.