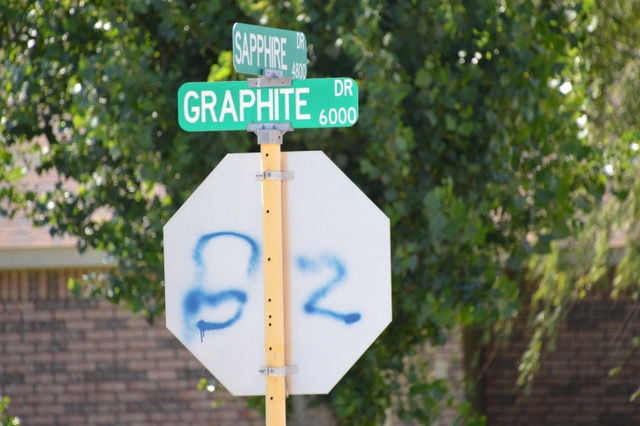 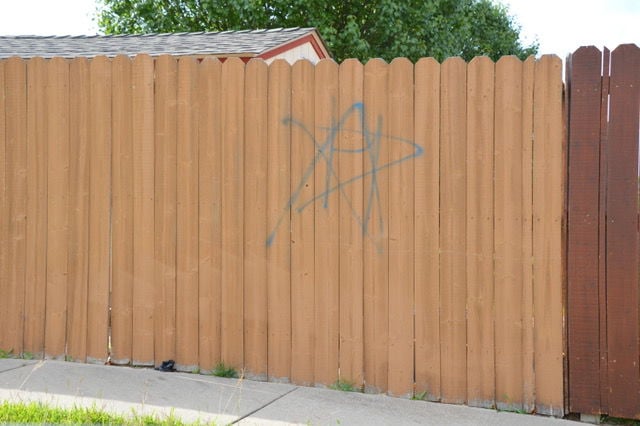 While some graffiti have been found on city property such as mail boxes and street signs, spray paint has also damaged personal property including several backyard fences.

Chalena Tomz, who has been living in White Rock Estates for two years, is used to living in a tight-knit and quiet neighborhood. She was surprised to see her neighbor’s fence spray painted and originally posted her findings on the website and app Nextdoor to inform others about the vandalism in the southeast Killeen neighborhood near Stagecoach Road. Tomz also contacted local law enforcement.

“We did report the graffiti to KPD,” she said. “They notified night watch and encourage anyone who’s property was tagged to please report it as well. Since then, most of the neighborhood I have noticed has put up more lights and cameras.”

While residence have been using the Nextdoor app to stay in touch and help others in need, it has also been a communication gadget to stay alert.

“The neighborhood apps have been a great way to alert neighbors of suspicious activity in our peaceful and quiet neighborhood,” Tomz said.

However, Tomz hopes the vandalism will quickly come to an end.

“We do love this neighborhood,” she said. “Since the pandemic everyone has offered help to seniors and those who have been impacted financially such as losing their jobs or being laid off.”

Killeen spokeswoman Hilary Shine urged residents to report any kind of damage of personal or public property to city officials.

“Graffiti removal is covered in the city’s code of ordinances,” she said. “The city offers to remove graffiti from private property at no charge with the owner’s consent.”

The process is handled through code enforcement. Residents can start the process by calling 254-501-7608 or sending an email to code-enforcement@killeentexas.gov.

If the owner of the damaged property does not consent to a removal by the city, they can be ordered to remove it on their own expense within 15 days.

Shine said that residents should also contact code enforcement if the damage is found on public property.