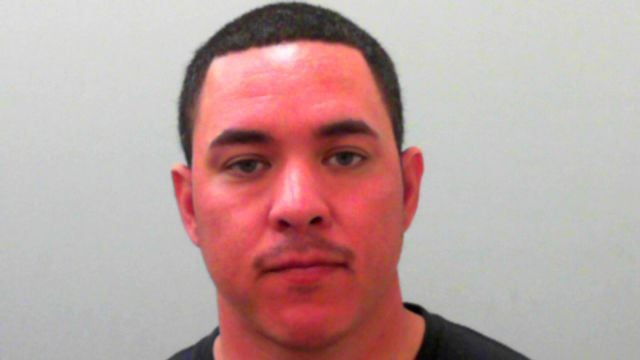 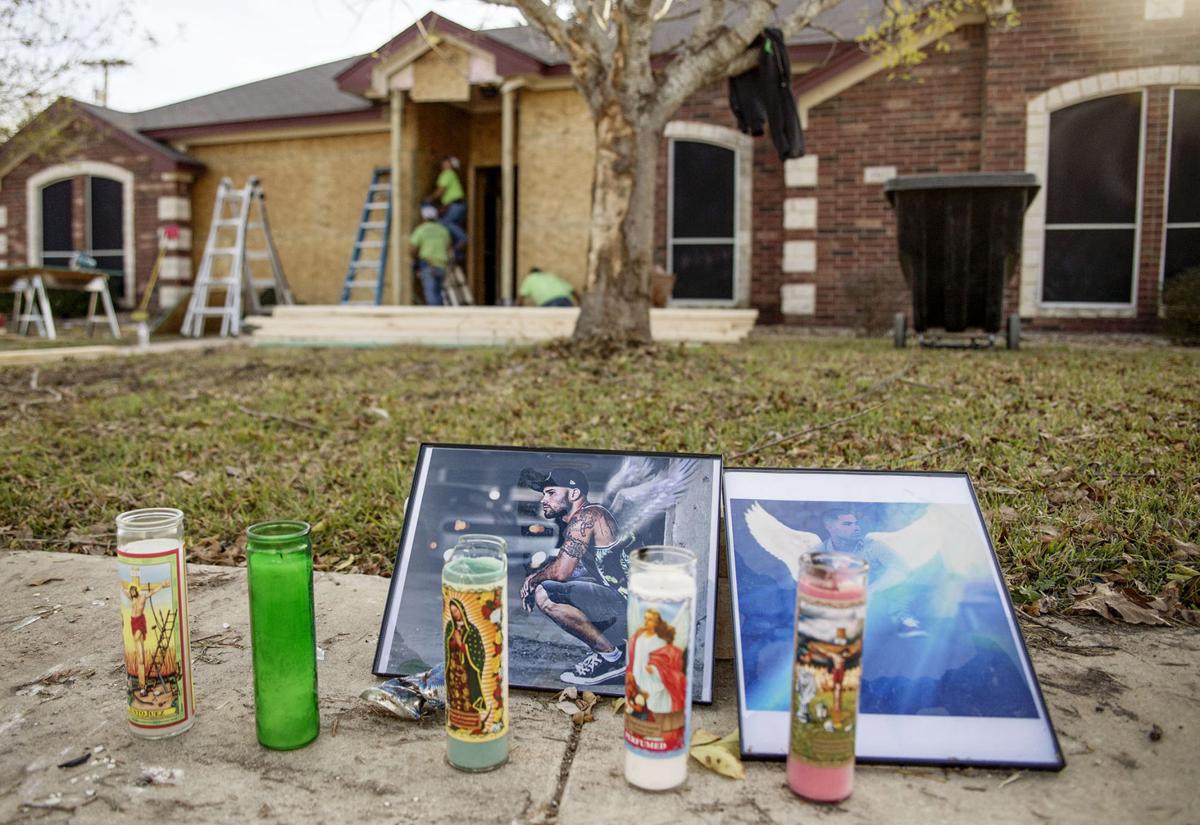 A memorial for Kali Athinos Strongheart, 28, is seen outside of a home in the 3500 block of Barbed Wire Drive in Killeen on Thursday, Dec. 21, 2017. Strongheart died after he crashed into a home on Barbed Wire Drive in Killeen on Sunday night while racing with Sylvester Hiroyuki Hernandez, 33. Hernandez was charged with racing on highway causing serious bodily injury or death.

A memorial for Kali Athinos Strongheart, 28, is seen outside of a home in the 3500 block of Barbed Wire Drive in Killeen on Thursday, Dec. 21, 2017. Strongheart died after he crashed into a home on Barbed Wire Drive in Killeen on Sunday night while racing with Sylvester Hiroyuki Hernandez, 33. Hernandez was charged with racing on highway causing serious bodily injury or death.

More than two years after his indictment by a grand jury, a trial date was set for a former Fort Hood soldier accused of a second-degree felony after a Killeen accident that left another soldier dead in 2017.

At a special hearing on Monday in the 264th Judicial District Court, a trial date was set for Aug. 3, said Assistant District Attorney Mike Waldman, who is prosecuting the case.

Sylvester Hiroyuki Hernandez, 35, who was a soldier with Fort Hood’s 15th Military Intelligence Battalion, was indicted on Feb. 7, 2018, on a charge of racing on a highway causing death.

An accident during a street race on Dec. 17, 2017, resulted in the death of Kali Athinos Strongheart, 28, of Fort Stewart, Georgia. Strongheart was originally from California and called himself a “biker and a car enthusiast,” according to his Facebook page.

Racing on the highway, usually a misdemeanor offense, becomes a second-degree felony if “an individual suffered serious bodily injury or death,” according to the Texas Transportation Code.

Strongheart was traveling south on Bunny Trail at a high rate of speed Dec. 17 when he failed to negotiate a curve, according to Ofelia Miramontez, Killeen police spokeswoman, previously. He then crashed his green Dodge Challenger into the front of a house in the 3500 block of Barbed Wire Drive in Killeen, according to the affidavit for arrest for Hernandez.

Police became aware of Hernandez’s connection to the accident after speaking to a witness that received a call from Hernandez in which he informed her that he was racing with Strongheart when Strongheart lost control of the vehicle and crashed into the house. A Ford Mustang with a missing a bumper was found in a nearby field that investigators determined to be registered to Hernandez, police said.

The man arrested in connection to a car crash that killed a 28-year-old is a Fort Hood soldier, post officials confirmed Thursday.

Kali was such a kind person. He was always someone I could talk too. I hope that justice is finally served. Kali deserves Justice and so does his mother as well as the rest of his family and friends. Gone but never ever forgotten. #JusticeForKali

Kali Strongheart did not accidentally hit the curb and ran into the house. Hernandez bumped into him and made him crash and left the scene. We all know that they should not have been racing but Hernandez is the one that caused him to crash. This article is suppose to tell the truth not what they think they know. Hernandez is guilty because he left Kali to die and didn’t stop to assist him. #Justice4Kali

How about being going back and reporting the real story and include the facts. Kali did not misjudge a turn and cause himself to wreck. Did he make a stupid decision by racing, yes. But he did not lose control of his vehicle. He was hit. He was hit by a fellow solider. As a soldier you are taught to never leave a fallen comrade. Clearly, someone forgot that. In doing so, he allowed Kali to die alone. He needs to be held accountable for his actions. You guys need to be held to a standard of reporting facts and complete stories, not half truths and whole lies.

This fake news just like CNN. Kali and Hernandez were both racing..yes it's wrong.. but kali did not over correct himself.. Hernandez was losing and got mad and clipped the bumper of kali's challenger causing kali to lose control.. because of the speed they were traveling it also caused him to hit the embankment, a tree and crash into a house..Hernandez left the scene and his mustang (with a damaged bumper).. Hernandez left a fellow soldier (Kali) to succumb from his wounds, didn't even bother to check on him. So explain to me with all the evidence presented to you, why lie about what happened?

This entire article needs to be taken down because it’s all wrong. Hernandez knew what he was doing when he intentionally hit Kali’s car because he was losing the race then he left him there to die without calling for any help or doing anything to help anyone but himself. He needs to be held accountable for Kali’s death, period.

So why would KDH news post false information? This isn’t then first death Hernandez has caused at the hands of racing. Let’s get all the skeletons out the closet shall we, he killed his ex gf while she was in the car with him and the crashed. So I wonder why the bumper was missing on the mustang? Oh because he clipped my brother which caused him to wreck into the house. This intentional hit was done because he was losing. Is street racing bad of course, but Hernandez needs to take ownership. Also if it was an accident, why run away from the scene, not provide aid, and then go MIA for days. Sounds suspect to me. Clean your story up!!!! GOD will have the finale say!!!

This is not the truth! Kali did not miscalculate a curb. He got hit by this young man which in turn made him go into that house! Please do not put false information about this case! His mother is heartbroken and the countless people Kali Strongheart has touched by his love for people and the things he loved. Do not just assume this is what happened!! My God!! #ThisIsATotalCap #JusticeForKali ♥️🗣🕊

Do you support Bell County Judge David Blackburn’s mandate for the wearing of face masks in all local businesses?