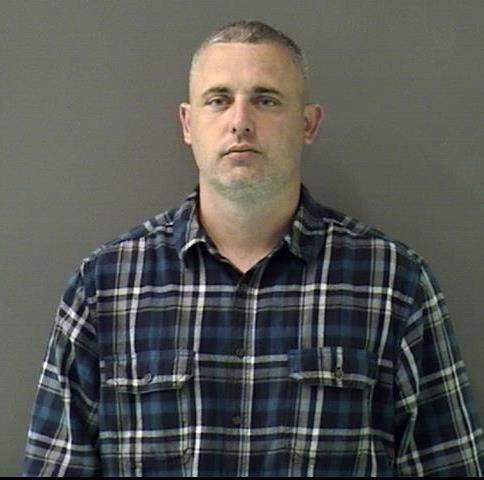 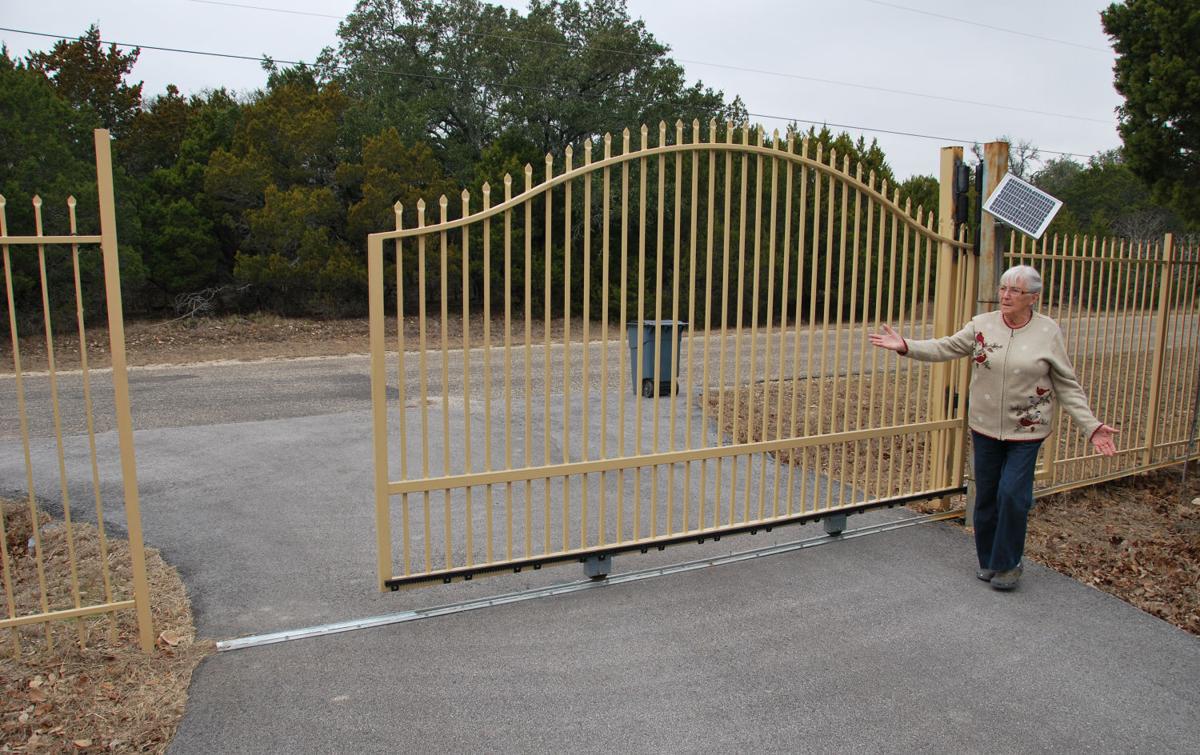 Joan James points to the gap in her fence that was installed by Phillip Henry of Jarrell-based 5 Star Fence and Deck. The Better Business Bureau warned consumers to avoid the company after several homeowners lodged complaints after paying for work that was never completed.

Joan James points to the gap in her fence that was installed by Phillip Henry of Jarrell-based 5 Star Fence and Deck. The Better Business Bureau warned consumers to avoid the company after several homeowners lodged complaints after paying for work that was never completed.

Following the arrest of Phillip Henry, a local contractor whose 5 Star Fence and Deck is accused of numerous thefts from retired military and elderly homeowners in Central Texas, victims are speaking out.

“This money wasn’t given to us. We worked hard for it,” said James Bilberry, who pressed charges against Henry for felony theft after writing a check for $18,752 in August, according to an arrest affidavit. “And if you think we’re going to put it in your pocket and you’re going to walk off, that’s not going to happen.”

According to the affidavit, Henry is facing a state jail felony theft charge after not doing any work for Bilberry despite being paid upfront for most of the work.

“He’s been convicted before ... but most of it has been petty stuff,” Bilberry said of Henry. “This time, (he) stepped into another ball game.”

The Herald was contacted by at least five other victims and former employers, all of whom said Henry was a “smooth-talking” salesman.

“Henry has done this over and over again. What he’ll do is set up a company, advertise like crazy, go out there and do the work and he screws up the work and then he drops that company and he starts a new company,” said John Francis, an attorney in Temple for Joan James, one of Henry’s former clients. “Some of his other names are Majestic Fence and Deck, Reliable Fence and Deck, Central Texas Best Fence and Deck, 5 Star Fence and Deck. ... I’m sure there’s more, that’s just all I have in front of me right now.”

Henry posted a $25,000 bond after he was arrested by Bell County sheriff’s deputies Monday.

“That money is part mine and part everyone else’s,” said Ignacio Rangel, who said he handed Henry at least $8,000 for a deck that was never started.

“If we can recoup some of (the money), that’d be good,” Rangel said. “If not, I’ve definitely learned my lesson about how to operate with future contractors.”

Almost every victim interviewed by the Herald said they found Henry’s 5 Star Fence and Deck on HomeAdvisor.com. Despite the site’s claim to vet contractors with background checks, Bilberry said homeowners looking for contractors should avoid the site.

“I think the first thing I’d do is contact the Better Business Bureau. If I had done that, I would have been better off,” Bilberry said. “But I used Home Advisor and they gave him a five-star rating. I’ve contacted Home Advisor about this and made them very aware of how unhappy I am with their service.”

Bilberry said it’s important for other victims to come forward to local law enforcement agencies, which can forward the results of their investigations to Bell County District Attorney Henry Garza.

Garza agreed, saying Friday that any victims who have not come forward yet should do so by calling his office or their local law enforcement agency. If additional victims come forward soon, Garza said their complaints could be added to the case his office is preparing to present to a grand jury for possible indictment.

“We continue to work on it and we will shortly present the information to the Bell County grand jury for their consideration,” Garza said.

Since the Better Business Bureau urged consumers to avoid Jarrell-based 5 Star Fence and Deck on Jan. 9, many people have come forward, claimi…

Y 'know. Although "Home Advisor" is drawn into the picture about recommending Mr. Henry (giving him 5 stars), I think this all boils down to a serious lack of due diligence.
Foremost of all, "Home Advisor" has been on record for years as scandalous under its old name "Service Magic." Even with the name change, nothing else apparently has.
In addition, Mr. Henry doesn't look so good either when it comes to his record for being a scoundrel in these things.
But then we've got to contend with the fact that both "Home Advisor" and "Mr. Henry" have been allowed to continue doing what they're doing with any seriously meaningful repercussions.
Finally, there's info all over the net provided by sources and resources specifically engineered to help our homeowners and homerenters to avoid these things.
So we're back to square one: due diligence or doing the research and the background checks (especially regarding most current develops) before making any decisions on trusting contractor referral agencies and contractors on strictly the basis of gut feelings .... That's exactly the basis to 99.9% of reported rip off.
Great article Clay.... but borrowing from a line from Phil Collins: " Is anybody listening?"