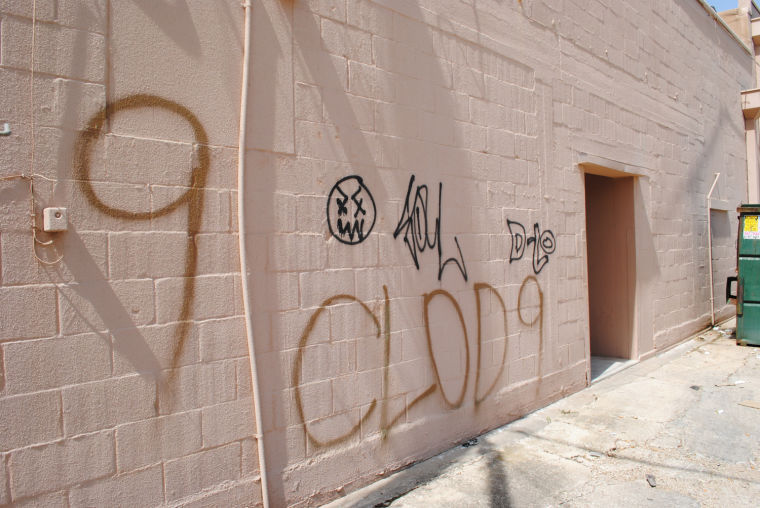 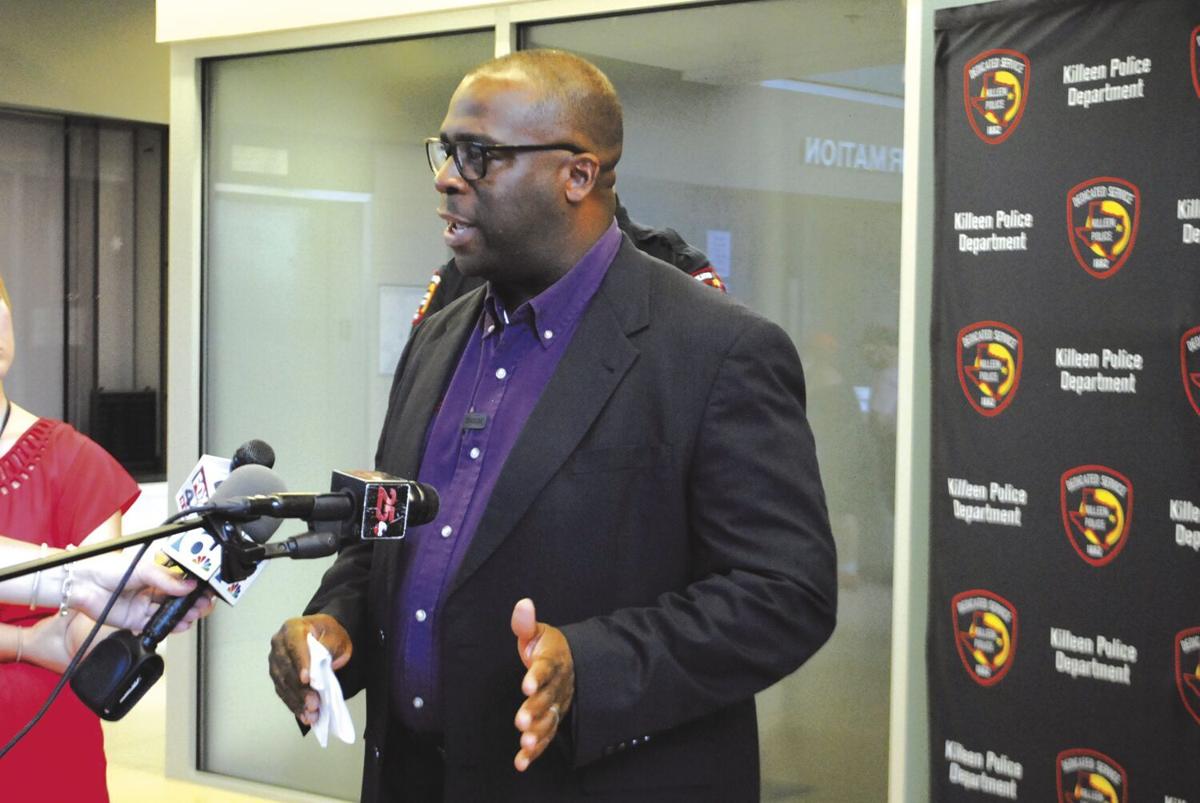 Killeen Police Chief Charles Kimble hosts a press conference Monday in response to a recent spate of homicides that brought the area to an annual total of 13. Kimble implored residents to contact the Bell County Crime Stoppers hotline if they had any information regarding gang-related activity.

Killeen Police Chief Charles Kimble hosts a press conference Monday in response to a recent spate of homicides that brought the area to an annual total of 13. Kimble implored residents to contact the Bell County Crime Stoppers hotline if they had any information regarding gang-related activity.

The damage done by street gangs in Killeen — such as the rash of recent gun-related deaths and injuries — is disproportionate to the relatively small number of gang members, according to a sergeant with the Killeen Police Department who spoke with the Herald.

“Out of the 150,000 people in Killeen, it’s a small group of people who are consistently going out and causing havoc around the city,” said KPD Sgt. Neal Holtzclaw, a former detective who now is a supervisor in the department’s Violent Crimes Unit. “Over the last several years, we’ve seen an increase in the amount of criminal activity among youth in their early teens. The influx of criminal activity is among juveniles between the ages of 14 and 16.”

Fewer than 100 people call themselves members of one of Killeen’s three main street gangs: Young Paper Chasers, K-Town Mafia and the Stretch Gang, but detectives who are investigating three Killeen homicides last week said that those gangs are the common denominator.

“A lot of it stems from narcotics and narcotics sales, and to retaliation,” Holtzclaw said. “One group shoots at the other group, which then retaliates by shooting back at them. Part of the problem is that the gangs are indiscriminately shooting and innocent people get hurt. That’s what’s most troubling.”

At a news conference Monday about the rash of shootings and gang violence, KPD Police Chief Charles Kimble said another gang-related drive-by shooting injured a 5-year-old girl and an adult woman in 3400 block of Barcelona Drive on Sunday night.

“How can you sleep at night, knowing that the people you’re helping are shooting 5-year-old girls?” Kimble said,

Multiple KPD detectives from the Homicide, Violent Crimes and Organized Crime Units are working on the three fatal shootings, which happened three nights in a row on Sept. 5, 6 and 7.

“We’re putting our minds together as a group and we’re meeting on a daily basis to go over our notes and information we’re gathering,” Holtzclaw said. “We each have our own responsibilities within the investigations. We want to get justice for the victims in these cases.”

The first victim was 21-year-old Braylon Tyrese Hines, who was shot and killed on Sept. 5 at the Local 6 Motel on E. Veterans Memorial Blvd.

Just days later, two other people died of injuries sustained during separate shootings. On Sept. 7, Cullen Gerard Sinclair Jr., 18, died following a shooting that occurred on Sept. 6 in the 4500 block of Westcliff Road. Nineteen-year-old Alondra Santiago died on Sept. 8 after a drive-by shooting on Sept. 7 in the 1800 block of Stardust Street in North Killeen.

What can you do?

Some might ask, how do I identify a member of a street gang?

Holtzclaw said that watching for changes in a person, especially young teenagers, is key to combating the issue of gang membership because people join gangs at ages as young as 15 years old or even younger.

“If there is a child who had great attendance and was on the Honor Roll suddenly shows an extreme change in behavior or attitude, that’s a huge sign,” he said. “Kids might start identifying themselves with certain colors or sports teams, or using hand signs. If the child suddenly has a lot of money or a new iPhone 12, that’s another sign.”

Because some of those aspects could occur for reasons besides gang membership, Holtzclaw said that it’s important to look at every aspect combined.

“Their social media will always change, such as posting pictures of guns,” he said.

Holtzclaw asked residents to report any suspicious activity to the Killeen Crime Stoppers, which provides an anonymous tip line.

“We always say, ‘If you see something, say something,’” Holtzclaw said.

Bell County Crime Stoppers may be contacted via its Facebook page at https://www.facebook.com/BellCountyCrimeStoppers, or by calling 254-526-8477.

KPD: 'We see criminal activity from gangs in most areas of the city'

An old adage among police says that crime doesn’t stop at a city limits sign. When it comes to tackling Killeen’s escalating gang violence, po…