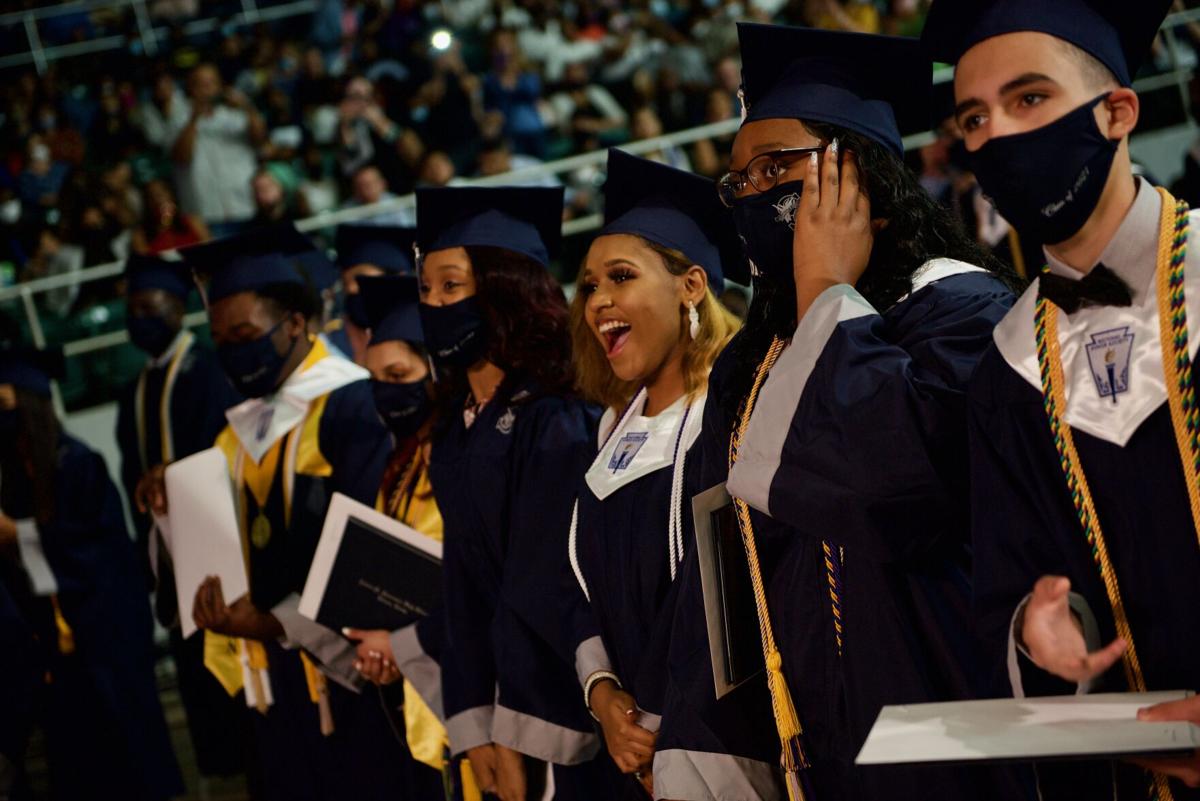 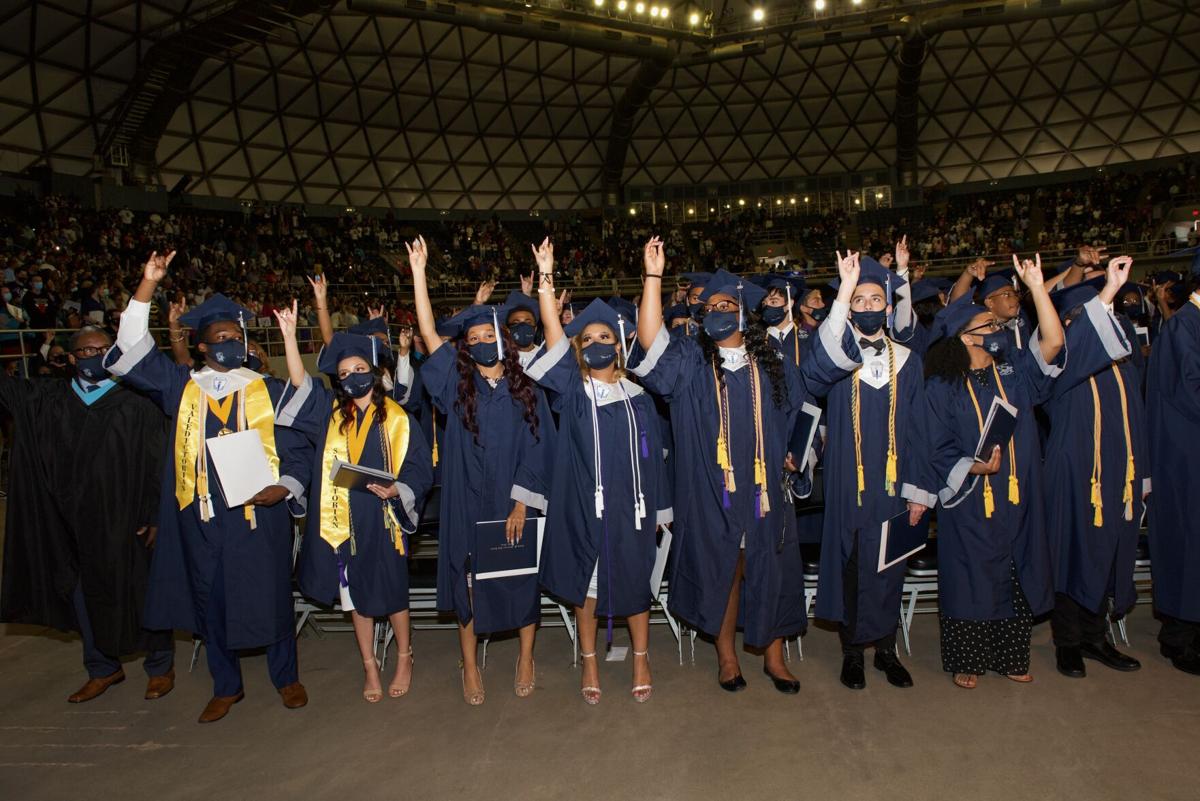 BELTON — Ending a year marked with challenge and loss, the Shoemaker High School Class of 2021 gathered a final time Saturday to celebrate the strength that comes from running with the pack.

The 540 graduating seniors stepped across the arena stage to accept their diploma during the school’s commencement ceremony at the Bell County Expo Center.

Class President Jaraizha Rivera praised her classmates for persevering through a difficult year of adjustment and reminded students of some of their biggest fans.

“I know without a doubt General and Mrs. Shoemaker are watching over all of us right now and are extremely proud of us and everything we accomplished this year,” she said, noting that Tuke Shoemaker passed away last December.

The late general’s wife continued to support the school after her husband passed in 2017, even providing videos of encouragement during the period of COVID-19 restriction.

Salutatorian Yosmilie Sibrian thanked family, friends and other supporters and urged her peers to accept the many opportunities in front of them even though life is uncertain.

“For many years, I have felt great pressure in needing to know what the next step will be,” she said.

“As the years went by and nothing went as I had planned, I realized that if I spent every day mapping out what should come next, I would be living my life in regret and disappointment for not taking greater chances.”

“This past year has been challenging for all of us mentally and physically, yet we found a way to get it done,” he said. “We volunteered for community service, played sports and applied for college.”

The Shoemaker Greywolf Band played the processional and recessional. The Junior ROTC posted the colors. Wolf Pack Choirs sang the national anthem and “You Will Be Found.”

Prior to the formal ceremony as students gathered in the Expo Center assembly hall, AVID teacher and coach Central Hicks led the group in the school’s traditional Shoemaker chant.

“Never forget that there are no limits to your potential,” said Sibrian, “and if you lose yourself in the midst of figuring out life, then ground yourself and know that you are bigger than the odds against you.”