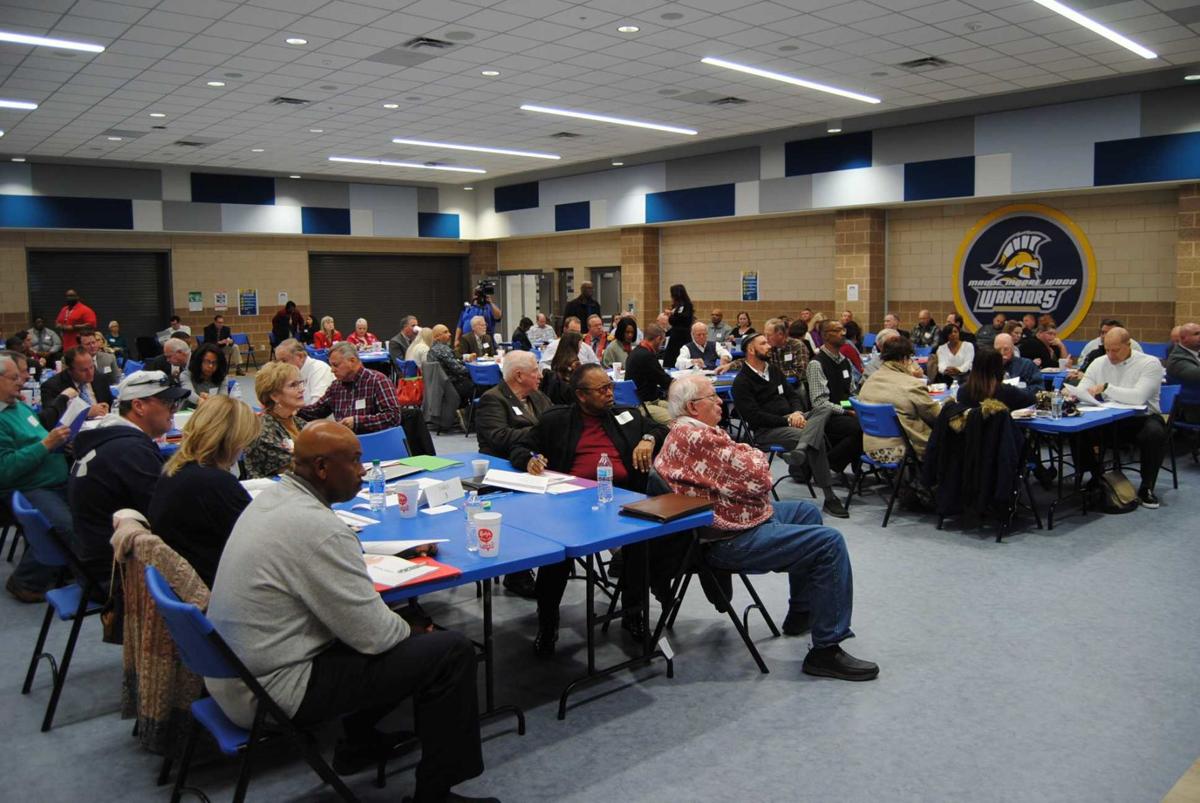 Members of the bond steering committee listen as they receive information during the fourth meeting of the committee on Tuesday at Maude Moore Wood Elementary School. 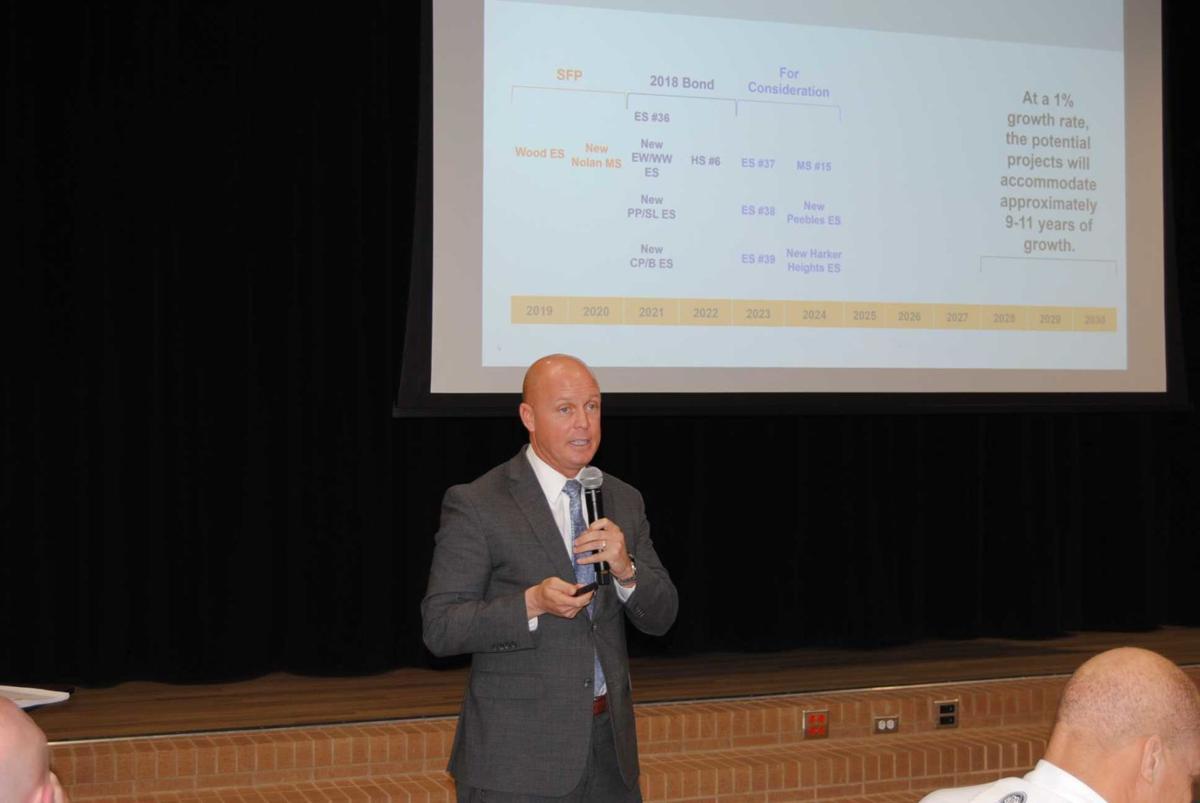 John Craft, the superintendent of KISD addresses the bond steering committee during its fourth meeting on Tuesday at Maude Moore Wood Elementary School. 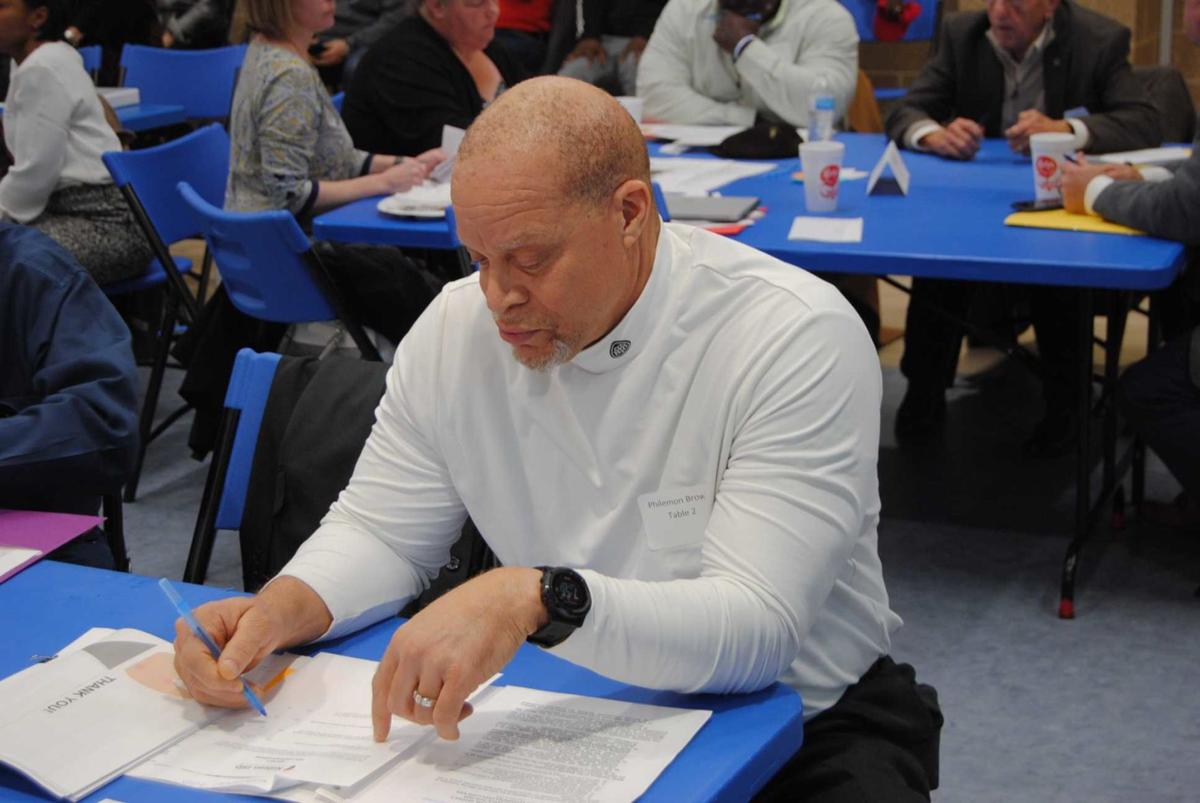 Members of the bond steering committee listen as they receive information during the fourth meeting of the committee on Tuesday at Maude Moore Wood Elementary School.

John Craft, the superintendent of KISD addresses the bond steering committee during its fourth meeting on Tuesday at Maude Moore Wood Elementary School.

That was the upshot of the fourth meeting of residents selected by the school district to serve as an advisory panel. A total of 53 votes were tallied of committee members who were polled for their opinions, and the vote was 50-3 in favor of presenting a recommendation to the board of trustees for two bond proposals that will total $265 million.

Meanwhile, the district will use existing funds for some projects that had been part of the bond discussion, Superintendent John Craft announced Tuesday.

Rather than waiting for the voters, KISD will use strategic facilities funds for the following projects:

-KISD will use existing money to build one new middle school and one new elementary school.

Not all members of the bond steering committee had been in favor of these projects.

Neither of those choices will go to the district’s voters.

Those projects will deplete the strategic facilities fund, which has drawn money from the federal Impact Aid, which is expected to be cut in half over the next few years.

Craft said that the district and the board of trustees have talked about using $10 million from the strategic facilities fund to increase the capacity of the athletic stadium at the new high school in south Killeen that will open in the fall of 2022 to 4,500 seats. The district would also upgrade other facilities at the new high school’s stadium to accommodate 6A high school football, according to Craft. That would put the remaining balance of the strategic facilities fund at around $108.2 million.

Craft suggested using $109 million from the strategic facilities fund to pay for one new middle school and one new elementary school. Both had been part of the original discussions for the 2020 bond.

The next step is for bond steering committee chairmen Brenda Coley, Bill Kliewer and Hal Schiffman to present the plan to the Board of Trustees for the Killeen Independent School District on Jan. 14. If the board approves a bond measure, their version of the measure would then go before voters who live in the district in May 2020.

The board would have until Feb. 14 to place the bond on the election ballot for May 2020.

On Tuesday, the district also presented results of its survey about the bond, conducted over the phone with Killeen residents.