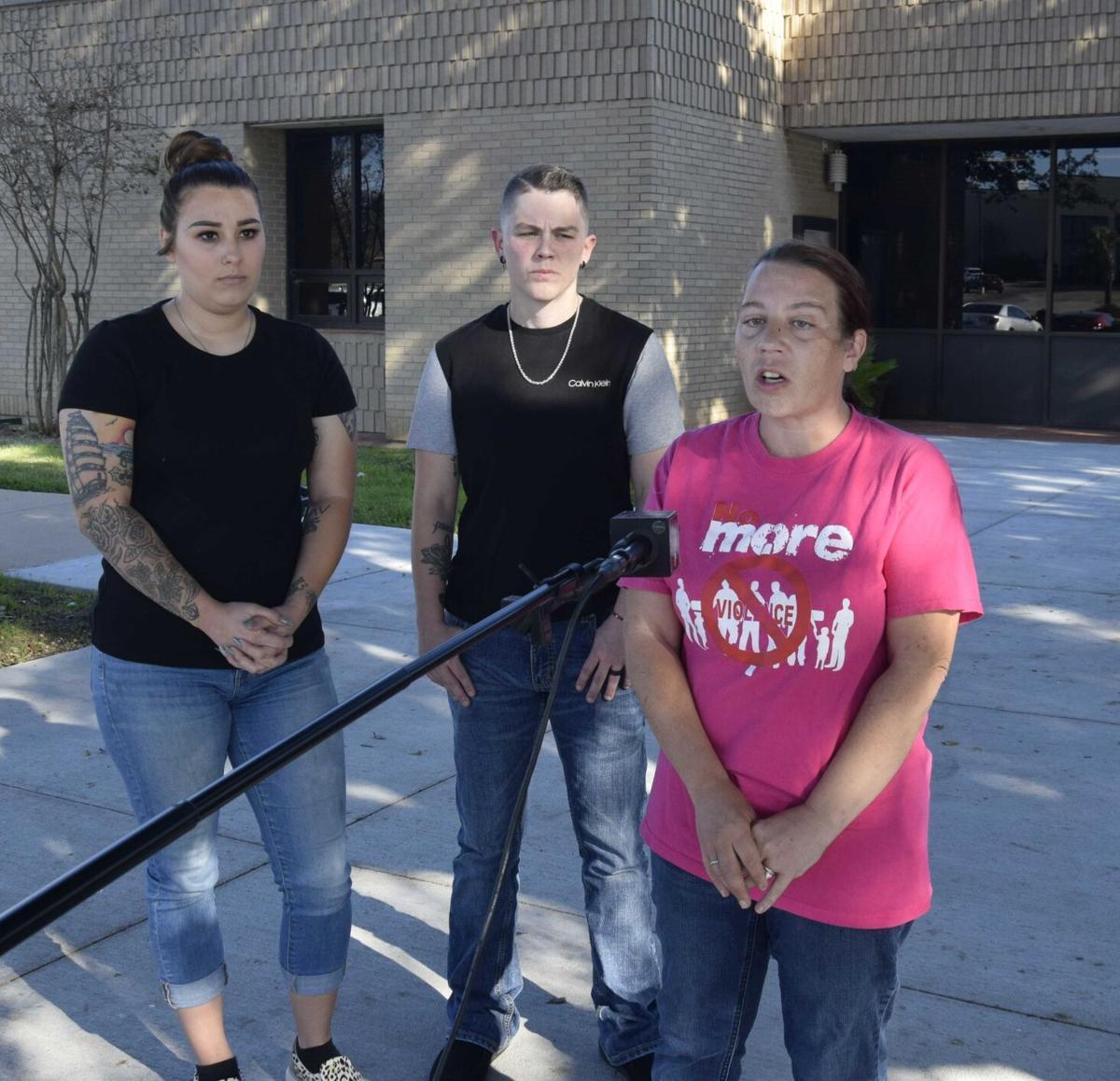 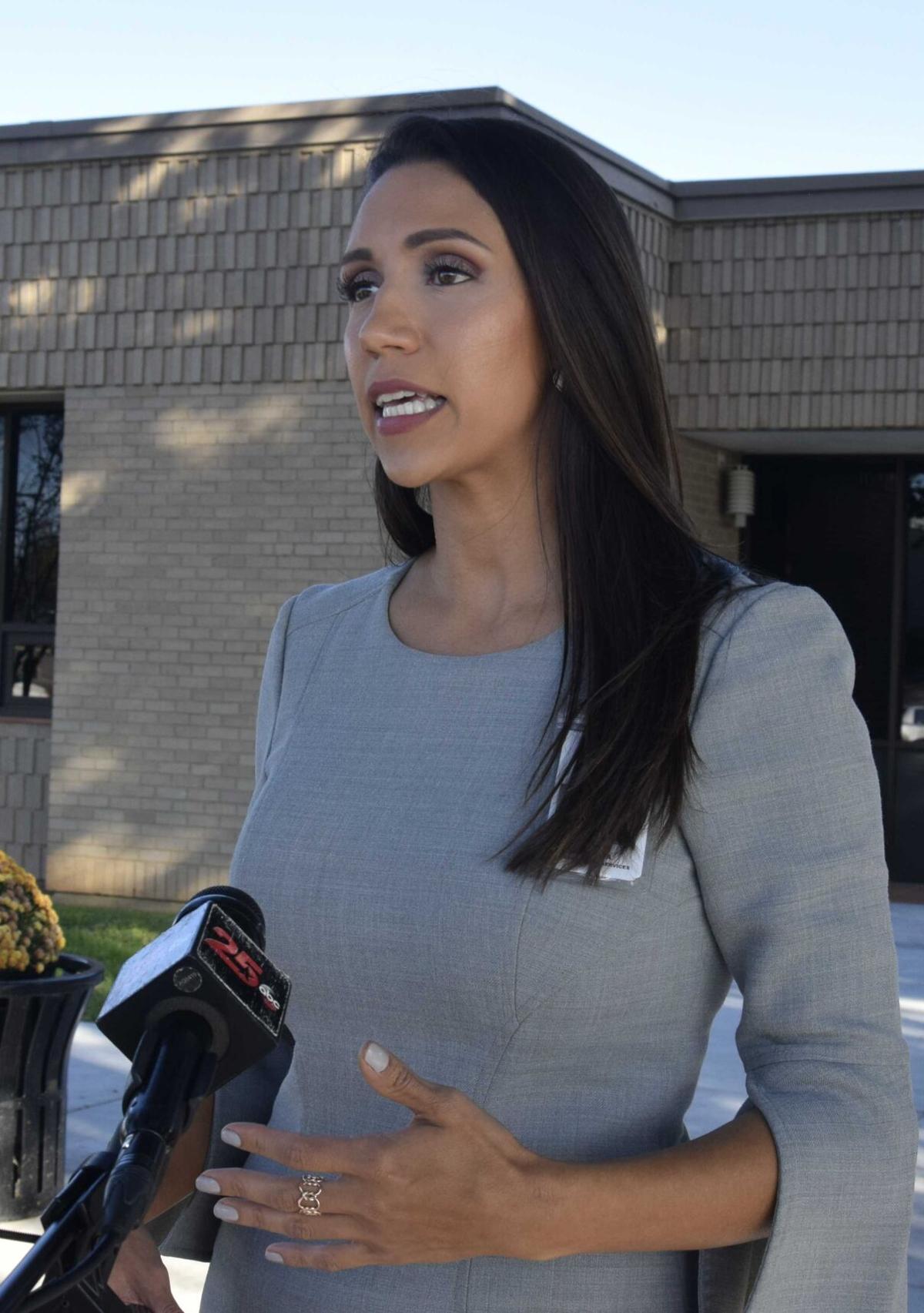 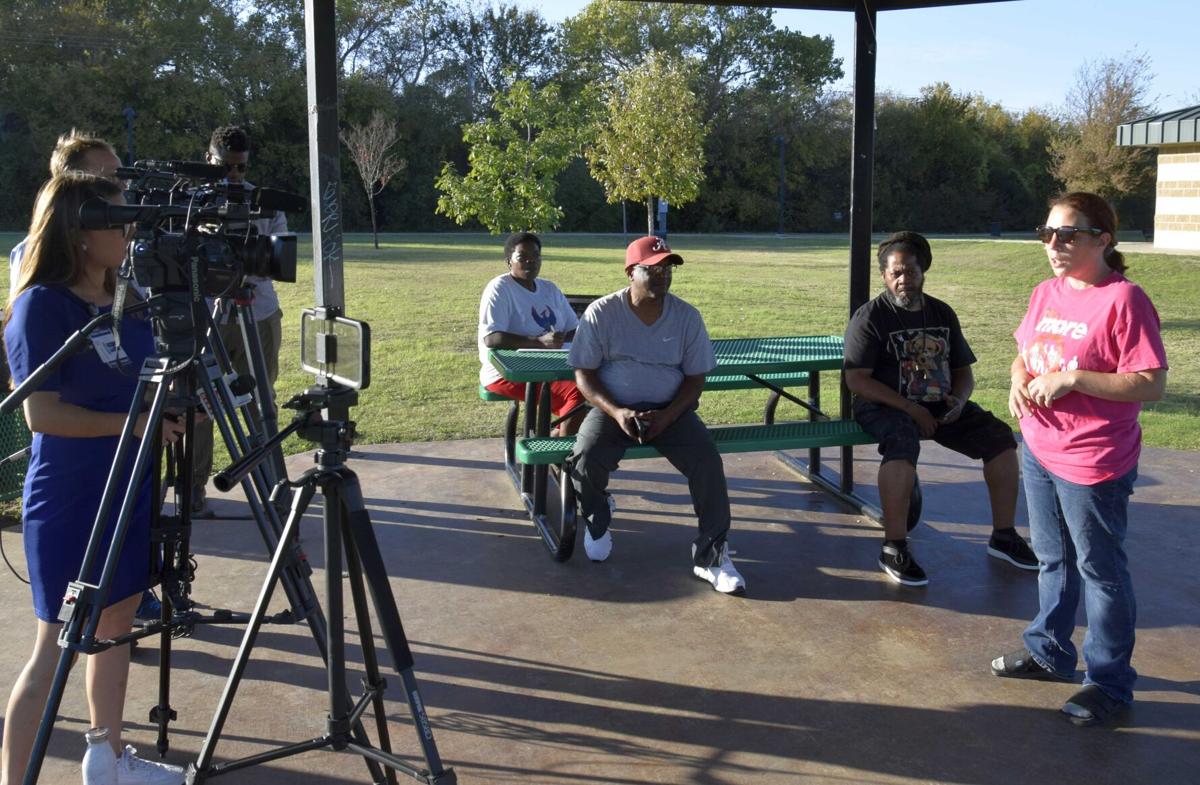 Killeen City Councilwoman Mellisa Brown, right, addressed a series of bullying incidents during a town hall held Wednesday afternoon at a community pavilion near Mickey's Dog Park. Brown said her daughter was choked by a student to the point of blacking out after school. Brown said she is pressing charges against the student. 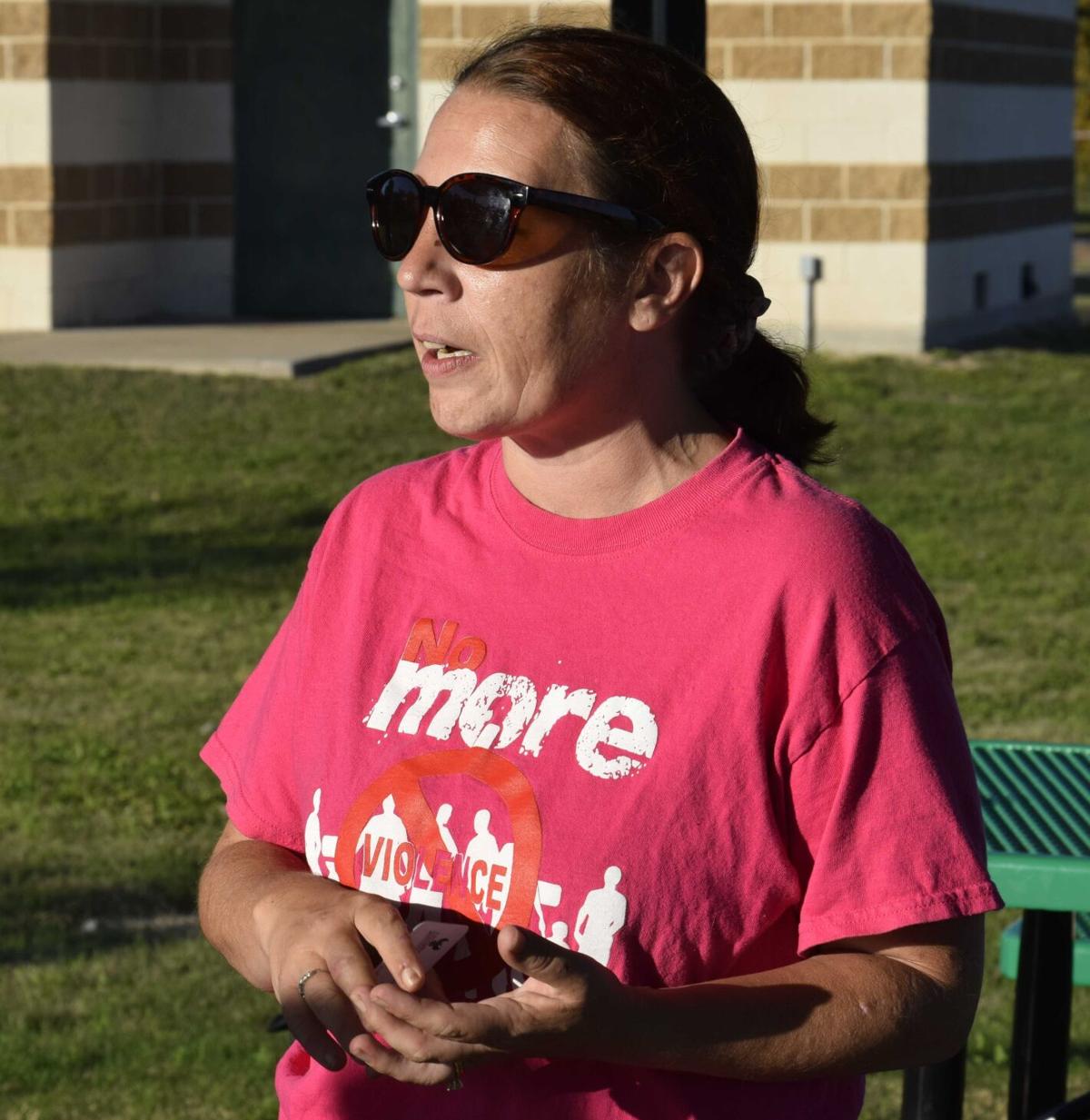 Killeen City Councilwoman Mellisa Brown addressed a series of bullying incidents during her town hall held Wednesday afternoon at a community pavilion near Mickey's Dog Park. Brown said her daughter was choked by a student to the point of blacking out after school. Brown said she is pressing charges against the student. 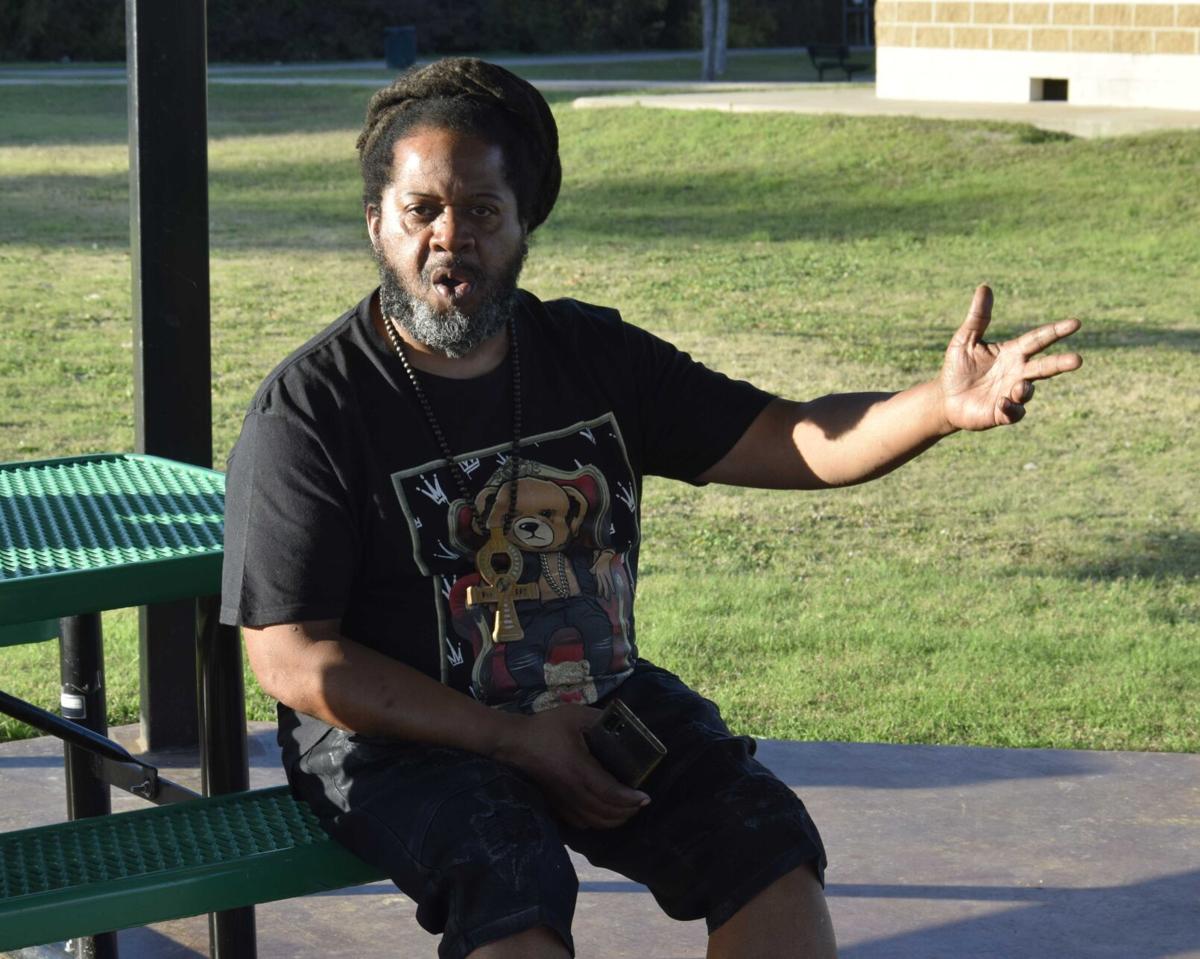 Jah Nice, a self-described mentor to young men, talked about the impact of mentoring children to break the cycle of violence at a young age during a town hall organized by Killeen City Councilwoman Mellisa Brown Wednesday afternoon. 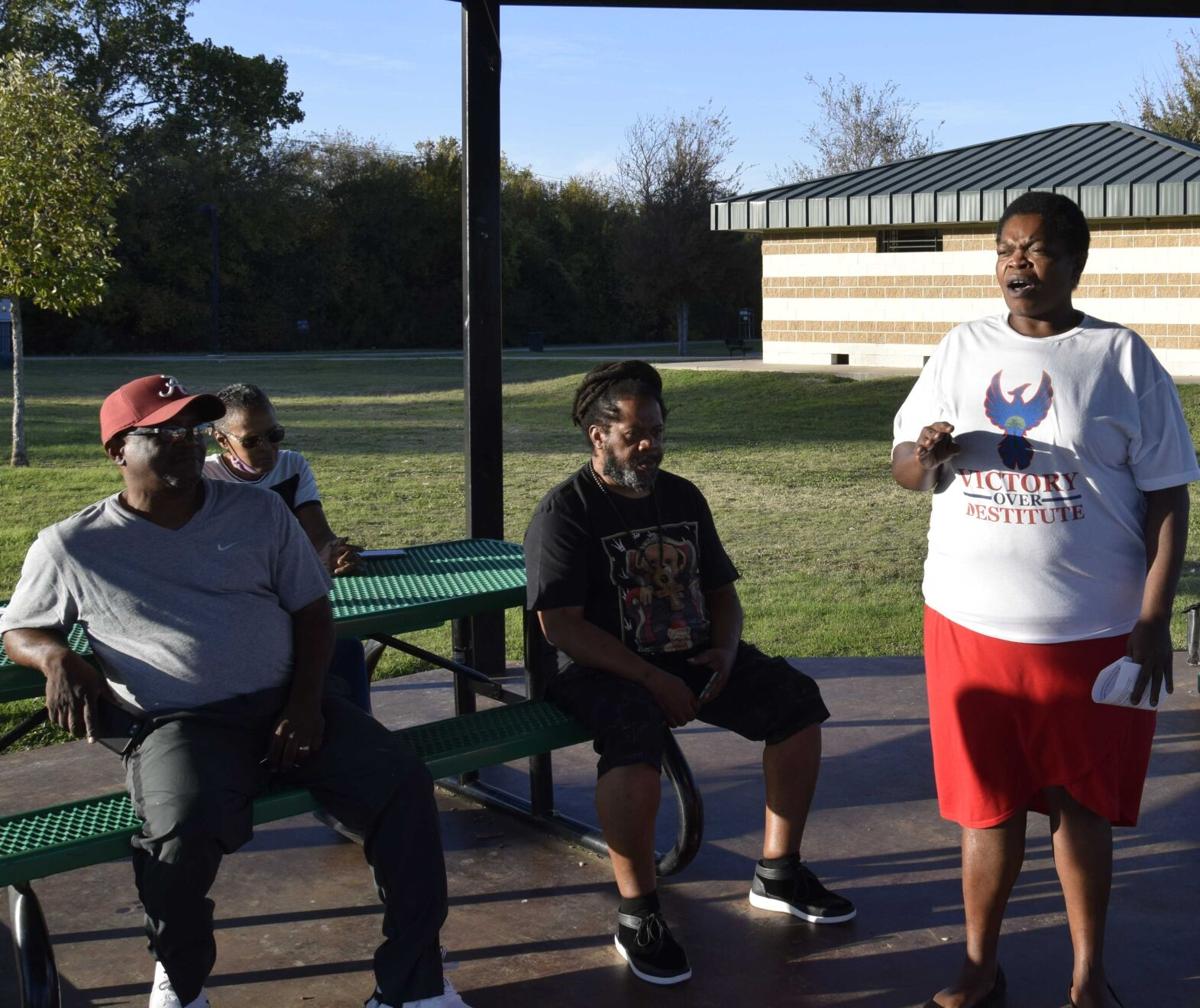 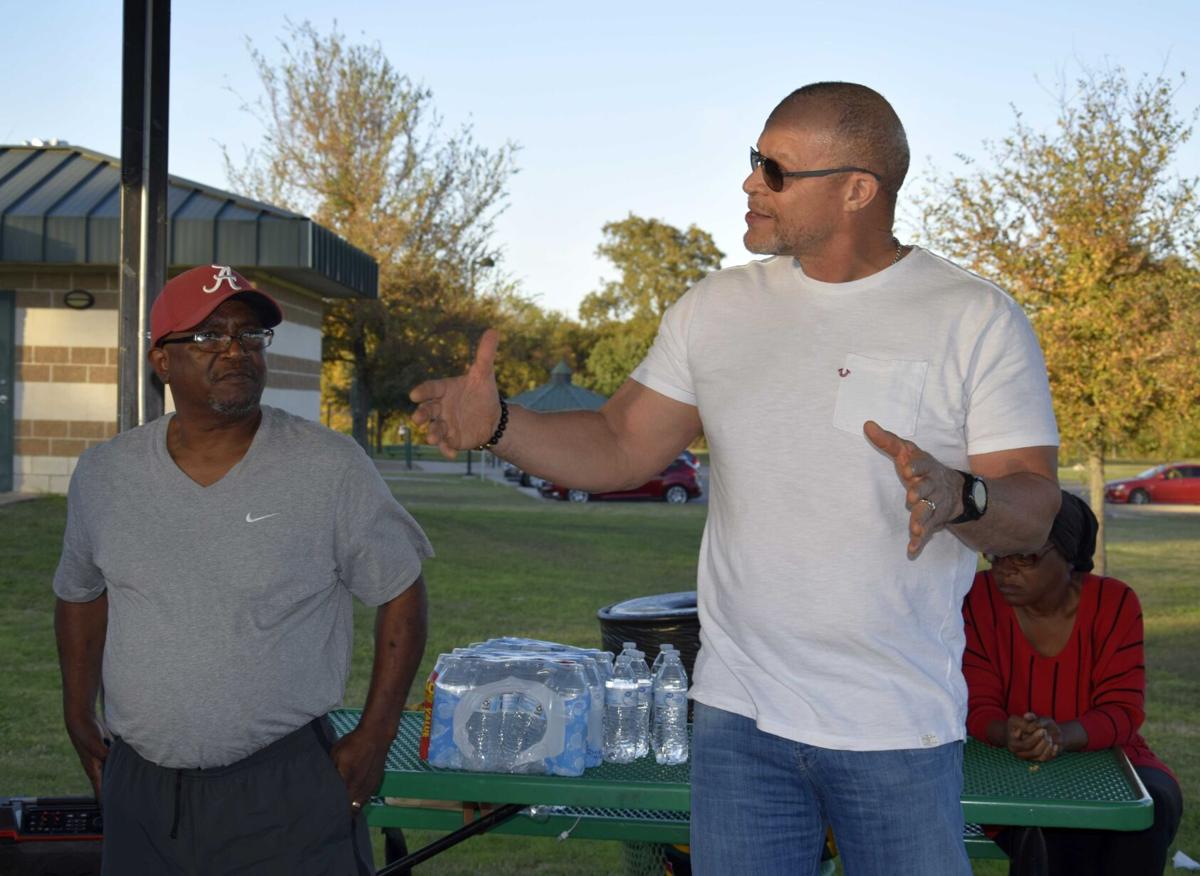 Killeen City Councilwoman Mellisa Brown, right, addressed a series of bullying incidents during a town hall held Wednesday afternoon at a community pavilion near Mickey's Dog Park. Brown said her daughter was choked by a student to the point of blacking out after school. Brown said she is pressing charges against the student.

Jah Nice, a self-described mentor to young men, talked about the impact of mentoring children to break the cycle of violence at a young age during a town hall organized by Killeen City Councilwoman Mellisa Brown Wednesday afternoon.

Brown said the partnership comes on the heels of her own family’s experience with bullying in the Killeen Independent School District, after her daughter was choked by a fellow student while walking home from school recently.

The decision to go public with her daughter’s assault was a tough one, Brown said.

“In the end, I realized that I have a voice and a position where people listen to me where some other parents don’t have that outlet,” she said. “It’d be really selfish of me to stay comfortable and keep it quiet, instead of coming public with it.”

Both Brown and another KISD mother, Hope Smith, shared their families’ experiences with bullying during an afternoon press conference in front of the KISD administration building about the topic prior to the town hall. Brown’s town hall came about a month after KISD held its own public forum regarding violence in the school community. Since the start of the 2021-22 school year, KISD has seen multiple weapons events at area schools, and students engaged in both assault and arson.

“Children don’t come forward and report bullying for very specific reasons,” Brown said. “There’s that fear of retaliation. There is that phrase in the classroom, ‘snitches get stitches,’ and we need to get away from that. That’s not okay.”

Brown said she encourages community organizations to partner with the school district to combat the issue of bullying.

“We can’t expect the school to do everything so we need to be willing to step in when they’re not able to,” she said. “When it doesn’t get handled at school, it spills out into the community. That’s when we have these fights, that’s when we have the brutality on the street, that’s when we have 14- and 15-year-olds who go down to Austin and shoot each other. If we can get it stopped before it starts, before it escalates to that point, then we can really make a difference.”

In June, a 19-year-old Killeen resident was arrested for his involvement in a fatal shooting on Austin’s famous Sixth-Street.

In an effort to curtail violence before it starts, Brown said she and Communities in Schools joined forces to offer a free art club to students in north Killeen beginning in March.

“We are starting it in the schools and the campuses in the 76541 area in north Killeen where we see a lot more of the violence occurring, and hopefully we’ll be able to expand it out after that,” she said.

Brown said she hopes the club will provide a positive outlet for students to express their emotions.

“As we identify needs, we will be able to have those mentors guide families and parents towards those resources we already have in our community,” she said. “It’s time to connect, it’s time to start talking about it, and it’s time to actually do something.”

The Rev. Philemon Brown, of Community Hands of Central Texas, encouraged parents to voice their concerns at future KISD school board meetings.

“We need to be more engaged in the school board meetings and let them (school board members) know that we are tired of their verbiage,” Philemon Brown said Wednesday. “Everything is not okay and now we have a child who is impacted. I’m sure all of us can remember those bad events we had back in school, until this day. Really, that’s trauma. So, we really need to do something. This time we really need to stand up, to move this needle, and say, ‘Hey, we’re tired of this. We want something better.’”

“I commend the parents for coming forward, because I think it is hard to not only tell your own story, but to really then ask other parents and say, ‘Let’s get involved,’” Maya said. “Whether it’s happened to your child or not, it’s something that everyone is going to have to play a part in if we’re going to be able to see some type of progress.”

Maya said KISD has a zero tolerance policy for bullying and that the district takes incidents of bullying seriously.

“That’s never acceptable on our campuses,” she said. “We work really hard to make sure that we protect our students.”

Well I don't have much to say about the bullying that is going on around her other than what I have previously said, except you managed to pull 2 more citizens than Councilman Williams did.

But I will say that I believe that trying to make the citizens of this city into a bunch of wimps with all of your talk of: 'Brown said she hopes the club will provide a positive outlet for students to express their emotions'. Let's all get together and play 'ring around the rosy' as a starter. In my day, well let's not talk about the old days.

There is assault and there is bullying. Neither are acceptable.

😲 wow, seems like Councilwoman Brown is always having bad luck.

I wonder if Kdhnews can get a copy of the police report with the childrens name blacked out. I just like many others would like to know more about what happened to Councilwoman Browns daughter, because the outcome of her case against the child could change how the city deals with bullies.