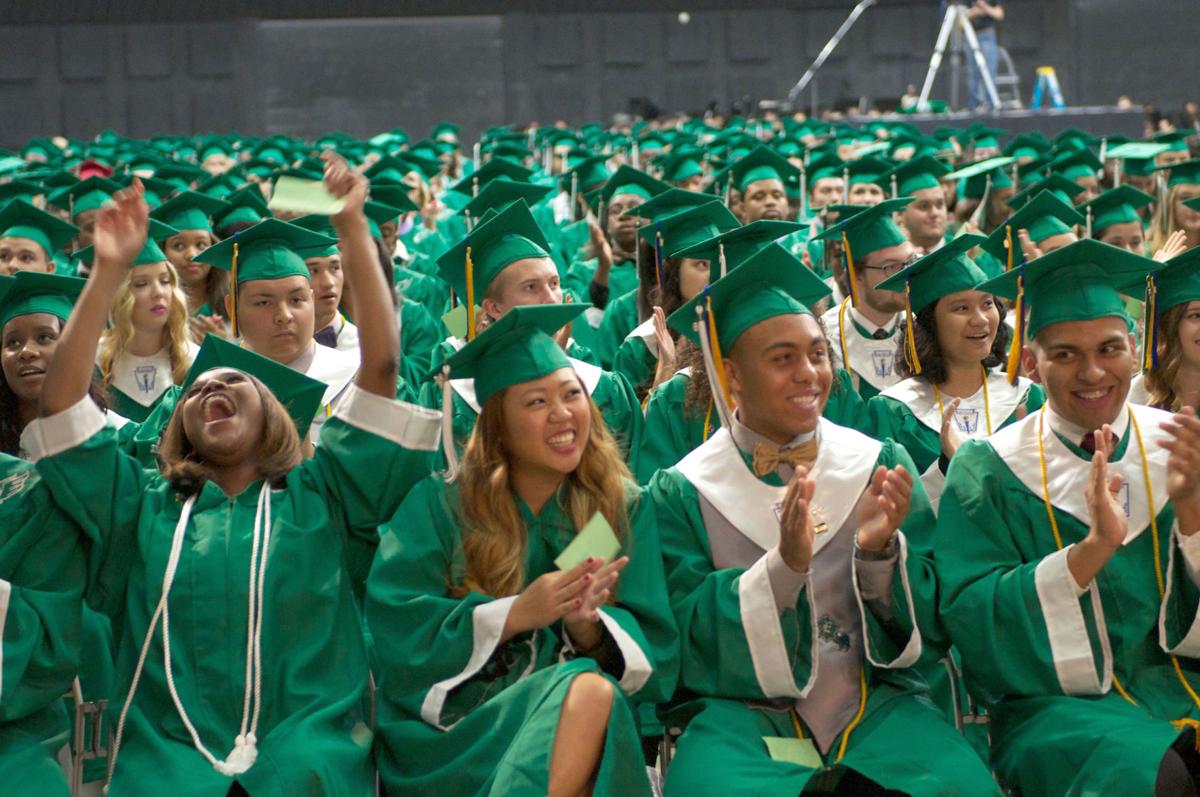 The Ellison High School Class of 2016 gets excited Saturday, June 4, 2016, during graduation exercises at the Bell County Expo Center in Belton. A total of 596 students stepped across the arena stage to receive their high school diploma. 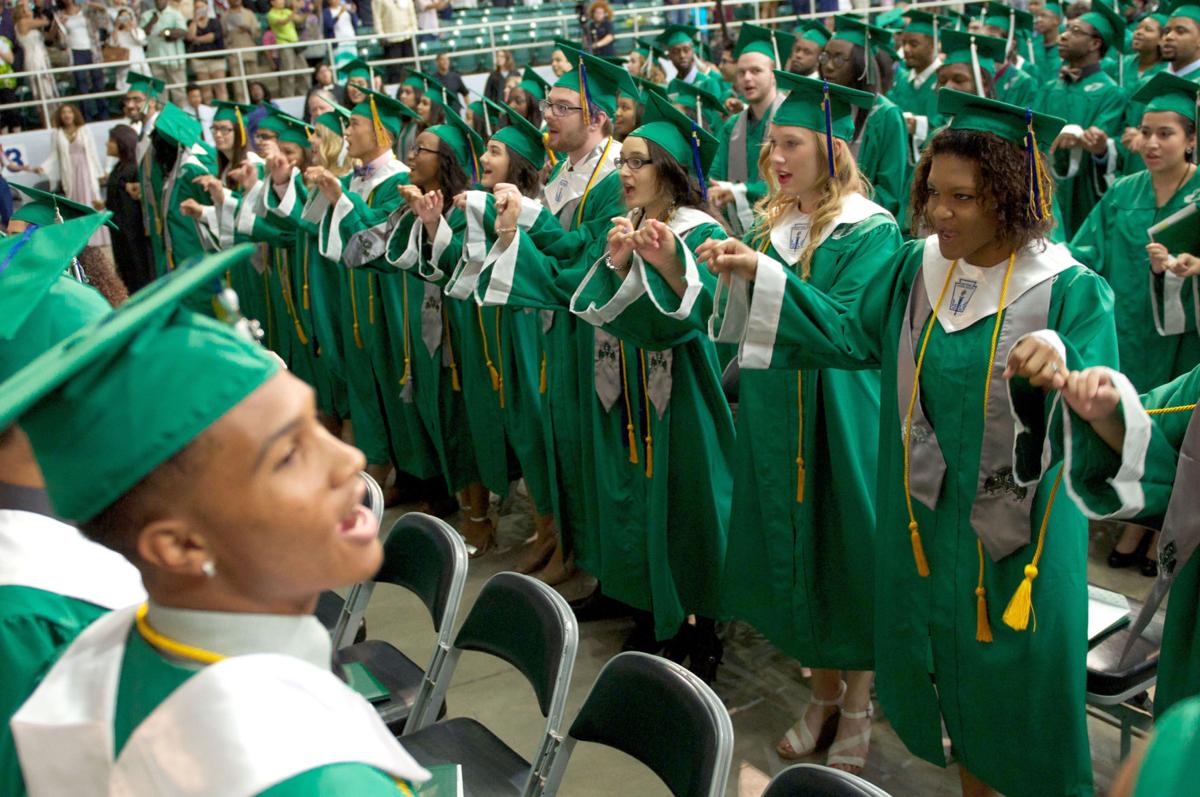 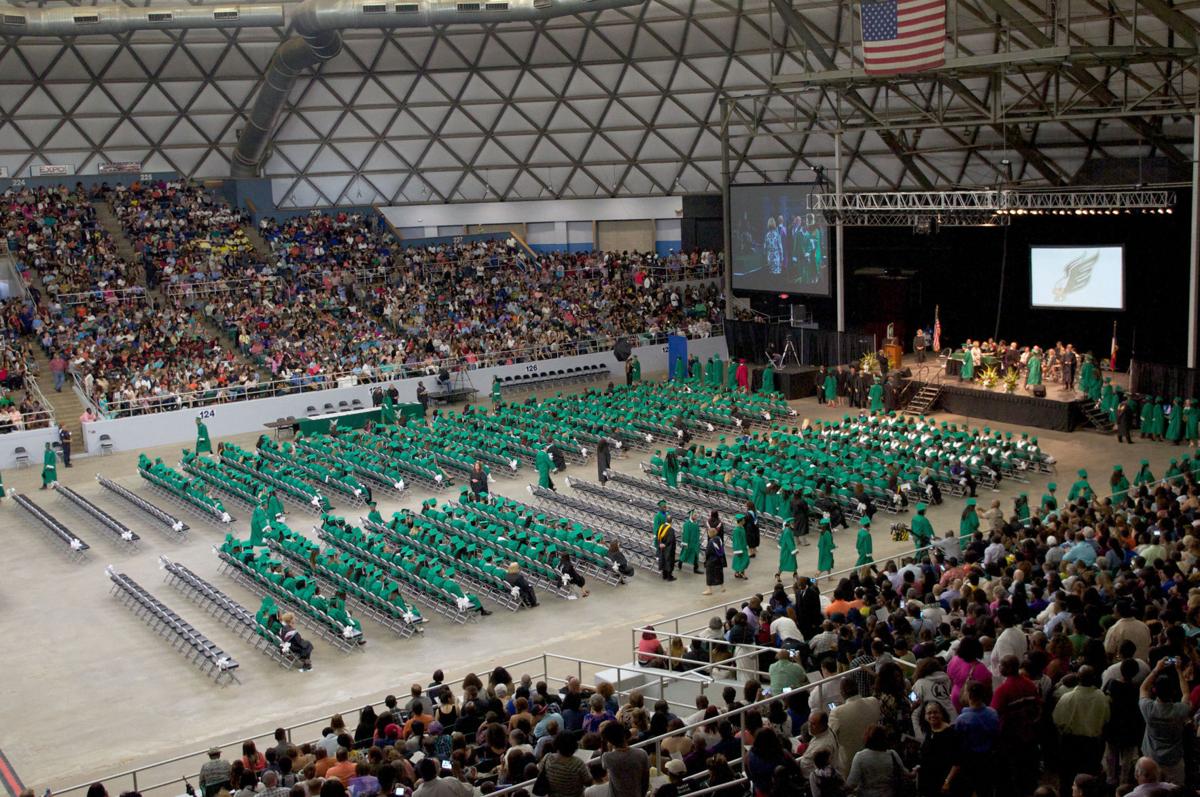 The Ellison High School Class of 2016 gets excited Saturday, June 4, 2016, during graduation exercises at the Bell County Expo Center in Belton. A total of 596 students stepped across the arena stage to receive their high school diploma.

BELTON — With words of congratulations on a milestone reached and admonition to make the world a better place, 596 seniors from Killeen’s Ellison High School walked across a stage and into the future during commencement Saturday.

As a generation known as millennials, she reminded graduates they have been surrounded all their lives by cutting-edge technology and have the ability to come up with innovative solutions to vexing problems.

Many in this generation, she said, grew up with highly involved “helicopter parents” who gave strong support as their children achieved a quality education.

She told her peers they are equipped for high achievement like ending diseases such as AIDS and finding solutions to depleting natural resources.

The top graduate of the Ellison Class of 2016 said the education students received from the Killeen Independent School District and programs like the Texas Bioscience Institute would be the envy of millions around the world.

“We have a quality education others would die for,” she said. “We have a pathway others don’t have access to.”

Salutatorian Chris Trujillo was similarly positive. He told his classmates they were each created for a purpose and that whatever life throws at them they have the tools to overcome adversity.

He urged his classmates to believe in and to protect their dreams. “All have the potential to do something great,” he said.

The graduate candidates, dressed in green caps and gowns, stepped into the Bell County Expo Center arena to an appreciative and vocal crowd.

“It’s exciting to see everyone here together,” Kazmi said as students gathered in the Expo Center assembly hall prior to the ceremony.

She said she would take with her lifelong friendships made at Ellison.

“It feels great to be here after four years of work,” said Trujillo prior to the ceremony. “It’s finally done. We’ve reached a milestone. I’m excited to spend time with friends I might not see again.”

At the end, preparing to recess from the assembly hall floor, new graduate Basel Kesbeh said his memories of high school would be about friends.

“It’s exciting and a huge relief,” he said. “I look forward to meeting new friends and keeping up with old ones. Mostly I’ll remember the friends I’ve had since freshman year. I’ll remember this day most of all.”