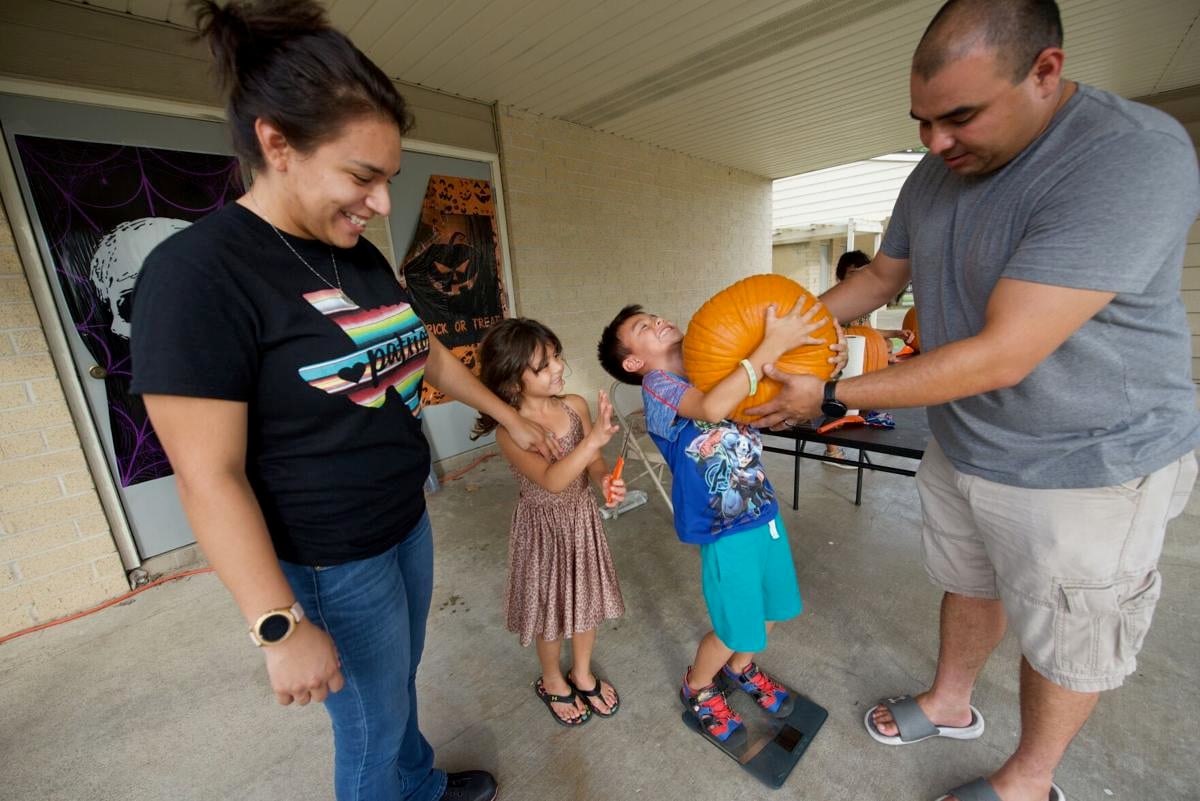 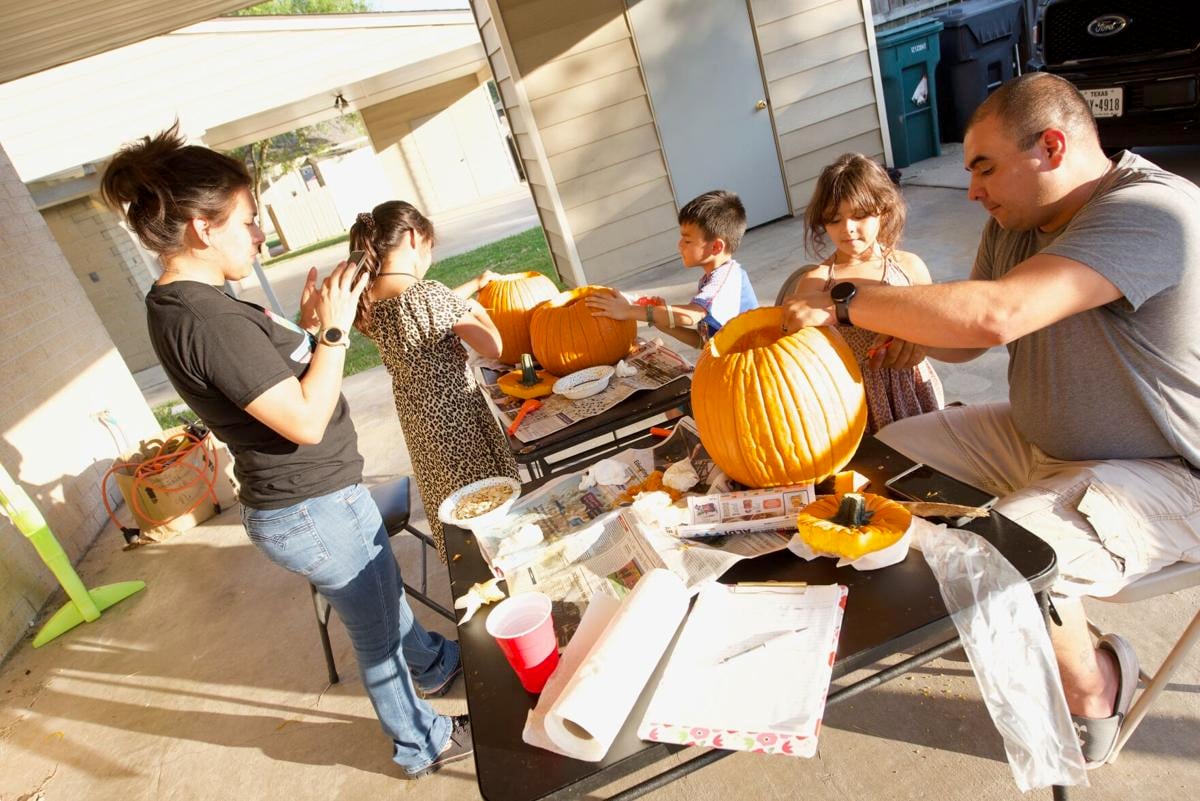 A total of 62 families participated in the scheduled event Oct. 8 measuring and weighing pumpkins and counting the outer seams and the inner seeds.

Videos, which teachers recorded in advance, directed participants to estimate the figures before measuring and counting.

The Robledo family of Fort Hood — parents Lorenzo and Maddy with kindergarten student Melody, second-grader Tony and third-grader Bella — used the carport of their home to weigh, measure, cut and carve pumpkins.

At the end, the family carved faces into the pumpkins, with the parents handling the knives.

Meadows first-grade teacher Jessica Amsbaugh was one of the teachers who recorded “pumpkin math” lessons.”

Her two daughters, a first- and fifth-grader, joined her on the front porch of their home to direct viewers to estimate the number of seeds in their pumpkins, before chopping off the top and digging out the slimy insides to find out the actual number.

The school left the videos through the long weekend.

“We wanted to give families examples of what they can do at home,” Amsbaugh said.

The Robledo family took turns weighing each child then weighing them with their pumpkin. They also measured width and height and counted seams and seeds before cutting into the pumpkins.

“Mr. Self does a great job of making it fun,” the first-grade teacher said. “It’s a cool math activity you can practice at home. If they are having fun, they don’t realize they are learning.”

Normally, Meadows hosts a family math night with a variety of stations and game instructions that participants can take home.

Plans are in the works for families to decorate pumpkins like favorite book characters later in the month.