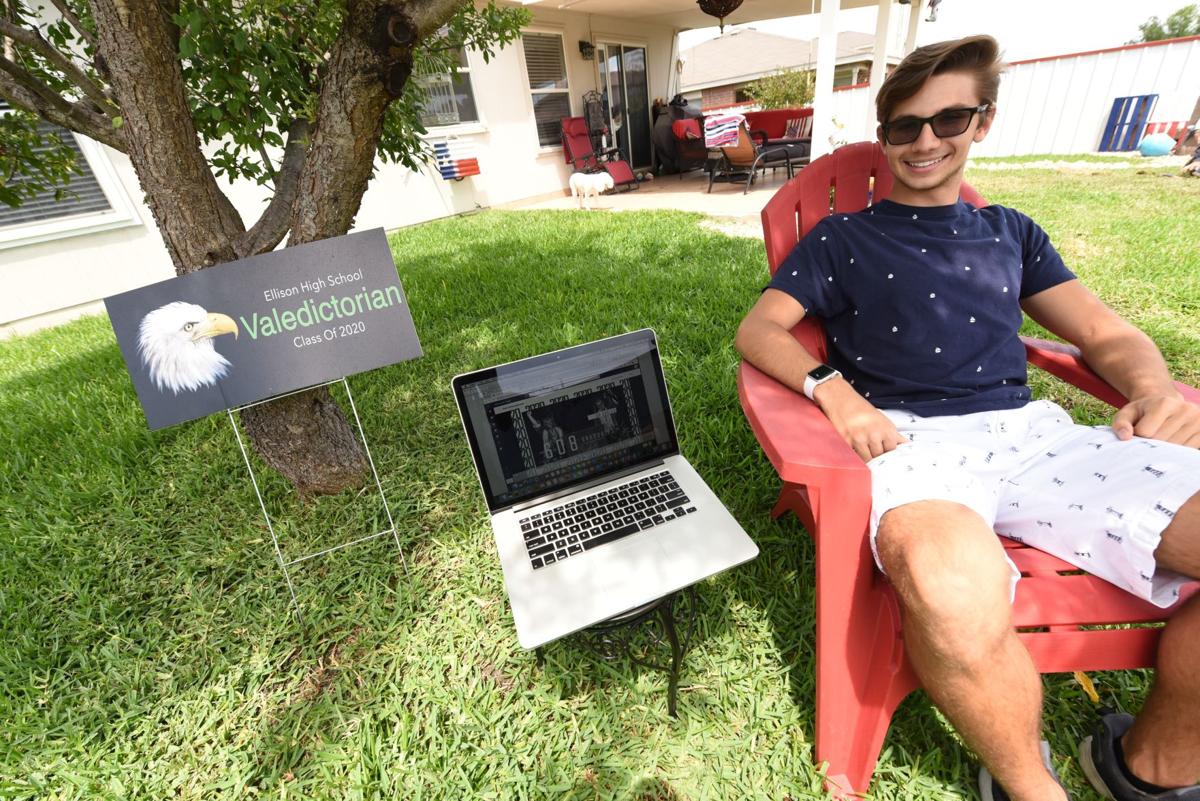 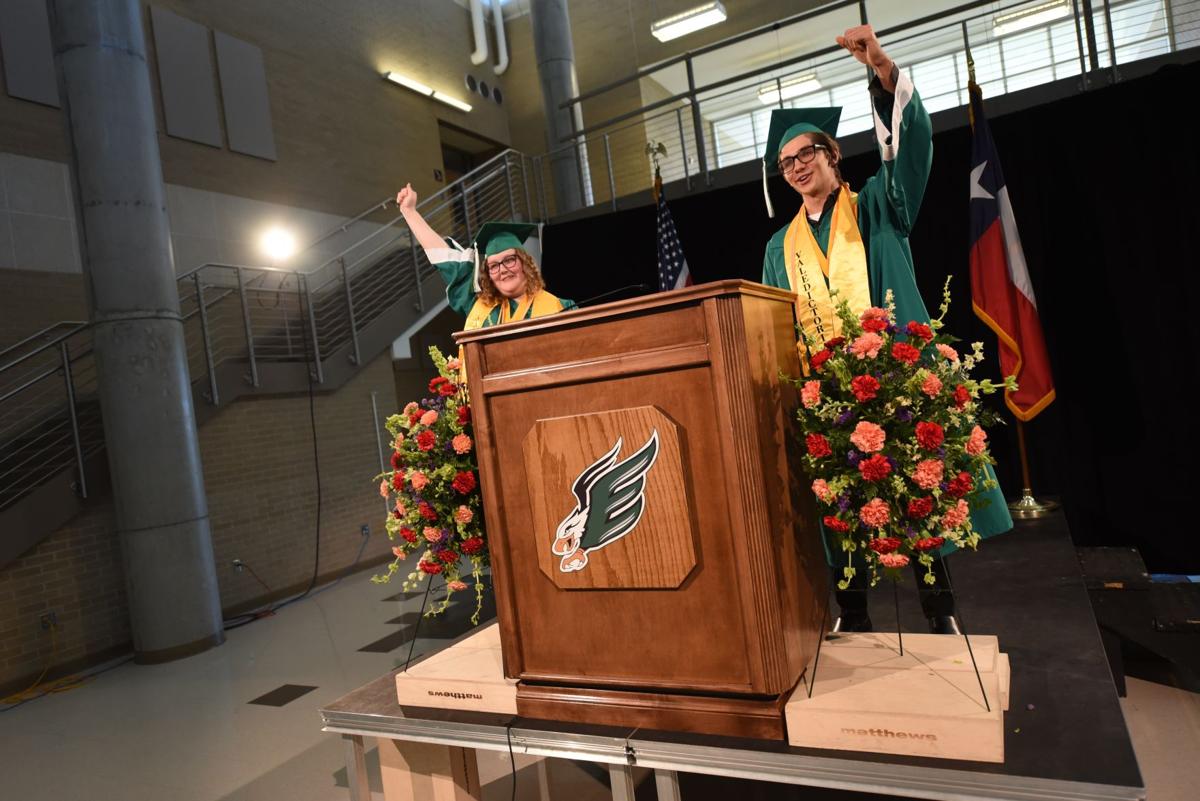 The highest-ranking Ellison High School Class of 2020 seniors encouraged their peers to maintain optimism, to take pride in past accomplishments and to exercise hope for a bright future.

The top graduate began with what he acknowledged was a bad joke. Though he excels at math, Quinn said he could never trust a math teacher who uses graphing paper because they always seem to be plotting something.

In a season defined by a pandemic that wiped away prom, senior trip and other traditions, he said a joke seemed especially appropriate to illustrate that temporary setbacks can’t steal future joy.

“Choose to take the reins of life,” he said, showing that “a bright future might not be far away. This situation will not be the obstacle that steals our happiness.”

The Ellison valedictorian encouraged classmates to celebrate their accomplishment, to smile, to joke, to thank numerous supporters and to look toward a day when we will hug each other a little more than we did before.

Anderson, the class’ second-ranked senior, also referenced COVID-19 and said the unlikely experience should teach us all not to take life for granted.

“If there’s one thing to take away from this period of social distancing,” she said, “it’s to not take life for granted. You never know what might happen; at any moment, your entire world could change.”

“Was there an opportunity you didn’t take or a person you didn’t spend enough time with? You should live every day like it’s your last so you don’t have any regrets,” she said.

“Don’t beat yourself up,” said Anderson, urging her peers to keep learning into adulthood and to live life to the fullest.

Between yardwork and training for a summer job, Quinn joined his parents Saturday to watch the afternoon graduation ceremony and eat the cake his mother baked. He and his friends decided to keep the day low-key, but plan to get together when gatherings resume.

“There are a lot of small get-togethers today,” he said. “We’re trying to plan later for a proper goodbye. We’ve been texting today. We’re happy we met each other and hope to do something together soon.”

Ellison Senior Class President Ryan Batista provided a closing statement in the commencement. He said the moment was a joyous one for graduates that should bring laughter and recall fond memories. “Nothing can take away this monumental moment from us,” he said.

Quoting former First Lady Eleanor Roosevelt, he said “the future belongs to those who believe in the beauty of their dreams.”

The Ellison graduation was the first of two launched Saturday, following the Early College High School ceremony Friday and preceding two more Sunday — Shoemaker at 2 p.m. and Killeen at 7 p.m.