Along with other district employees, Killeen Independent School District Superintendent John Craft will also receive a 3.5% raise in accordance with his current contract.

The raise comes after the Killeen ISD school board unanimously approved a series of pay raises and incentives for district employees Tuesday. Read more here: https://bit.ly/3uM5cL0.

Beginning July 1, according to the district, all district employees will receive a 3.5% general pay increase.

Craft has held the position of superintendent of KISD since the 2014-15 school year, overseeing the education of over 40,000 students and the working conditions of about 6,800 district employees.

When asked for confirmation of the superintendent’s pay raise, district spokeswoman Taina Maya referred the Herald to his current contract which is posted online. 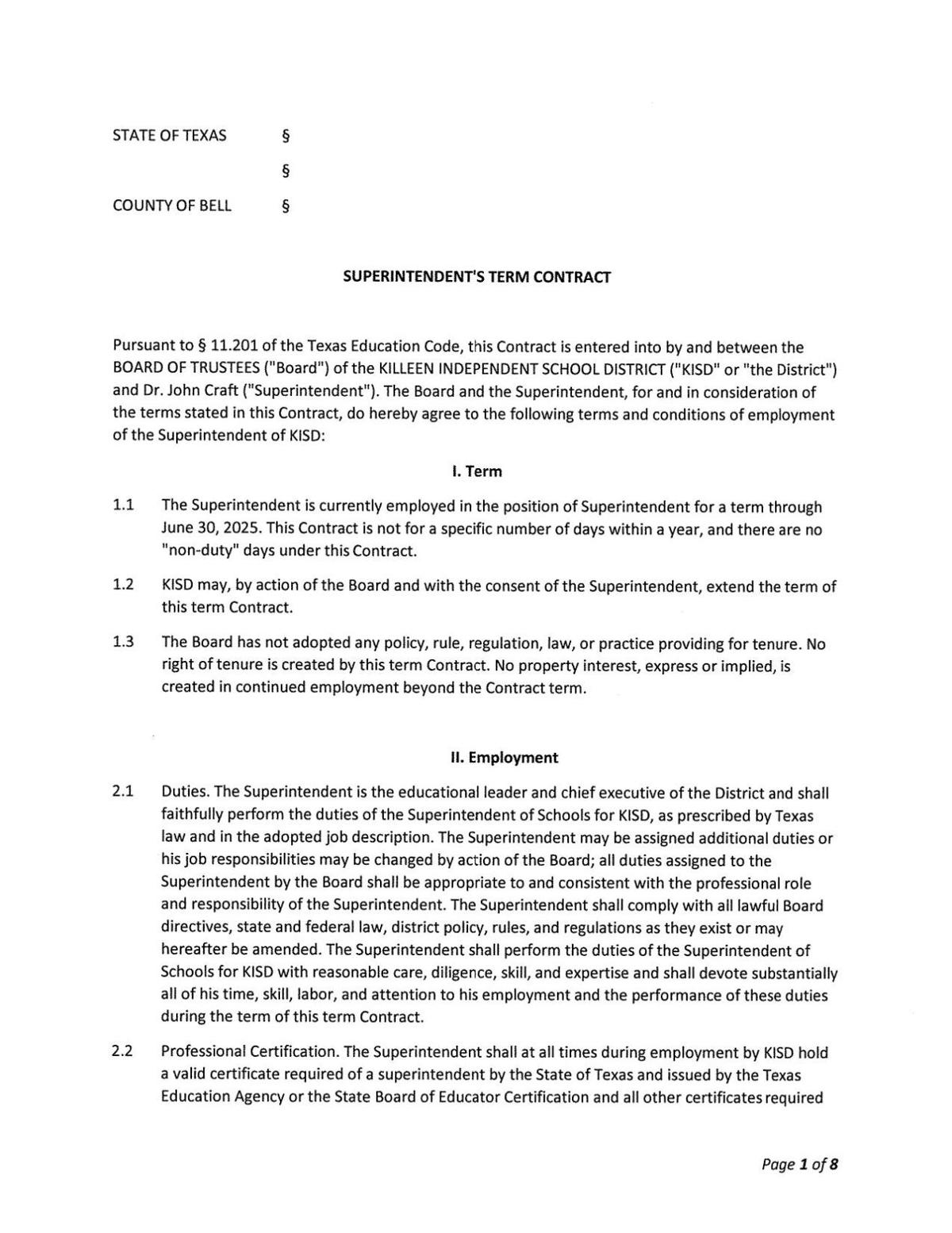 According to his contract, Craft is eligible to receive a raise this school year.

“The superintendent shall receive the same percentage salary increase as granted to the category of professional employees (teachers and certified administrators) in 2021,” the contract states.

Craft is currently one of the highest paid superintendents in the state of Texas.

According to the Herald’s analysis of 2019-2020 data from the Texas Education Agency, his $310,000 annual salary was higher than 96% of the superintendents of Texas public and open enrollment charter schools. See the full list of superintendents’ pay here: rptsvr1.tea.texas.gov/adhocrpt/adpea.html

The Herald asked the district for a comment on the superintendent’s pay increase but had not received a response as of 11 a.m. Thursday morning.

That guy is garbage and that's why the majority of KISD employees dislike him.