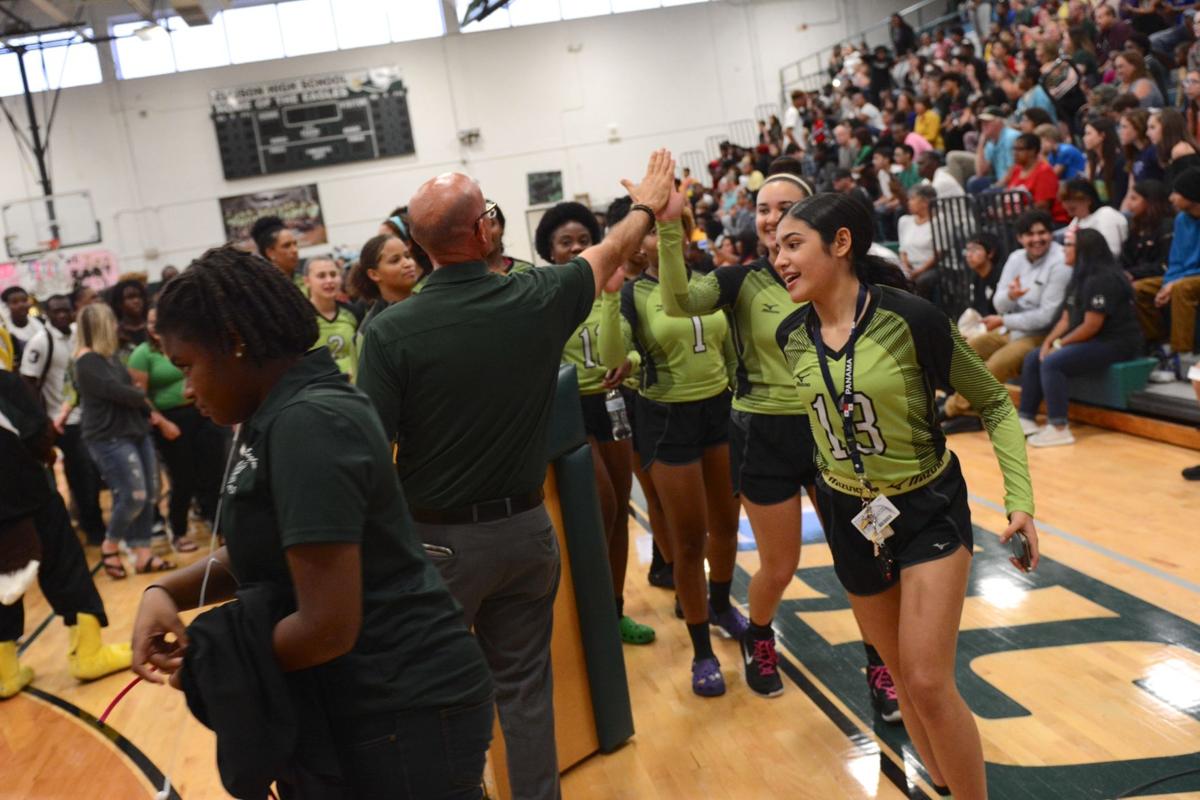 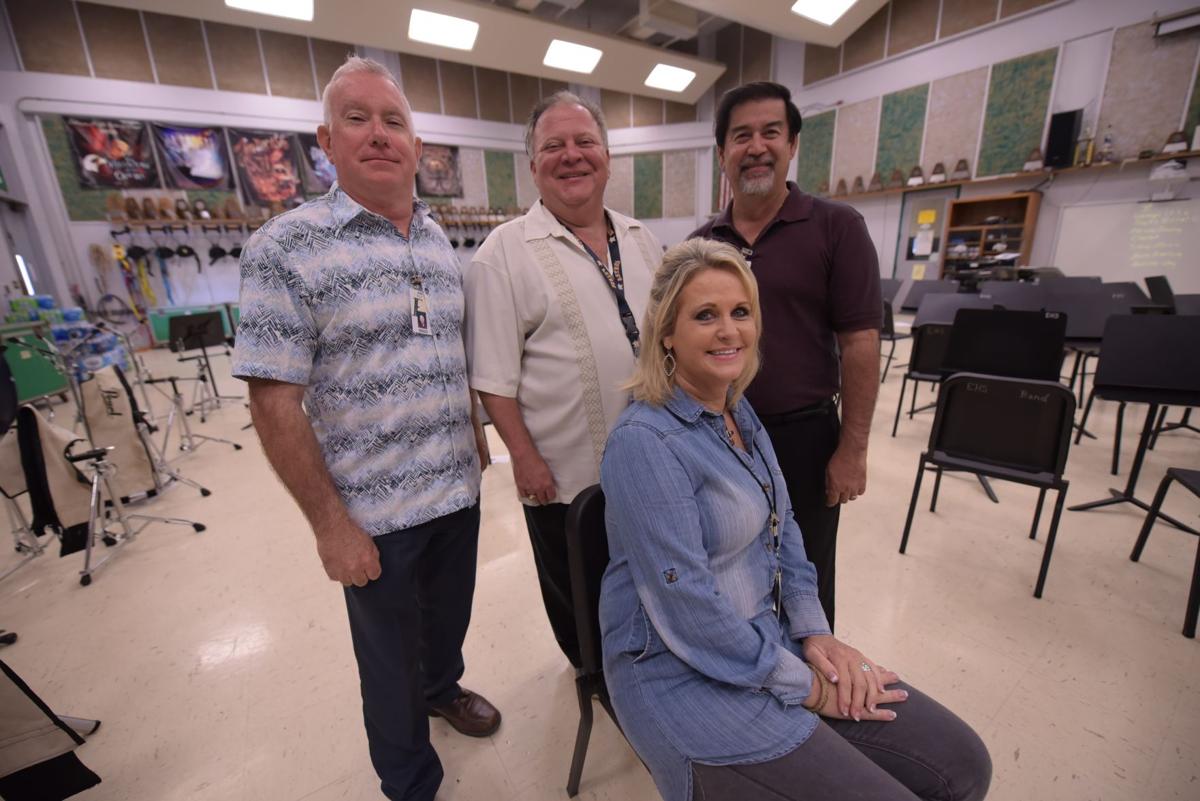 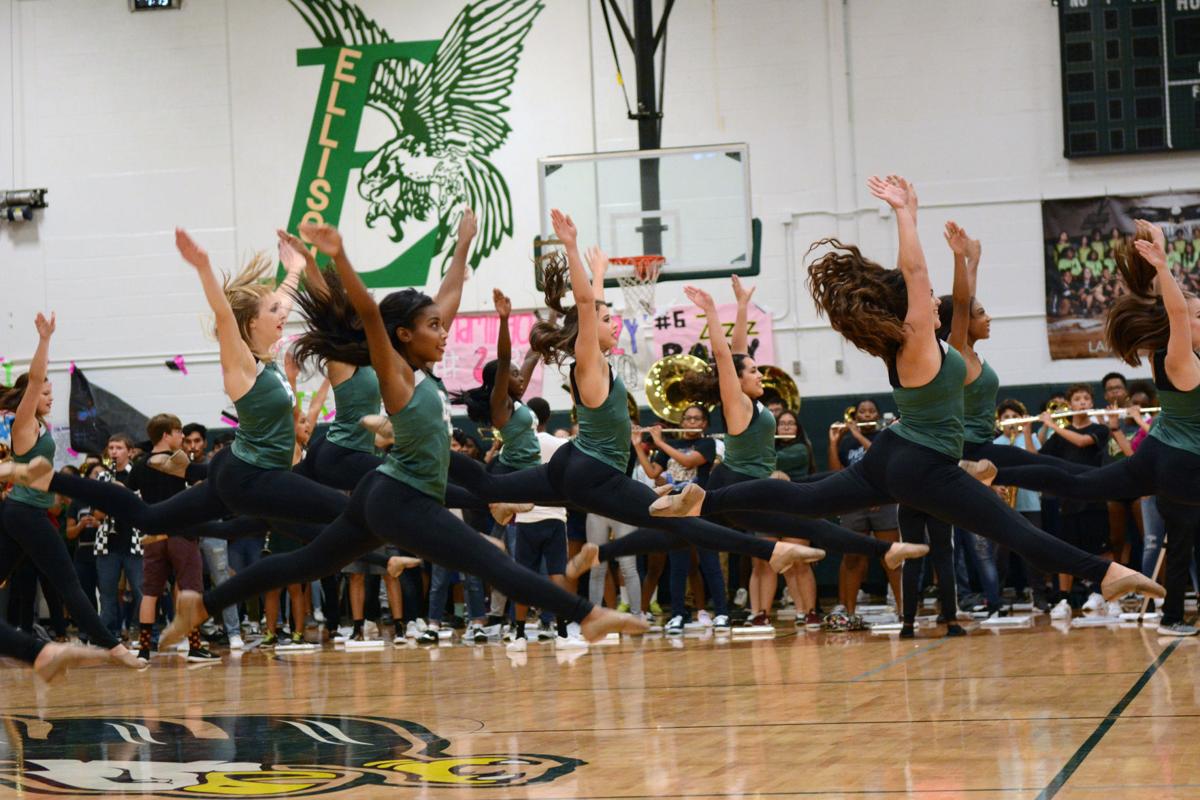 Honoring tradition is taking on a bigger focus than usual this year at Ellison High School, celebrating its 40th anniversary.

In a relatively new tradition on Oct. 10, the Eagles got rowdy during Homecoming Extravaganza with inflatables, carnival games and a DJ inside the lobby followed by a pep rally in the gym.

During the rally, Principal David Dominguez continued to charge up the crowd, recognizing alumni from each decade and introducing the current Ellison Eagles from all fall sports.

Campus Athletic Coordinator Todd Wright pointed out the hard work students put in all semester, with more than 1,000 Ellison students taking part in sports and other UIL extra-curricular activities.

The Ellison faithful also honored the homecoming court for freshmen, sophomore and junior representatives and announced senior king and queen candidates to be crowned at the Friday night homecoming football game.

LINK TO THE PAST

Around the Ellison hallways and classrooms today, four current teachers remember that first year. They were students when the district’s second high school opened.

During lunch Thursday, they gathered in the band hall for a photo and remembered those early years, or tried to remember.

They recalled the excitement of a new school and how utterly away from town it was at that time, the end of the city limits. There was no Killeen Mall and U.S. Highway 190 was new.

“What I remember most is that it was exciting to start a new school and it was the first year that freshmen were in high school,” Wells said. “It was all big and nice.” Her father, Carrol Moffatt was the school’s first band director.

Irwin remembered that Ellison was the first school in the area with air conditioning and carpet.

The two band directors recalled there was no auditorium when the school first opened and that the commons area was leveled like an amphitheater and served as the school’s stage for concerts and performances.

They remembered that the “Screaming Eagles” was Ellison’s original mascot, which the band continues to use. The school color was kelly green in the beginning, but has changed shades over the years.

Ellison High School, the second high school built in Killeen ISD, opened in August 1978. It was named for former Superintendent C.E. Ellison, who served in that capacity from 1953 to 1973, according to historical documentation. The first principal was John Driver.

Longevity has been a hallmark at Ellison. Dominguez is just the third principal, following Driver and Marvin Rainwater.

In a local history book called “Killeen: Tale of Two Cities,” a photo of the school’s groundbreaking in 1976 appears to take place in an empty field at the intersection of Elms and Trimmier roads.

The local history calls the opening of a second high school in Killeen “probably the most remarkable achievement during the past dozen years.” The book, published in 1984 at the centennial of the city of Killeen, indicates that many people worried the new high school would negatively affect high school sports.

The narrative by Gra’Delle Duncan goes on to report that the Killeen Kangaroos and Ellison Eagles maintained strong sports teams with active boosters and fans. The school district’s enrollment in 1982, the book says, was 17,139 compared to today’s 45,000.

In History of Bell County Schools, an earlier local history, published in 1976, the narrative refers to C.E. Ellison High School in the future tense.

Under Superintendent Clarence Ham, the school district reviewed secondary curriculum, concluding the need for an additional high school, according to the publication.

Part of the transition involved moving ninth-graders from junior high schools to the high schools and converting to sixth- through eighth-grade middle schools. Enrollment in 1976, the book reports, was almost 16,000.

Ellison athletes rallied together and raised funds for Breast Cancer Awareness Month. The football and volleyball teams combined for just over…