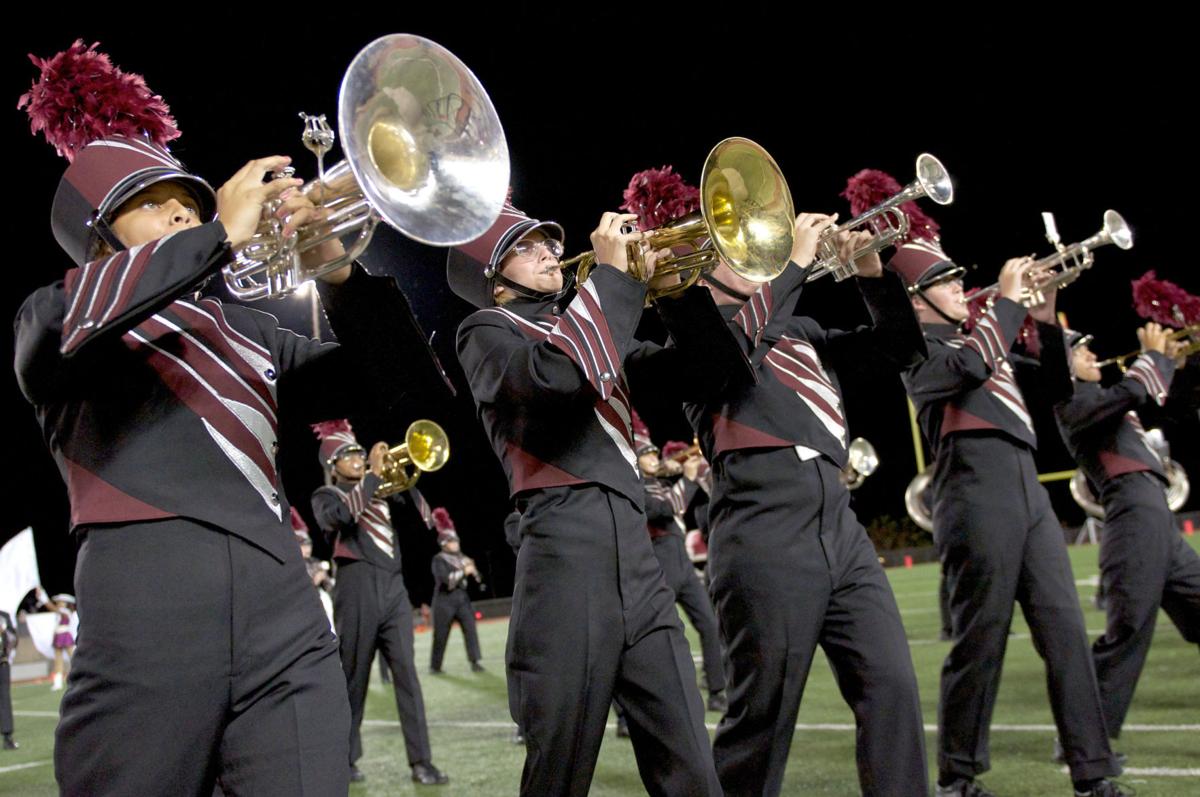 The Killeen High School marching band performs during halftime of a football game Sept. 29 at Leo Buckley Stadium. The four Killeen Independent School District high school bands, along with many more across the state are perfecting their shows in preparation for a series of UIL marching contests this month leading to the state contest. 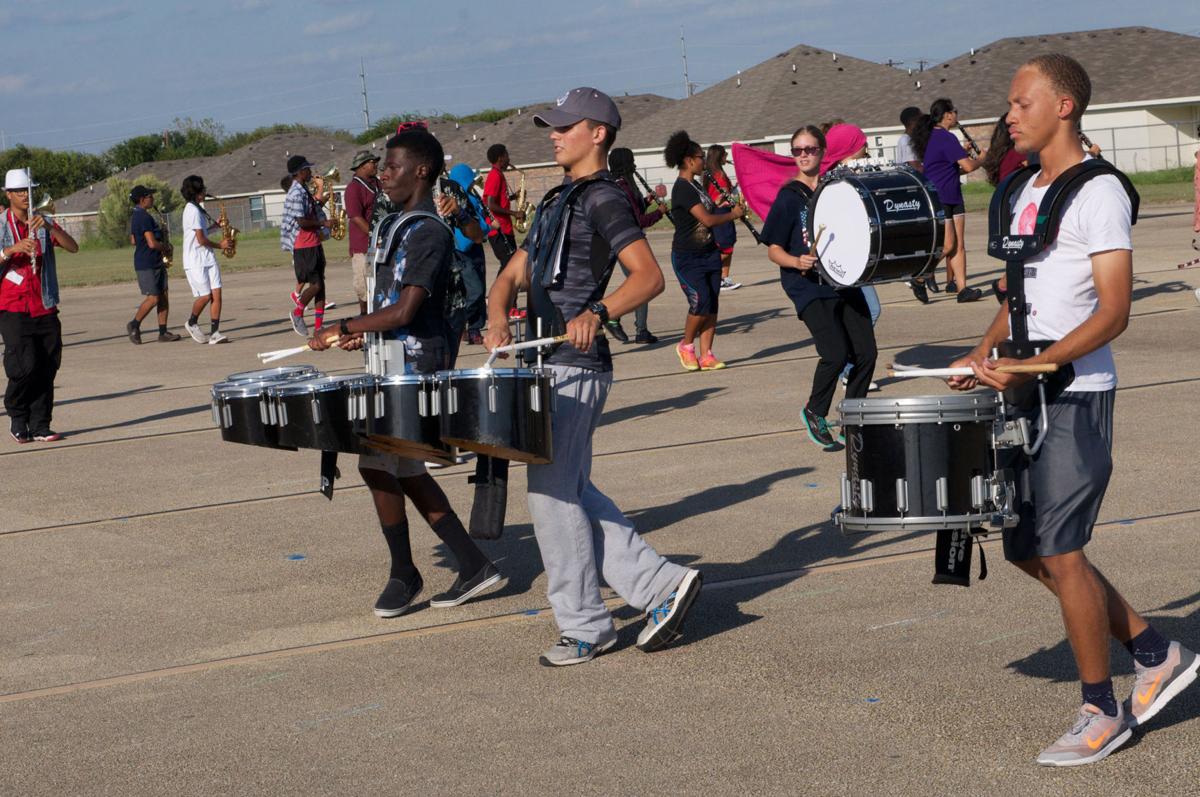 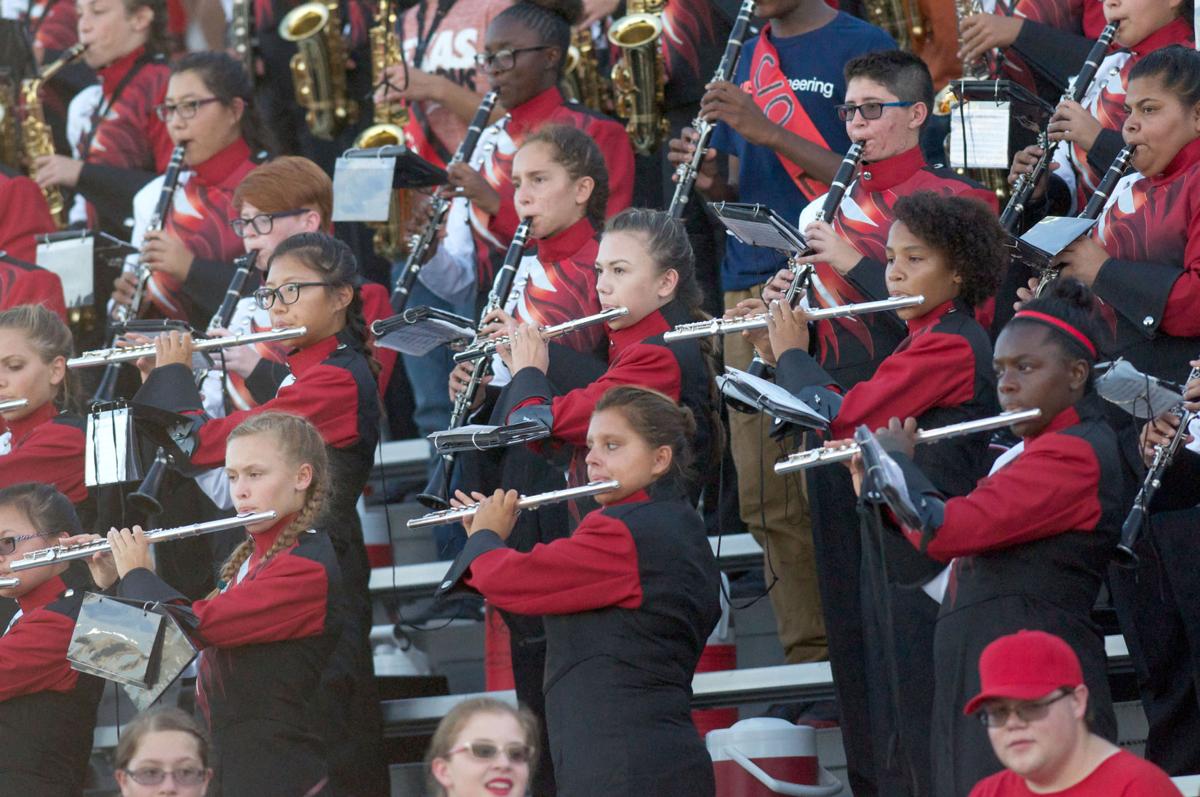 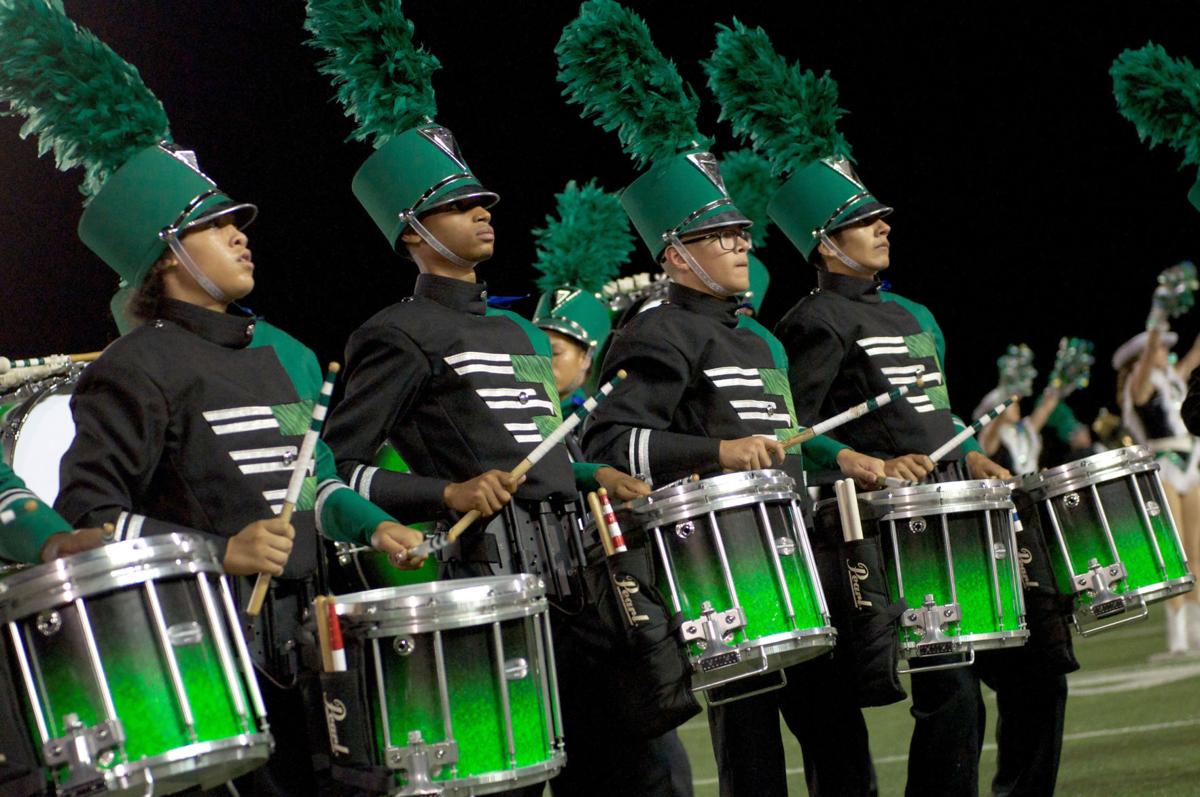 The Killeen High School marching band performs during halftime of a football game Sept. 29 at Leo Buckley Stadium. The four Killeen Independent School District high school bands, along with many more across the state are perfecting their shows in preparation for a series of UIL marching contests this month leading to the state contest.

Hundreds of high school band students across Central Texas are perfecting their musical notes and polishing their marching form on the eve of competition season.

From the start of summer band at the beginning of August through hours of learning challenging music and carefully synchronized movements, it comes down to 8 minutes in front of a panel of judges.

Today, the four Killeen Independent School District high school marching bands compete in a preview contest at Midway High School. Next weekend, three of the bands will compete at a contest at Gatesville High School.

On Oct. 22, the four bands join their peers at the University Interscholastic League region marching contest at Midway High School with a chance to qualify for the area round on Oct. 29 in Round Rock.

“It’s hectic and stressful,” said Shoemaker High School senior Taneisha Ruiz, section leader for trumpets in the Grey Wolf band. “This is crunch time. We’re getting all set up and cleared up for competition.”

At Shoemaker, band students work on music during class in the morning and reconvene for marching practice on a paved pad behind the school for about two hours after school.

Sean Hill is the new band director at Shoemaker this year. “It’s been fun,” he said. “The kids are awesome. They want to be better and they believe they should be better. My goal is to be better at the end of each day then when we started.”

Their show, called “Angels and Demons,” contains four parts, representing the good and evil in man.

“The show is fierce,” said Ruiz. “It’s sophisticated and incredibly fun to perform. The visuals and the music itself is fun. It’s exciting music to play.”

Daniel Watford, low brass section leader for the Shoemaker band, agreed that times are hectic and said that the band members pull together like family. “We’re friends and we work well together. That’s how we get the forms to fit together.”

“We’ve got so much done,” Ruiz said. “We are expecting a turnaround. We’re ready to show off to the other bands and make a one in contest.”

The Roos band is performing a patriotic show called “Amber Waves,” divided into a rigid military style start, followed by a rendition of “Amazing Grace,” and a strong ending with Neil Diamond’s popular “America” and a percussion feature in the middle.

“It’s a longer show for us, and the kids have done a good job. Now, we’re polishing for our first contest,” Bates said Wednesday. She pointed out that the brass sections asked the directors to meet with them before school for extra work.

“They organized this rehearsal and they got here early,” she said. “They are taking ownership of their work. We have some great student leaders pushing the younger ones. We’ve been thankful for that.”

“It gets hectic, but we have to focus,” said KHS senior Fernando Del Pozzo, brass colonel and trumpet player. “I think we’re working harder this year and we will be competitive.”

“It’s an exciting, patriotic show,” he said. “There’s a nice ballad, brass pieces and a rock-like song at the end. It shows off different aspects of the band. We have 8 minutes on the field to show four or five months of work.”

The experienced trumpeter said the practices this time of year are like the contests, requiring focus. “We don’t pay attention to the crowds and the judges,” he said. “We have to be clean and sound right and look right.

“We’re an extended family,” said Del Pozzo. “That’s what makes an incredible band. We help support each other. We make each other succeed.”

“This show has a concert feel,” said Adriana Miranda, an Ellison senior and head drum major. “There’s a lot of everything — brass, woodwind, percussion, all of it.”

“It’s really busy, but we know it’s all worth it in the end,” said senior Brittany Barlow, also an Ellison drum major. “When everyone comes together and we’re willing to have fun and focus, it’s worth it to see the end result.”

Both Miranda and Barlow said they get to use batons as they direct the band on the field this year because their show is composed of concert pieces. “It’s unique. It’s not the normal marching show,” Barlow said.

Ellison senior Andrea Cruz, also a drum major, said the band members are confident their hard work will pay off in the upcoming contests.

“The show is coming along well,” Cruz said. “We’re getting a lot done. I’m confident we’re going to do well.”

“It’s a little nerve-racking when we compete,” Cruz said. “We’re performing and everyone is in sync and we’re sharing in the moment. I like the sense of family we have. It’s easy to connect. The directors joke with us and it’s a very familial vibe around here.”

The Harker Heights High School band performed in an early contest and was hard at it this week to make corrections leading into today’s contest at Midway High School and the rest of the marching season.

“I love it,” she said. “It’s one of the best shows we’ve had. There is a lot of energy with the drill and the movements. It’s intense.”

Drum major Jin “Victoria” Sol Kim also praised the show. “It’s one of the best concepts we’ve had,” she said. “It’s suspenseful. The music goes along with what we’re doing.”

The audience sees color guard members sneaking around in the formation culminating with the capture of a jewel thief who gets hoisted into the air.

“This is definitely a stressful time of year,” Kim said. “You have to engage physically and mentally and get school work done, too.”

Both Kim and Smith attend the Texas Bioscience Institute in Temple in the afternoons in addition to their leadership duties in the marching band.

“We’ve grown as a band,” Kim said. “Playing and marching together the human connection grows. We have to interact and we have to make sure our rehearsals are efficient.”

Harker Heights band director David Norris said students, who work hard from August make a transition into the contest season when they have 8 minutes of focused intensity to show their hard work.

“The contest environment is different than halftime of a football game,” Norris said. “Marching contest is quiet. It’s a weird feeling for a lot of them, a serious environment.”

“It’s nerve-racking with hundreds of people watching us,” said Kim. “They are analyzing our band and it reflects on our school so we have to represent.”