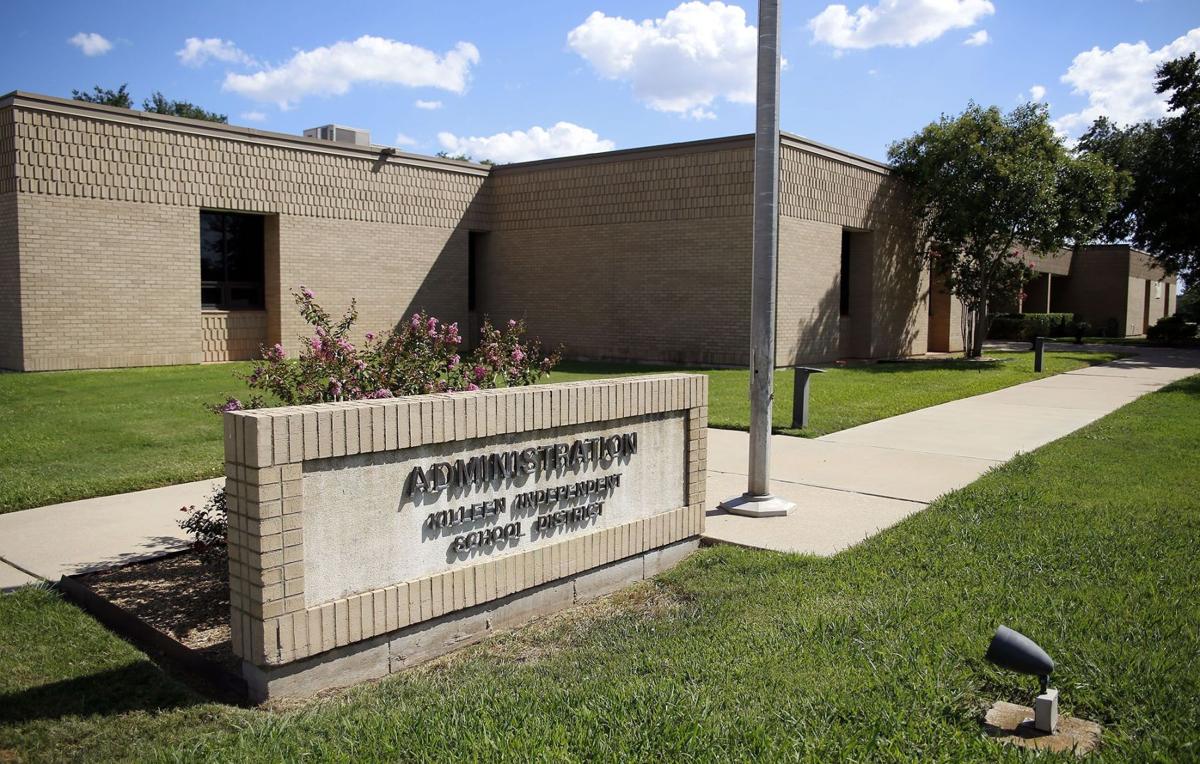 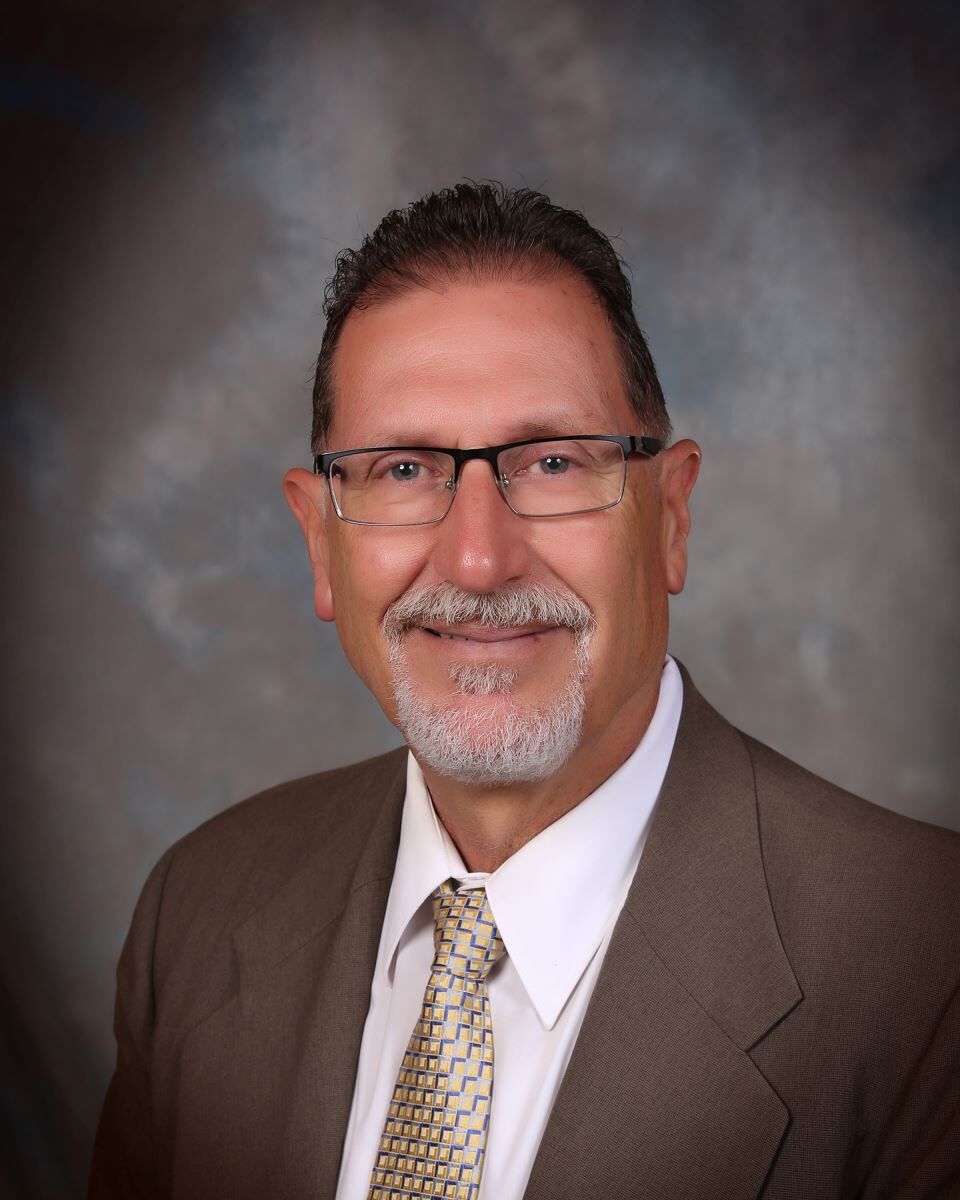 On Sept. 22, the Herald submitted a Texas Public Information Act request for all internal audit and administrative investigation reports conducted by Director of District Safety and Investigations Charles “Chuck” Kelley.

Kelley has been with the district since March 2018, and in his current position since July 2019. According to his LinkedIn account, Kelley spent over two decades working for the U.S. Drug Enforcement Administration prior to joining the school district. The former DEA agent’s salary is more than $101,000 in his current role with Killeen ISD, about double what a starting KISD teacher earns, yet little is known about his work with the district. 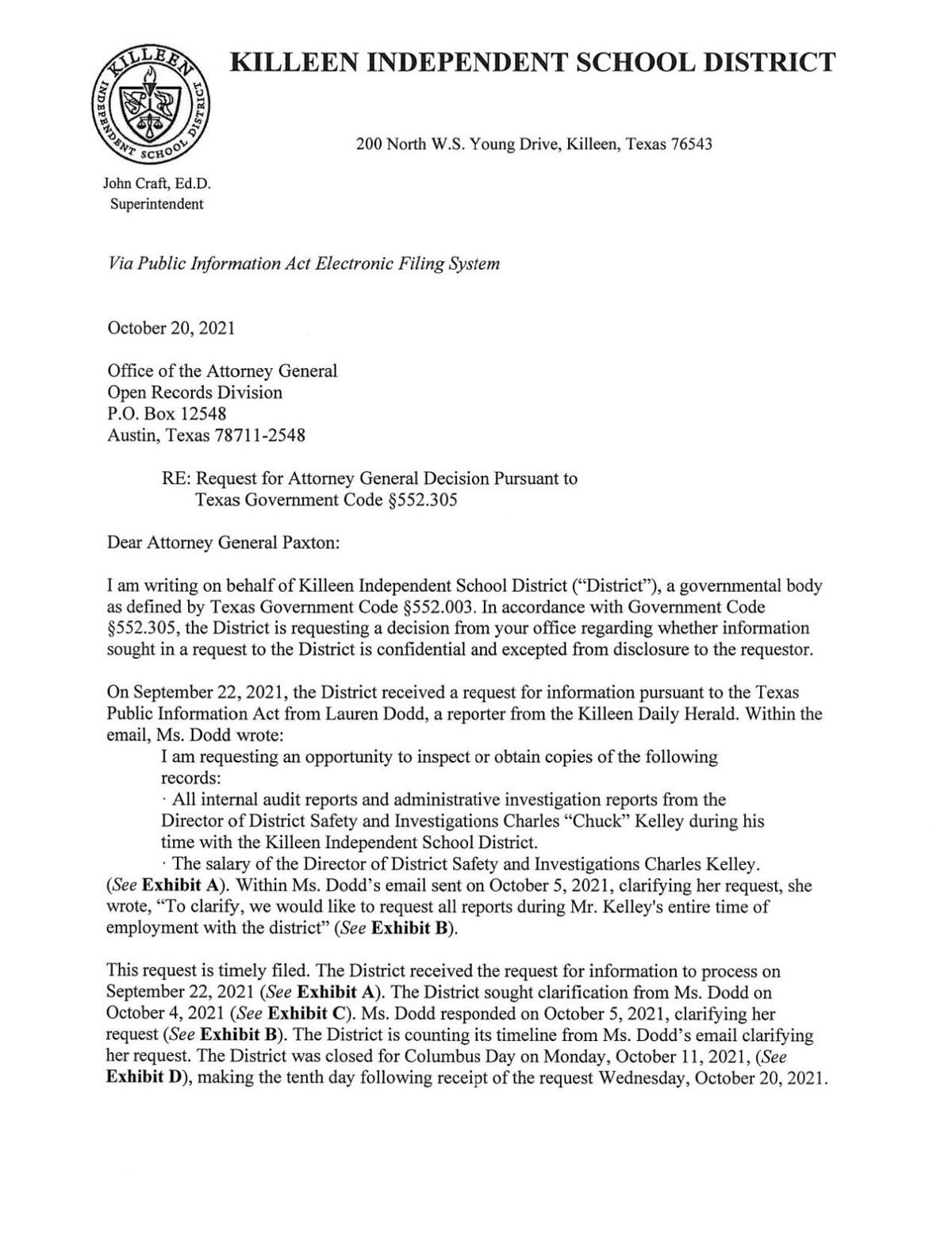 “In response to the Herald’s request, the district is throwing the book at the AG’s Office to see what sticks in the hopes of keeping the documents from public view,” Deputy Managing Editor Jacob Brooks said in a letter addressed to the attorney general Thursday.

The district said documents responsive to the Herald’s request “are confidential” and are not subject to disclosure under the Texas Public Information Act, mainly because KISD said the investigative reports are used as “evaluations” for the KISD staff members mentioned in them.

The district’s request to the attorney general included 17 exhibits, a “sample” of Kelley’s reports including internal audit safety reports.

“Information obtained during the District’s School Safety Audit Reports contain sensitive safety and security information as well as identification of District, school, or facility vulnerabilities,” Harper said in his Oct. 20 letter. “As information contained in the safety audit reports contain information that reveal campus vulnerabilities that could be exploited, the District seeks a determination regarding the release of the School Safety Audit Reports responsive to Ms. Dodd’s request.”

The Herald holds the position that Kelley’s safety reports should be released to the public.

“The release of these documents will shed light on how the district regards, investigates and determines safety and responsibility at its schools and of its personnel,” Brooks said. “Is it of interest to the public? Any parent in Killeen will tell you yes.”

Teacher investigations, including the evaluation of a high school teacher who “exchanged text messages with a student,” according to the district, are also protected from public disclosure.

“The District believes the investigative report serves as an evaluation instrument in determining the ‘significance’ of the teacher’s actions by ‘careful appraisal or study,’” Harper said.

One of Kelley’s investigations, cited by the district’s AG request, ended with the demotion/reassignment of a KISD principal.

The Herald maintains KISD should release the requested documents under the Texas Public Information Act.

“KISD’s request to keep them a secret is not only a violation of public document laws, but also a spit in the face to democracy,” Brooks wrote in his letter to the attorney general.

The attorney general must issue a decision about KISD’s request by Christmas — no more than 45 working days after Oct. 21.

You're going after the wrong person. Mr. Kelley is one of the good ones. He's one of the only people you can trust at the district! Releasing this information to the public is a bad idea for so many reasons. Yes, I'm a parent of a KISD student. I'd be p*ssed if there was a situation involving my child released to the public, even if no names were included!

Killeen Daily Herald does not now or has it ever had the public interest in mind when requesting documents from anyone. Killeen Daily Herald is hoping by getting these documents that they can then twist and perfect individual lines of text from the reports to sell a progressive liberal narrative and agenda against KISD. The big bad bully newspaper is upset that someone actually stood up to them and said "you know what, go pound sand". So hopefully the AG comes to the determination that this is confidential information. If KDH does get the report, then I hope they release the name of an employee in one of the reports, and then I hope that employee sues them into oblivion.

The only reason you hide things is because there's incriminating evidence .....