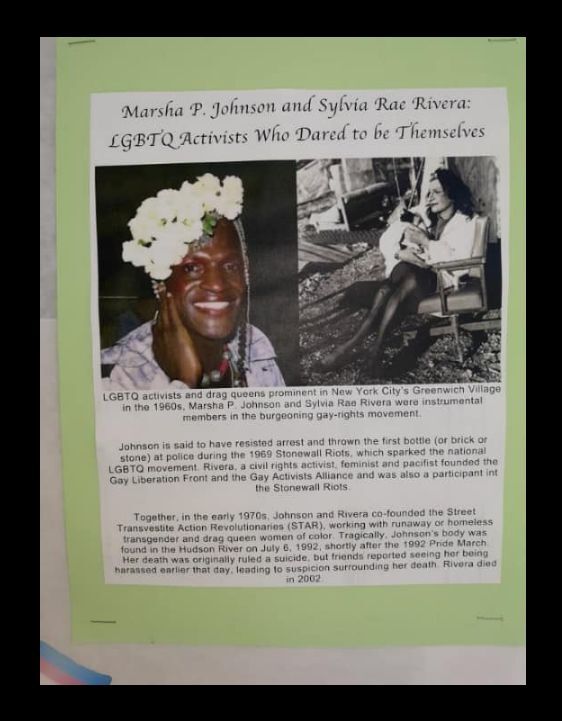 A photo of LGBTQ activists seen on a Women's History display in March is the cause of an upcoming event "Stand for Sound Policy at Killeen ISD" Thursday hosted by True Deliverance Ministries and Concerned Christian Citizens. 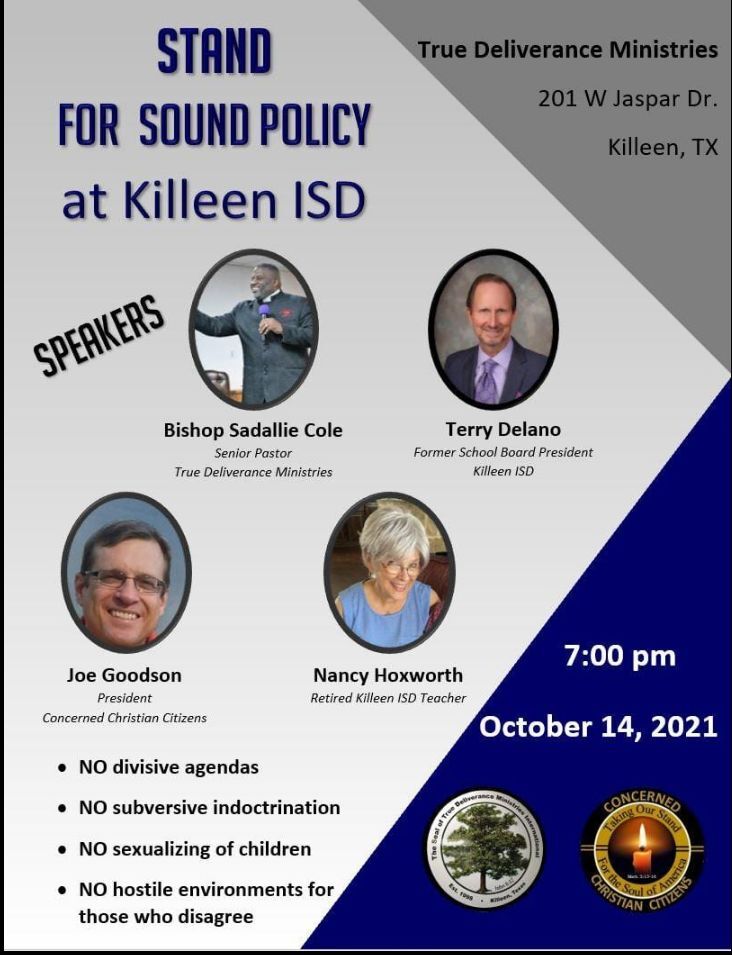 A photo of a LGBTQ activist seen on a Women's History display in March is the cause of an upcoming event "Stand for Sound Policy at Killeen ISD" Thursday hosted by True Deliverance Ministries and Concerned Christian Citizens.

A Women’s History Month poster is at the center of an event scheduled Thursday to discuss a “sound policy” problem at the Killeen Independent School District.

The issue at hand, Delano said Monday, is that a Women’s History Month display at the KISD Career Center in March included a prominent LGBTQ activist Marsha Johnson, a self-identified drag queen who advocated for gay rights, on a poster highlighting women’s history.

“Propagating controversial sexual ideologies upon minors is not the role of public school educators, nor is it the school’s role to undermine the values of parents and their children,” a Facebook post about the display stated Monday. “Rather, this is the kind of divisive agenda that creates a distraction to the learning environment, and indeed a hostile environment for the students and staff who understand morality from the perspective of the Word of God.”

Delano said the group is trying to inform parents of what occurred in March, which is Women’s History Month.

The brick incident Delano referred to was in reference to the 1969 Stonewall riots, a series of demonstrations by members of the gay community in response to a police raid, at the Stonewall Inn in New York City.

The Stonewall riots are regarded as a pivotal point in the modern-day, ongoing LGBTQ rights movement. Marsha Johnson participated in the riots and was a founding member of the Gay Liberation Front.

Why is the school board featuring a male pretending to be a female as a featured person for women's history?

It is unfortunate that KISD and so called pastors sponsored this abomination. We clearly need a new school board.