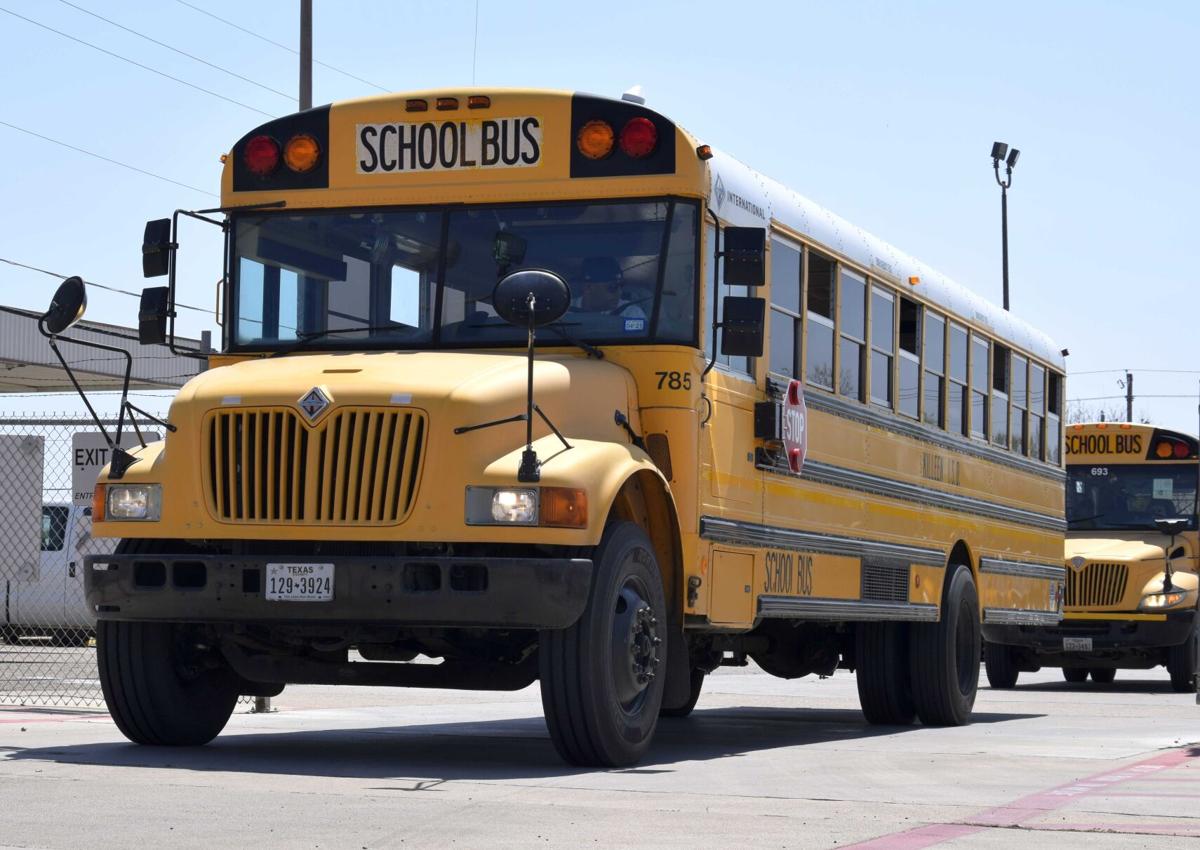 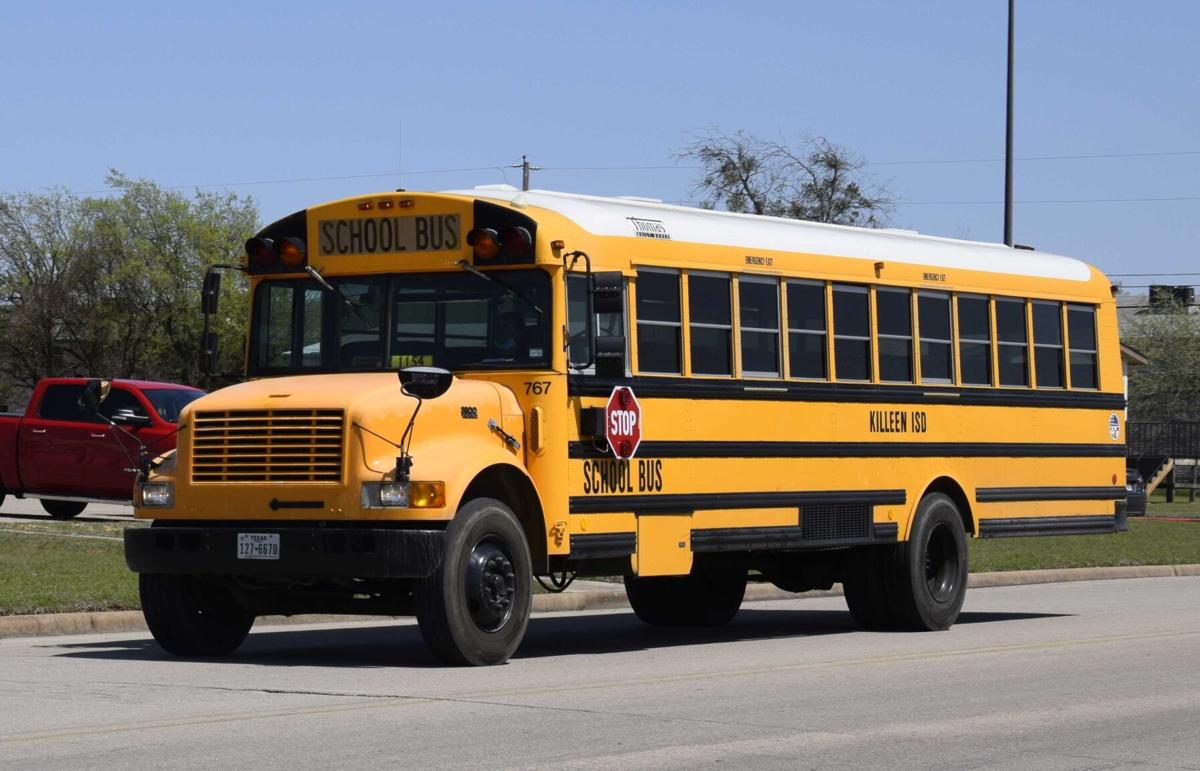 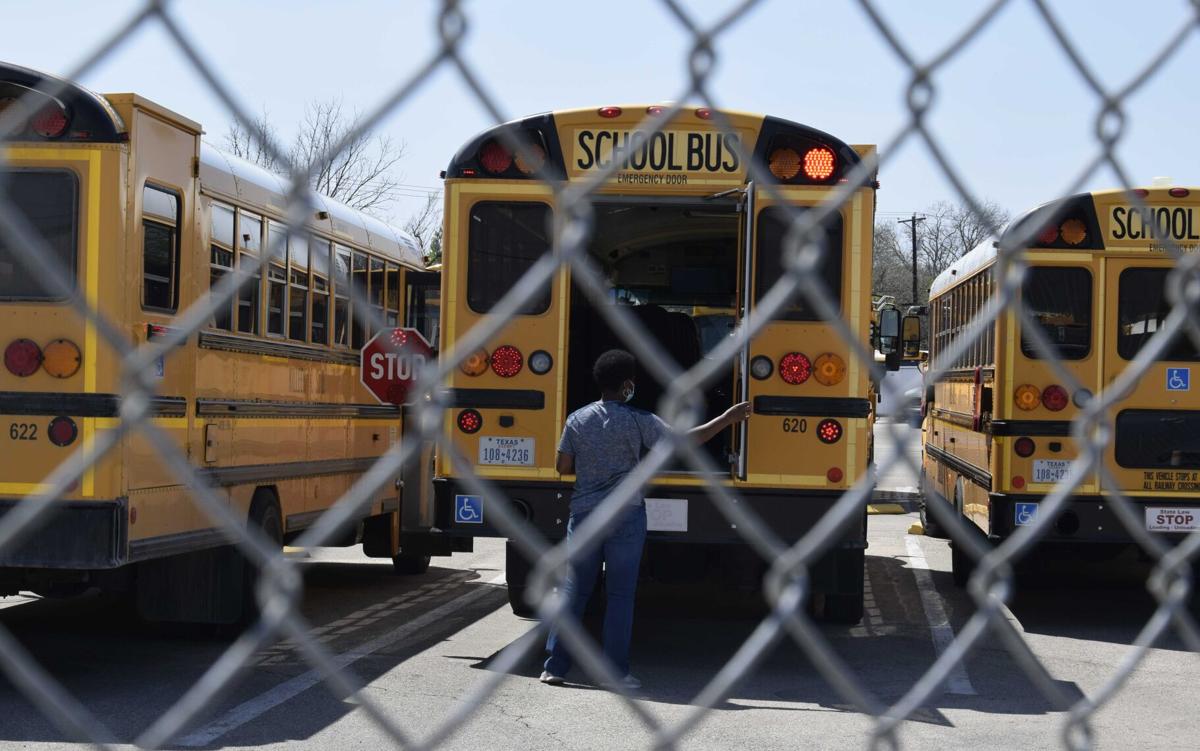 A Killeen Independent School District transportation worker checks the emergency exit of a school bus prior to departing Friday.

A Killeen Independent School District transportation worker checks the emergency exit of a school bus prior to departing Friday.

Killeen Independent School District bus drivers say they were instructed to deactivate warning lights in the two weeks of training prior to the start of the in-person school year, leading some to wonder if KISD deserves part of the blame for the accident that injured a student and left one bus driver dead by suicide last year.

On Aug. 31, a middle school student was hit by a truck after the child exited a school bus near Hilltop Loop and Wales Drive in Killeen. The driver of the truck was not issued a citation by police.

Instead, Killeen police cited the driver of the Killeen ISD school bus, William “Bill” Jones, Jr., 75, for failing to activate the proper warning lights during a bus stop.

A Vietnam veteran and beloved 12-year KISD bus driver, Jones was found dead by a gunshot wound to the chest at Cedar Gap Park in Harker Heights less than 24 hours after being fired from the school district over the incident.

But some school bus drivers who trained and worked with Jones prior to the start of the school year are now saying the accident wasn’t entirely his fault.

“For two weeks before school began, every driver was instructed to run their route in real time — morning, noon, and afternoon,” former KISD bus driver Bill Paquette said. “One important difference, though, we were told to not use our loading lights. Use your four-way flashers. Every day, for 10 days, the dispatcher would announce this.”

Paquette recently left the district after one year of being a bus driver.

“On my route alone, I improperly practiced 240 times,” Paquette said. “Not at the end of the two weeks, nor on the first day of school, did the dispatcher remind all the drivers it’s time to use the loading lights. I have to wonder how many other drivers realized that they were messing up. I know that I caught myself at least once.”

Bus drivers regularly receive instructions from the transportation department’s dispatcher over internal school bus radios. Paquette said drivers were never once reminded over their radios to turn their loading lights back on during the first day of in-person school.

“KISD transportation is absolutely responsible for this nonsense because if they hadn’t done that (training), then Mr. Jones would’ve activated his warning lights and maybe the child wouldn’t have been hit and injured,” Paquette said.

The Jones accident is a reminder to bus drivers that KISD is quick to place the blame on a bus driver, Paquette said.

“They (KISD) are all too eager to sacrifice,” Paquette said. “Mr. Jones is a perfect example — that man had been there doing a great job, not a good job, for 12 years. The district’s obviously going to have to pay for the child’s pain and suffering; how does firing a great bus driver change any of that?”

Former KISD bus driver of two years, Joaquin Martinez, said he thought the contradictory training instructions bus drivers were given prior to the start of in-person school is what led Jones to not activate his warning lights.

“Telling us to stop it (using warning lights) in the training, that made no sense,” Martinez said. “They were confusing people.”

Martinez left the district in January after two years with the district because he said he was tired of the mistreatment he experienced at the hands of KISD.

“My buses were always breaking; they weren’t helping me when I’m helping them,” Martinez said. “Then they gave me a write-up because I wasn’t professional on the radio — that’s why I quit. I put in my two weeks’ notice, because I am a professional.”

“The thing is, for them (KISD) to turn around and say everything that happened was Mr. Jones’ fault, that was totally wrong,” Smith said. “When it came to Mr. Jones, we (bus drivers) wanted to open up back then, because we know that we’ve been in that situation ourselves. People run our reds even when we have the lights on.”

Smith said for an entire year in 2019 he was assigned a bus with malfunctioning red warning lights and stop sign arm.

“So I drove that bus almost a year with no arm,” Smith said. “What I had to do is I put 4-ways on to let folks know I was going to stop. This was one of the things that triggered and made me decide it was time to go.”

Smith said his repeated pleas for the maintenance department to fix his bus fell on deaf ears for much of the year because “they didn’t have time to fix it.” His bus wasn’t repaired until the summer.

Paquette said he wanted to come forward with the information because he felt Jones’ family deserves to know the whole story.

“I hope this gives the friends and family of Mr. Jones some comfort in knowing that he wasn’t at fault,” Paquette said. “Under the circumstances, it could have happened to anyone.”

“Before the virtual start of the school year, bus drivers were brought in to refamiliarize themselves with the routes since they had not driven since March 6, 2020,” Maya said. “This was not part of the required annual training for bus drivers.”

The latest training allegation comes after a week in which KISD current and former bus drivers voiced concerns about KISD’s shortage of drivers, overcrowded buses, and general mistreatment of transportation employees.

Multiple transportation employees came forward to the Herald in recent days detailing a current shortage of more than 100 KISD bus drivers, overcrowded buses with students sitting three to a seat, and a hostile work environment where bus drivers are fired at the drop of a hat.

KISD disputed the drivers’ allegations, saying the district is short 71 bus drivers, and seating three elementary students to a seat is allowed per the bus manufacturer guidelines. In past years, KISD has said it has about 300 total bus driver positions, but did not give an updated number to the Herald last week.

On Wednesday, the Herald requested the number of bus drivers who quit, were hired, or fired during the years 2019 and 2020. Maya responded saying the questions would have to be answered through an open records request, via the Texas open records laws, which can take weeks for a response.

Angela Inman, paralegal for the superintendent’s office, said the district’s Human Resources department wouldn’t be able to get answers to the Herald until mid-week next week “at the earliest.” It is common for KISD public records requests to take two weeks or more.

The Herald reached out to KISD school board members to respond to the transportation allegations by email Friday morning, but no responses were received by deadline Friday.