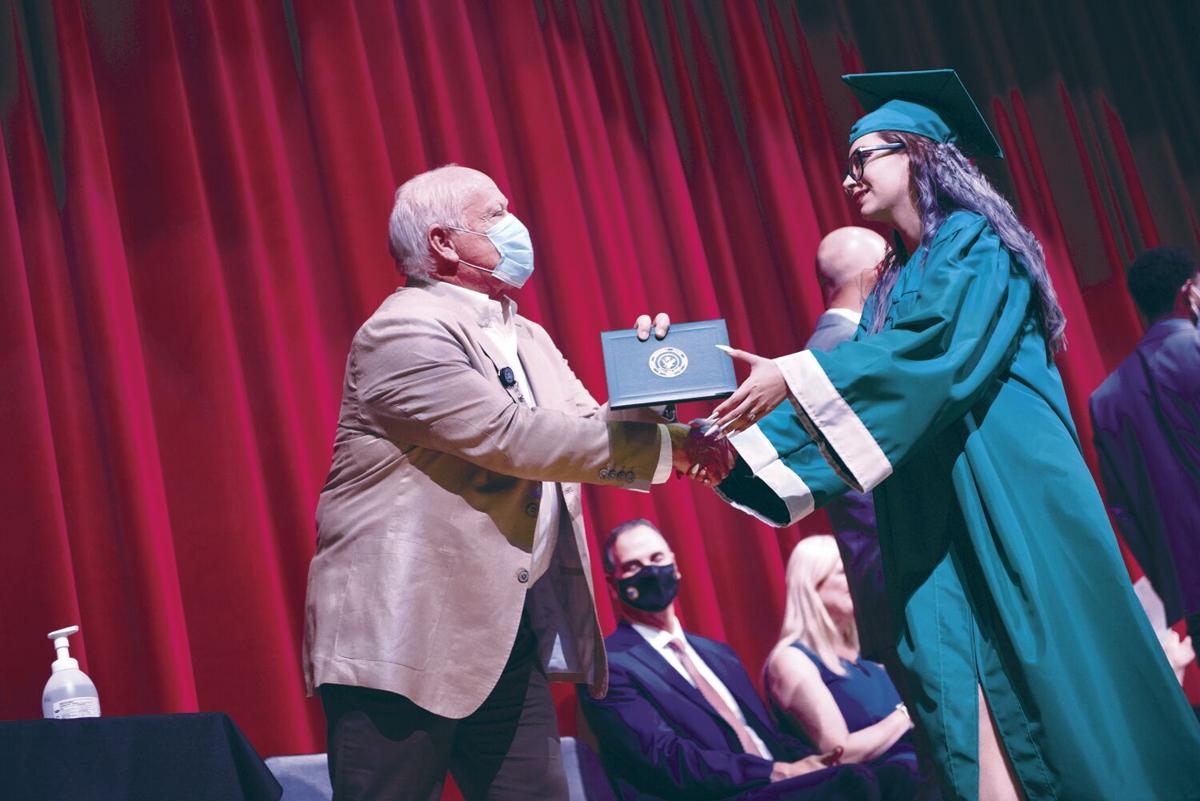 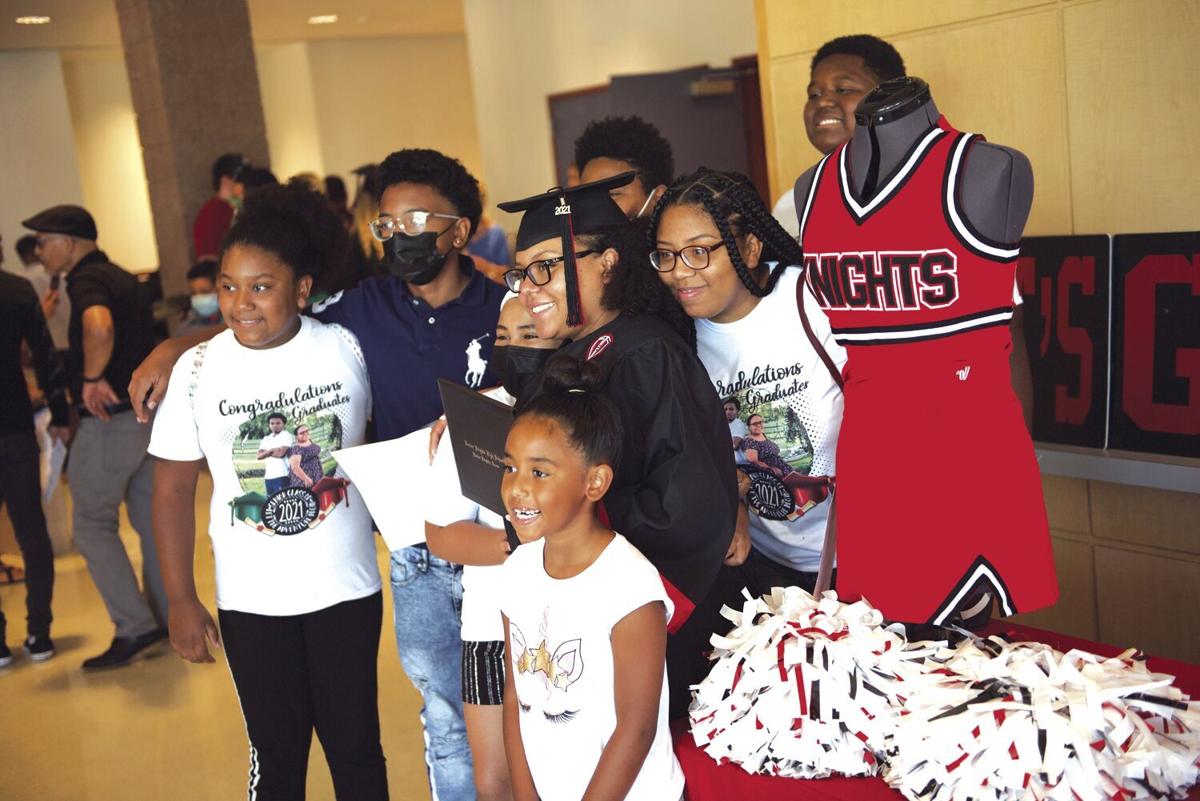 It is the obstacles, the defeats, the challenges of life that fuel later success, educators told a group of new graduates during the Killeen ISD summer commencement recently that combined five high schools.

Every course passed and failed, every tutoring session and every productive conversation with family, friends and supporters led to the moment walking across the auditorium stage at Harker Heights High School to receive a diploma, she said.

Kama Rangel, wearing Ellison High School green, made the decision in January to graduate early and pulled it off.

She moves into her college dorm this weekend and begins classes at Sam Houston State University Monday.

“It means a lot for me to graduate early,” she said, preparing with peers prior to walking into the auditorium for the ceremony. “It’s a big moment.” She said her mother, a KISD educator is working on her doctorate degree.

“I’m catching up with her,” the new high school graduate said.

“It means I can move on, start my life, get a job, go to school,” said Nathaniel Uzzle, graduating in the summer ceremony from Harker Heights High School. He plans to go to trade school to become an electrician.

“It’s like when you go running and then you get that cold water at the end,” he said. “It’s refreshing and it makes me thankful.”

“The past year has been a real struggle. I feel accomplished.”

When Kea was 6 years old, a traffic accident left her with two broken femurs and doctors told her parents she would never compete athletically.

The 2007 graduate of Killeen High School earned an athletic scholarship and played basketball at Kilgore College before becoming a teacher and coach and last year was named KISD secondary teacher of the year.

She urged the new graduates to use their experiences to propel themselves forward, to embrace the community of supporters around them and to never shy away from being their own unique selves.

“I’ve been tested. I’ve failed. I’ve persevered through seasons of life, and I can tell you that you are ready,” she said. At her direction, the students about to walk across the stage said, “I’m ready.”