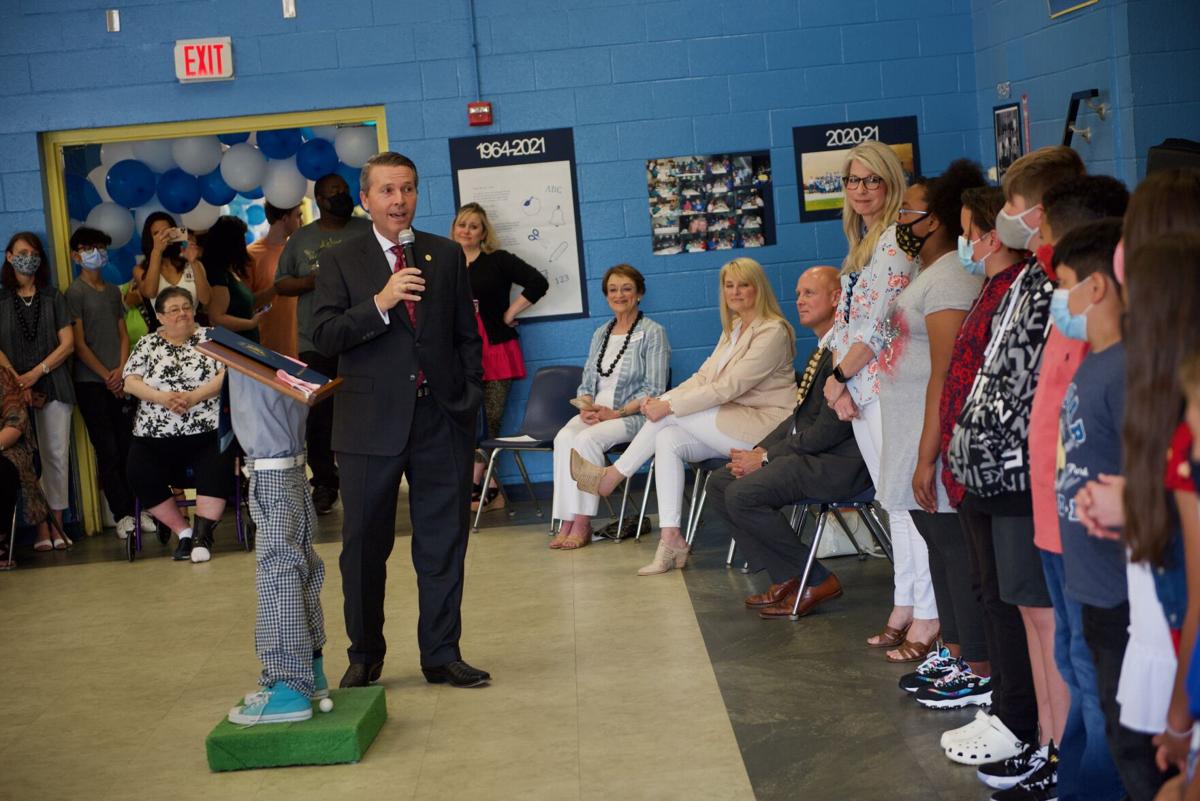 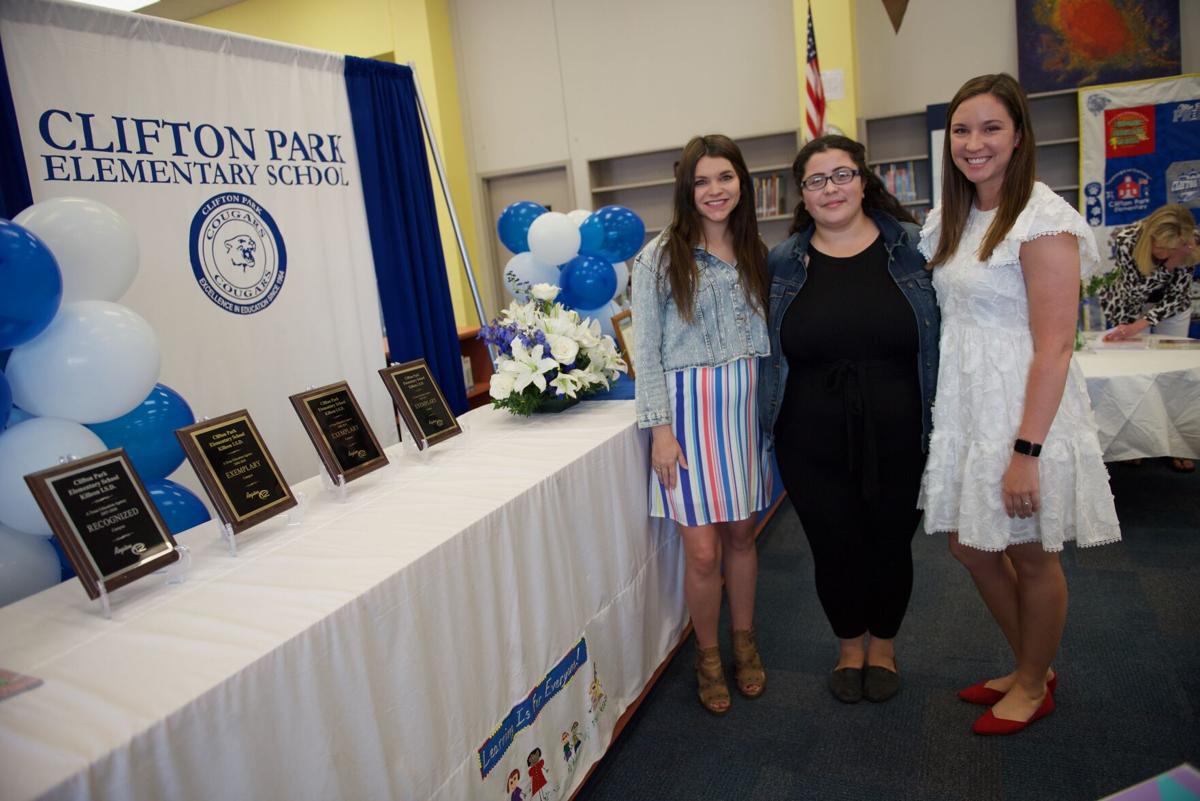 Hundreds gathered in late May at Clifton Park Elementary School, drawn into a final family reunion to remember an idyllic past and look to a hopeful future.

Some say nostalgia is as much a longing for the future as it is a wistful look back.

More than a half-century worth of memories mingled through the hallways at the school on Trimmier Road just north of the bustling Interstate Highway 14 in a final celebration of a 57-year-old school.

Principal Jennifer Carranza welcomed the overflow crowd into the school cafeteria for what she termed a retirement for a place filled with memory.

People connected to Clifton Park Elementary tend to stay around and those who leave tend to return.

The school’s first principal, coincidentally named Delmar Clifton, remained in that position 22 years, through 1986. Even now, the school uses a unique podium draped to look like the original principal.

State Rep. Brad Buckley returned to his beloved elementary school. The state legislator acknowledged he wasn’t happy when he first learned of plans to possibly close the school. The reason, he said, was nostalgia.

Looking out at many of his own former teachers, Buckley described a small, neighborhood school that first opened in 1964 that lacked air conditioning and had a principal known for enjoying an occasional cigar in a back boiler room.

His children attended Clifton Park, his wife, Susan Buckley was a principal there and his mother, Lolly Buckley was a longtime teacher.

“The nostalgia is engrained in my heart,” the state legislator said, “but it’s not about the building, it’s the people.”

Former Clifton Park principals Jennifer Sullivan, Susan Buckley and Catherine Snyder all described a school known as a safe, caring place for children, a family for dedicated staff members and a legacy of academic excellence.

Abby Brewington returned to her elementary school, too. She attended Clifton Park from pre-kindergarten through fourth grade. This year, to her delighted surprise, she returned as a third-grade teacher and taught alongside her school friend Shelly Holcomb.

“My intent was to get back to Clifton Park,” Brewington said, “but I knew teachers didn’t leave Clifton Park unless they retired or moved into (administrative) opportunities.”

When she received the invitation to “come home,” she didn’t hesitate.

Rocio Castelan also returned to her elementary school. She was a student at Clifton Park from kindergarten through fifth grade, has been a classroom aide for two years and is scheduled to move to the new Clifton Park Elementary School.

“It was a joy coming here,” Castelan said. “I had spectacular teachers who motivated me and pushed me. I remember them telling me ‘I know you can do more.’ They even kept up with me through high school.” She is a 2015 Killeen High School graduate.

During the ceremony, Clifton Park fifth-graders who have been at the school since pre-kindergarten or kindergarten stood alongside the stage as district and campus leaders spoke of the school’s rich and ongoing legacy.

Superintendent John Craft, Snyder and Buckley all praised the students for continuing the school’s history of academic success during the past year-and-a-half of uncertainty marked by virtual learning and virus mitigation.

“You have overcome something none of us had to,” Buckley the former student and current state lawmaker said to the group of students. “I’m proud of each of you that you persevered.”

Looking out at the standing-room crowd, he pointed audience members’ attention to a bright future.

“You are combining families,” he said. “I’m proud to be an alumni of Clifton Park.”

The fifth-graders ended the ceremony reciting their school motto: “At Clifton Park, learning is for everyone. Make it a great Cougar day!”

Local historical accounts report that Clifton Park opened on a Friday in October. Many students carried their books up the street from nearby Fowler Elementary School to the new 30,025 square foot school.