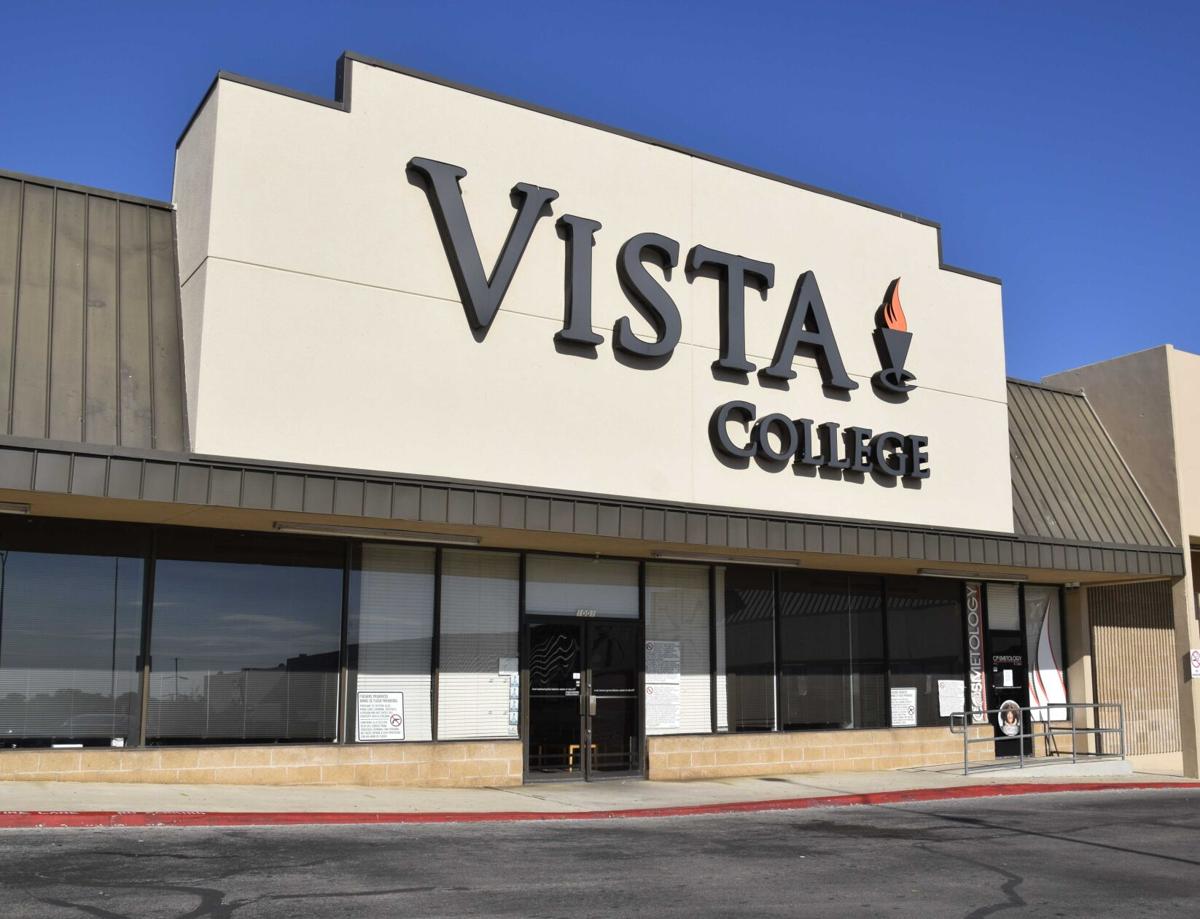 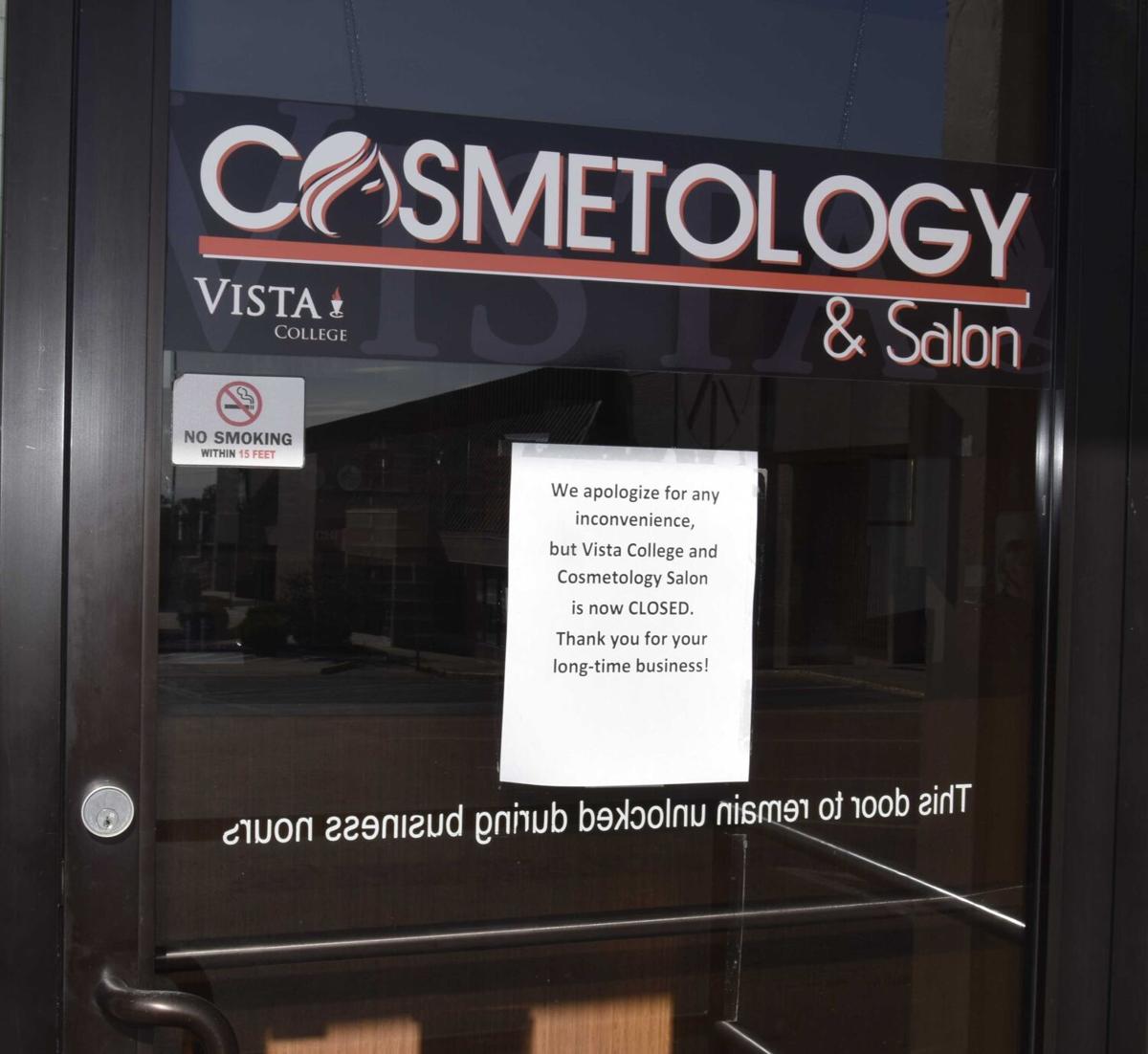 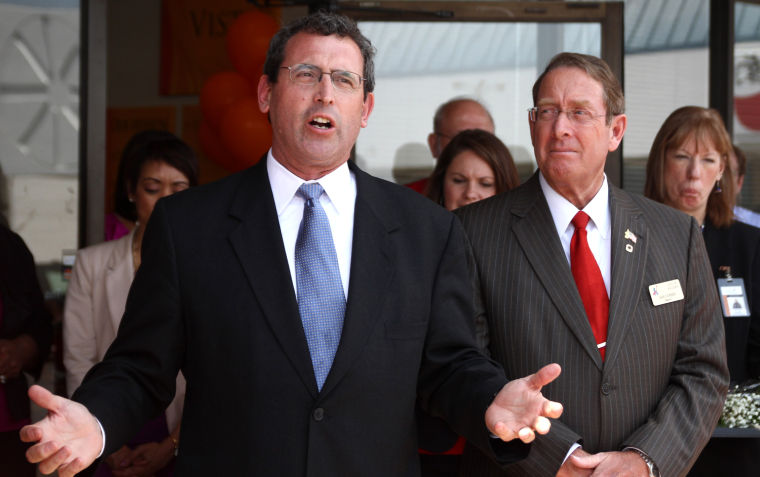 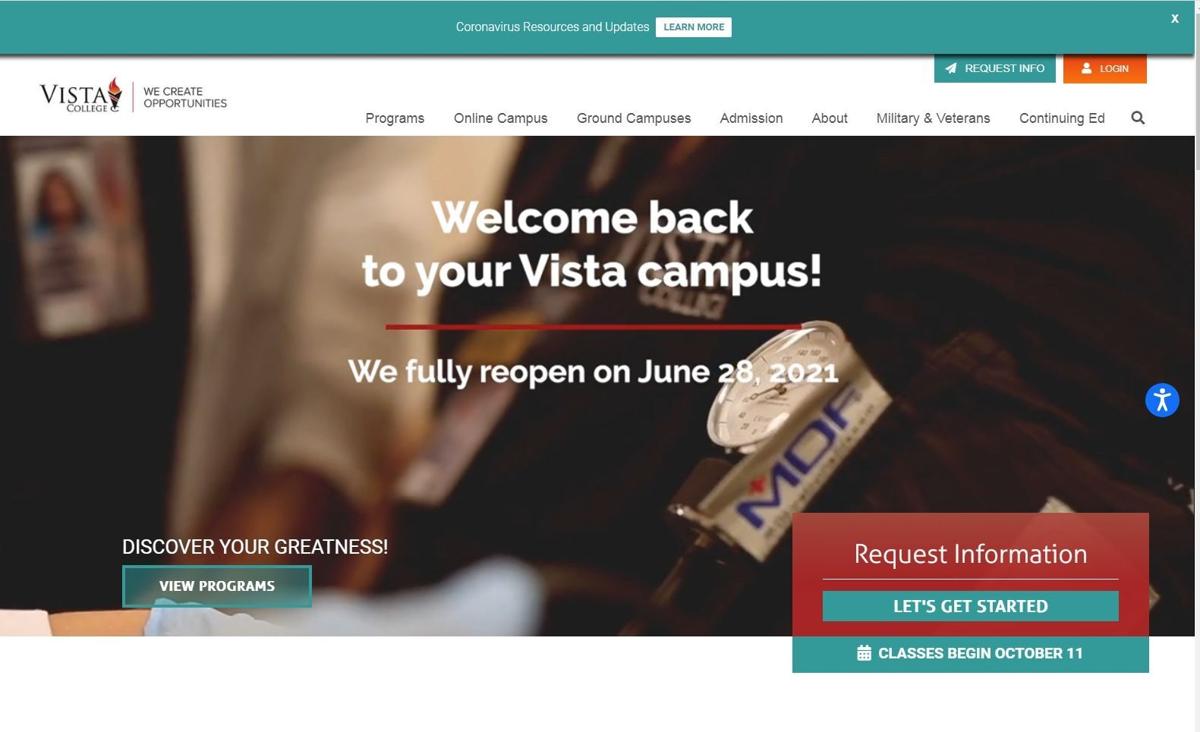 A screenshot of Vista College's Killeen campus website was advertising new classes as of Monday morning. Friday the college issued an alert to students and staff notifying them of the campus' immediate closure.

A screenshot of Vista College's Killeen campus website was advertising new classes as of Monday morning. Friday the college issued an alert to students and staff notifying them of the campus' immediate closure.

Students and professors say little warning was given prior to the closure of a for-profit college in Killeen and other cities Friday.

According to students of the Killeen campus, an email was sent out at 3:58 p.m. Friday afternoon informing students that Vista College’s Killeen campus closed due to financial circumstances.

“Vista College has made the difficult decision to cease all operations effective with the close of Business on October 8th 2021,” the email states. “Although we are in compliance with both accreditation and state/federal regulations we are unable to continue due to financial circumstances. We apologize for the sudden notice but due to unforeseen events we could not continue with the new term on Oct. 11th nor continue the current nursing term.”

The email said the college would assist students in finding transfer programs for Vista College course credit, but as of Monday Vista College was inaccessible by phone. Vista College, 1001 S. Fort Hood St. in Killeen, could not be reached for comment Monday by email or through corporate or local phone numbers.

The college, with locations in Texas, Arkansas and New Mexico, specializes in healthcare, business, and technology trade certificates and associate degrees, according to the website. The for-profit college also has Texas campuses in Beaumont, Longview, College Station, El Paso which were all closed as of Friday.

Following the swift closure of Killeen’s Vista College campus, local students expressed frustration, some citing an inability to reach school representatives to start the process of transferring to another college.

William Braunscheidel, an Army veteran from Killeen, was halfway through with his medical assistant course at Vista College when he received the shocking notice of the campus’ closure Friday.

“What makes me upset is that I sat in that program on Monday and he (his professor) basically, to me, he lied to us. He said, ‘Don’t worry, we’re not closing, you all will be able to finish your programs,” he said.

Braunscheidel said he felt frustrated with how the college handled the closure, and unsure how he would be able to transfer his credit since the school’s phone lines were not working Monday.

After losing his job during the pandemic, the veteran said he decided to pursue a medical assistant career thanks to a Department of Veteran Affairs program geared towards getting pandemic-affected veterans back to work in high-demand jobs. Now, Braunscheidel said he wonders how he will get his VA and Pell Grant funding back from the failed institution.

Braunscheidel said the closure of Vista College leaves him timid to invest his VA funding in another for-profit college.

“The first question I’m going to ask the VA is, if we transfer somewhere else, how stable is that institution,” he said.

Diamond Villalpando, of Killeen, took her final dental assistant class on Thursday with hopes to sit for the Registered Dental Assistant exam in the very near future, until the college closed down abruptly Friday.

“Some of us (students) just needed five more weeks, some of us just needed to take a test, and they shut the whole school down,” Villalpando said Monday. “And they did it on a Friday at 4:30 in the afternoon knowing they’re closed on Fridays and there was really nothing we could do.”

Villalpando, a 4.0 student in multiple honors societies, said the school’s conduct is not acceptable considering all the hard work she’s put in over the past 10 months.

“This is so unfair for those of us who have worked extra hard to complete their program,” she said.

Villalpando said she was told if she wanted to take her RDA exam she’d have to do so at another college and pay out-of-pocket more than $250 for an exam which was supposed to be covered in her college tuition.

“As of right now, we’re at a stop because there’s nothing we can do,” she said.

Two adjunct Vista College business professors said they were unaware of the college’s intent to close until they were notified Friday.

John Allen, a Vista College adjunct business professor of two years, said he was on a break from the college but had plans to come back for the next session until he received an automated call Friday informing him of the college’s closure.

“I had taken a break, but I’ll take a break and then see them again a couple classes later,” he said. “I feel sorry for them.”

Iascc Baca, a fellow adjunct business professor, said he is most concerned for his former students.

“For most of these students, they’re adult students; and you know going to school is not easy with life and all the things that go along with it,” he said.

Baca said he’d like to tell Vista College students to not give up.

“This is one of those obstacles in life that we have to overcome,” he said. “Whenever we want to achieve our educational goals or be successful in our educational dreams, sometimes we have to just buckle down and overcome adversities.”

Baca and Allen said the college should have given students prior notice of the school’s impending closure.

“I know there are some students on their last month of school to get their associates degree,” he said. “That’s almost two years, and this program isn’t easy. It’s four days a week, 5:30 p.m. to 10 p.m. So they spend more time at school than they do with their families during the week, so this is just awful. It’s just awful for the students.”

Tolbert attended the campus’ grand opening in 2013 speaking about the role of for-profit colleges in higher education, according to a Herald article at the time.

“There’s room for all types of education in the community,” Tolbert said in 2013.

Vista College or should I say corporate knew exactly what they were doing? Red flags started during the beginning of covid?

They started by lying to the students making promises that the school wasnt çlosing. I watched people leave Vista College that have been there since 2015. They started letting the finicial aid staff and then the director quit? The career counselor left and left everyone in limbo.

Vista college made promises telling we would have career counseling for life? Not true.

The education diminished, charging students for book fees for books never used but giving the students temporary access codes that never worked passing out Chrome books not worth the money we paid for?

Vista college literally took VA money knowing they couldn't or wouldn't be able to graduate. Telling students its a college accredit school but CTC or Texas AM will not accept them they closed campus on October the 8 but still have people in externship ĺike me who been waiting for a site for over a month because the sites they sent us to only wanted free help with know room for advancement.

I feel totally betrayed from Vista College and to try and make it seem like this was a unforseen circumstance? Ĺets be realistic when does corporate just come out the blue and say, " Say hey today we're going close all campuses "? It was a scam having students sign papers stating they can not sue them?

I reporter's Vista to my Vocational Rehabilitation Counselor many of times. Trying to get a understanding on how they VA doesn't keep track of this School for Profit scams? They told me they had know clue? Im going be " Honest to the Public i feel so frustrated and taking advantage of"?

They literally tricked students threatening us if we don't get covid shots we couldn't come back for two weeks which would get the student expelled due to days absent? They told us we had to bring in proof of vaccination, or a valid negative covid shot? Yet we could do a rapid test which had been proven to be inconclusive, but they will accept it even if you tested positive or a I was told " False positive "?

At that point students in my class started popping up with covìd?

They not even close to being the good nice guys like they said? They started liquidating there campus before covid getting rid of student computers.

I watched them let alot of people go from that school that been there for years and loved their job!

Its sad how Corporate handles things dealing with people's lives?

I truly believe in my heart they should return students money and pay for the anguish they put us through momentarily.

I start my externship tomorrow and not looking forward to it because im basically going in there with scrubs with the Vista logo on and everyone pretty much knows im coming from that school. So Sad Vista College, So Sad....😔😔