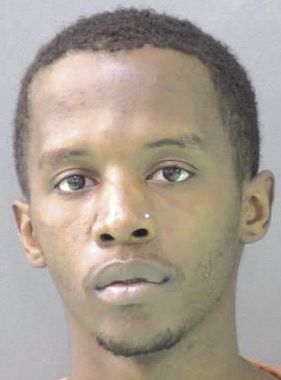 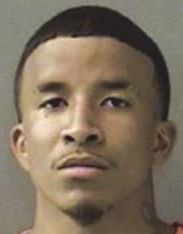 The sentencing hearing for Jonathon Allen Hampton, 23, was postponed last month after his attorney objected to his client having to register as a sex offender.

On Thursday, during a remote hearing in the 27th Judicial District Court, Judge John Gauntt sentenced Hampton to five years of deferred adjudication probation, which was the plea agreement.

Hampton will be required to register as a sex offender.

He pleaded guilty on Feb. 12 to a lesser charge of unlawful restraint, a state jail felony, instead of the initial second-degree felony charge of sexual assault of a child.

Hampton was 19 years old in August of 2016, when he assaulted the girl, who is now an adult. She reported to police that Hampton used physical force during the sexual assault, according to the arrest affidavit.

Unlawful restraint of a person younger than 17 years old is included among the offenses that require a person to register as a sex offender, including cases that are handled with deferred adjudication probation.

“When we were last here on May 20, there was a dispute on registration under Chapter 62,” Gauntt said. “In my opinion, it’s required because the child was under 17 years of age.”

Smith agreed and said that his client understood that would be a requirement but asked that a sign not be placed in front of his grandmother’s home, where he lives.

The judge did not address that request.

Hampton has a prior conviction for unlawful carrying of a weapon in prohibited places after he brought a gun and ammunition to a Killeen Independent School District high school in 2014, when he was 17 years old. He was sentenced to five years of deferred adjudication probation on that third-degree felony charge in the same court on Oct. 6, 2014, according to criminal conviction records from the Texas Department of Public Safety.

In an unrelated case, a Bell County judge on Friday continued a Killeen man’s deferred adjudication probation for two felony burglaries the man committed back in 2015, instead of sentencing him to prison for a DWI that violated the terms of that probation.

Daniel Ade Nangah, 25, also will have increased supervision, will be on the substance abuse caseload and will have to perform 25 hours of work release with Bell County.

The case was heard remotely in the 264th Judicial District Court. Nangah has been out of jail on a personal recognizance bond, according to court records.

He pleaded guilty to the violations at a hearing last September.

Defense attorney Bobby Barina asked for another chance for his client.

“He seems to be one of those people who is slowly making progress and he’s moving in the right direction,” Barina said.

The state’s prosecutor said that Nangah has not been held accountable.

“The state is concerned because of the other offenses that are happening while he’s on probation,” said Assistant District Attorney Katherine Nolden. “When do lapses in judgement become decisions for which you have to be held accountable?”

Although Judge Paul LePak did not revoke Nangah’s probation, he expressed his concern.

“A DWI (with a BAC) over .15 is not a minor violation; you’re running out of second chances,” LePak said.

Killeen police arrested Nangah on Sept. 30, 2015, after two burglaries that were committed on Sept. 14 and Sept. 17 of that year. On Nov. 19, 2015, Nangah was sentenced in the same court to 10 years of deferred adjudication probation on the second-degree felony charges, according to criminal conviction records from the Texas Department of Public Safety.

He was arrested on Dec. 16, 2018, for driving while intoxicated with a blood alcohol level of more than .15, a Class A misdemeanor, records showed. Nangah pleaded no contest and was sentenced to 120 days in jail.

The state filed its motion to adjudicate on April 30, 2019, with the DWI arrest listed as the violations: the first violation was the arrest itself and the second violation was because he “failed to avoid injurious or vicious habits…” according to the state’s motion.

Nangah was 20 years old when he was accused of breaking into homes and taking items. Killeen police were called on Sept. 17, 2015, to a man’s home and were told several items were missing, including a watch, electronics, a firearm and jewelry, according to the arrest affidavit.

Police later made contact with Nangah — who lived across the street — after police ran a check on the vehicle in his driveway and it came back stolen.

“The vehicle was inventoried prior to being towed and inside the car, a watch stolen from (the victim) was located,” according to the affidavit.

Soon after, police said they received consent to search Nangah’s room where they found items stolen from a different burglary. Police said Nangah later admitted to entering the victim’s home and taking the items.