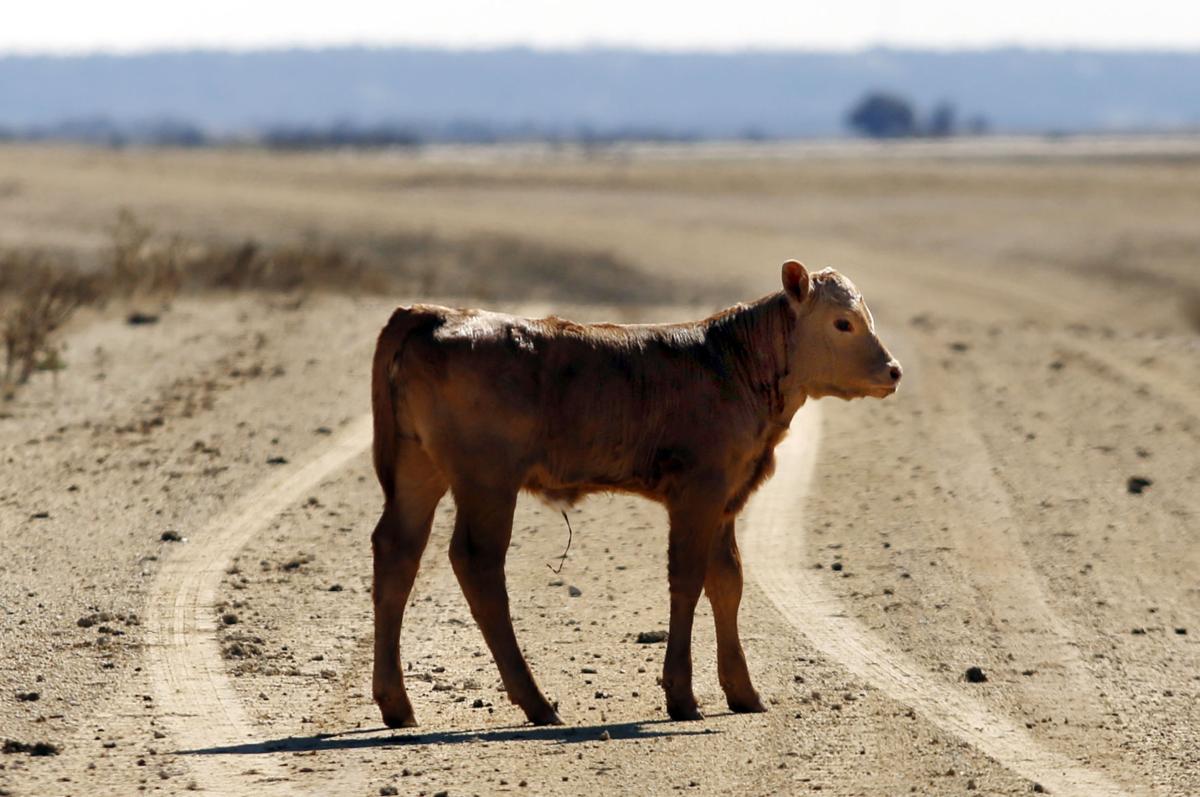 A calf is seen near Elijah Road in Copperas Cove on Friday, March 6, 2015. 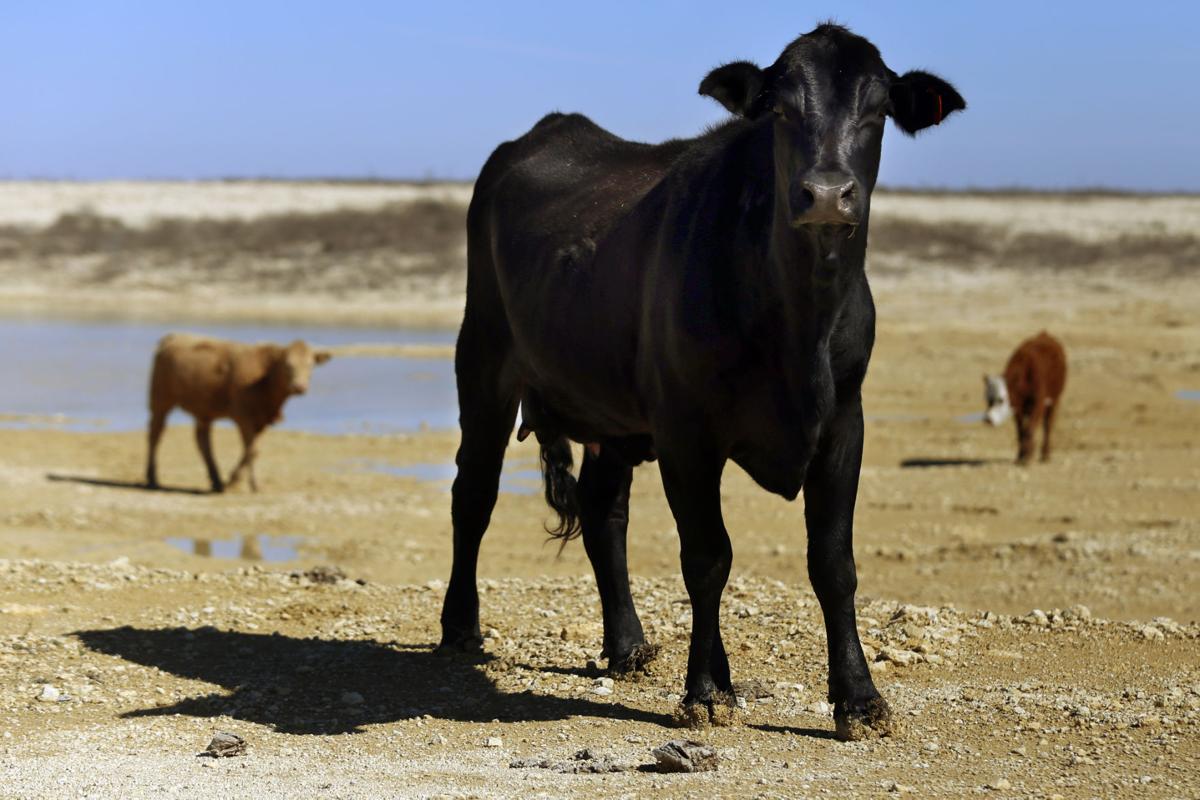 Cattle are seen near Elijah Road in Copperas Cove on Friday, March 6, 2015. 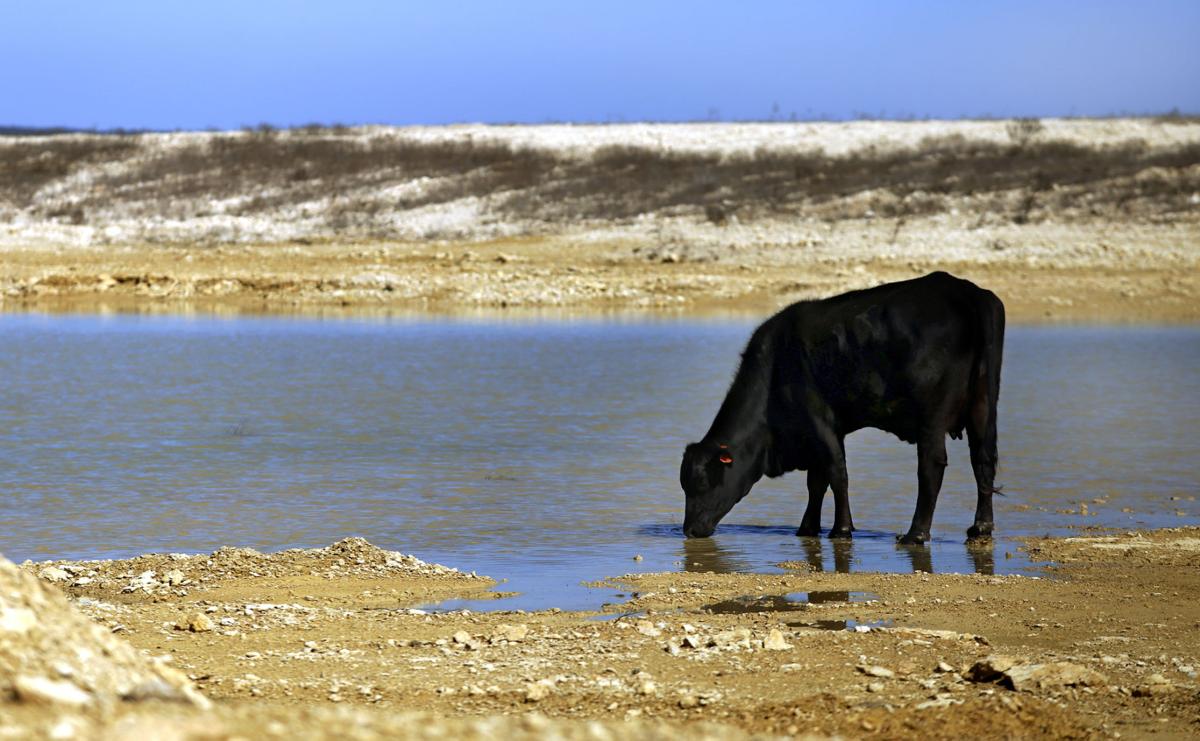 A cow drinks water in an open field near Elijah Road in Copperas Cove on Friday, March 6, 2015. 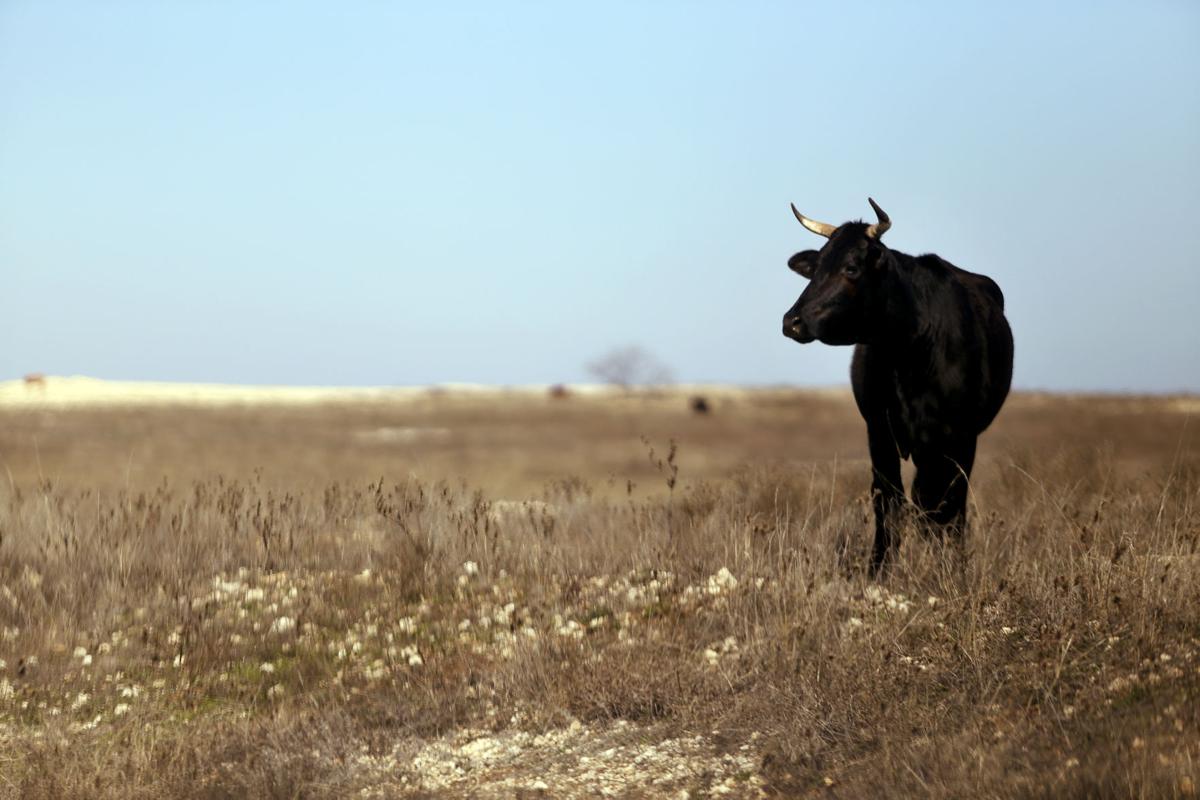 A calf is seen near Elijah Road in Copperas Cove on Friday, March 6, 2015.

Cattle are seen near Elijah Road in Copperas Cove on Friday, March 6, 2015.

A cow drinks water in an open field near Elijah Road in Copperas Cove on Friday, March 6, 2015.

GATESVILLE — An attempt to round up cattle at Fort Hood unleashed a legal dispute among the cattle ranchers whose families originally inhabited the area.

Five members of the Central Texas Cattlemen’s Association filed a lawsuit Feb. 5 in Coryell County District Court against the group, claiming their rights to keep cattle at Fort Hood were wrongfully terminated. The men are seeking up to $200,000 and want their shares returned.

While the lawsuit involves a temporary cattle pen built in December and removed three days later, the history of the people and families involved stems from the creation of Fort Hood in 1942.

In December, the lawsuit states, Kenneth L. Haedge, who was then 75 and has grazed cattle on post since the leasing agreement began in 1942, received verbal permission from a Fort Hood Range Control officer to build a temporary pen in a restricted area to trap his cattle and sell them. Denver Tippit, Case S. Jones and two ranch hands helped construct the pen. Clinton H. Shed was with them, but didn’t help, according to the lawsuit. Tippit’s father, Dale C. Tippit, was not there, but is the fifth plaintiff in the lawsuit.

“The sole information presented was in the nature of hearsay. ... It was stated that the range officer was extremely mad about the pens and that something had to be done,” the lawsuit stated.

According to the board’s bylaws, they can cancel a member’s shares without compensation if there is good cause, which includes activity that could “in any way affect the association’s business relationship with the Department of the Army.”

That night, the board voted to cancel the shares of Haedge, Denver and Dale Tippit, Jones — Dale Tippit’s grandson — and Shed. This also terminated their membership and barred them from Fort Hood, despite “a single past complaint being lodged against them.”

The ranch hands also were removed from the Fort Hood pass list.

The cattle, a total of 325 animals, were to be removed by March 2, or else the board would round them up and sell them off.

At the time of the incident and the removal vote, Brandon Belt was president of the association. He also is the county attorney for Coryell County, where the suit is filed.

“Plaintiffs have reason to believe that several members of the board seek to capitalize on the complaint regarding the unauthorized pens,” stated the lawsuit. It continued to allege certain board members are using the event to convince other board members that the Army was demanding the harsh remedy. Canceling the shares frees them for purchase by other association members. The five plaintiffs in the lawsuit own about 16 percent of the association’s total shares.

The history of these families began in 1942 when the U.S. War Department announced the acquisition of about 108,000 acres in rural Bell and Coryell counties to build what was then known as Camp Hood, and later Fort Hood.

Ranchers and families displaced by the Army post were granted permission to continue to graze their cattle on the land for a nominal grazing fee.

A decade later, the displaced ranchers and other local ranchers formed the association, a nonprofit corporation, in an effort to organize the grazing ranchers, to better manage authorized grazing and to deter unauthorized grazing on the military installation. Since June 2009, membership is for “those persons, and their heirs, who were displaced or otherwise adversely affected, by the taking of land to form Fort Hood Military Reservation.”

Members were issued shares by the association, each of which entitled them to graze a certain number of cattle on Fort Hood, which now is more than 200,000 acres.

The association pursued and eventually entered into a lease agreement with the Army for the grazing of cattle that is renewed every five years. The current lease will expire within the next few months, according to the lawsuit. A renewal is in the process of approval with the Army.

There are 1,240 authorized shares issued to about 80 members, the lawsuit stated. Each share allows for 1.6 animals to graze on post.

Currently, the lawsuit has a hearing scheduled for March 17 to complete testimony in connection with the plaintiff’s motion for a temporary injunction, said Ken Valka, Temple-based lawyer for the Tippits. As of now, his clients’ cattle remain on post. Calls to the association’s lawyer were not returned.

Rose L. Thayer is the military editor for the Killeen Daily Herald. She joined the paper in February 2011 as a health and military reporter. View her complete profile Here. You can contact Rose L. Thayer at rthayer@kdhnews.com or (254) 501-7463. Follow her on Twitter at KDHmilitary.

Rose L. Thayer is the military editor for the Killeen Daily Herald. She joined the paper in February 2011 as a health and military reporter. View her complete profile Here.

The setup of those cattle pens in PD94 is a restricted area due to unexploded ordinance no one at Range Operations would have gave them permission to set these pens up this article is false.

I meant to say the permission to setup pens is false.