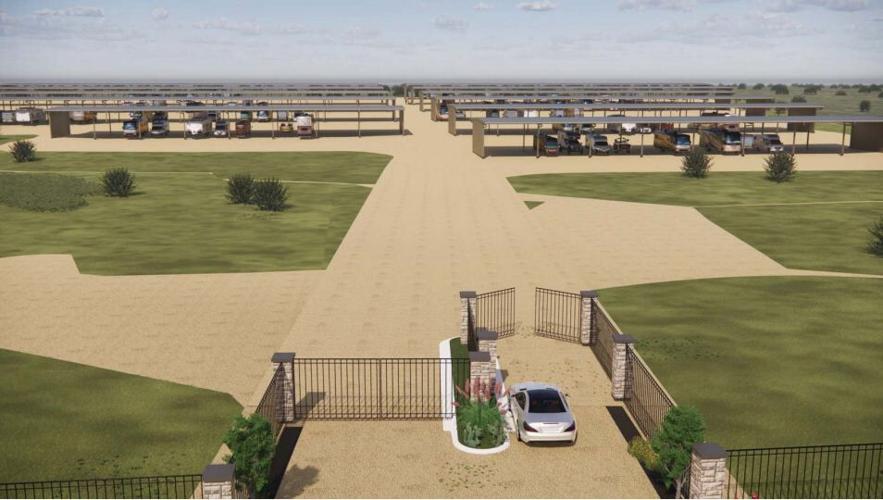 The proposed Platinum Coach Storage facility at 3888 Chaparral Road may be coming to Killeen in the near future. The facility offers boat and RV storage in a secure. monitored environment.

Photos courtesy of the city of Killeen. 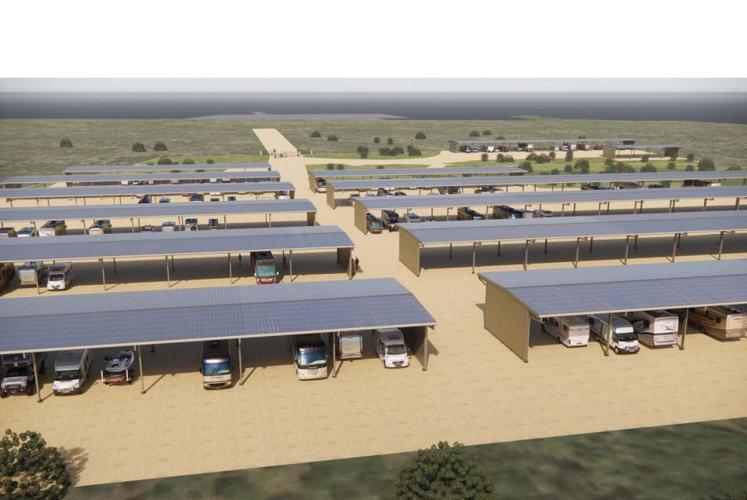 Photo courtesy of the city of Killeen.

The proposed Platinum Coach Storage facility at 3888 Chaparral Road may be coming to Killeen in the near future. The facility offers boat and RV storage in a secure. monitored environment.

Photos courtesy of the city of Killeen.

Photo courtesy of the city of Killeen.

An expansive RV storage facility may be coming to Killeen.

A future land use map amendment presented during Tuesday’s City Council Meeting would enable owners Michael and Rhonda Jung to develop 20.75 acres of land in Killeen at 3288 Chaparral Road into a large RV storage facility, if approved during the next City Council meeting.

Michael Jung said Tuesday that the development — Platinum Coach Storage — would be enclosed in a 6-foot black chain link fence, with the entrance protected by a wrought-iron gate accessible via a keypad. Jung said he anticipates LED lighting to cover the entire facility, and that bathroom facilities will not be provided.

The storage facility will only be available for recreational vehicles, large campers, boats, yachts and jet skis. Jung noted that construction, lawn care and other types of vehicles will not be allowed at the storage facility.

If approved, the vehicle storage facility would be the only one of its kind within city limits; other large dedicated vehicle storage spaces in the area are CENTEX RV & Boat Storage on Paddy Hamilton Road in Nolanville and Stillhouse Self Storage in Belton.

Councilman Michael Boyd said that the proposal appeared to offer a diversity in storage, which he said is important for a city of Killeen’s size. He also noted that the project makes way for a planned sewer line easement, allowing the city to operate on the project freely.

Pricing and estimated number of units are unavailable at this time, though 3-D renderings of the proposed facility showed more than 50 storage units.

Currently the plot of land is valued at just over $30,000, according to the Bell County Appraisal District.

Really Killeen you want to build a stupid R.V. park, But u can't build a grocery store. U really got your priorities all screwed up