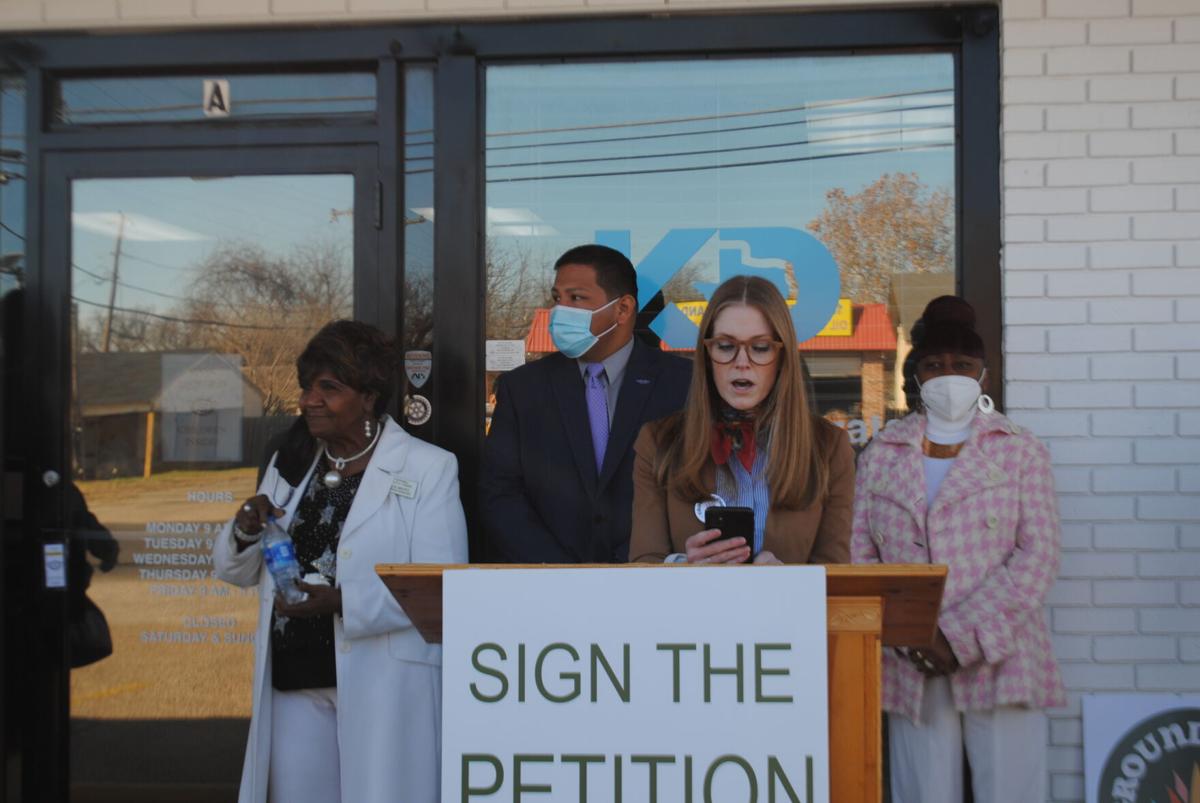 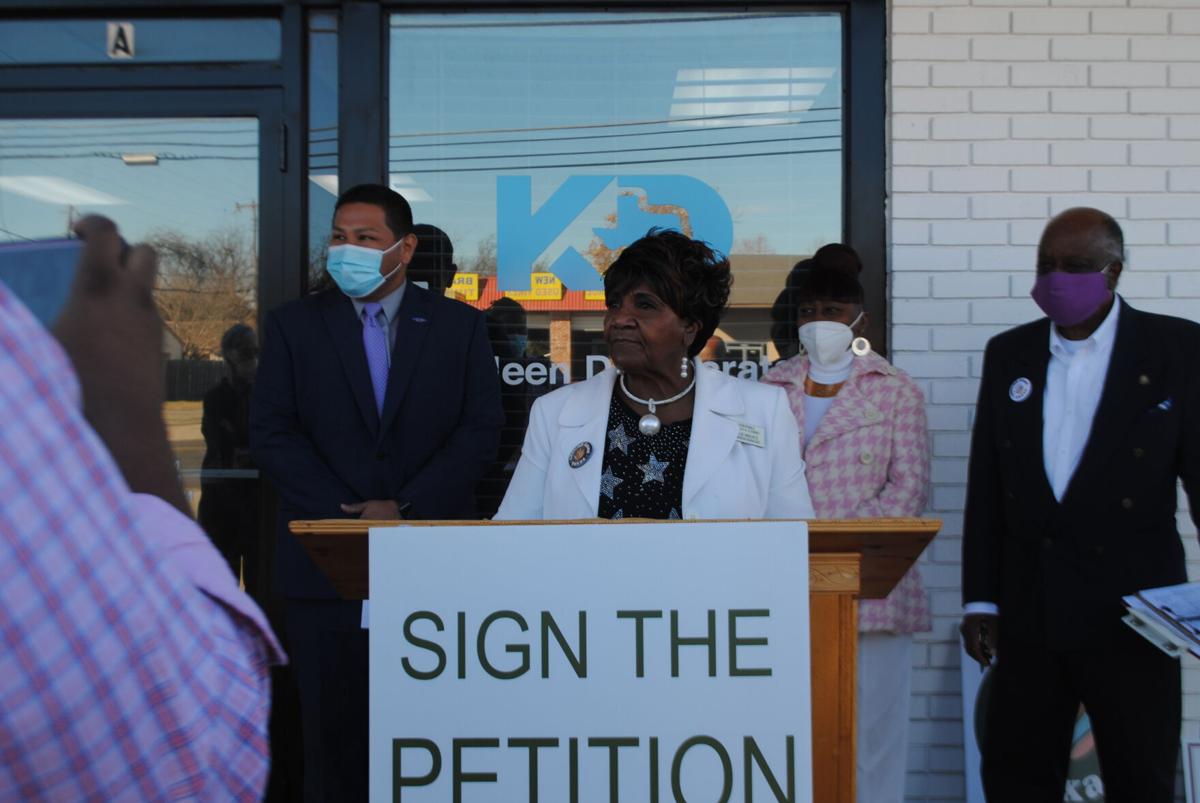 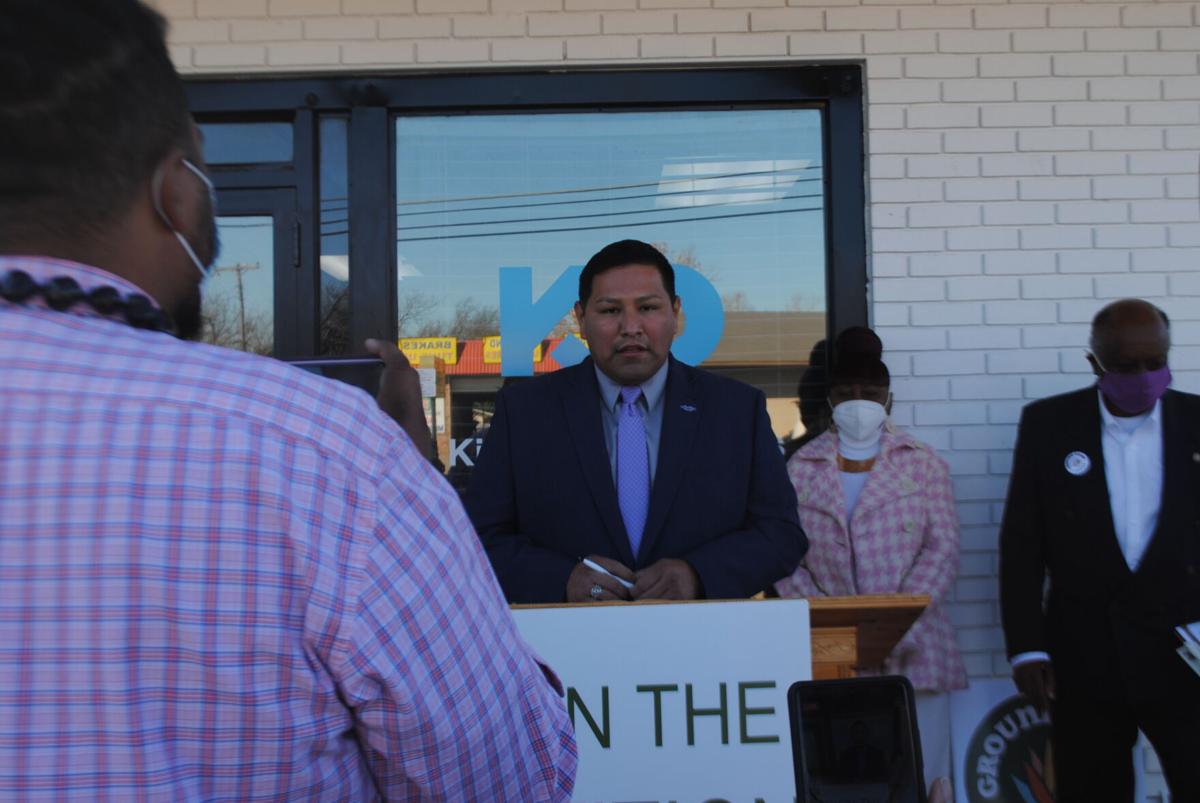 Louie Minor, former police officer and democratic candidate for Bell County Commissioner Precinct 4, shares a story of when he had to arrest a young college student for a marijuana.

Louie Minor, former police officer and democratic candidate for Bell County Commissioner Precinct 4, shares a story of when he had to arrest a young college student for a marijuana.

Julie Oliver, an Austin Democrat and former candidate for Congress in 2020, held a press conference Friday morning concerning her and local Democrats’ efforts to get marijuana decriminalized in the city of Killeen.

Oliver, along with former Killeen Mayor Pro Tem Shirley Fleming and Bell County Precinct 4 commissioner candidate Louie Minor have been holding meetings over Zoom since last year to work toward decriminalizing marijuana in the city.

Marijuana advocacy group Ground Game Texas, of which Oliver is the executive director, put on the event to talk to the press about their plans and efforts.

“We are honored to be partnering with Killeen and Harker Heights community members on this important initiative to end unjust enforcement of low-level cannabis possession,” Oliver said in her opening. “Eighty-seven percent of Texans believe that marijuana should be legalized for medicinal and recreational use and in Texas, we have the power of direct democracy; the citizens-led ballot initiative ensures we have a voice in our community’s future.”

"Black residents make up 40% of the population in Killeen, but account for nearly 80% of community members arrested for marijuana possession," said Mike Siegel, Political Director of Ground Game Texas said in a press release. "This ordinance would help bring an end to the disproportionate injustice of marijuana enforcement, and would greatly benefit veterans and those with serious illnesses who cite its use in managing pain."

After Oliver was finished, Fleming took the podium to deliver some remarks.

Fleming’s words seemed to be in response to the Killeen Police Department’s public statements about Chief of Police Charles Kimble declining to attend a planning meeting that Oliver, Fleming and Minor had last week.

“In fact, he declined the invitation on several occasions. No member of the Killeen Police Department will be in attendance,” Killeen Police Department said in a statement about the issue. “We want the community to know that department does not support to decriminalize marijuana and we will continue to follow the statute, Texas Health and Safety Code 481.121 - Possession of Marijuana, which is the Texas State Law.”

In responding to KPD’s statement, Oliver said she believes that this is an initiative that will get broad community support.

“I think the police department sees how popular this is and the will of the people want this,” Oliver said.

Oliver also pointed out how there were no police officers on the road outside of Louie Minor’s campaign offices, where the press conference was held, enforcing traffic laws.

Minor, who is a former police officer, spoke of his time when he had to enforce marijuana laws.

“I remembered it was just seeds and stems but I was able to gather up enough for a small bag and I arrested him for it,” Minor said in a prior interview with the Herald and one that he touched upon at the press conference, “And it still sticks with me because I wonder if I ruined his life for just a small amount of marijuana.”

Oliver also mentioned to other members of the press that the only way for marijuana to become fully legalized in the state of Texas is for them to vote Lt. Gov. Dan Patrick out of office.

“The Texas House, which is majority Republican, voted overwhelmingly to decriminalize marijuana in 2021 but it did not see the light of day because Dan Patrick held it up,” Oliver said.

If readers are interested in signing the petition to decriminalize marijuana in Killeen, they can sign here:

https://www.groundgametexas.org/en/killeen and the petition can be dropped off at Louie Minor’s campaign office at 1808 E. Rancier Ave.