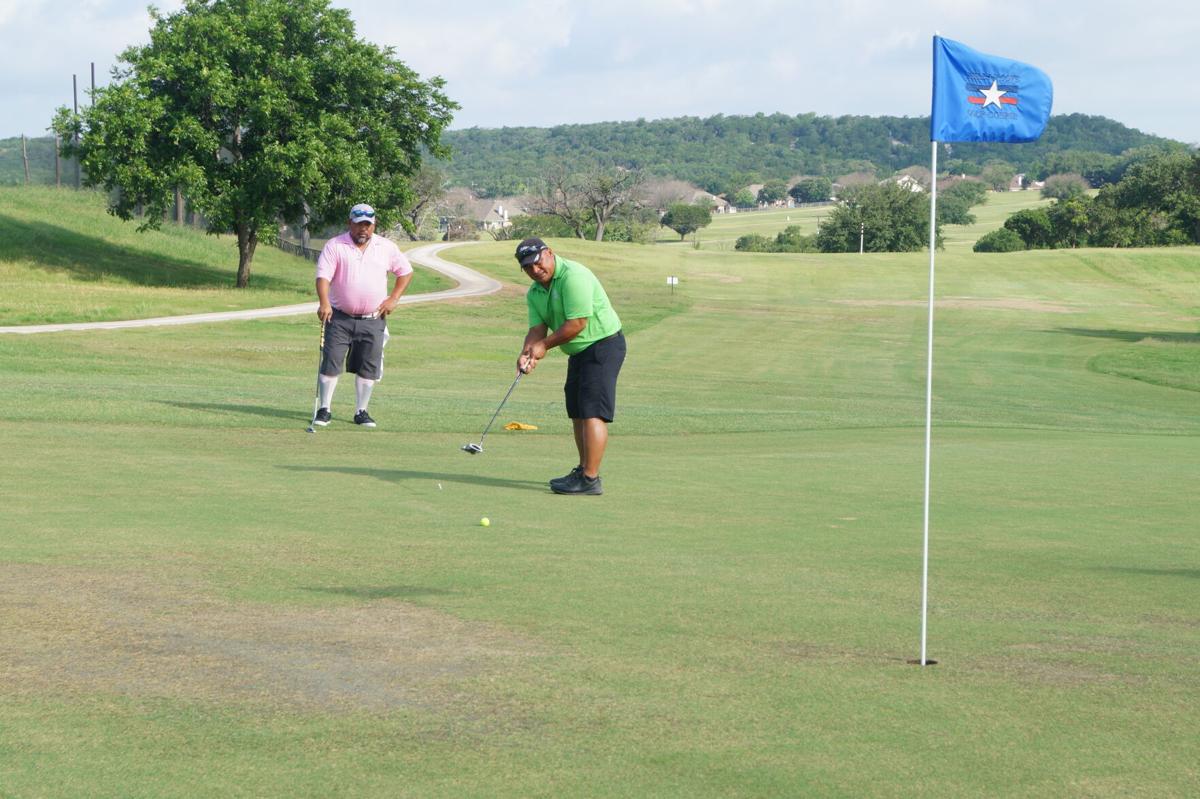 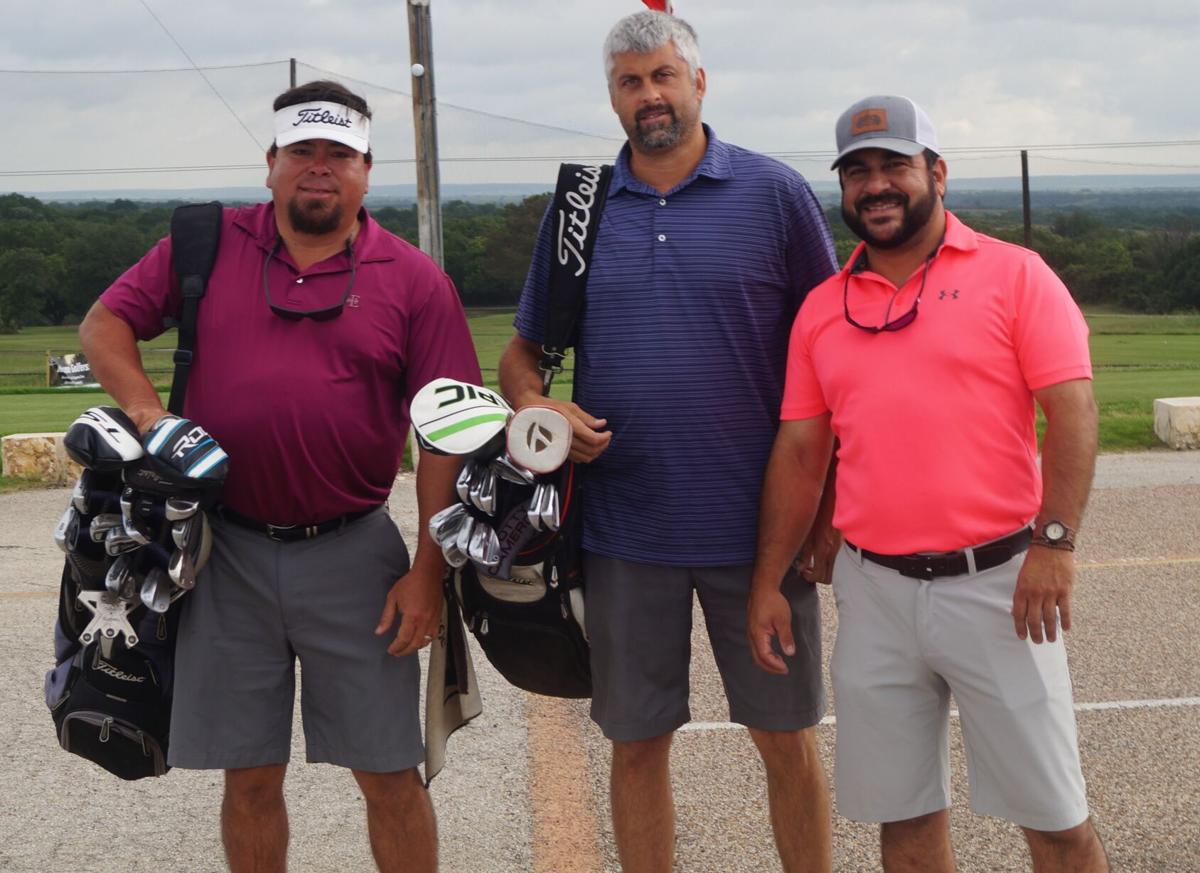 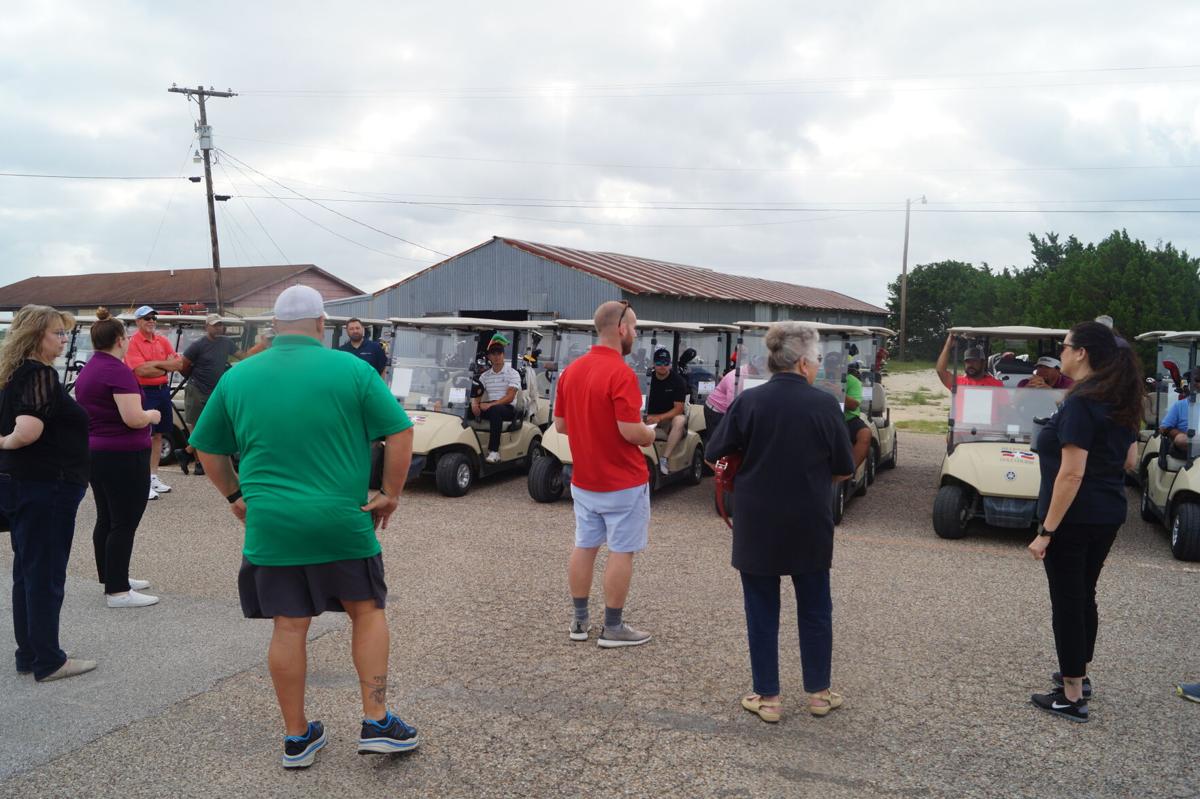 Daniel Hall, vice president of resource development for the Boys and Girls Club of Central Texas, briefs teams prior to the start of Friday’s charity golf tournament

Daniel Hall, vice president of resource development for the Boys and Girls Club of Central Texas, briefs teams prior to the start of Friday’s charity golf tournament

COPPERAS COVE — Dozens of Central Texans teed it up Friday morning at the Hills of Cove Golf Course for the local Boys and Girls Club first-ever golf tournament fundraiser.

It was a relatively small group of 10 teams registered for the four-man scramble event, which was postponed several times due to the COVID-19 pandemic and bad weather, and players and volunteers were excited to finally get the event underway.

Daniel Hall, vice president of resource development for the Killeen-based Boys and Girls Club of Central Texas, said the organization hopes to raise $10,000 from the tournament and an upcoming online auction to help pay for furnishings and fixtures for the Cove Boys and Girls Club’s new building, which opened for business earlier this month.

“It’s been a long time coming,” Hall said prior to the tournament’s 9 a.m. shotgun start. “This is the first tournament for the Boys and Girls Club of Copperas Cove. It was initially planned right before the pandemic, then we had a few rain issues, but here we are. It’s going to be a good day. Considering all the re-scheduling we had to do, this is a good first for the club and we’re excited about it.”

One of the teams participating in the tournament traveled to Cove from Lampasas. Eric Morua, Derrek Morin, and Derrek Eckermann said they came out mostly to have a good time and support a deserving charity. Winning the tournament would be icing on the cake.

“Playing golf and drinking beer — just kidding,” Morin said, as he and his buddies laughed. “We’re here to play some golf and donate to a good cause.”

“We’re going to give it our honest best. Derrek is probably our best player. He’s a good ball striker.”