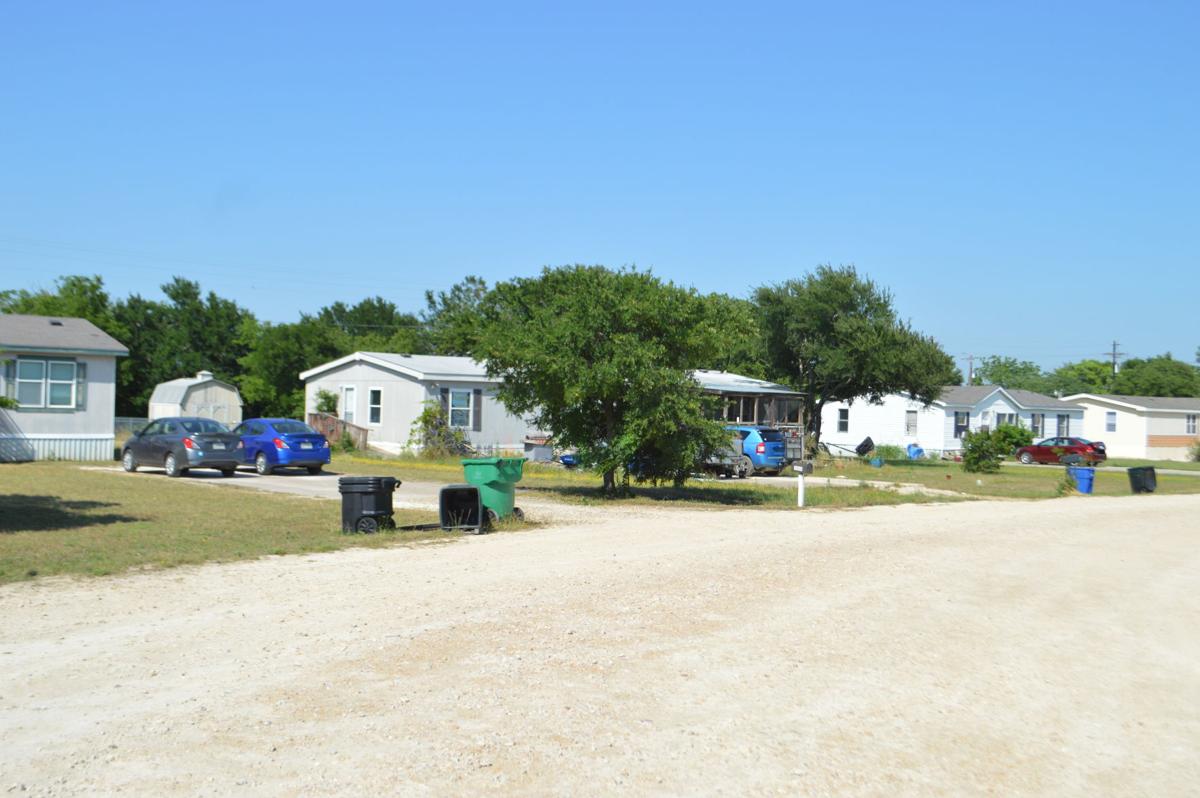 John Foster, a Killeen resident who owns these lots on Mohican Trail in Harker Heights, said the property value has gone up on all of his properties, and subsequently will have higher property taxes on them. 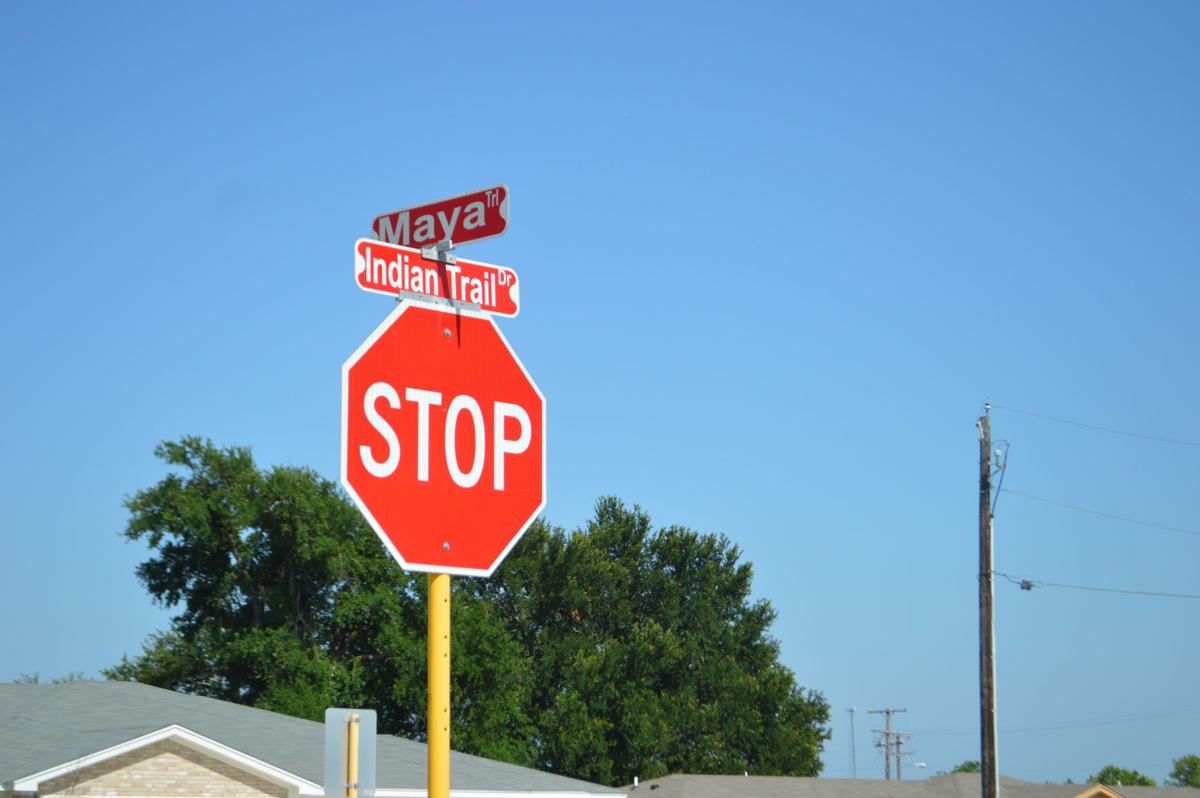 This photo shows the intersection of Maya Trail and Indian Trail Drive in Harker Heights. John Foster, a Killeen resident, owns a few properties on Maya Trail, which he said were appraised at higher values in 2020 than they were in 2019.

John Foster, a Killeen resident who owns these lots on Mohican Trail in Harker Heights, said the property value has gone up on all of his properties, and subsequently will have higher property taxes on them.

This photo shows the intersection of Maya Trail and Indian Trail Drive in Harker Heights. John Foster, a Killeen resident, owns a few properties on Maya Trail, which he said were appraised at higher values in 2020 than they were in 2019.

It has been about a week since the Bell County Appraisal District mailed out appraisal notices to property owners.

One Killeen resident, who owns multiple properties in Harker Heights and Salado, said the increases to his property value is projected to raise his property taxes by more than $11,000.

His 12 Harker Heights properties are zoned multi-use, and they have 16 mobile homes. The tax there could increase by an estimated $8,000 per year.

The expected tax increase Foster calculated is only a projection, but he said it is still a concern.

He is concerned for his tenants. The new appraisals, if not lowered in an appeal, put Foster in a spot where he has to decide to either raise rent or absorb the increase.

“I’d have to go up on the rent quite a bit to cover this,” Foster said Tuesday. He said based on the projected figures, he would probably have to raise monthly rent if the proposed tax rates are approved as-is.

“That’s a hard pill to swallow when these people work at, like, Dollar Tree ... and H-E-B,” he said.

A number of Foster’s tenants are retired, he said.

He said an increase of that amount could be devastating for the tenants.

Foster, 67, said he had to do the same thing in 2017 when many property owners saw their values increase.

“I went up on the rent just to cover the taxes back then,” Foster said.

According to the office of the Texas Comptroller, appraisal districts are required to appraise properties at market value as of Jan. 1, pursuant to Tax Code 23.01.

“I would say, in general, we are looking to see what the differences are,” White said of the increases. “The way we find differences, or why it’s valued differently, is based off of sales in the end.”

Foster said seven of the lots in Harker Heights he owns were each appraised at $8,100 or less last year, and now this year, they have been appraised at $28,000 each.

White said the appraisers likely had sales data to indicate that the market value for lots similar to Foster’s is around $28,000, which is the value for which they were appraised.

“We don’t raise values without some kind of information — some kind of analysis — that shows that the values are not where they need to be,” White said.

Foster said the large increases make it difficult to stay in the county.

“If they keep on doing this, people can’t afford to live here,” Foster said.

White said employees of the appraisal district are sympathetic of people’s situations, especially in the times during the coronavirus pandemic when people may have lost jobs or lost income.

The tax code is clear on what he and the appraisal district must do, however, White said.

“The market just does what it does, and we’re here to follow what the market is doing,” he said.

White said he would recommend Foster to do an informal hearing with the appraisal district to appeal the values, something Foster said he already intended to do.

Appraisal Review Board hearings are required to be in-person, White said, but they will be delayed and may not occur until later in the summer.

On Friday, Gov. Greg Abbott told WFAA, an ABC affiliate in Dallas, that he is urging taxing authorities to not raise rates but cut them to lessen the burden on Texas property owners.

“He’s telling the cities and counties, ‘You all need to lower your tax rates right now,’ so that’s going to be up to them,” he said.

White added that appraisal districts across the state asked for permission by the governor to freeze their values, but the governor told them properties had to be appraised at market value, as per the tax code.

Appraisal figures will be certified in July.

A Killeen City Council member submitted a request for the council to consider an agenda item that involves county officials. And city staff ar…

Apparently, appraisal districts use the same scale to evaluate property values as the police use to asses values on seized drugs.

You know, "police say the seized cocaine had a 'street value' of $4 million dollars." The problem is that MY property is not located on THAT Street! Now the tax assessor has barricaded themselves inside their offices and the only contact with them is online...good luck with that!

Our government is working diligently, on our behalf, to tax us out of our homes!