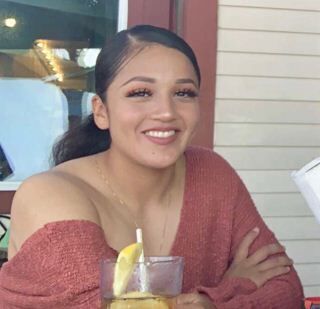 The Army has confirmed that Spc. Vanessa Guillen, a Fort Hood soldier with the 3rd Cavalry Regiment found murdered last year, was indeed sexually harassed prior to her death.

The Army internal investigation, known as an AR 15-6 investigation, was initiated by U.S. Forces Command and conducted by Gen. John Murray, commander of U.S. Army Futures Command, which is based in Austin. The investigation determined that Guillen had been sexually harassed before her murder, but it had nothing to do with her death.

Murray and other Army officials met with Guillen’s family in Houston on Tuesday to explain the findings.

Guillen’s family and their attorney, Natalie Khawam, held a news conference afterward, in which Khawam thanked Murray for his openness and transparency in dealing with them, according to reports from several media outlets.

The investigating officer highlighted several important events about the findings.

The investigation concluded that “in late summer of 2019, SPC Guillén (then a Private First Class) was in her troop orderly room when one of her supervisors made an inappropriate sexual comment in Spanish which SPC Guillén translated as a solicitation for her to participate in a ‘threesome.’ Following this incident, another supervisor noticed a marked change in her demeanor, which prompted the supervisor to ask if she was okay. It was then that SPC Guillén reported the incident to her supervisor and another soldier. She later confided in select peers. Between 16 September 2019 and 9 October 2019, two soldiers reported this incident to her unit leadership, who failed to initiate an investigation.

“The Investigating Officer determined that SPC Guillén’s supervisor was unprofessional and the supervisor’s counterproductive behaviors adversely effected SPC Guillén and others. This supervisor specifically targeted her, called her out in front of her peers, and consistently made an example out of her.

“During a field training exercise, this same supervisor encountered SPC Guillén while she performed personal hygiene in the wood line and SPC Guillen reported that this made her uncomfortable. During this time, she was under cover in the wood line.

“While the investigating officer did find evidence of sexual harassment and mistreatment toward SPC Guillen, after examining all the evidence and witness statements, he determined that those incidents were not related to her murder.”

As a result of Guillen’s unit’s failure to take action, 21 non-commissioned officers and officers were reprimanded or fired.

A Killeen woman was reindicted this week on more charges related to the death of Fort Hood soldier Vanessa Guillen last year.