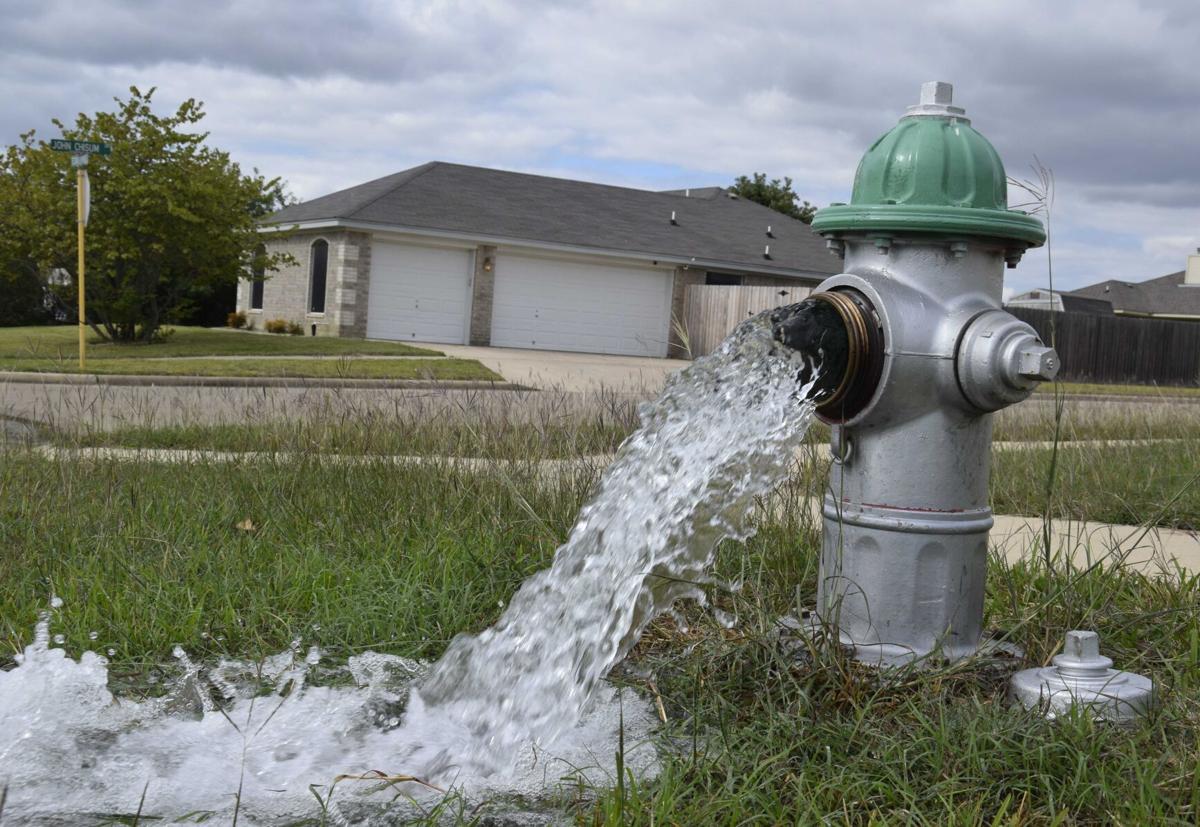 Lauren Dodd | Herald Water was seen flowing from a fire hydrant on Tecovas Springs Court in south Killeen Oct. 20 during a time when Killeen was under a citywide boil-water notice due to low chlorine residuals in the water supply. 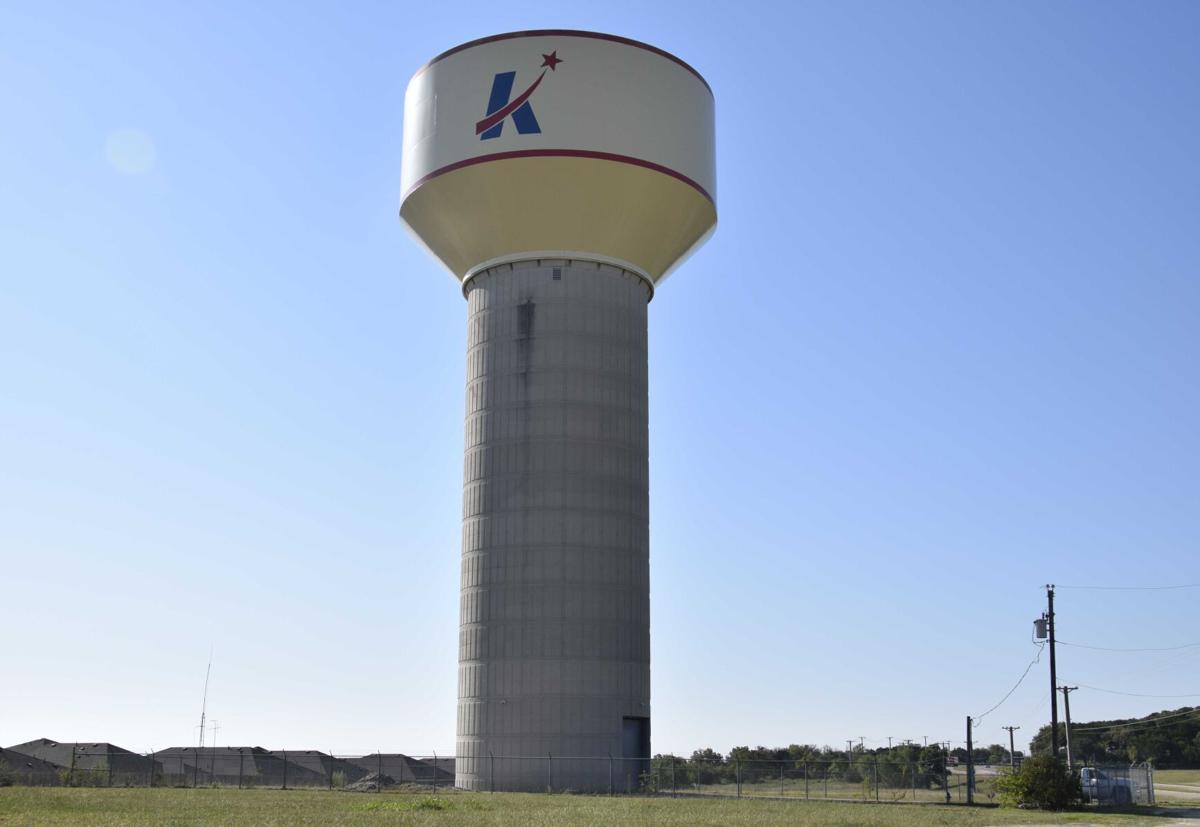 Lauren Dodd | Herald The city of Killeen was seen flushing a fire hydrant outside an elevated storage tank, 6520 Cleark Creek Road, Oct. 22 at a time when Killeen was under a citywide boil-water notice.

Lauren Dodd | Herald Water was seen flowing from a fire hydrant on Tecovas Springs Court in south Killeen Oct. 20 during a time when Killeen was under a citywide boil-water notice due to low chlorine residuals in the water supply.

Lauren Dodd | Herald The city of Killeen was seen flushing a fire hydrant outside an elevated storage tank, 6520 Cleark Creek Road, Oct. 22 at a time when Killeen was under a citywide boil-water notice.

In the wake of the citywide boil-water order that affected Killeen’s drinking water for 10 days in October, another change is on the horizon this week.

After a month of what some residents referred to as “bleach water,” the Bell County Water Control and Improvement District (WCID) will wrap up its chlorine conversion process of the area’s drinking water Monday, impacting thousands of water customers from Belton to Copperas Cove.

“Most won’t notice the transition back,” WCID No. 1 General Manager Ricky Garrett said Thursday. “I don’t know why but it’s more seamless going back the other direction.”

As recommended by the Texas Commission on Environmental Quality, on Oct. 21 WCID-1 began a chlorine conversion process in which “free chlorine” was utilized to kill bacteria. By pushing highly chlorinated water through the system, WCID-1 helped end Killeen’s boil-water woes, effectively returning chlorine residual levels back to state-mandated standards.

For 10 days, between Oct. 19 and Oct. 29, Killeen residents and businesses were under a boil-water notice, unable to consume tap water without boiling it first, due to low chlorine residuals found during quarterly water testing at six sites within the city. During the early days of the chlorine conversion, some residents complained their tap water reeked of bleach.

Now, as WCID-1 returns to its prior standard chloramine disinfection process Monday, officials say residents shouldn’t notice a bleach smell or taste to their water any longer.

WCID’s general manager suggested residents may want to flush their faucets Monday, but it’s not mandatory.

“Let’s say someone has been at work all day and comes home, it wouldn’t be a bad idea for them to turn on the tap and run the water a few minutes,” he said. “It’s going to be just like when the system changed from chloramines to chlorine. ... A person living near our entry points will see the difference much quicker than someone living farther away from our lines. Everybody is going to experience it at a little bit different time.”

During the chlorine conversion, Garrett said WCID-1 employees have stepped up monitoring routines at the water treatment plant on Belton Lake.

“We’ve been doing a lot more monitoring of our residuals because the free chlorine is ... very volatile,” he said. “So it’s been a different kind of challenge for our operators to make sure that we maintain those residuals.”

In a two-day training with TCEQ, Garrett said he and other area entities learned how to spot the warning signs of chlorination issues, hopefully, long before a situation turns into a citywide boil-water notice.

“We have much more information, direct information, about our own water that will enable us to see warning signs a lot easier, both on the WCID-1 side of the meter and on the customer’s side of the meter,” he said. “We’re better informed and we don’t want — no one wants — to go through what we did before. So, I think steps will be in place to keep this from happening again.”

In a response to Herald questions concerning the likelihood of another, similar 10-day citywide boil-water notice, Killeen officials said they feel confident it won’t happen again.

“While nothing is ever 100%, by incorporating training from the TCEQ, updating the city’s nitrification action plan, working with WCID #1 and their customers, and installing booster stations, City Staff is confident that another citywide boil water notice like this one will not happen again,” Killeen Executive Director of Public Works Jeffery Reynolds said.

The city’s after-action report on last month’s water issues is expected to be done the second week of December, officials said.

Q and A: Killeen officials respond to questions on October’s water problems

In the weeks after Killeen’s 10-day citywide boil-water order in late October due to low levels of chlorine in the city’s drinking water, the …