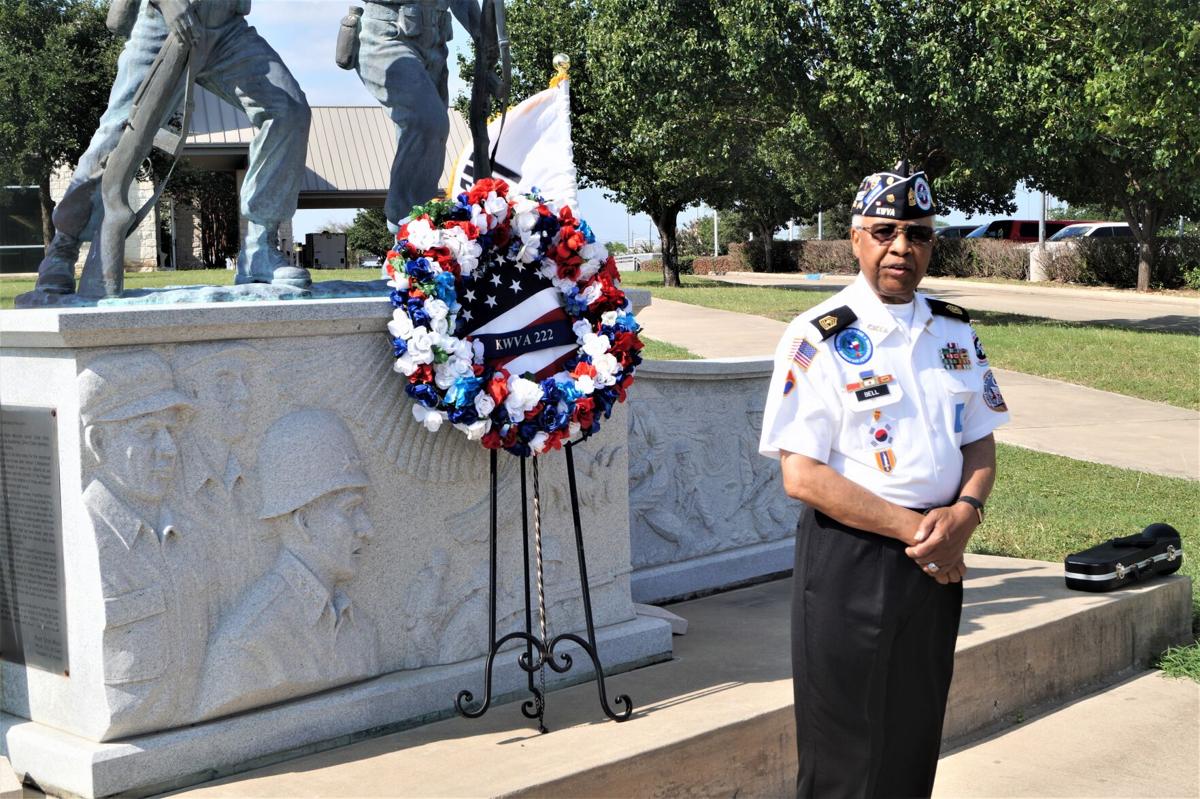 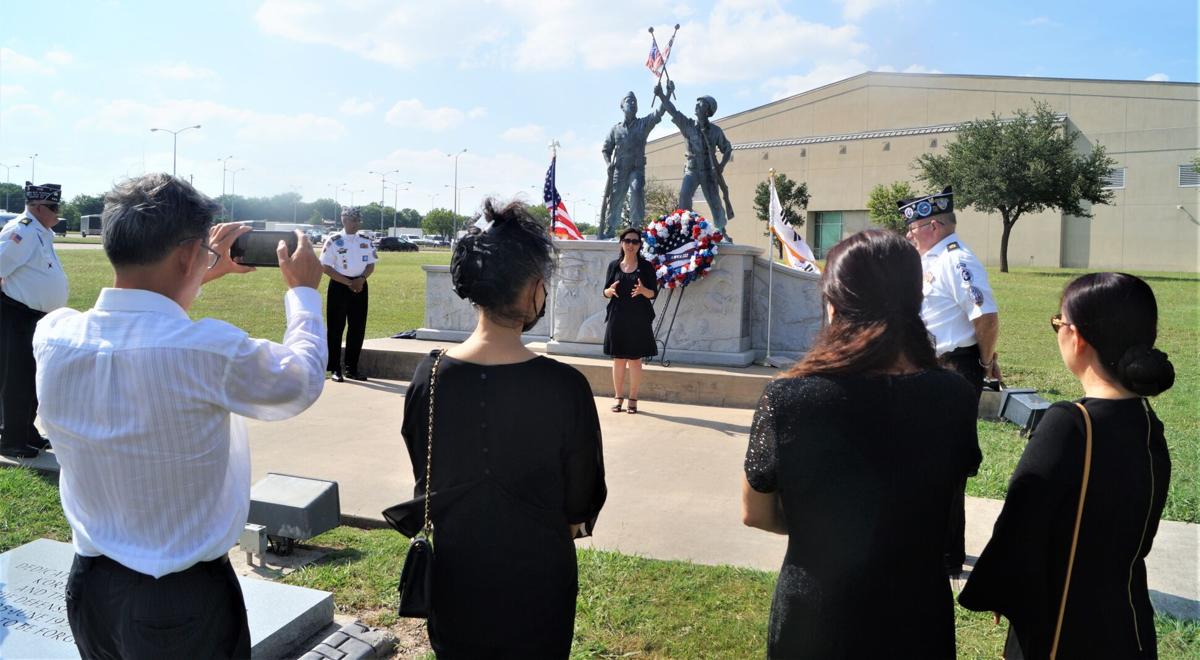 Members of the Korean-American Association of Killeen listen as director June Park speaks during a ceremony to commemorate the beginning of the 1950-53 Korean War.

Members of the Korean-American Association of Killeen listen as director June Park speaks during a ceremony to commemorate the beginning of the 1950-53 Korean War.

It was a small but — at times — emotional crowd that gathered in front of the Korean War Memorial outside the Killeen Civic and Conference Center for a brief recognition that included placing a wreath at the base of the monument, and remarks from June Park, director of the local Korean-American Association.

“I just want to say how much we appreciate the Korean War veterans, and those who fought for Korea — it is in every Korean’s heart,” said Park, who normally visits her home country every other year. “Even though we live in the United States, our homeland is Korea (and) we have family in Korea, and even though our Korea is split into North and South, at least there is peace, and we are not in a communist society.”

Eddie Bell, state president of the Department of Texas Korean War Veterans Association, said it is important to recognize the sacrifices made during that controversial war that began June 25, 1950, when North Korea invaded South Korea following clashes along the border. The fighting officially ended in an armistice, or truce, on July 27, 1953, although some say the conflict has never really ended.

“We want to say thank you to those that went before us to save a country,” Bell said. “That country was in need, and America answered. And 57,000 lives later, we’re still trying to get people — and even through our Congress — to say it was a war and not just a conflict.

“When you lost that many lives to save a country, I think that’s a little bit more than a conflict.

“What this day means to me is to give honor every year to the beginning of the war. We come together to pay our respects, give honor to those who participated. It’s an honorable day. As the state president for the Korean War Veterans Association, it’s an honor for me to be here.”