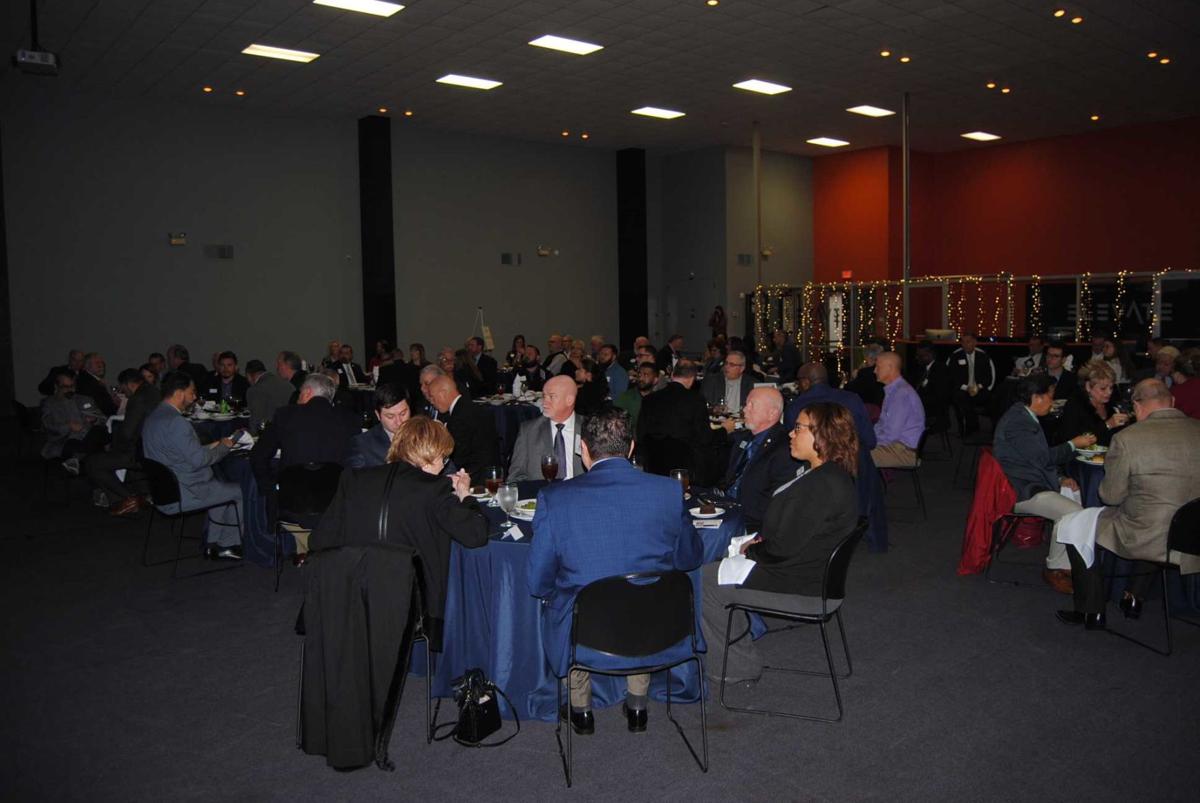 Around 90 people enjoy their lunch at the Public Policy Council luncheon at Grace Christian Center in Killeen on Thursday. 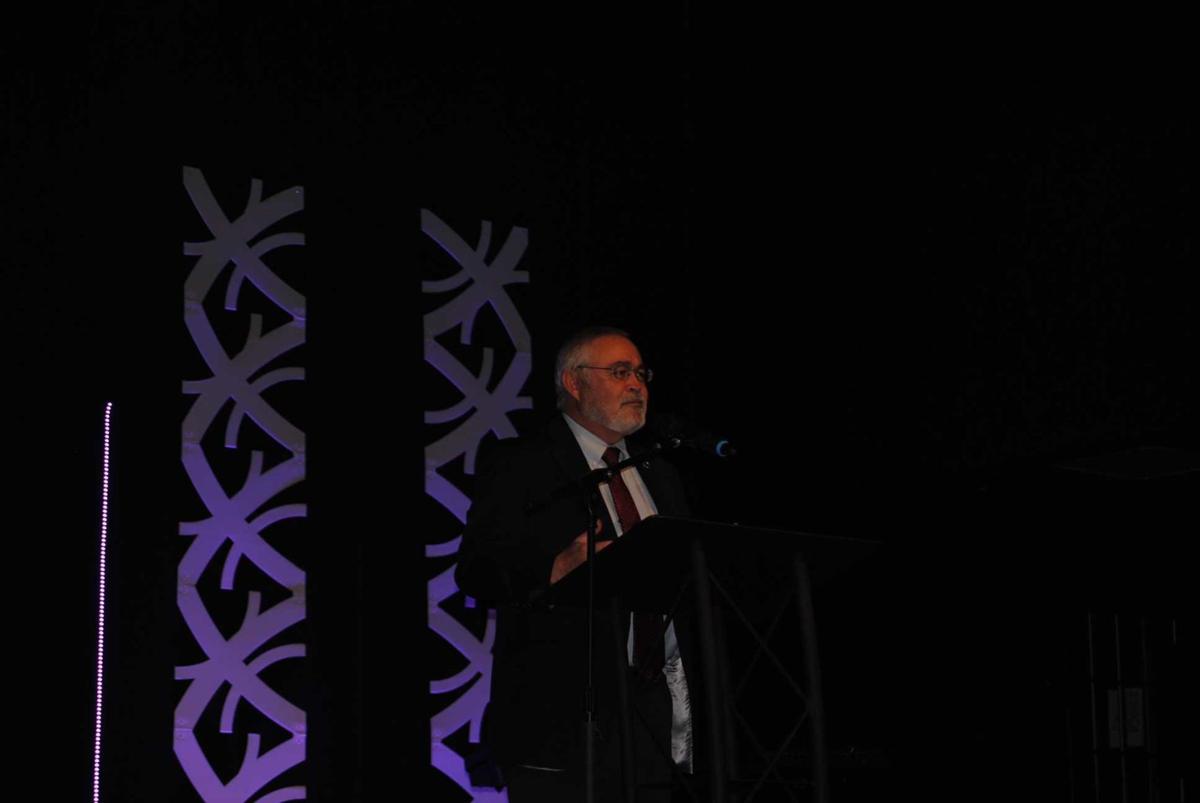 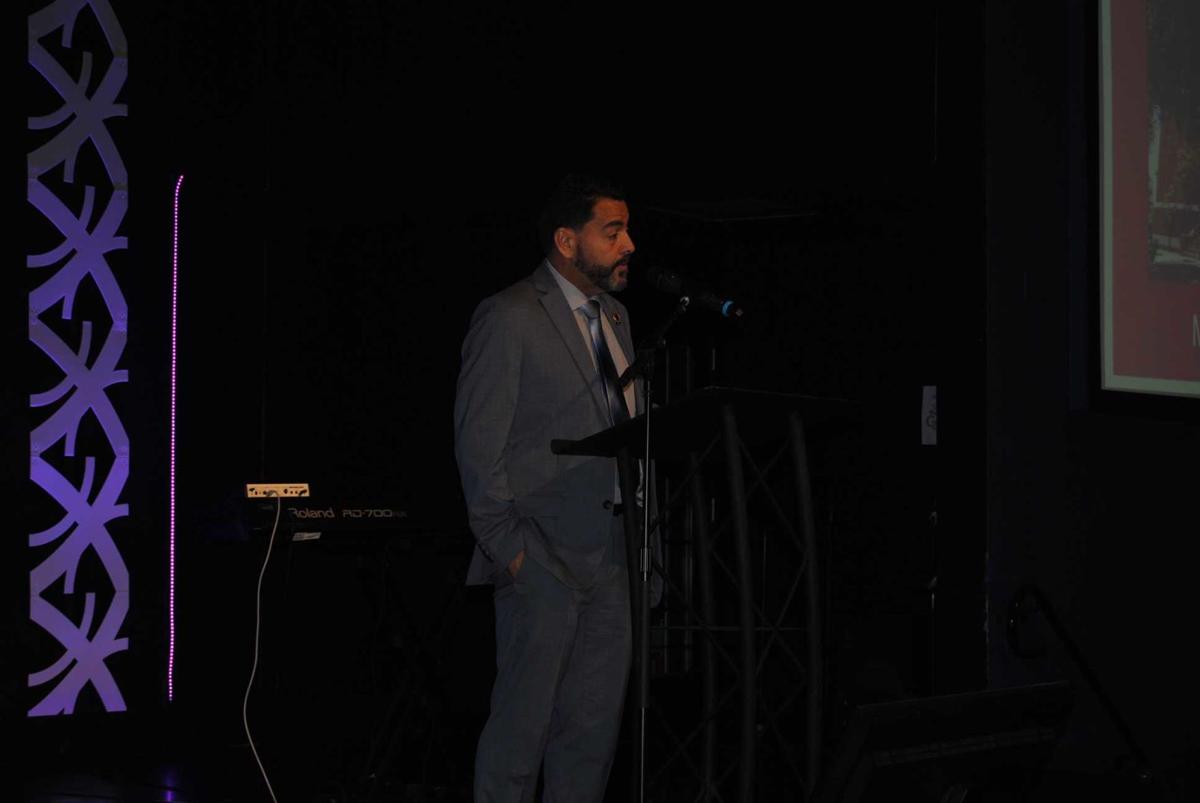 Around 90 people enjoy their lunch at the Public Policy Council luncheon at Grace Christian Center in Killeen on Thursday.

Around 90 community leaders and Killeen-area professionals and residents gathered at Grace Christian Center in Killeen on Thursday for a Public Policy Council luncheon hosted by the Greater Killeen Chamber of Commerce to get an update on the city of Killeen and Bell County.

“Two-thirds of the county revenue comes from property taxes and it’s been that way forever,” Blackburn said. “On the expense side of it, two-thirds of your county tax dollar goes toward the expenses of our civil and criminal justice systems in the county.”

Blackburn also discussed Bell County’s contribution to the construction of Chaparral Road in conjunction with the building of the new high school by the Killeen Independent School District.

“Most of you know where Chaparral Road is and how that twists and turns and how it’s a country road … and it’s been that way for a very long time,” Blackburn said. “With High School #6 coming, that has to change.”

Blackburn said the county has agreed to contribute $3 million to the work on the road and that $3 million is the highest dollar commitment to a single transportation project in the history of Bell County.

Blackburn went on to discuss future plans for Bell County as well.

He covered the 2020 Census and the election that are both coming up soon.

Blackburn also answered a question from the audience toward the end of the luncheon regarding controlling expenses and he gave examples of how he has done that.

His main example was about the county’s indigent health care program. The county is required by the state to provide indigent health care services and at the beginning of the year the county had around 1,500 people on the health care program, according to Blackburn. The county made some changes to the program to reduce expenditures in the summer. One of the stipulations was that if you are able to work you must be seeking employment to stay on the program. With the implementation of the stipulation around 1,000 people dropped out of the program and it saved the county over $1 million, according to Blackburn.

Segarra followed Blackburn and discussed what is happening in the city and what is in the works for the Killeen.

Segarra gave updates on the infrastructure projects in the city.

“The amount of money that’s needed to take care of all of our infrastructure within the next 25 years, you’re looking at over $800 million,” Segarra said.

The city has to “find out a way to come up with more revenue to take care of that before it just deteriorates more and that bill just gets higher and higher,” he said.

Sandra Blankenship, a Killeen resident, was present at the luncheon.

“I wish they would have gone into more depth on some of the issues … but there was a nice, overall, informative program,” Blankenship said.

Adam Martin is the senior vice president of commercial lending at First National Bank of Texas, and he has been going to the luncheons for the last four years.

“I thought it was great … they’ve changed the format a little bit, it has gotten a little bit easier to digest. Instead of going over everything, they hit the high points,” Martin said. “I was very impressed with the county judge and his very apparent desire to lower expenses, and I really felt like as a constituent that’s what I wanted to hear.”