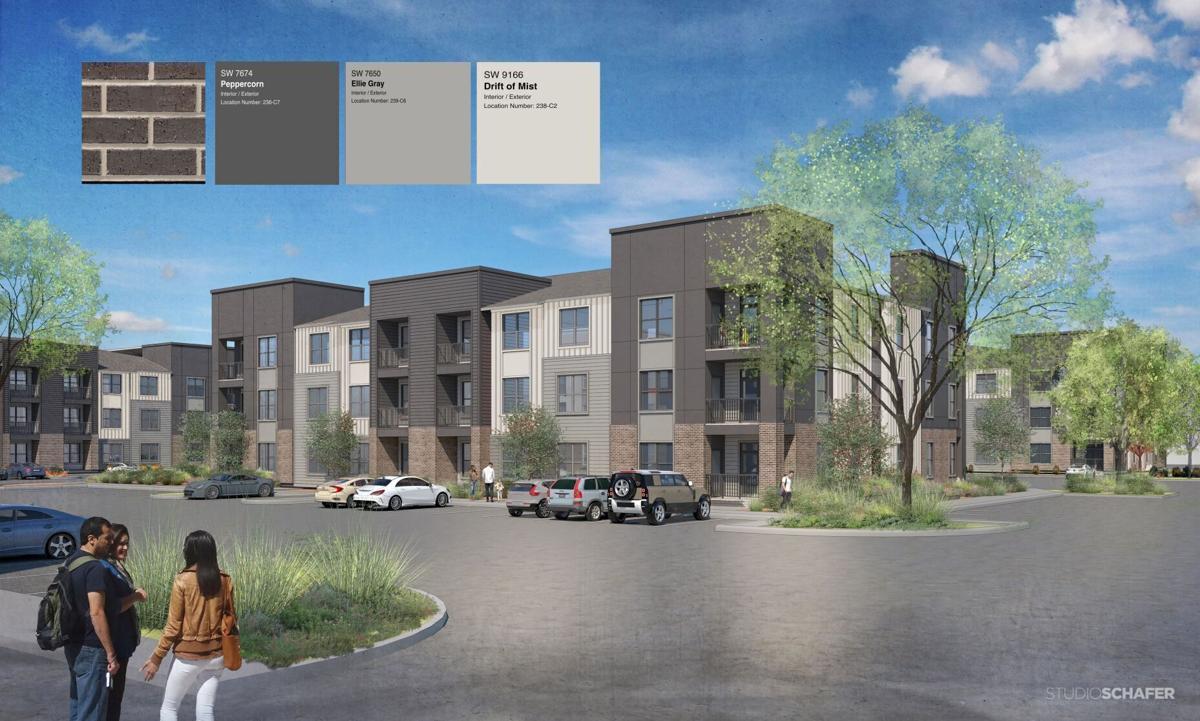 Ohio-based developer NRP, Inc. plans to build a gated apartment complex with 368 units on about 25 acres of land near the intersection of W.S. Young Drive and Veterans Memorial Boulevard in north Killeen. 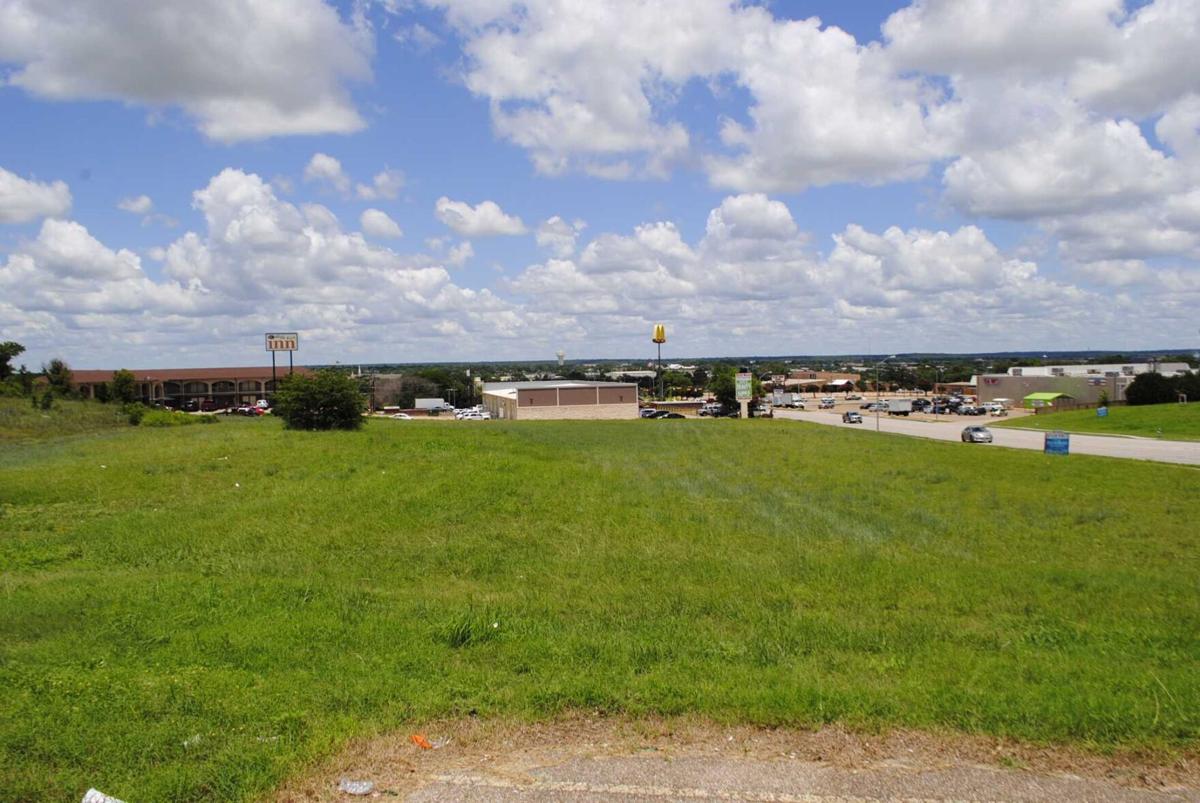 Land near the intersection of W.S. Young Drive and Business 190, where NRP, Inc hopes to build an apartment complex with more than 300 units 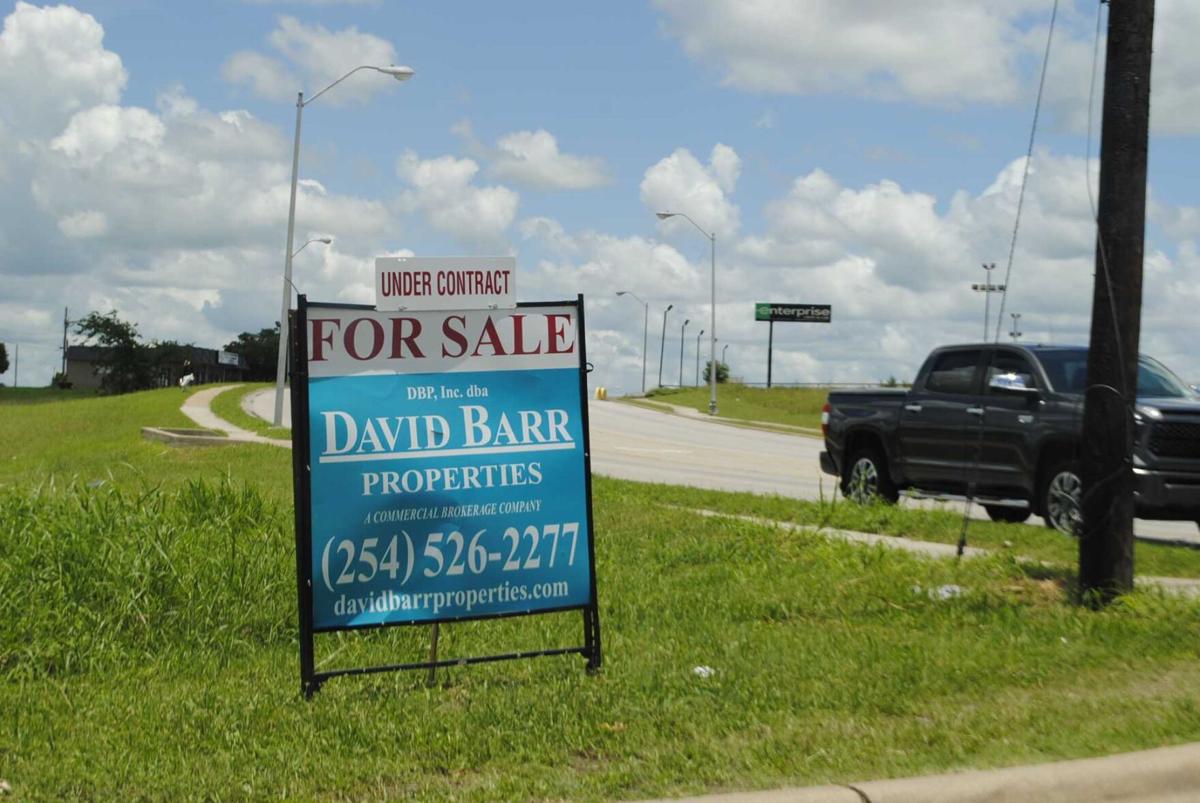 A for sale sign near the location of Business 190 and W.S. Young Drive, where NRP, Inc. plans to build over 300 apartments.

Ohio-based developer NRP, Inc. plans to build a gated apartment complex with 368 units on about 25 acres of land near the intersection of W.S. Young Drive and Veterans Memorial Boulevard in north Killeen.

The Killeen Public Facility Corporation, or PFC, was formed in January and designed specifically for the purpose of developing the new apartment complex. Though, this board could be used in the development of other projects as well. Councilwoman Melissa Brown, who has been an outspoken opponent to the formation of the board, was unanimously elected president.

Brown told the Herald Thursday a meeting will be called to elect a new vice president. She also noted other vacancies are usually automatically filled by the next council member. That would either be Michael Boyd, Jessica Gonzales or Nina Cobb, all recently elected. Should they decline, it would be up to the board to fill the vacancy with someone who is appointed.

Ohio-based developer NRP, Inc. plans to build a gated apartment complex with 368 units on about 25 acres of land near the intersection of W.S. Young Drive and Veterans Memorial Boulevard in north Killeen. The project has been named, Killeen Public Facility Corporation North Killeen LLC.

Proponents say the project would be a boon to north Killeen and nearby downtown, where business has been declining for years.

The apartment complex is meant to be working class, with at least 50% of the occupants earning 80% of the area’s annual median income, which according to the U.S. Census Bureau is $49,630. This was last recorded in 2019.

There isn’t a set date yet for the next PFC board meeting, but Brown said in addition to electing a new vice president, the board will give an update into the proposed apartment complexes.

“We do have to have a new election to at least replace the vice president position. So far we’ve not received any updates as far as any progress and we haven’t received any documents,” Brown said Thursday during a phone call. “So to the best of my knowledge, there hasn’t been any progression as far as the actual involvement of the city or the PFC in the project.”

In its first, and so far only, meeting, the board met Feb. 2 and unanimously voted to authorize NRP to develop the project. This vote also included that all documents signed needed to be submitted to the PFC and alerted within 24 hours after they are signed so that the corporation may review them. This was added to the bylaws by Brown prior to the vote.

In the weeks leading up the project and formation of the PFC, Brown had voted against the formation of the board until that change was added to the bylaws. The project would be exempt from all property taxes — city, Bell County and school district. Originally. Brown was the only member to reject the bylaws in a 5-1 vote, and made a motion in reference to the board having the ability to review documents. The motion failed, but later was revisited and passed.

Brown clarified that the tax exemption was not a tax abatement, which had been reported earlier in another article written by the Herald.

“This would be a tax-exempt city-owned property. So, for at least 75 years while this lease is in place the apartment complex and any property value and materials that would need to be purposed for construction or repair, would all be tax exempt because it is now owned by the PFC. It’s owned by a 501 C3 nonprofit organization and everything would go through that,” Brown said.

Brown said there are still aspects of the project that concern her, and that she will do what she can to ensure the livability of the residents in that area during construction of the project.

“I’m nervous for what it will mean to the residents in the surrounding areas from where that apartment complex is being built. However at this point since the majority of the council voted in favor and if this project is happening, I feel as though it is my responsibility, especially with the position that I hold, to make sure this apartment complex is successful and that it also brings as many benefits to the local community as possible, while still preserving the livability for the people around here,” Brown said.

The Herald also asked Brown how an apartment complex near that intersection could potentially affect traffic. Brown said this was a question she brought up during the initial discussion and debate of the project. The entrance for the complex will be situated on W.S. Young, which Brown recognized as a high traffic area.

“There’s no stop light currently where the development plans to have that entrance and exit, and W.S. Young at that intersection has a tendency to already have traffic back up during high traffic times,” Brown said. ”So my concern is people trying to get in and out of there (the apartments), during high traffic flow and the higher potential for accidents because of that.”

However, a solution is likely to be presented when the project is finished. Brown said once the project is complete, the city will be able to perform a traffic impact analysis, and eventually install a stoplight in that area. Coupled with the state of the roads, the Herald also asked Brown how run-off water would be handled in that area. She said the plan includes a retention pond that will direct run-off to a retention pond that drains into a creek.

The Herald also reached out to NRP’s office in Austin Thursday regarding progression on the project, but have not received a reply.

Killeen spokeswoman Hilary Shine said in an email Thursday there are no scheduled meetings or immediately pending council actions. Staff is currently reviewing site development permits, according to Shine.

Question that actually need to be answered.

1. Retention ponds are closely regulated in the USA. Because these ponds impact the local water table and broader environment.

Local governments are to do a yearly inspection to insure that they are full filling it's intended purpose and remaining up to code.

How does the city plan on doing this, and how will the cost of maintenance of a retention pond effect tax payers?

1 Children are attracted to water and so are adults, retention ponds are easily accessible. Retention ponds have deep and steep drop offs and are designed for max rain water collection with muddy bottoms and slippery sides and hard for a person to escape from.

2. Mosquitos. We know and have seen the problem with local drainage areas in the north side and along Lowes Blvd and how the smell and water brings in the mosquitoes. Retention ponds can and do become breeding grounds for mosquitoes.

How will the city deal with these liabilities,?

As we all know with city liabilities, this brings lawsuits against the city and a cost to the tax payer a each time a law suit is filed against a city.

How much liability will the city be accountable for with the build of a retention pond?

Will the city need to invest in a large insurance plan for these liabilities?

How does the city plan on budgeting these things into the budget with out forcing higher rates on the citizens?

Shall we take a look at the cost of waiting to deal with street problems after the build?

That would be crazy to build first and than deal with the roads, as this could cause even bigger problems and cost. Local contractors and builders have to factor those things in before they start a project.

Why is the city thinking they do not have to?

Fact is if these things are not factored in before the build starts, it could end up costing the city more than what they will get in the end. Many others cities have ended up hurting because of these types of builds and the fact they did not factory on the cost and maintenance of such a large adventurous build.

Living beyond ones means is something every citizen faces daily and either a citizen budgets for the worst or they face failure in the end.

Wants vs needs is something one must look at when investing. One must be willing and can afford to lose big when one invest money into stock or other projects.

Does the city of Killeen and citizens have that kind of money for a want?