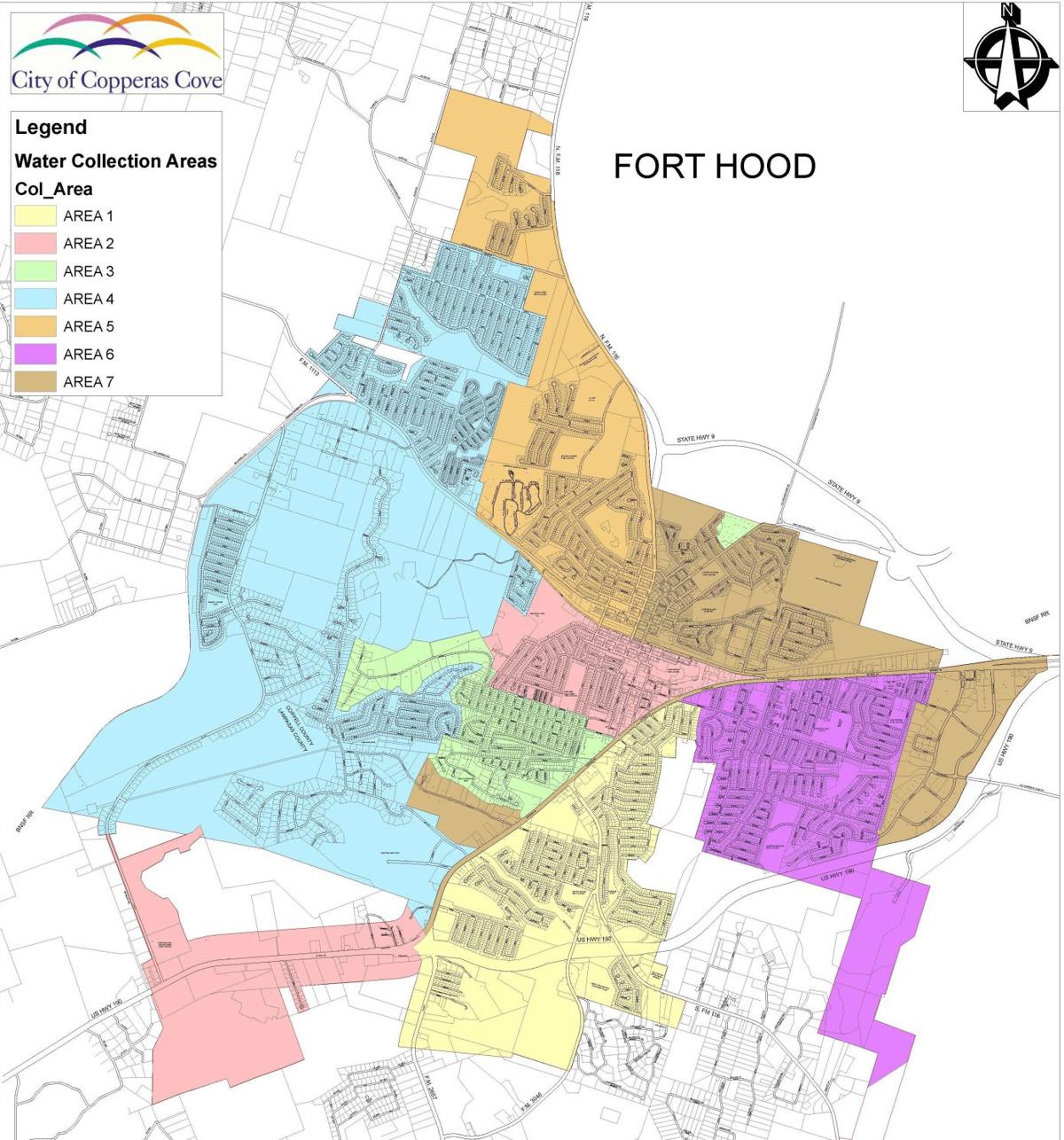 This chart shows the geographic areas covered by each water billing cycle in Copperas Cove. The billing and due dates for each cycle are included in the below article.

This chart shows the geographic areas covered by each water billing cycle in Copperas Cove. The billing and due dates for each cycle are included in the below article.

COPPERAS COVE — The City of Copperas Cove has run into a small speed bump in its transition from third party water billing company Fathom to resuming its own water billing service.

At a town hall on Feb. 20, City Manager Ryan Haverlah displayed a chart showing the city’s anticipated billing schedule for February and March.

The city’s Utilities Administration Department planned to carry out seven billing cycles, with each cycle covering a specific geographic area in Cove.

However, that’s as far as the city got before it ran into a problem.

According to a statement sent Sunday by Copperas Cove Public Information Officer Kevin Keller, city staff members are still issuing new account numbers for all customer accounts. As part of that process, staff members are also reconciling those accounts to assure accurate billing. That delayed the distribution of bills for Cycles 5 through 7. The city hopes to send those bills out this week.

The city is also preparing its March bills, starting over again with Cycle 1. It is possible that customers will receive two bills in March, with each one representing a different billing period.

The city is prepared to work out a payment arrangement with customers who have trouble paying their accumulated water bills.

They are encouraging everyone who has questions or concerns to call the Utilities Administration Department and speak to a customer service representative after their bill arrives.

The statement from the city noted that a customer had complained about being issued two bills during the first round of city-controlled billing. In researching the complaint, neither the Utilities Administration office nor the city’s bill printer found any evidence of double-billing.

The statement also noted that the senior citizen discount still applies to all bills, though it may be difficult to determine on the new bills. The discount is taken from each section of the bill, rather than being deducted as a single credit at the end of the bill.

Again, any customer who feels their bill is in error is being asked to speak to someone in the Utilities Administration Department.

At the February town hall, Haverlah thanked Copperas Cove’s water customers for their patience during the transition from Fathom. He noted that the city had accomplished a transition that usually takes nine months to a year in the space of just a few weeks.

He credited that to the hard work of staff members in various departments who worked together to make the transition happen.

Haverlah also asked customers to continue to exercise that patience over the next few weeks while all the bugs were worked out of the new system.

Water customers can make payments on their accounts in the following ways:

In person: from 8 a.m. to 4:30 p.m. Monday through Friday at the Utilities Administration office, 914 S Main St, Suite A

Online: for all customers who had accounts before Dec. 8, 2019, through the Water Smart portal: https://copperascovetx.watersmart.com/index.php/welcome

The city’s current schedule for each area on the billing cycle map is as follows: