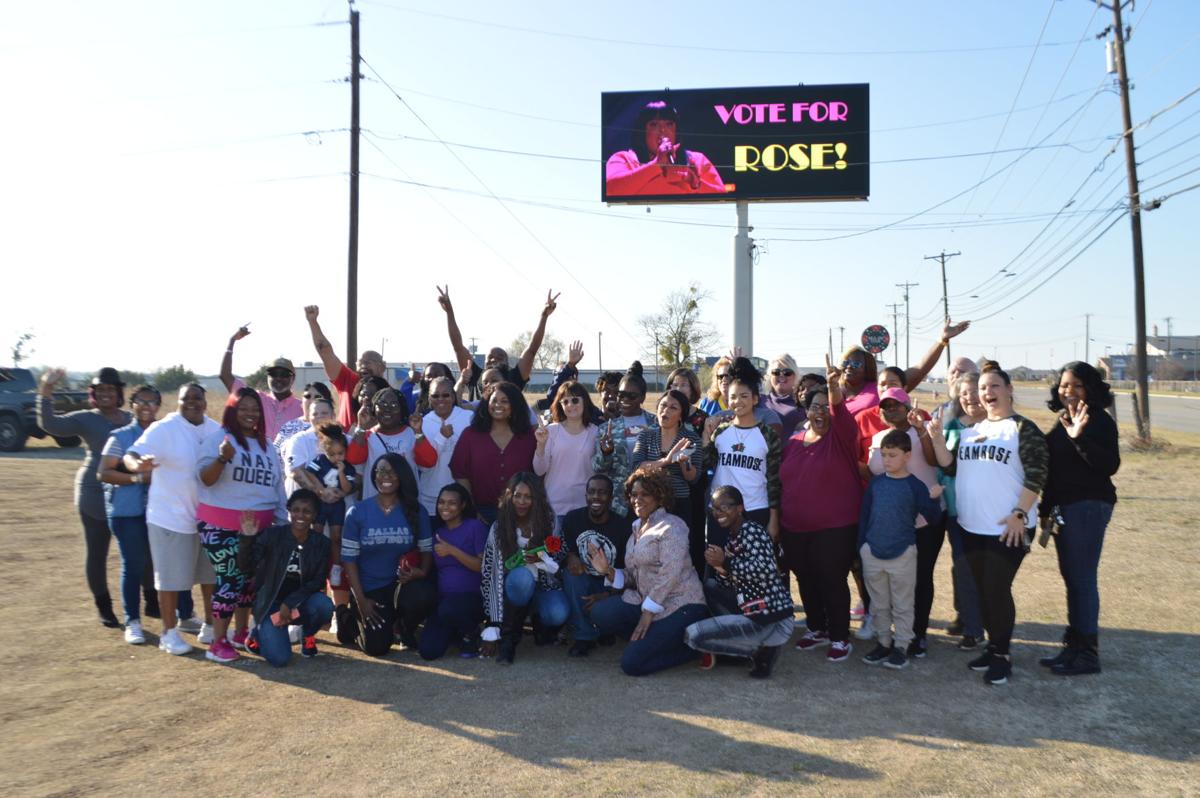 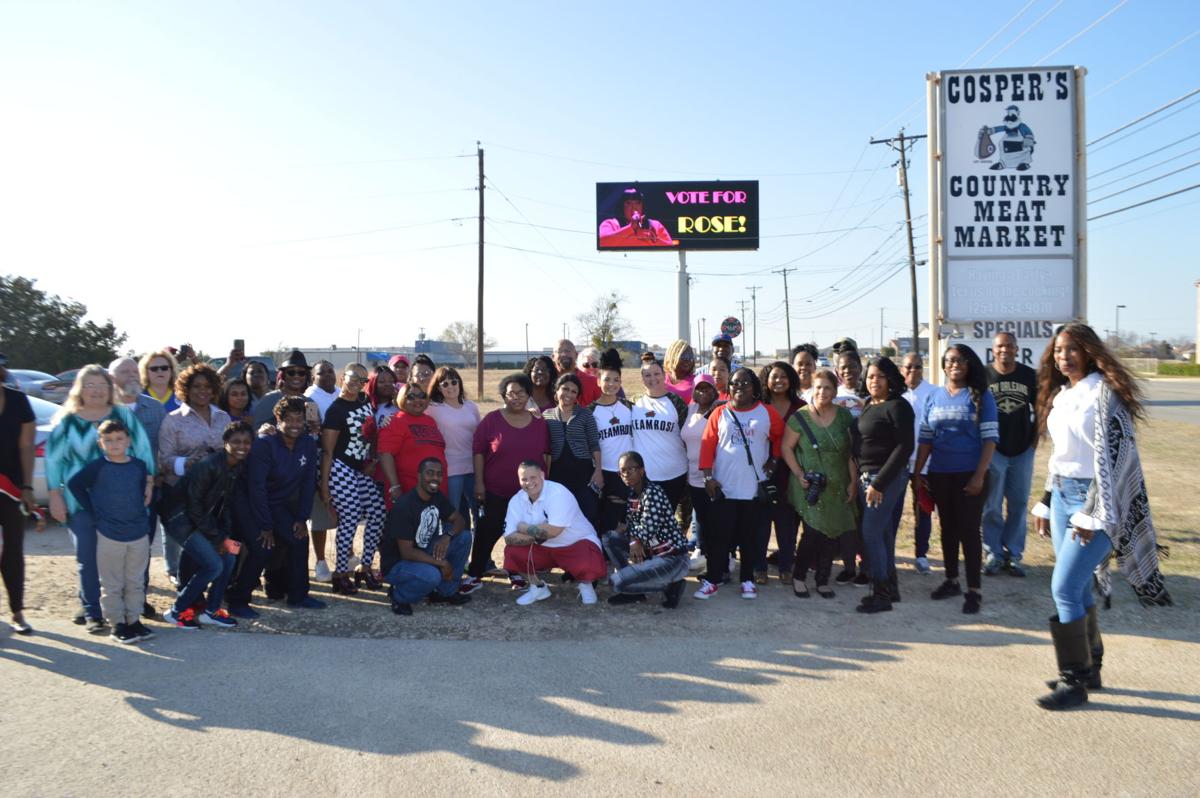 Many Killeen residents will be tuned in to NBC tonight as local resident and singer Rose Short tries to sing her way to the top of the “The Voice.”

Short, a singer from Killeen, is competing on NBC’s “The Voice” and is among the top four contestants on the show. Season 17 of the show began Sept. 23, with the two final shows airing live at 7 tonight and at the same time Tuesday night. The eventual winner will receive the grand prize of a recording contract.

“Her singing is just angelic,” said Allen, who organized an event Sunday for locals to show their support for Short.

Allen and about 50 others posed for photos under a billboard on Elms Road that shows support for Short, who moved to Killeen in 1996 and graduated from Harker Heights High School in 2002.

Allen said she organized the event on a whim when she woke up Saturday morning and posted something to Facebook about it.

“We do things big here in Texas,” said Allen, adding she wanted to show big support for Short.

Allen said Short has support not only in Killeen, but worldwide, too, with former local military families who are now stationed in Germany or elsewhere.

Perhaps the biggest show of support, however, will be at Chief’s tonight and Tuesday night. The club, 806 Atlas Ave., has been throwing watch parties all season long whenever Short appears on “The Voice.”

Those at the gathering were filled with excitement and support for Short, with longtime friends and strangers both showing their support for the Killeen native.

“We have known her since about 2005, she actually sang at our wedding last year,” said Renee Stevenson, who said her and her husband, James, met Short through a Bible class. “Of course, we didn’t find out (that Short was on the ‘The Voice’) until the same time everyone else did, because she wasn’t allowed to say anything.”

Stevenson said that, while they had not really watched “The Voice” before, they now watch every week to see Short.

“We watch it every time it is on,” Stevenson said. “I downloaded the app, and it is just amazing that she is in the finals.”

Longtime watchers of the show also said they were enjoying the show more this season knowing that Short was from Killeen.

“I watch the show all the time, but this is the first time there was really someone on that I loved, that I was really invested in watching,” Jean Brown said.

Tune in tonight for "The Voice" finale

Killeen-area residents can tune in to NBC from 8 to 10 p.m. tonight to find out if Rose Short will win "The Voice" competition and a subsequen…