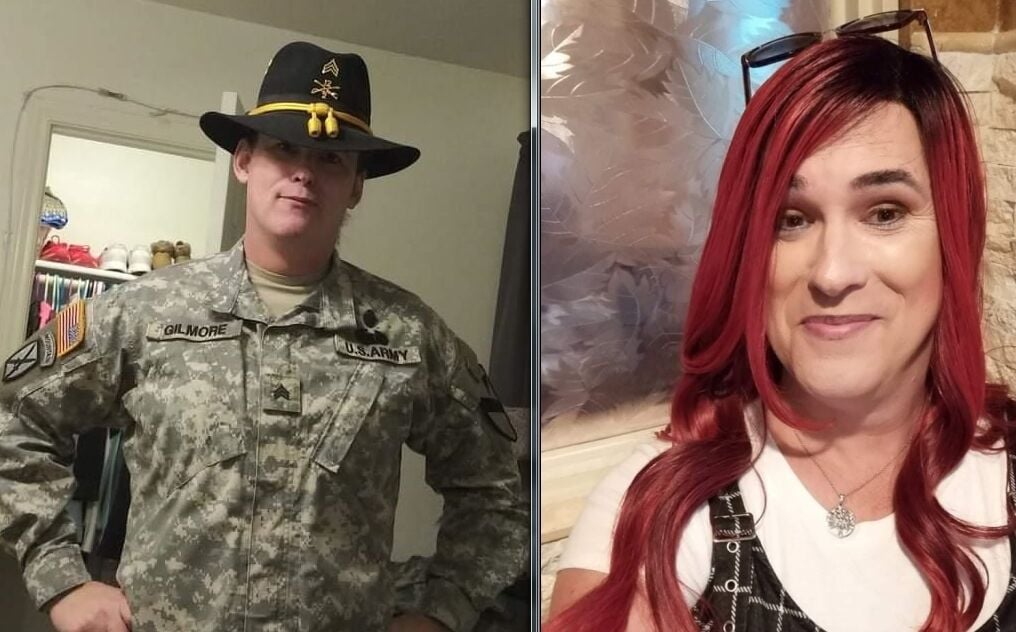 Lisa Gilmore began transitioning six years ago from male to female after retiring from the U.S. Army 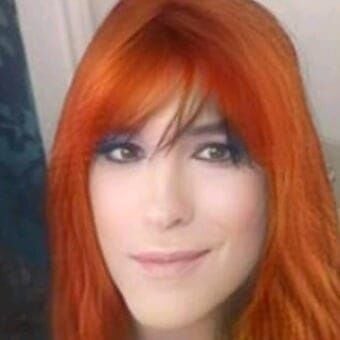 Copperas Cove resident Lisa Gilmore was born a male but knew from an early age that she was different.

COPPERAS COVE — Lisa Elliott Gilmore was born a male and grew up to become a Purple Heart combat veteran tank driver serving 20 years in the military, but deep down inside she was so completely miserable for so long that suicide eventually seemed the only option.

Describing herself now as a “pre-op trans-lesbian,” the 52-year-old Copperas Cove resident was raised in Bellville, Illinois, and says she always felt different. As a young boy, Gilmore enjoyed fishing and raising flowers. Born as Mark Gilmore, the boy grew up in a traditional Christian family, was not good at sports and hated his clothes. By sixth grade, he had a boyfriend, was experimenting with homosexual sex and occasionally dressing in female clothing.

“I got caught, and my mother could throw an ass-whooping like you wouldn’t believe,” Gilmore said. “She hated it.

“I would go to sleep, praying that I would wake up a girl the next day. I had trucks and toys and BB guns, but I really would have given all that up for a Barbie.

“My mother passed away four years ago, and I guess it was two years before that, I came out to her. I was already living full-time (as a female), and I told her. I was in tears. I felt like I betrayed her, and disappointed her.

“She said, ‘Whatever you do, always dress tasteful – because you’re a person of value. You’re not a hooker.’”

Gilmore joined the U.S. Navy at age 18, serving in the original Persian Gulf War, then left the military for a number of years, and later reenlisted in the Army. She was serving in Iraq in 2007 when a massive roadside bomb blew apart the 60-ton tank she was driving and nearly killed her.

“I didn’t care,” Gilmore said. “When I got into the military, it was a place to hide. I would stick my hand up to volunteer for anything. If someone said, ‘Hey, we’ve got a mission and there’s a good chance we may die.’ I said, OK, I’ll go. I didn’t care about life.

“You go in with these hopes and aspirations that you’ll come out the real deal — the John Wayne badass — and make your family proud. It will cure you; it will fix everything. You’re going to be the biggest, baddest person anyone ever met. And it doesn’t turn out that way.

“Some say transgender is a mental disease. Well, when you’re walking in a combat zone and you’re praying for a sniper to end the pain … that was my point of me being in war. It was kind of like a suicide by sniper.”

Following a lengthy recovery from a variety of critical wounds, Gilmore retired from the Army. She regained her health but her gender identity problems continued to haunt her and soon became overwhelming.

In 2014, she decided to end it all and swallowed a bottle of pills. She wound up hospitalized at Darnall Army Medical Center at Fort Hood, where she met a doctor who seemed to understand what was going on.

“He just seemed to know. He said, ‘Are you transgender? Are you gay?’

Gilmore asked for that help and soon had an appointment with a psychiatrist at the Veterans Affairs, where she was diagnosed with gender dysphoria — defined as “discomfort or distress because there’s a mismatch between the biological sex and gender identity.”

Psychological evaluations ensued, and later she began receiving hormone treatments that have given her breasts. She plans to have breast enlargement surgery but will not undergo a complete sex change.

“I’m going to be what they call ‘pre-op’ for the rest of my life,” Gilmore said. “I will have what they call an orchiectomy, which is removal of the testicles. That will drop the testosterone (levels) drastically. I take beta blockers, so my testosterone when I started was already low, but if you have the orchiectomy, you don’t have to take the beta blockers, which are hard on your body, anyway.

“I never wanted to go the full monty. I’m not after that. I’m 52 years old, and the way I look at is, it’s not what’s in your pants that makes you who you are, it’s what is inside you.

“I have no desire to have a vagina installed. You don’t need one to be a woman. Maybe if I was in my 20s … I don’t know. To me, it’s an operation that you better really be serious about. Once you get it done, there’s no return.”

Unashamed and living life as a woman has freed Gilmore from a mental prison she says she lived in most of her life. She is happier than ever before and says even the strange looks she gets and negative comments she hears when she goes out in public do not bother her.

“There’s like five of us (transgenders) in Cove, and out of those five, probably three of us are open. We live this life 24/7. Two of them are still what you call in the closet about it. They haven’t fully come out. But none of us go out wearing rainbows and transgender flag shirts. We prefer to blend in and lead a normal life like everyone else. The transgenders that run around saying you have to respect me are usually people who are out for attention.

“When I go out, the main thing I walk around in is jeans. If I wear a dress, it’s for something special. I don’t do it every day.

“I literally go through life trying to stay low, under the radar, but I do have breasts and I have long hair. Occasionally I will have someone say a snarky comment. When that happens, I have two choices: I can educate you, or I can put you down.

“If I were to move to Austin, I wouldn’t have to worry about it. There, it’s not that big a deal. When you move to rural Texas — anywhere in rural country — I still get eye rolls. My wifey is very protective of me and so we’ll go to a restaurant or something, and somebody rolls their eyes, she’ll say, ‘What’s your problem?’”

Now fully retired due to disability from her war injuries and in a committed relationship with Steph, Gilmore says she hopes telling her story will shine more light on transgenders and the issues they face, and also lead to more understanding from the general public.

“We are parents, co-workers, just people who try to blend in,” the divorced father of three said. “We don’t go out of our way to stand out. Maybe during a (gay) pride parade, you might see a small percentage of trans people. The ones people usually see are drag queens, and they assume drag queens are transgender.

“There are transgenders who are in the drag world. But a drag queen is a gay man who is into the art of imitating. They get up, (and) they lip-synch; they dance. They live it for two hours, maybe three.

“Transgenders are not putting on a female persona. This is who we are seven days a week.

“The person I was before … very singular. I was very depressed. The doctors would say, ‘You just need to take this pill and it will make everything better.’

“Pills never worked because I could not let my true self come out. So I never allowed myself to be my real self around anybody. This is not a choice I had handed to me. I was born into the wrong body. My brain is wired different.

COPPERAS COVE — It was a day he will remember forever.

To Ralvarez, I too am a veteran, and also a Vietnam vet. This guy is still mentally disturbed, there is nothing to celebrate about his perversion.

I'm sorry but the DNA says he is a man not a woman.

This woman is someone who served her country with everything she had through multiple wars. She is a hero who has done more for this country than the cowards who stay behind a computer screen attacking her for her gender. She didn’t just talk the talk, she walked the walked and won a Purple Heart. Thank you for your service, you are an inspiration all great Americans with open minds and hearts.

This story is not news nor is it newsworthy. Nor does it belong on the front page of the Sunday paper. One would think that you people would have better judgment. Further, this person's mental illness is not fodder for newspaper stories.

It's honestly better than reading about someone getting shot and killed like we have been. Just saying....

Maybe it's not important to you and your feelings are not the only ones that matter. There could be someone feeling hopeless and contemplating suicide and that's who this article is for. The news is for all of us, even if we don't agree with what's in it. The point is to share a wide variety of stories from all angles to reflect our community and our world.

Ahh, nothing shows the ignorance of this town more than someone with a truck for a personality attacking the news for covering a story about the story of a veteran and calling someone who just wants to feel at home a mental case. Gay people and everyone else exists, you can’t shame them away from who they are.

No, you have a mental disorder