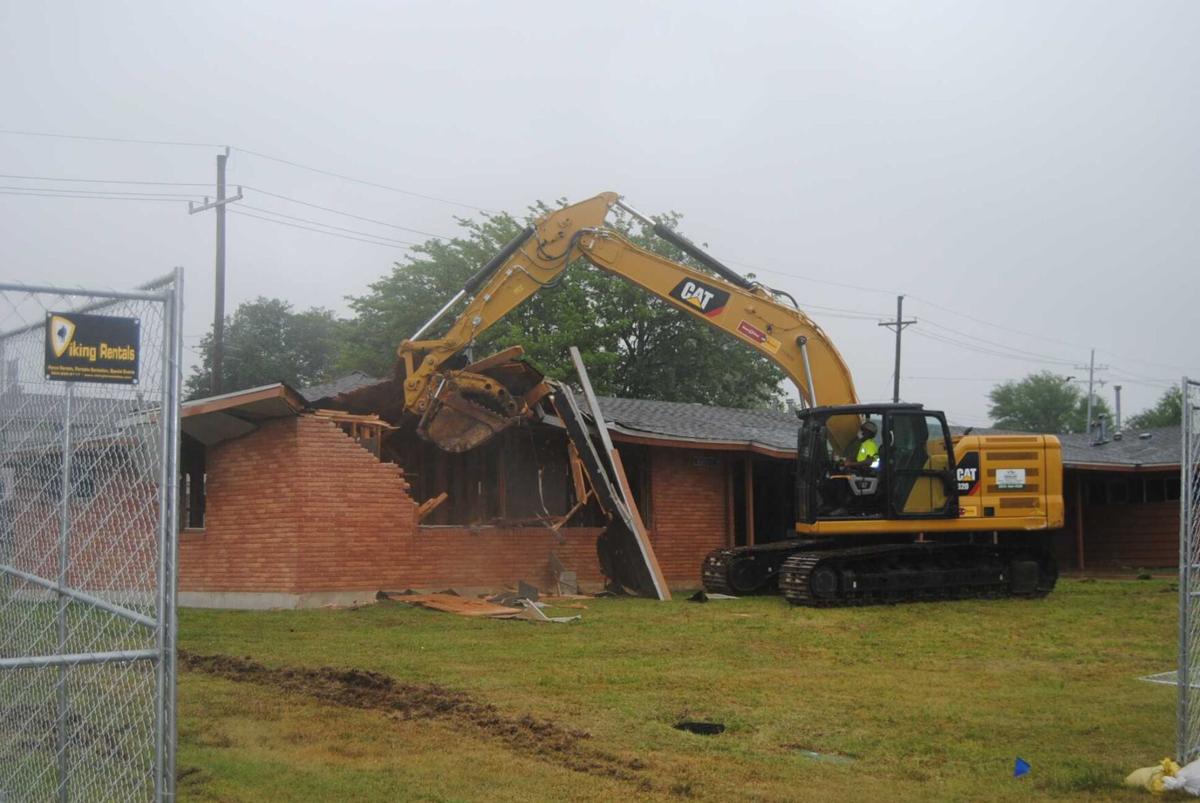 An old home is demolished after the ceremony at Chaffee Village on Fort Hood Thursday. 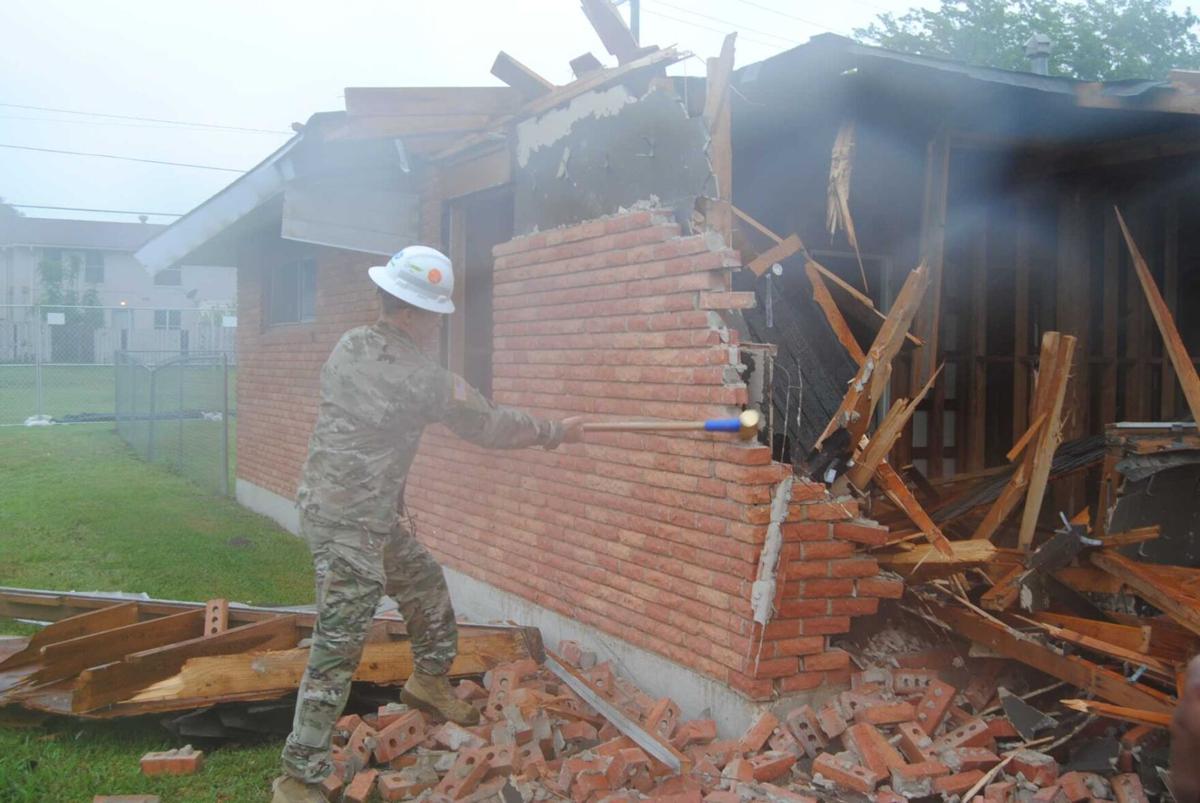 An old home is demolished after the ceremony at Chaffee Village on Fort Hood Thursday.

FORT HOOD — Leaders on post held a ceremony Thursday celebrating the $420 million Fort Hood is receiving to improve family housing over the next five years.

Representatives with LendLease Inc., which managers family housing on post, and senior Army officials spoke to a crowd of around 50 before watching some old houses get demolished by heavy construction vehicles.

III Corps and Fort Hood commander Lt. Gen. Pat White spoke during the ceremony about the funds and the improvements to family housing.

“This is a great day for Fort Hood and I am so excited,” White said.

He added that this is a great step in the right direction before thanking all of the individuals involved in getting the funds and doing the work.

Armed with a gold sledgehammer, White also took a few swings at a house that was demolished after the ceremony in the Chaffee Village housing area.

Following the ceremony, Fort Hood garrison commander Col. Jason A. Wesbrock spoke about the project, which involves 600 new houses for junior enlisted soldiers and their families.

“This is an investment into the junior enlisted housing here at Fort Hood but it’s more than that. It’s not just junior enlisted housing,” he said. “We’re going to take this money, our partner is going to take this money and do 2,500 new roofs; they’re going do renovations of 1,500 homes and some additional projects that really needed to be done here.”

He was also asked about where families currently living in family housing would be during the renovation projects.

“It’s a phased approach. You’ll start seeing some progress as early as June this year on some of the smaller projects. As we get toward the end of December, beginning of January ... you’ll start to see more work done over here. It’s phased, they’ll build where we’ve already torn down homes here … and then through attrition with people PCSing or moving people over to the new houses once they’re ready, then they’ll tear down the next phase of homes and then build beyond that,” Wesbrock said.

Army leaders were also asked about some of the problems families have had with housing on Fort Hood in the past with mold, maintenance concerns and more, and how that can be prevented in the new homes going forward.

“As we move forward, as we look for new builds, and also renovations, we’re canvassing what’s off post and also what do our soldiers want,” said Lt. Gen. Doug Gabram, commander of the Army’s Installation Management Command, based at Fort Sam Houston. “I think it’s important … the soldier and family has a responsibility as does in this case Lendlease or several other of our partners, and I think we have to understand, first off, if we have mold, if we find mold, we remedy it and we look at it in terms of what caused it. What was the problem? Is it an HVAC system? Is it water intrusion? Or might it be maybe we’re not taking care of our house?”

He went on to say that the United States Army and its soldiers have ownership in these homes and sometimes they are treated as rentals.

The full project budget from Lendlease is $1.1 billion to Army posts across the country and Fort Hood is receiving nearly half of that money.