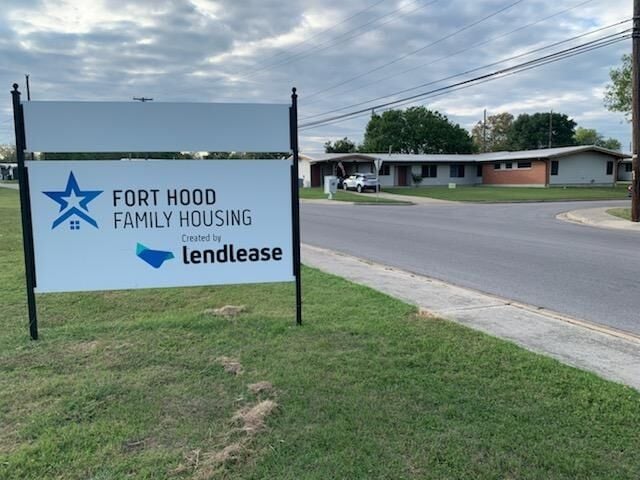 Fort Hood’s Maj. Gen. John Richardson IV said the need for repairs in on-post housing continues to be an ongoing challenge since many of the units are more than 50 years old.

Fort Hood leadership will publish a video to Facebook at 6 p.m. of a virtual town hall about housing.

Fort Hood’s Maj. Gen. John Richardson IV said the need for repairs in on-post housing continues to be an ongoing challenge since many of the units are more than 50 years old.

Fort Hood leadership will publish a video to Facebook at 6 p.m. of a virtual town hall about housing.

When eight members of Congress visited Fort Hood a few weeks ago, they not only visited the locations of some of the deaths this year of Fort Hood soldiers, to include Spc. Vanessa Guillen, they also got a firsthand look at the living conditions in the barracks and on-post housing.

Maj. Gen. John Richardson IV recently assumed duties as deputy commander of operations at III Corps and Fort Hood, and in just over a month, he said he has been made aware of some of the feedback and concerns soldiers have had about the living conditions.

Richardson addressed some of the concerns in a virtual town hall posted to the III Corps and Fort Hood Facebook page Thursday.

Richardson said he expects a soldier’s chain of command to be involved to help facilitate communication between the soldier and the housing partners when concerns arise.

In a Facebook post on the Fort Hood page, Richardson said the need for repairs in on-post houses continues to be an ongoing challenge since many of the units are more than 50 years old.

“On-post housing at Fort Hood has my attention to take action and increase the quality of life for Soldiers and their Families living on post,” Richardson said via the III Corps Facebook page.

Lendlease, the company that manages post housing along with Fort Hood Family Housing, recently allocated $9 million to renovate 972 homes, which could take around 12 to 18 months to complete, Richardson said.

“As always, we’re committed to providing safe and healthy homes where our families live, work and thrive,” Albus said. “This project, the IDP project, exemplifies how we continue to do so in a proactive and thoughtful way.”

In a separate Facebook post, Richadson said that in the next six years, 21 of Fort Hood’s 99 barracks are scheduled for renovation. Currently, there are 21 under renovation.

Six new barracks are also scheduled for construction within the next 10 years.

“These efforts will greatly improve quality of life for our Soldiers and ease crowding in our barracks,” Richardson said via the III Corps Facebook page. “Great work by the team, and I encourage Soldiers and the chain of command to inspect and report to ensure timely maintenance for all our barracks.”