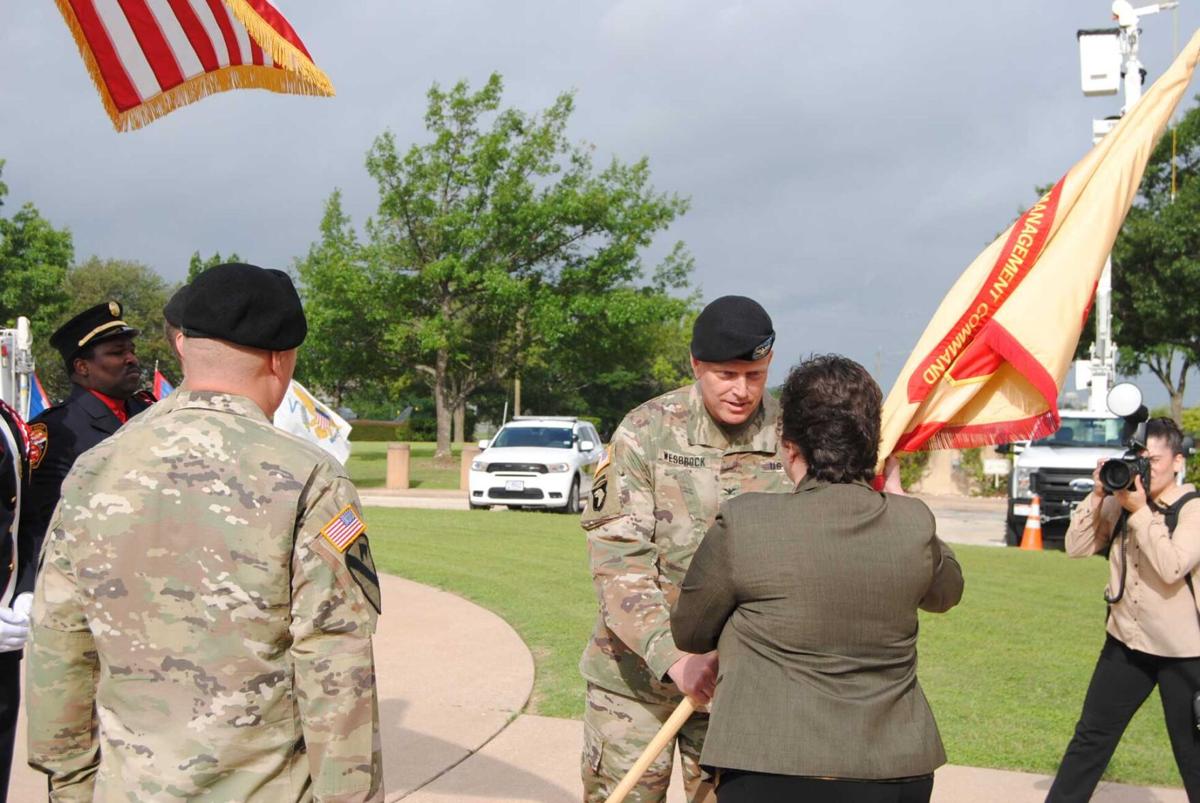 Col. Jason Wesbrock passes the colors during the change of command ceremony on Fort Hood Thursday. 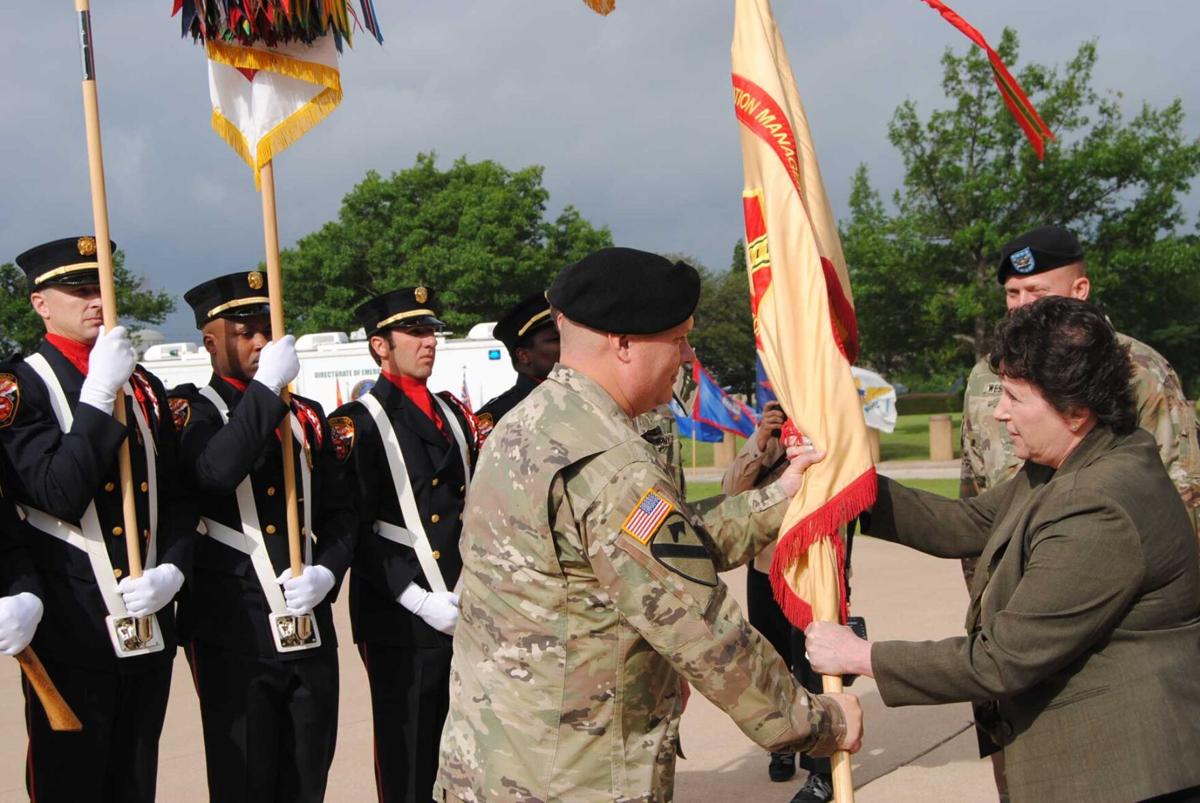 Col. Chad Foster receives the colors during the change of command ceremony on Fort Hood Thursday.

Col. Jason Wesbrock passes the colors during the change of command ceremony on Fort Hood Thursday.

Col. Chad Foster receives the colors during the change of command ceremony on Fort Hood Thursday.

FORT HOOD — There is a new garrison commander at Fort Hood after a change of command ceremony on post Thursday morning.

Col. Chad Foster has taken over the role of garrison commander from Col. Jason Wesbrock, who served in the position for two years.

Foster comes to Fort Hood from the Pentagon where he served as the chief of staff for the Army’s new command assessment programs, according to a news release from Fort Hood.

Wesbrock, in his new position, will be staying at Fort Hood where he will serve as the chief of staff for First Army Division West.

During the change of command ceremony, Wesbrock spoke to a crowd of residents and fellow soldiers in front of the III Corps Headquarters building.

“So two years ago, I stood in front of this headquarters taking command of the garrison … Since that day, we’ve fought through a housing crisis, we discovered a new way of living to mitigate the spread of a global pandemic, we’ve suffered through the tragic loss of one of our own, we suffered a winter storm that did $15 million in damages on the installation … And so through it all I’ve had a very privileged and unique opportunity to experience something that few in uniform get to do, and that’s the opportunity to look behind the curtain and see how the city that is Fort Hood runs,” Wesbrock said. “We are excited by the opportunity to join the Division West team and I will be forever grateful for the opportunity to expand my extended Army family with this talented workforce that comprises the Fort Hood garrison.”

Foster spoke after Wesbrock on taking the mantle as the garrison commander.

“Here in the heart of Central Texas there is an unmatched history of service and defense of our nation. That history has been written by the unit’s soldiers, civilian professionals and families who have served at Fort Hood for generations now,” Foster said. “I look forward to serving you over the next two years.”