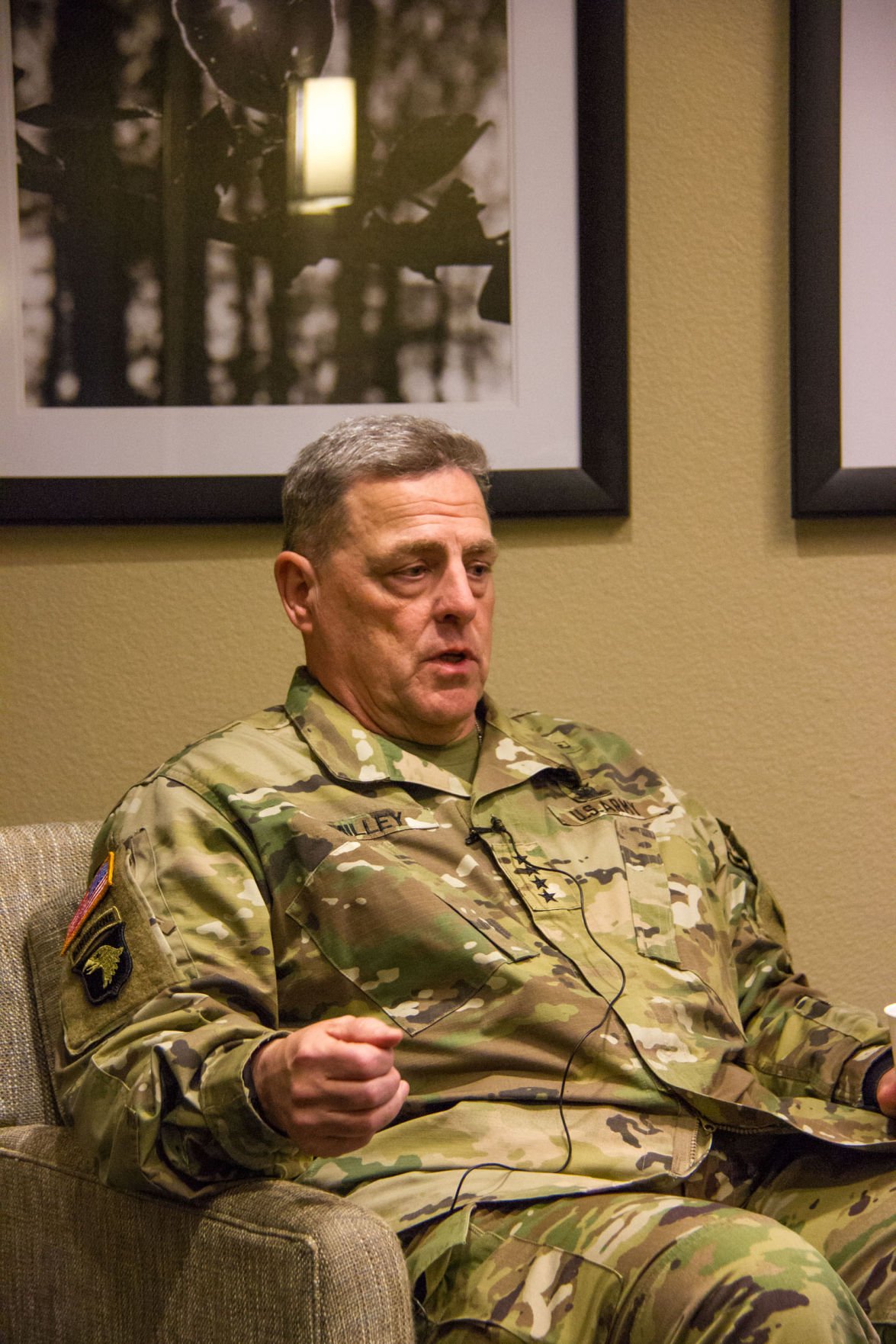 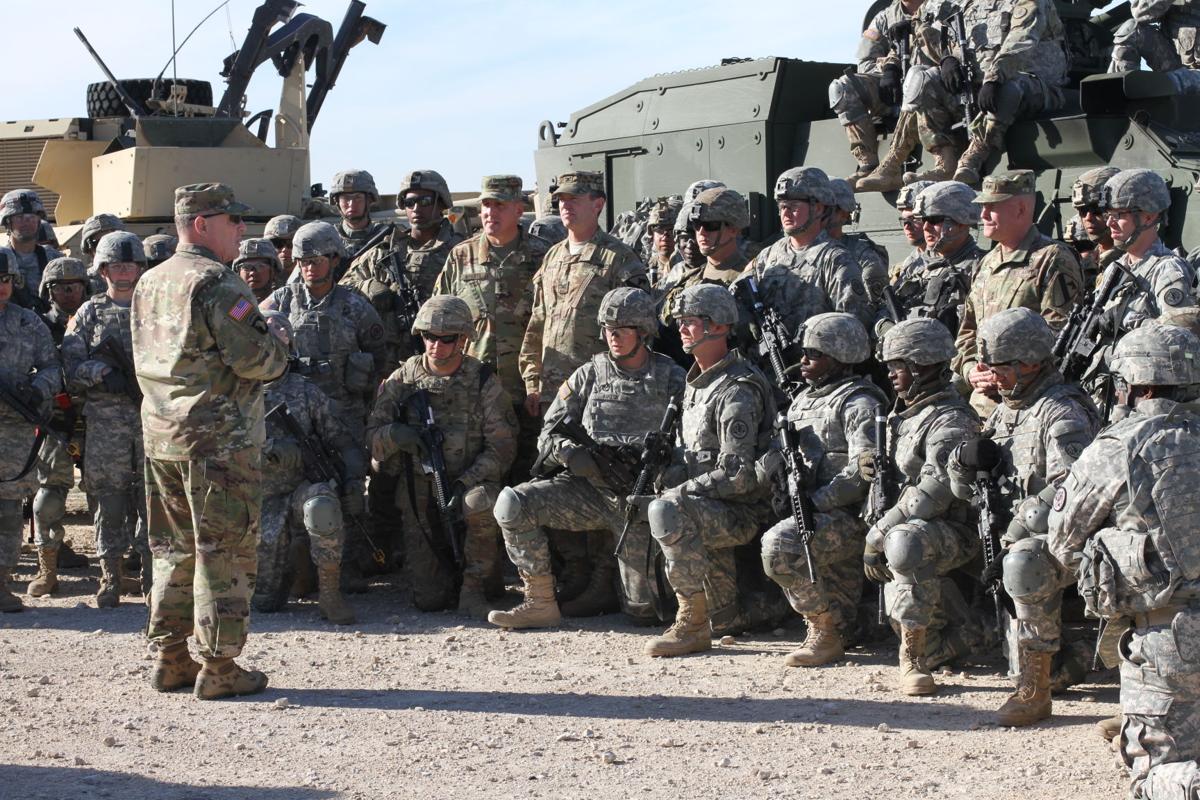 Gen. Mark Milley, U.S. Army chief of staff, addresses soldiers assigned to 3rd Regiment Support Squadron, 3rd Cavalry Regiment, 1st Cavalry Division, during a visit to Fort Hood Monday. Milley spoke about the state of the Army and the importance readiness plays in the role of mission success during his visit. 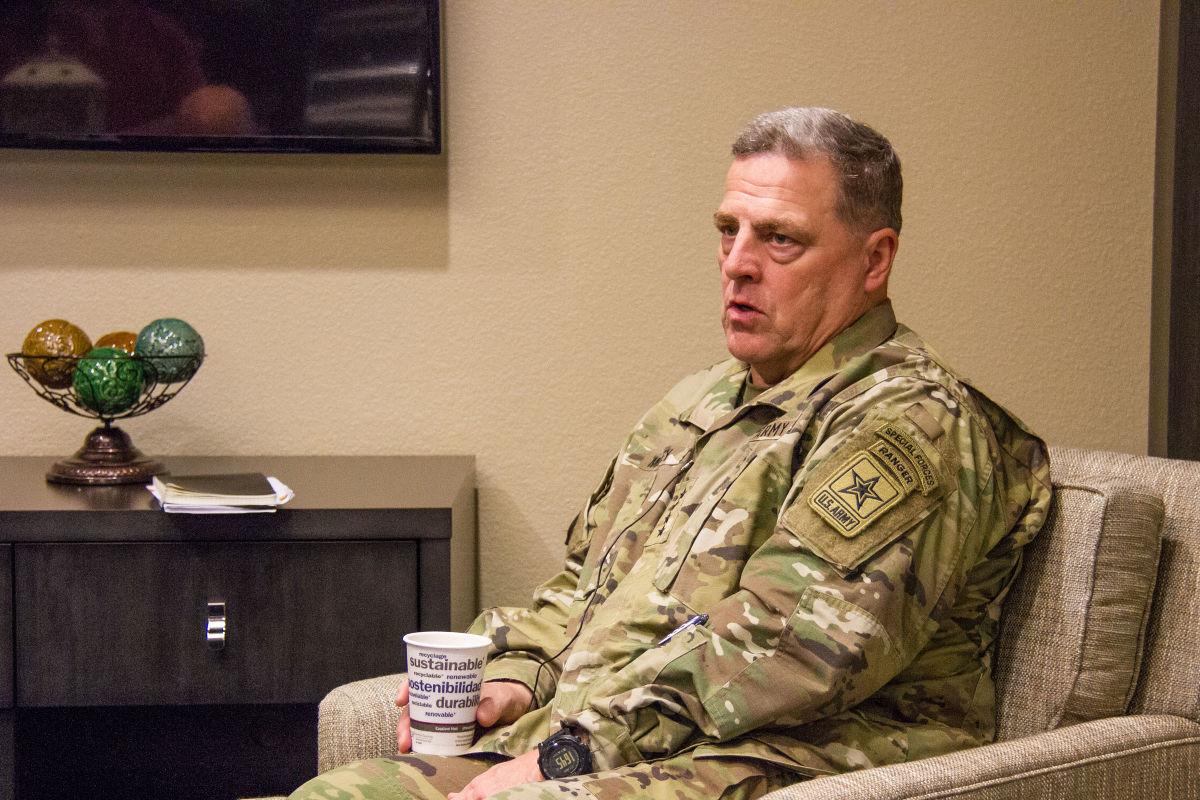 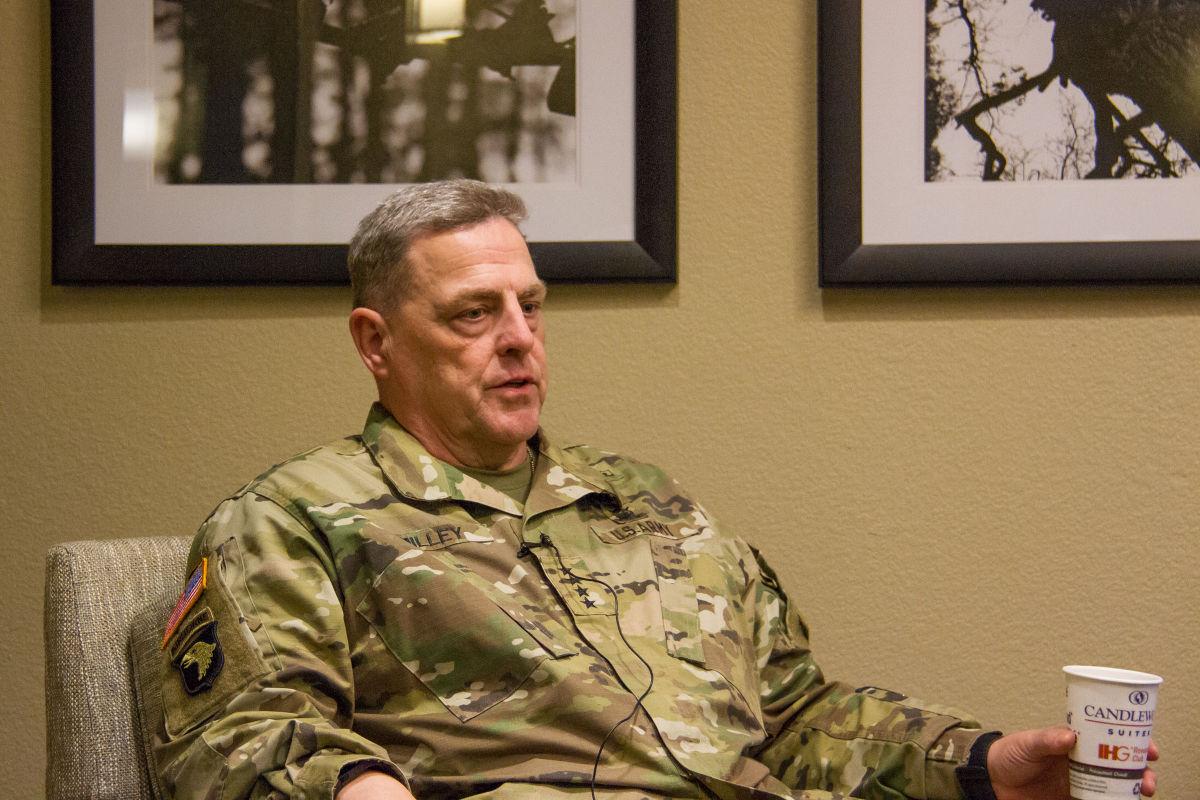 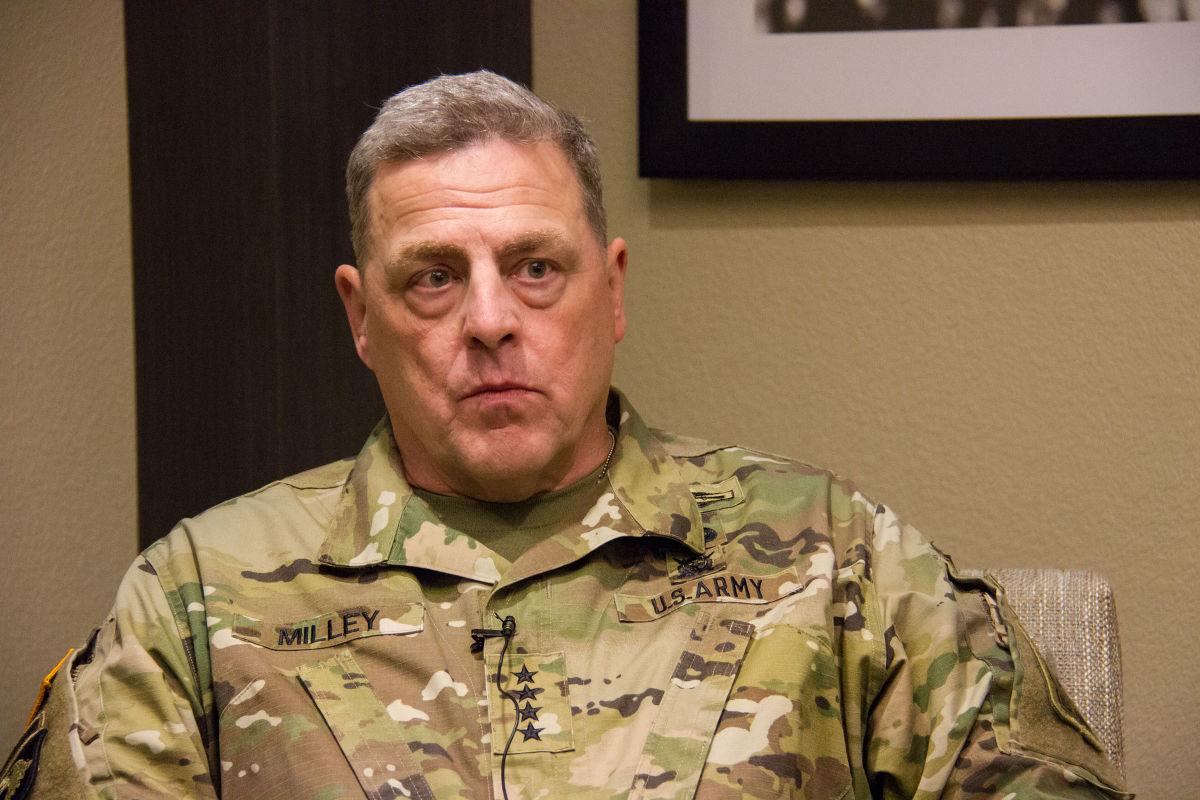 Gen. Mark Milley, U.S. Army chief of staff, addresses soldiers assigned to 3rd Regiment Support Squadron, 3rd Cavalry Regiment, 1st Cavalry Division, during a visit to Fort Hood Monday. Milley spoke about the state of the Army and the importance readiness plays in the role of mission success during his visit.

The ongoing U.S.-led fight against the terror organization Islamic State may soon see a different strategy, said the Army’s top general during a visit to Fort Hood Monday.

While he didn’t provide any specific details, Army Chief of Staff Gen. Mark Milley said in light of the recent Paris attacks, the U.S. will likely re-evaluate its strategy of fighting the Islamic State, which also goes by the names ISIS and ISIL.

“In addition to the changes that we already made a few weeks back, I think we’re probably taking a hard look at making some additional changes,” Milley said Monday evening, following a one-day installation visit to Fort Hood.

Milley didn’t go into further details, saying he would wait until President Barack Obama and other top leaders at the Department of Defense make “final decisions and then make public announcements.”

The U.S. did announce a few weeks ago a renewed strategy that includes about 50 Special Forces soldiers deployed to help friendly forces battle Islamic State.

That renewed strategy came more than a year after the U.S. began bombing Islamic State targets in Iraq and then later in Syria.

“You’re seeing some of that (renewed strategy) in the news. You’re not seeing all of it,” Milley said.

Milley was adamant that Islamic State is a serious threat and should be destroyed.

That means making sure all Army bases have “adequate amounts of force protection ... both here and overseas,” Milley said.

Milley said commanders at all levels are doing what they need to do to ensure safety of soldiers and families.

Milley also spoke about the 500 III Corps troops, led by III Corps and Fort Hood commander Lt. Gen. Sean MacFarland, who deployed to the Middle East this summer to lead the fight against Islamic State.

“III Corps is doing very well,” Milley said. “Their task is to plan, coordinate and synchronize U.S. ground operations in Iraq in support of the Iraqi security forces and their fight against ISIL.”

Fighting Islamic State is “extremely complex” due to the war in Syria and Iraq involving 20 or more named organizations involved in the conflict, he said.

“You’ve got a very complex situation in addition to ISIS,” Milley said. “ISIL is an entity, they are an organization. And we can and we should destroy them just like the president said.”

Due to the complexity of the situation, it will take a “considerable amount of time” to destroy Islamic State and stabilize the situation.

“This is not something that is going to happen overnight,” Milley said.

Milley returned to Fort Hood — a post he once commanded — for an installation visit late Sunday, and met with troops and leaders during the day Monday.

“I had a great experience at the Great Place, which I dubbed the ‘Greatest Place,” Milley said.

“He said, ‘Sir, would you re-enlistment me?’ And I said, ‘Absolutely’,” Milley said.

Milley said he met with Fort Hood area leaders and friends during a reception Sunday night, then dined with noncommissioned officers Monday morning.

“Both units are in preparation phases of upcoming deployments,” Milley said.

Milley also caught up with troops and others who were distributing Thanksgiving meals, including turkeys, pies and all the fixings, to about 500 local soldiers and their families at the Spirit of Fort Hood Chapel.

“That’s one of the things about Fort Hood that stands out ... the incredible amount of support to soldiers and their families from the surrounding communities. It is unlike anywhere else I’ve ever seen,” the four-star general said.