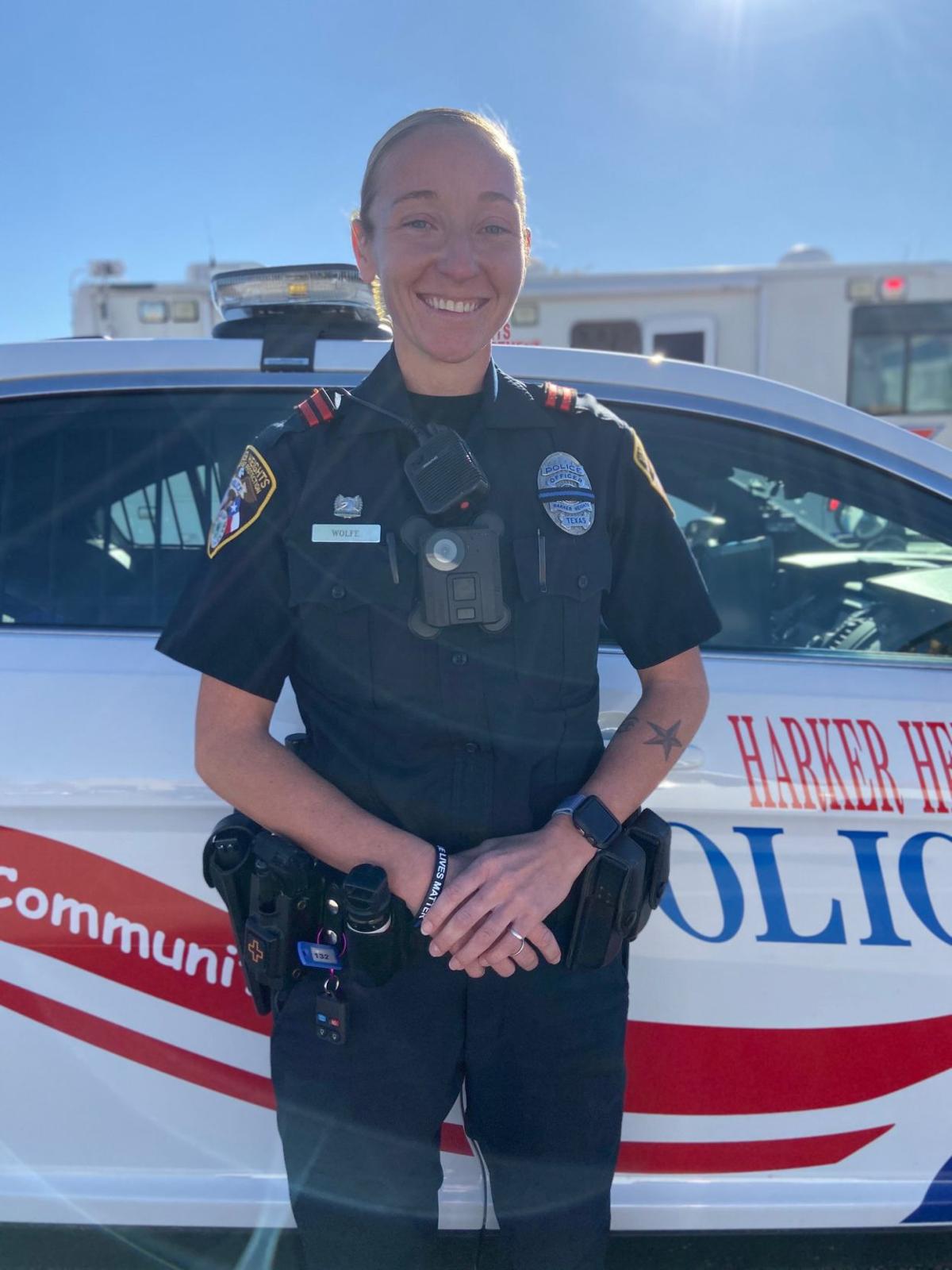 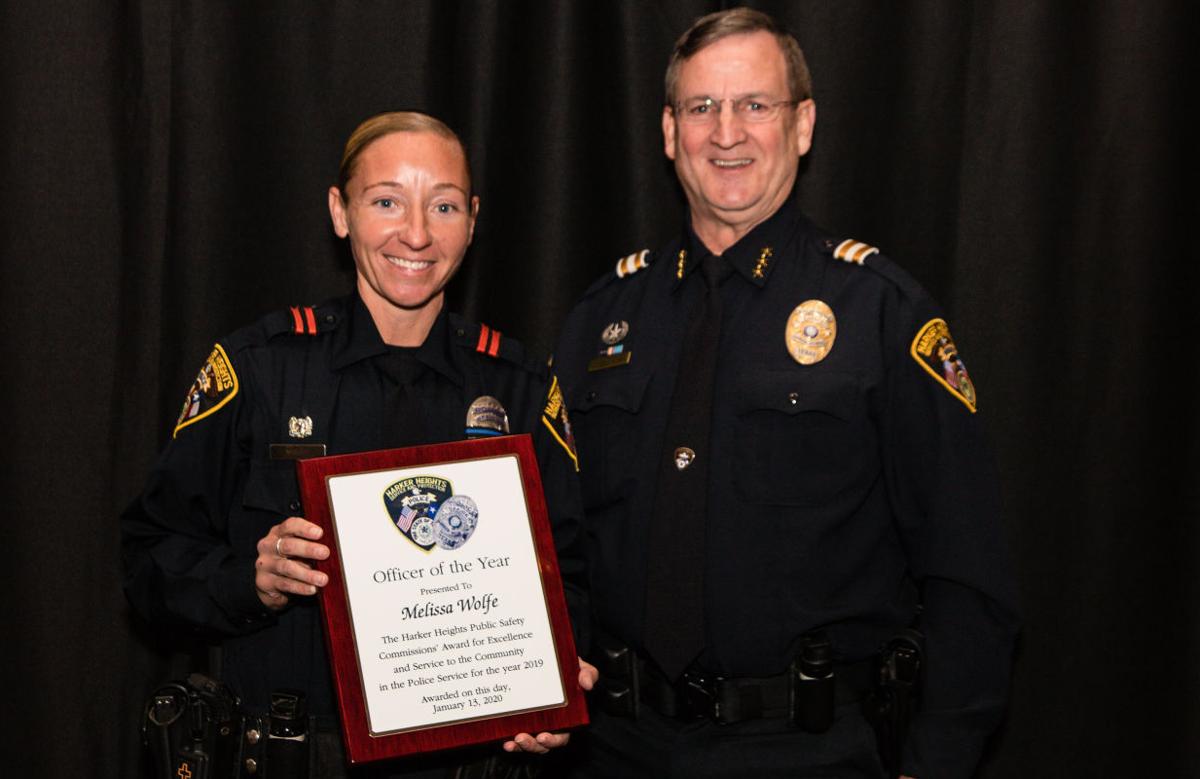 The Harker Heights Police Officer of the Year is fulfilling her destiny as a public servant in uniform.

Officer Melissa Wolfe was honored last week with the award at the annual Harker Heights Chamber of Commerce Banquet. She has been with the department since 2014 and, in addition to her patrol duties, she is a training officer and a field supervisor for the day shift. Previously, Wolfe served with the Odessa Police Department after she spent eight years in the Army.

“I went from one uniform to the other because I feel that is what I was destined to do in life,” Wolfe said. “What inspired me to be a police officer was my continued dedication in wanting to make a difference and to serve the public.”

Wolfe knew that she was getting the award, but she was still surprised to have been nominated.

“I find it to be an honor to be Police Officer of the Year,” she said. “It was never expected, but very much appreciated.”

Being a police officer is not an easy profession, but the words “thank you” can go a long way.

“It’s wonderful when someone thanks you for being there for them, because most of the time as an officer you’re dealing with a person who is at their lowest part in life,” Wolfe said. “Having a person simply be thankful for giving them advice, educating them about the law, letting them vent and just being there when they’re in a crisis.”

Wolfe seems to have a knack for talking with people because she is also on the HHPD’s hostage negotiation team, where she uses her communication skills to deal with people in crisis. She also has special training as a mental health officer, which includes learning how to skillfully defuse situations with people having mental health issues.

Police officers deal with stressful situations on a minute-by-minute basis, and then are required to put their emotions away when they’re off the clock.

“The biggest challenges in this type of career is seeing and being around negativity constantly and not taking it home to your family,” she said.

The Harker Heights Public Safety Commission chooses the Police Officer of the Year every year.

“Officer Wolfe is a dynamic patrol officer and is a valuable resource because she challenges herself to exceed any standard and is eager and willing to step up to new challenges,” according to the Public Safety Commission. “She never complains and goes above and beyond in all tasks she takes on.”