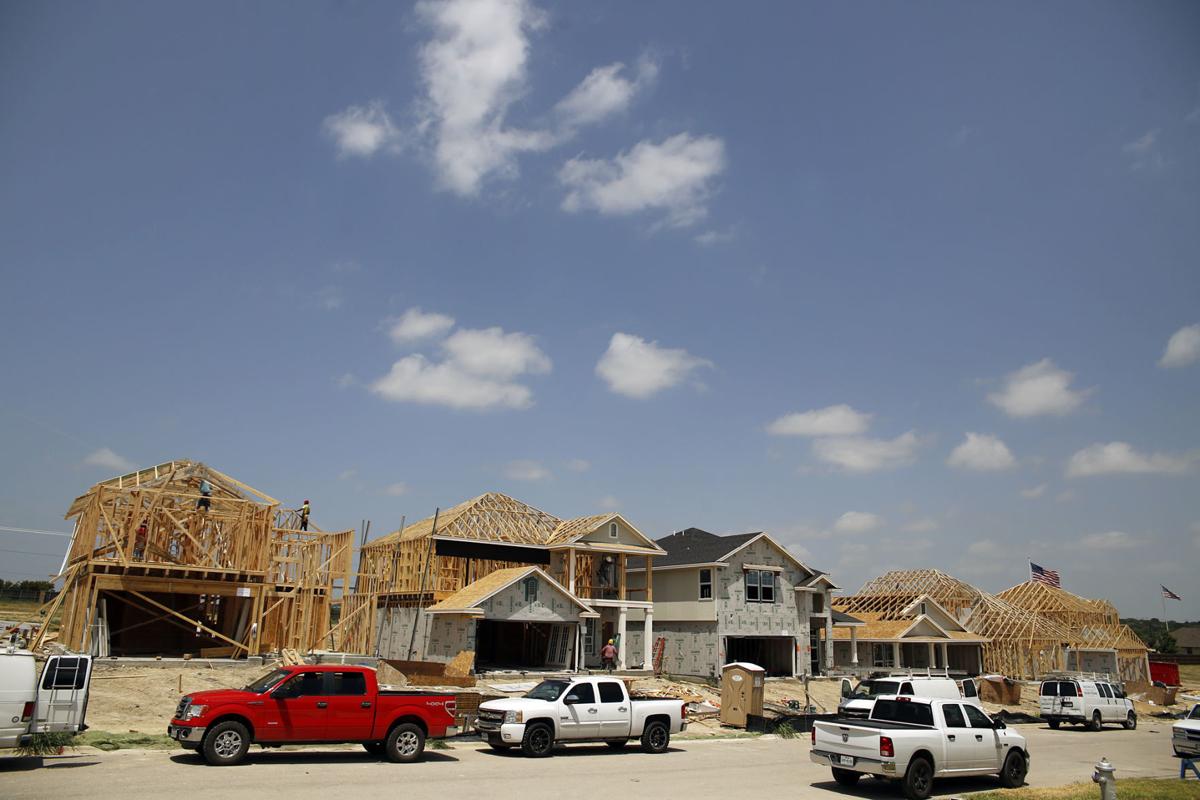 Homes are under construction in 2016 in Killeen. During Tuesday’s Killeen Council workshop, council members were presented with information about impact fees, which are a one-time fee assessed to recover infrastructure costs required to serve new development and give cities a revenue source to pay for growth

Homes are under construction in 2016 in Killeen. During Tuesday’s Killeen Council workshop, council members were presented with information about impact fees, which are a one-time fee assessed to recover infrastructure costs required to serve new development and give cities a revenue source to pay for growth

It’s been almost two months since the topic of impact fees came up among members of the Killeen City Council.

During Tuesday’s workshop, council members were presented with a timeline of what is next before they make a final vote in October on the one-time fees billed to developers to recover infrastructure costs associated with a new development.

Nothing was discussed among council members after Deputy City Attorney Holli Clements gave the presentation.

The council will vote next week to set the first public hearing on the impact fees study.

Clements said to the council the date for the hearing is slated for Aug. 27.

The study — which wasn’t presented during the workshop — will highlight projections with population and employment rates along with how the fees may be “consistent with Killeen’s Future Land Use Plan.”

It’s expected to be released to the public through the city’s website on July 12.

According to the city, impact fees could recover more than $40 million for future road, water and sewer projects.

The City Council approved the implementation of the fees in August 2016 as the city looked for new sources of revenue to help pay for new road and water-sewer infrastructure. The fees cannot be used for maintenance of existing infrastructure, according to state law.

Segarra was in Hawaii for the United States Conference of Mayors’ 87th annual meeting.

District 2 Councilwoman Debbie Nash-King was also not in attendance Tuesday.

Kilpatrick said her absence was excused.