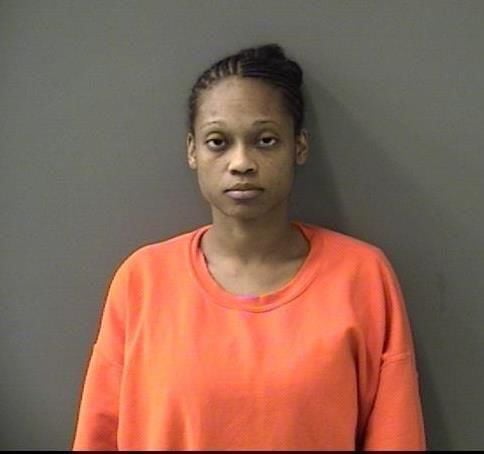 A judge denied several motions to dismiss the felony cases of a woman who has been in jail for just over four years awaiting trial related to a 2016 Harker Heights kidnapping.

The defense attorney for Bobbi Battishia White, 41, filed three motions to dismiss the felony charges of aggravated kidnapping, injury to a child and interference with child custody, alleging that White’s rights to a speedy trial have been violated and that her health is deteriorating due to a chronic medical condition.

“We’re asking the court to sign an order dismissing all of these cases because of her rights to a speedy trial,” said defense attorney Austin Shell during the remote hearing on Monday. “You can’t keep someone in jail without a trial for this many years in the State of Texas.”

White, of Kempner, was booked into the Bell County Jail on March 14, 2017. She is accused of being one of three people who allegedly kidnapped a then-7-year-old girl from a Harker Heights movie theater.

A co-defendant in the case, Derrick Lamont Bailey, 29, has been awaiting a second trial in his case after a jury in 2019 deadlocked, leading to the judge declaring a mistrial.

A jury in October of 2018 passed down a life sentence for another co-defendant in the case, White’s husband, Tutankhamun Holt, on a first-degree felony charge of aggravated kidnapping.

All of the cases are being heard in the 27th Judicial District Court.

Before making his decision to rule against the motions to dismiss, Judge John Gauntt heard from a handful of witnesses for White and arguments from attorneys.

“This is the third speedy trial motion; the first two came from the defendant herself, which is not something to be taken likely,” Shell said. “She is asserting her rights to a speedy trial.”

However, the state’s prosecutor said that it is White’s fault that the case has lingered for so long and that the state was ready when three trial dates were set but then canceled.

“She was either in the process of getting a new attorney or her new attorney was getting up to speed,” said Assistant District Attorney Erica Morgan. “We’ve done what we can to try these cases in a timely manner. She has a right to go to trial with an attorney who is qualified for her case.”

Morgan said that when a defendant gets a new attorney, the “process of discovery and plea negotiations” begins anew.

Heights police responded to a call on Nov. 12, 2016, at the Cinemark movie theater, after a man reported that another man assaulted him and kidnapped his 7-year-old daughter.

The man and his daughter were walking to their car after watching a movie, when White and Holt pulled up alongside them in a car, according to the arrest affidavit.

Holt punched the man in the stomach, and White forced the child into the car, police said.

Police said that Bailey pointed a gun at the man during the incident.

When the man returned to his car, he found his tires slashed, the affidavit stated.

The victim told an officer that Child Protective Services is involved in a court case between himself and White.

An Amber Alert was issued and the child was located several days later in Alabama.

White is being charged with aggravated kidnapping, a first-degree felony; injury to a child with bodily injury, a third-degree felony; and interference with child custody, a state jail felony, according to court records.

This is ridiculous!!! How can a woman have kidnapped her OWN child when she had custody? And 4 years? Speedy trial? Is the judge blind? How is it her fault she hasn't had a trial after 4 years? Creat example of our justice system at work. Smh. Ridiculous.

Do you think Killeen City Council members and the mayor should get more compensation from the city?