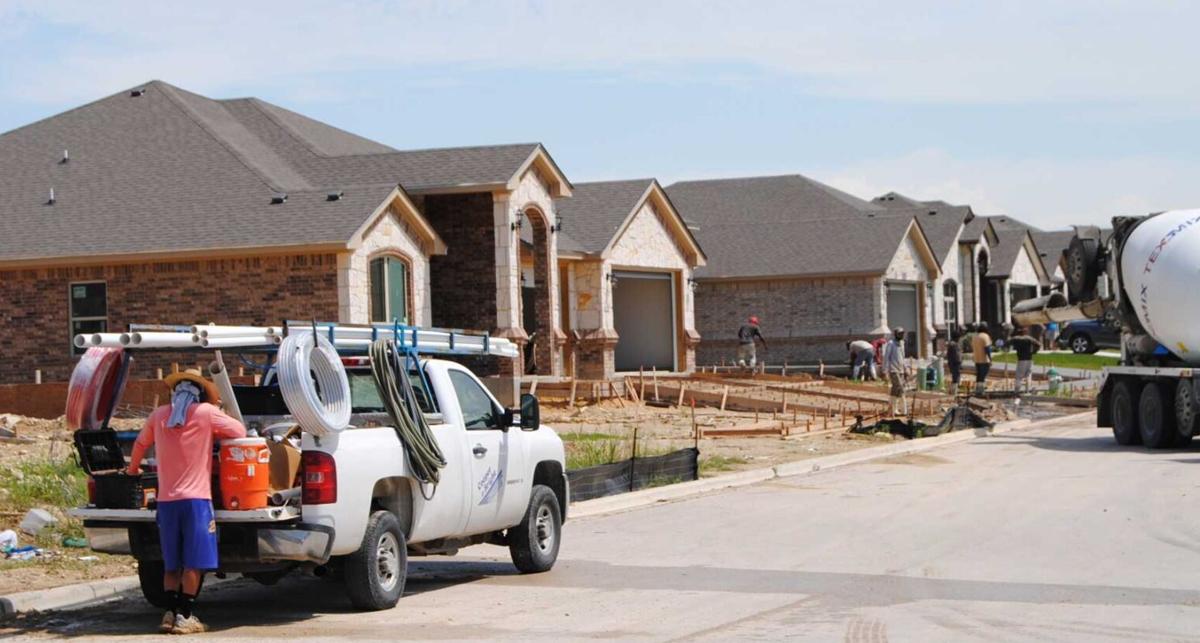 Homes are under construction on Prescott Drive in Killeen on June 6. 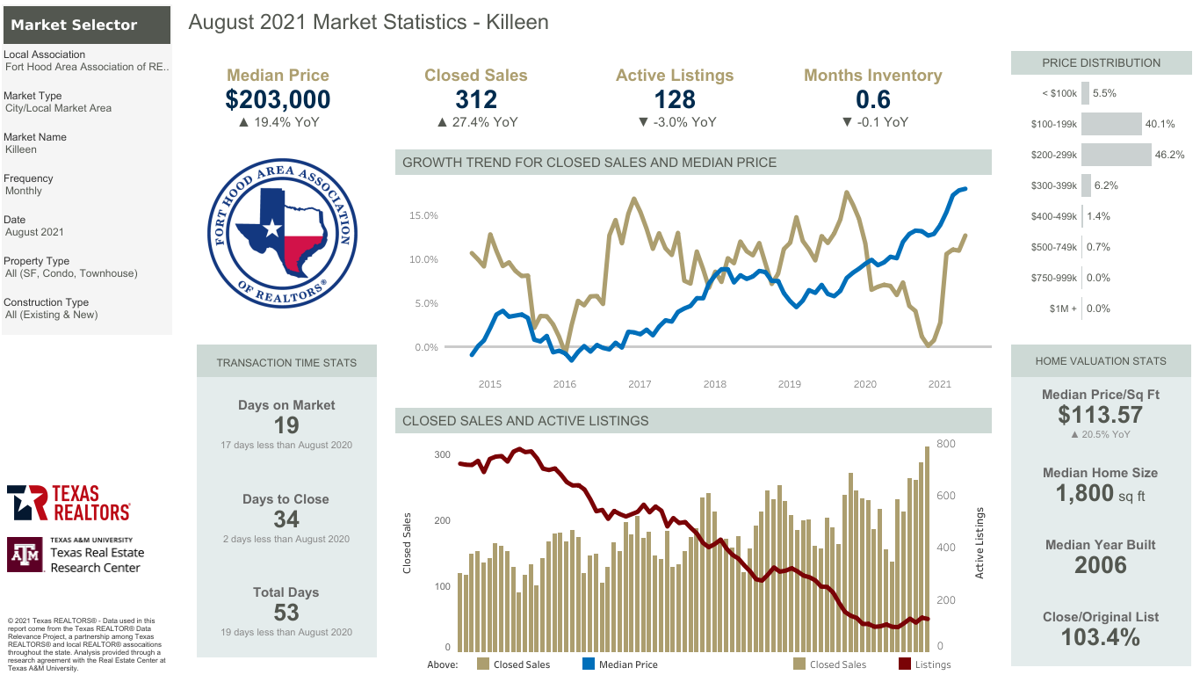 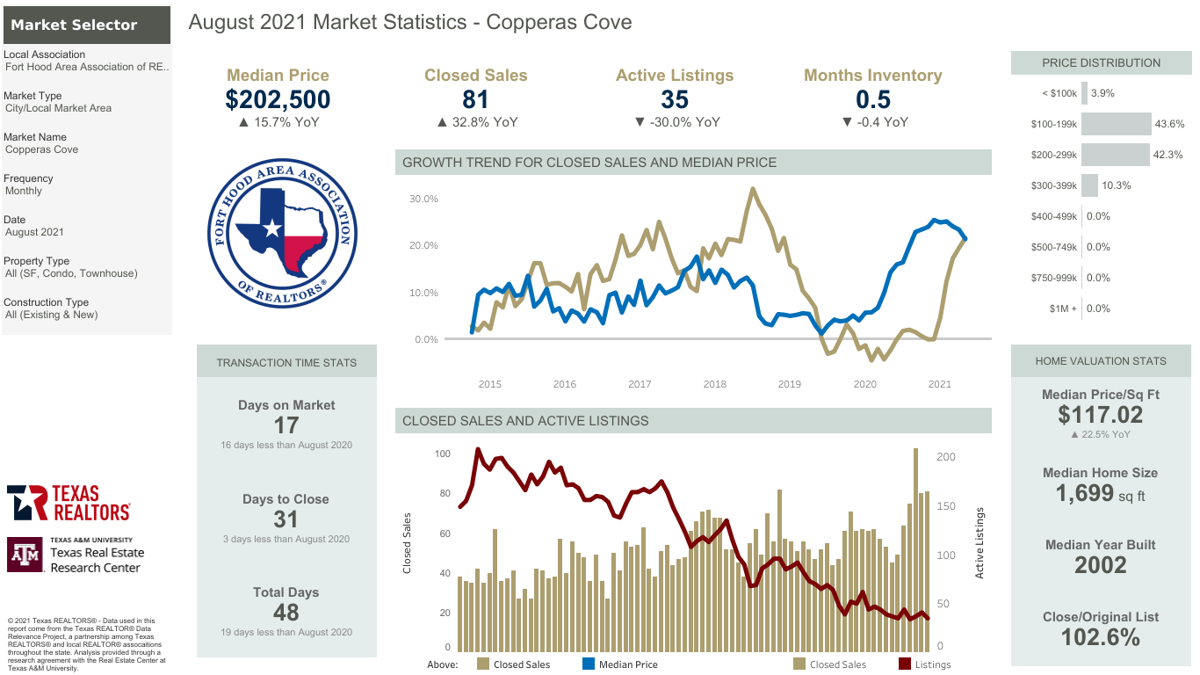 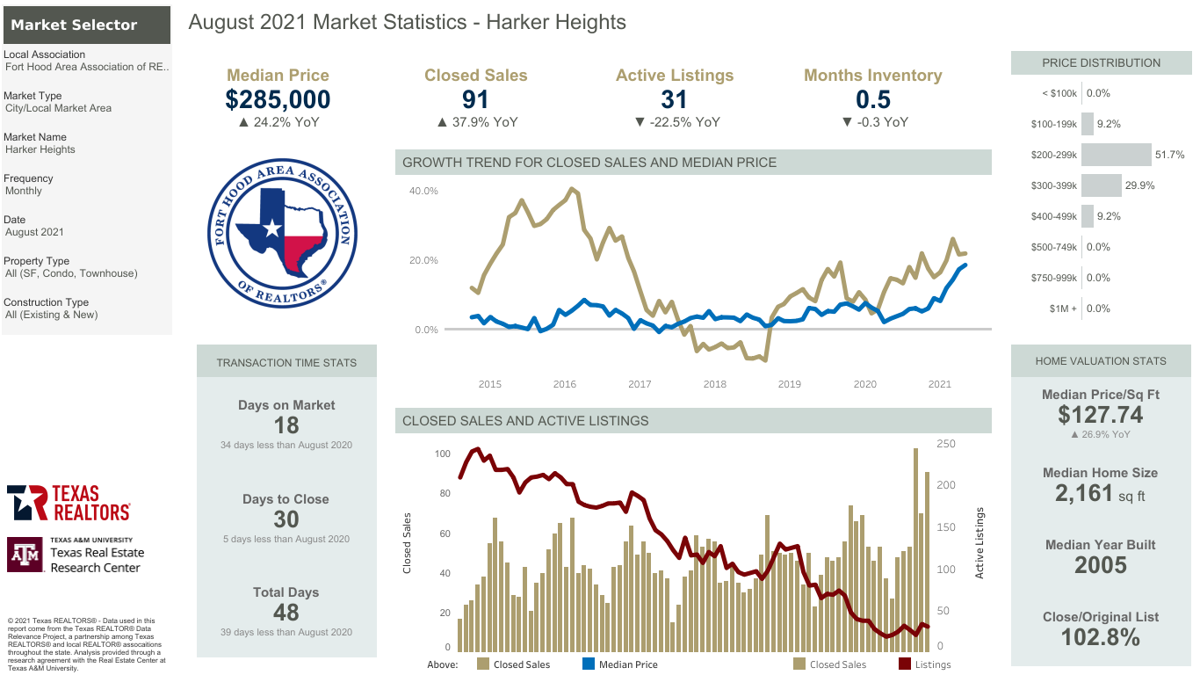 Homes are under construction on Prescott Drive in Killeen on June 6.

With remote working on the rise in conjunction with COVID-19 precautions, the demand for premium living space is on the rise while inventories hit extreme lows, recent studies show.

Killeen Mayor Jose Segarra said he has never seen a shortage in housing inventory of this magnitude in his 27 years of selling homes in the area.

“Killeen, except for the last couple of years, has always maintained a supply of 6 months or more,” Segarra said. “But seeing it at 0.8 (months) is something I don’t think Killeen has ever experienced.”

According to Segarra, this change has the greatest impact on one of the staples of the Killeen community: military families.

“Our military who use their VA Home Buying Benefits with 100 percent financing, can only borrow up to the appraised amount, but what we are seeing is homebuyers making offers and purchases above appraised values,” Segarra explained. “So what that means to our military families is that they have to pay the difference in cash between the appraised price and making a higher offer above appraisal in order to compete.”

The market is counteracting the perks of buying a home with no down payment, making home purchasing out of reach for many military families, he said.

Another impact on the local market is families who move in from other states, Segarra said.

“We are seeing more people from other states and some Texas cities move to Killeen because coming from a much higher-priced market, Killeen is still very affordable at a median home price of $186K,” Segarra said. “We also have seen less new homes being built as builders try to play catch up after the shortages of new home supplies.”

Price increases for supplies and shortages of labor because of COVID have translated to fewer new homes on the market, and an increased demand for existing pre-owned homes, he said.

“That demand created a shortage that in turn saw prices increase like we have never seen them before here in Killeen,” Segarra said.

Tom Dewine, the CEO and broker for ERA Colonial Real Estate with offices in San Antonio, Austin, Georgetown and Harker Heights, agreed that inventory is constricted.

“There aren’t enough homes for sale and there hasn’t been for a while, compared to the demand,” Dewine said. “We are seeing that in the Killeen and Fort Hood greater metro area.”

The trend is following what Dewine is seeing across the state of Texas.

“We’re seeing so many people who are moving to Texas for a host of reasons,” Dewine said. “There is such great demand there, it’s out-pacing I think even a normal market where you’re seeing a normal amount of listings.”

But Killeen, along with the housing industry across the United States, is not facing a normal market, Dewine said.

Along with a dearth in supply, Dewine said Killeen and the greater Fort Hood area are receiving residual home buyers from larger cities such as San Antonio, Austin and Georgetown.

“You used to hear people saying, ‘I’m moving to Austin, Dallas, Fort Worth or Houston,’ and some of them hadn’t even heard of Killeen,” Dewine said. “Now we’re also hearing, ‘We’re moving to Killeen, Fort Hood, Belton, Temple. We’re seeing people purposely selecting these markets that are on the periphery.”

Dewine mentioned that some clients coming from places like southern California are not fazed by a commute of an hour or longer to get to work, then enjoying a laid-back lifestyle, like they can have in Bell County, or Temple.

“We’re getting so much more interest, creating demand, and the imbalance for that market place,” Dewine said.

Persistently low interest rates add to the appeal, drawing new homeowners into the highly competitive housing market, according to a study by HireAHelper — a moving company.

“This surge in demand has made the market highly competitive and driven home prices to record highs,” the study states.

In addition to the pandemic, a shift in demographic interests has also impacted the housing market, according to the study.

“The Millennial generation — those born between 1981 and 1996 — recently surpassed Baby Boomers as the largest living generation in the U.S., with more than 72 million members,” the study states. “And at ages 25 to 40, the Millennials are also in the prime age range for first- and second-time home buying.”

Millennials now represent 37% of homebuyers, the largest generational segment of the market, according to a recent report from the National Association of Realtors.

But many new buyers are frustrated by the limited inventory available, as would-be sellers hold off on listing their homes — apprehensive about looking for a new home in the competitive market.

There are multiple causes for the current inventory situation, according to Michael DeHart with the Fort Hood Area Association of Realtors.

“Fewer new homes were built over the last 12-18 months due to the pandemic,” DeHart said. “The pandemic contributed to labor availability, the increased cost of lumber and other material, etc. Inflationary trends are affecting the availability of money not only for material but mortgages as well.”

Killeen has the 11th fewest homes for sale among similarly sized young cities across the nation, the HireAHelper study found.

The common measure for supply is months of inventory, which is calculated as inventory divided by home sales and estimates how long it would take current supply to be bought up if no new homes came on the market. That figure dipped below 2 months for the first time in July 2020 and has remained there since, reaching an all-time low of 1.1 months in June 2021.

Vermont has reported the greatest supply of homes in 2021 and is the only state to average more than 3 months of supply throughout the year. New York follows closely behind with an average of 2.8 months of supply.

Washington has the lowest supply with 0.7 months of inventory.

With 350 active listings, Bell County had 0.6 months of inventory in August, according to the latest data from the Texas Realtors Data Relevance Project, a partnership among Texas Realtors and local Realtor associations throughout Texas.

HireAHelper analysis showed Killeen with a 0.8-month supply of inventory with 190.5 active listings for every 10 thousand homes in the area. On average, there are 489 listings in the area monthly, the HireAHelper study showed. The median sale price for a home in Killeen is $186,714, according to their data.

The latest number released by the Texas Realtors Data Relevance Project showed that inventory had dipped down to 0.6 months of supply in August, with 128 active listings and a median sale price of $203,000.

On a national scale, there is an average of 1.3 months of housing inventory available, with 170.6 listings for every 10 thousand homes, the study showed. Every month approximately 1.4 million homes are actively listed, with a median sale price of $362,000, according to the study.

“The impact of available inventory in real estate is the same as with any industry,” DeHart said. “Fewer homes available tends to result in higher prices. The reverse is also true; excess inventory drives down prices.”