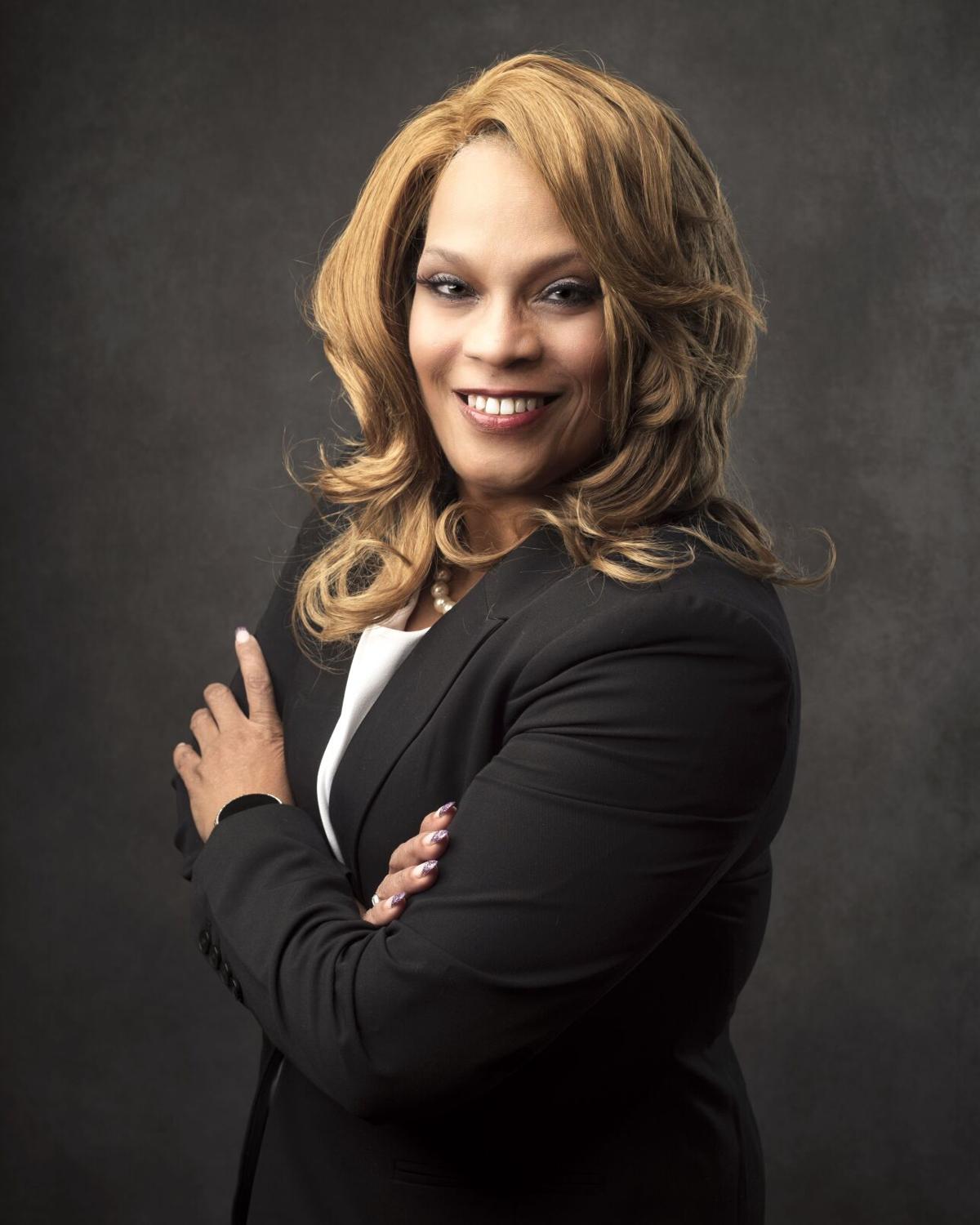 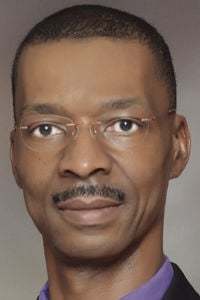 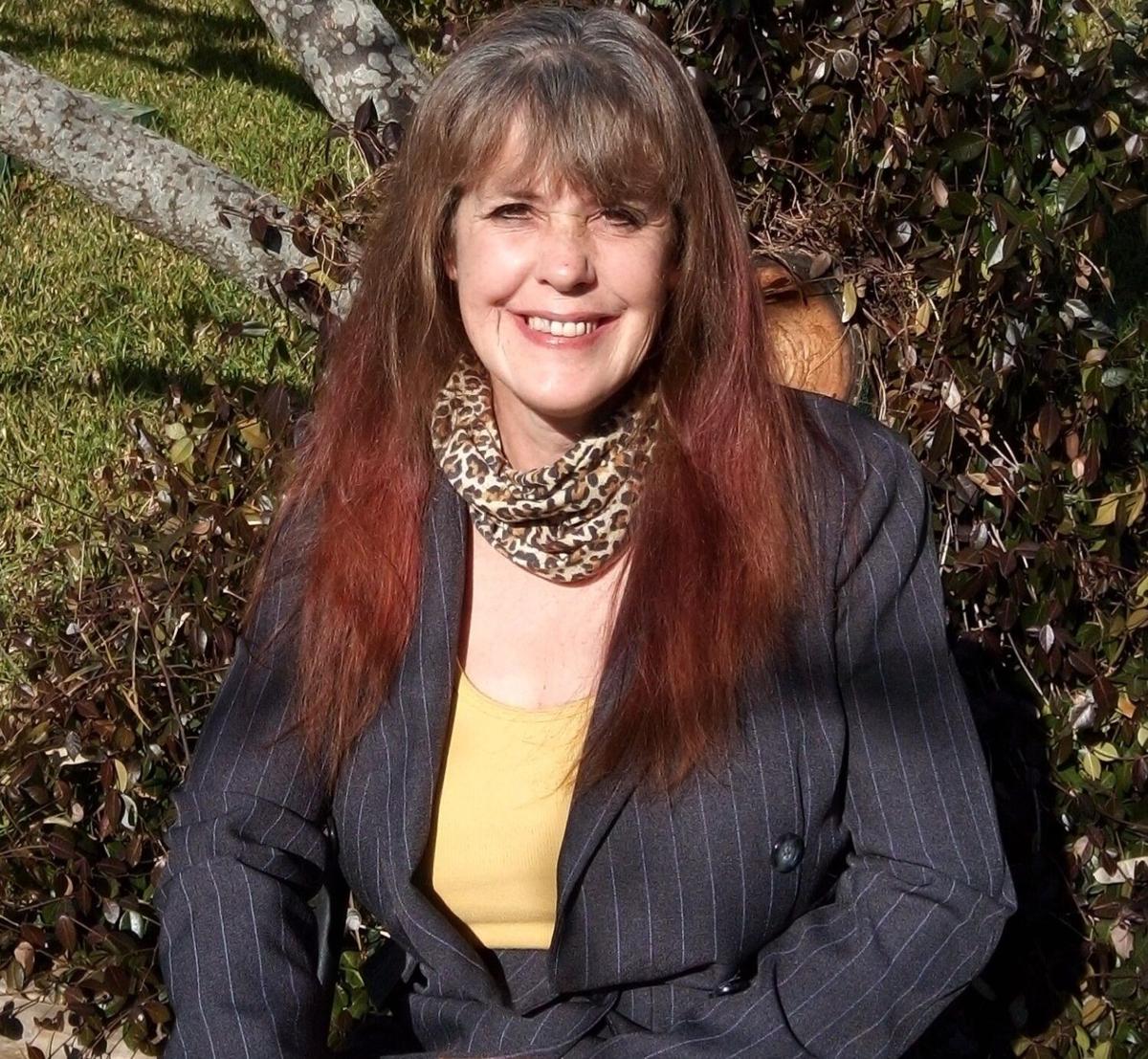 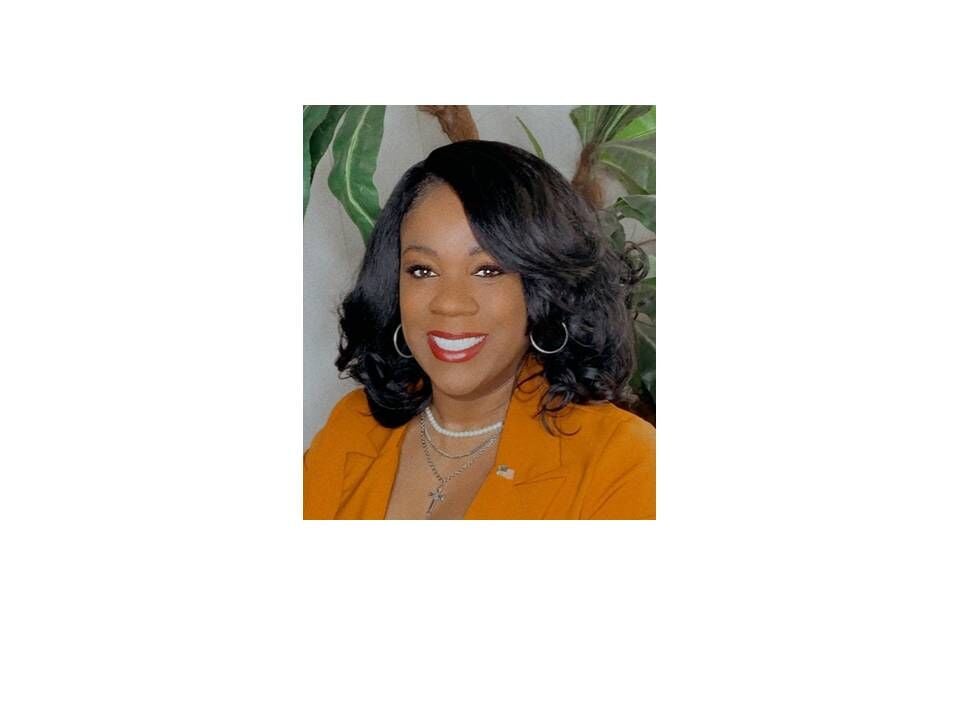 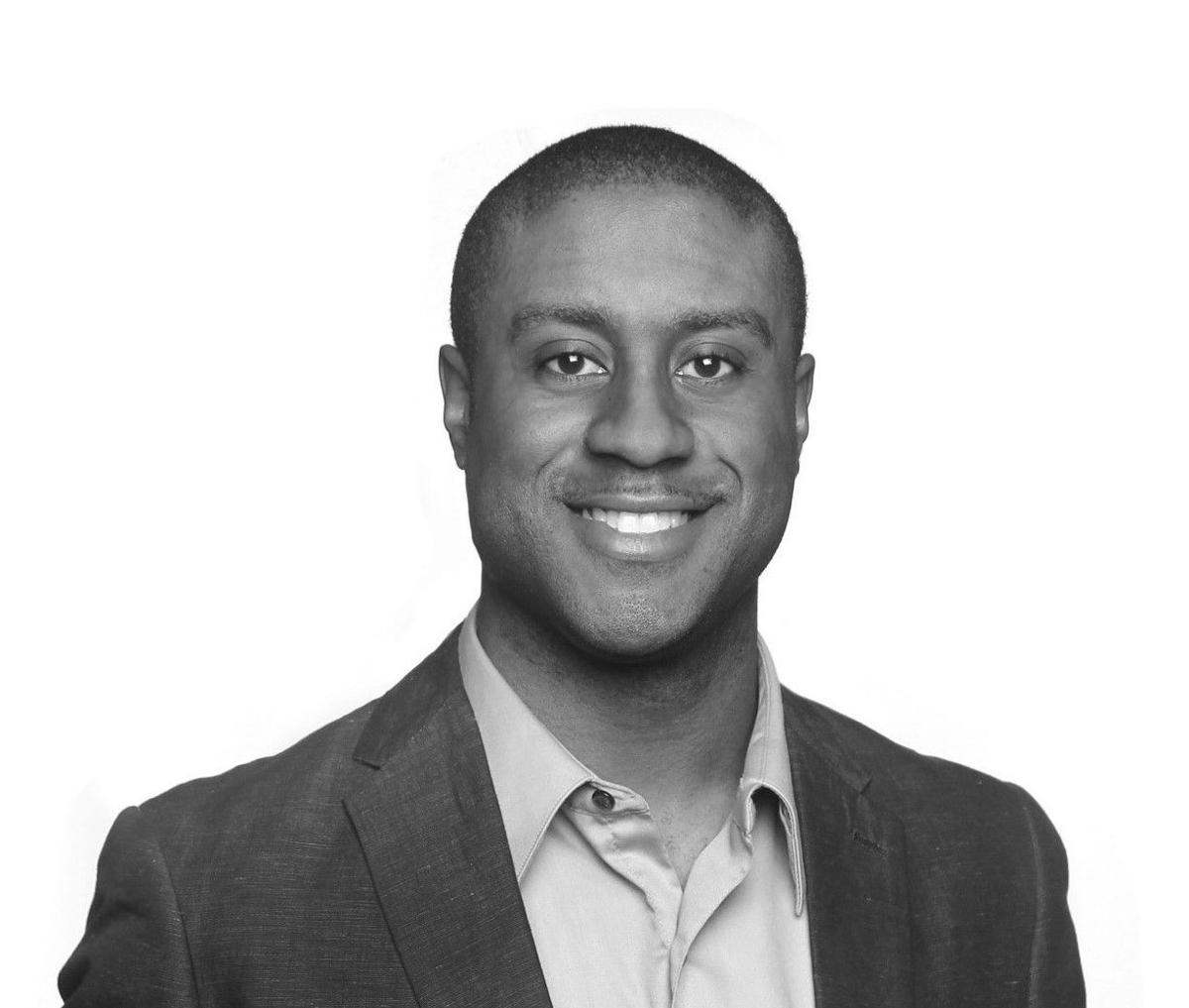 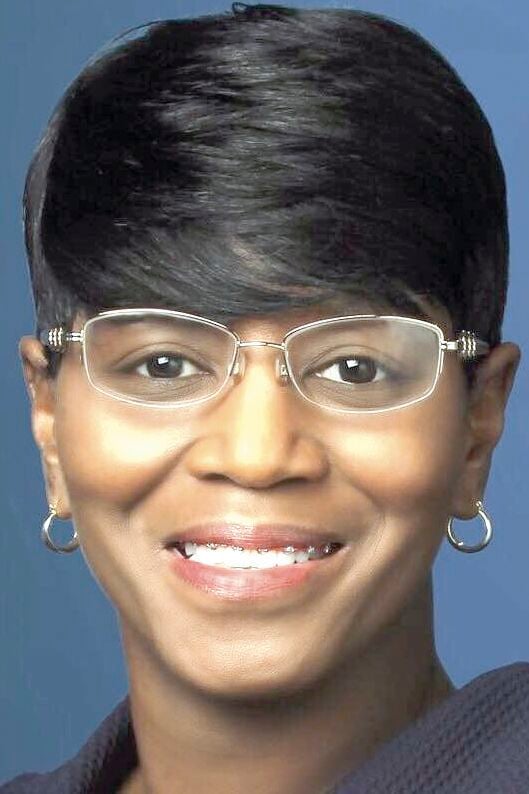 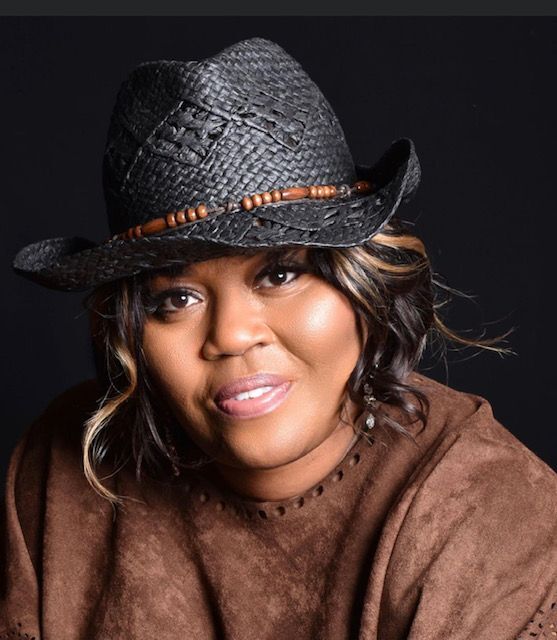 Singh's name is being put forward by City Manager Kent Cagle, following a nationwide search in which the city received 59 applications and conducted six interviews with candidates for the job that was advertised with a salary "in the $160,000 range."

The vote could take place as early as tonight during the Killeen City Council meeting.

While Killeen Mayor Jose Segarra said the job search for a replacement of former Assistant City Manager David Ellison was transparent and by the book, some of the current councilmembers expressed concern, saying they were not kept in the loop regarding the progress of the search.

The Herald sent questions to all 13 candidates who are vying for four district council seats in the May 1 municipal election.

Candidates were asked if they feel City Manager Kent Cagle was transparent with the city council and if they would support Singh’s appointment at a $175,000 salary.

Tuesday’s council meeting will be at 5 p.m. Tuesday in the council chambers in City Hall, 101 N. College St., Killeen.

For those unable to attend the meeting in person, it will be web streamed live and archived for playback on the city’s web site, KilleenTexas.gov. It will also be broadcast live on Spectrum Cable Channel 10.

Questions and answers are below:

Do you feel City Manager Kent Cagle was transparent with the council in the search for the position? Would you like to have seen him do anything differently?

Ramon Alvarez, District 3:Did not reply by press time.

William Baumgartner, District 2: Did not reply by press time.

Michael Boyd, District 4: “I do feel that the City Manager could have been more transparent in the pursuit of hiring a new Assistant City Manager. I believe it is beneficial that Council-members are clear on the hiring process & status for this significant position.”

Angela Brown, District 1: “Section 44 of the Killeen city charter states the city manager shall be chosen by the city council solely on the basis of his executive and administrative qualifications with special reference to his actual experience, so therefore in consideration of the charter I feel that the city manager was operating within his role and responsibilities.”

Nina Cobb, District 3: Did not respond to this question. Her entire response is under Question 2.

Rosalyn Finley, District 1: Did not reply by press time.

Jessica Gonzalez, District 1: “… There is not sufficient information for me to weigh in fully on this matter. However some of the details in (KDH’s) article did leave me with a few additional questions ... Per Sec. 2-33.of the City Charter it states- City residents to have preference in hiring: … Not having been privy to communications between Council and the City Manager, I am unable to state if something should have or could have been done differently. However; I would hope that as a matter of professional courtesy and due to the importance of this position that all required notices and updates would have been provided.”

Steve Harris, District 4: Did not reply by press time.

Brockley Moore, District 4: “No sir, the council should have been updated on the matter face to face, email or close session. There should have been regular updates on the search hire when the residents paid $14,175.00. We maintain the high standards of openness Mr. Ron Olson reinstated during his tenure as administrator and city manager; human connection builds and leaves no doors closed.”

Debbie Nash-King, District 2: “It is my opinion government can always improve in areas of transparency. The City Manager informed the council members in December of last year he would start the search process for a new assistant city manager after the holiday. I believe there could have been better communication between the city manager and the city council members during the interview and the hiring process in order to keep the community informed on the selection process.”

Latriece Walton, District 1: Did not reply by press time.

Lauren Young, District 1: Did not reply by press time.

Do you support the approval of the appointment of Danielle Singh as the Assistant City Manager at a salary of $175,000? Why or why not?

Ramon Alvarez, District 3: Did not reply by press time.

William Baumgartner, District 2: Did not reply by press time.

Michael Boyd, District 4: “I do not support the approval of an Assistant City Manager at a salary of $175,00 without extensive experience or dedicated practice in the field, prior to being hired. The previous assistant city manager was recruited to Killeen with over 20 years of experience, an excellent understanding of policy and a plan to address the challenges of Killeen.”

Angela Brown, District 1: “I feel that the current council should have been briefed to the upcoming announcement far in advance for the above appointment and salary amount so that they were not blindsided by appointment. After reading section 29 ... which states that the appointment of assistant city managers, department heads, and the city secretary shall be subject to the approval of the council, I can understand how the previous council allowed for the appointment and salary to take place. I feel that if the experience of Ms. Singh qualifies her to receive the posted compensation, she should receive the $175,000.00.”

Nina Cobb, District 3: “It is my belief that when any City Staff is hired we must have Trust and Confidence in that employee. We should also hold them accountable for their decisions and as a Council Man or Woman we must also seek understanding … It would not be fair to Mr. Cagle or Mrs. Singh to comment … without listening, being privilege to her history of work or simply understanding his selection process or why he has designated this salary amount for the position of Assistant City Manager … I pride myself on being able to “rely on facts, figures, principles of equality and always fairness.”

Rosalyn Finley, District 1: Did not reply by press time.

Jessica Gonzalez, District 1: “There has not been an opportunity for me to review her full qualifications, and based on the news article in the Killeen Daily Herald dated April 4th, there is not sufficient information for me to weigh fully on this matter. All things in consideration, her education, past experience and available budget for this position should be factors in the approval process. I’m certain that the current Council will review this information and if she is qualified then she will be approved at a rate they deem fair based on all of those factors.”

Steve Harris, District 4: Did not reply by press time.

Brockley Moore, District 4: “I can not support increasing any employee salary during this present time to 27,000 dollars from the original position salary of 148,175 to 175,000. There should be a process building unity and trust among the residents that is absence during vulnerable time. This is not logical path in ethics (transparent) regardless that the council does not hire for the position but approve the selection for the residents.”

Debbie Nash-King, District 2: “I do support the appointment of Danielle Singh as the new Assistant City Manager because she went through the proper interview process and she is more than qualified to the lead the City of Killeen in the absence of the City Manager. The city did a salary comparison survey in 2019 which included cities of similar sizes of Killeen, and it was reported in the survey that the average salary for an assistant city manager was around $182,941.00. I will wait until the city manager brief the council on Tuesday night on how he determined the amount of Mrs. Singh’s salary.”

Holly Teel, District 1: “Mrs Singh has an impressive resume. She has a background in project management, graduate of engineering, has experience in transportation coordination, background in public works and has been a assistant manager to another city. Mrs. Singh has been with the city of Killeen for over 2 years. As for her pay, I can’t say. I do hope it was negotiate and not just tossed on the table.”

Latriece Walton, District 1: Did not reply by press time.

Lauren Young, District 1: Did not reply by press time.

Killeen council eyes other applicants as vote looms for city’s No. 2 spot