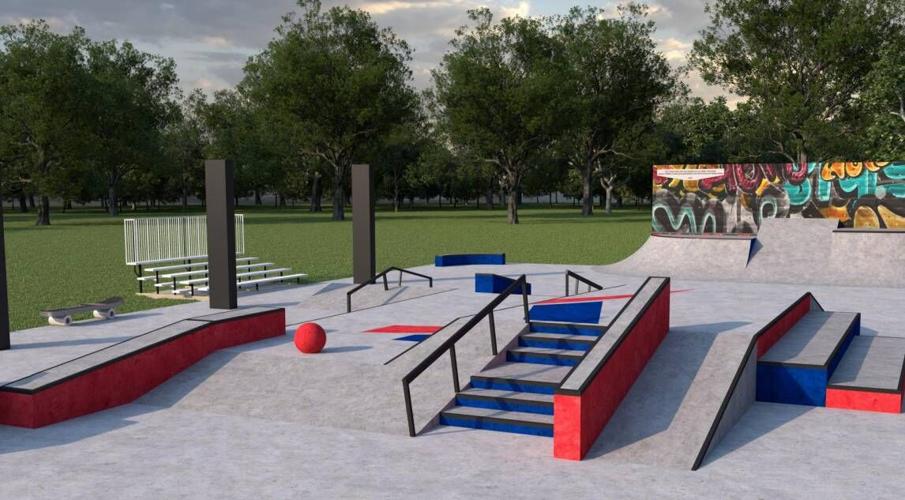 Courtesy Image A rendering provided to Killeen city officials from American Ramp Company shows what a renovated skate park at Conder Park in Killeen will look like. 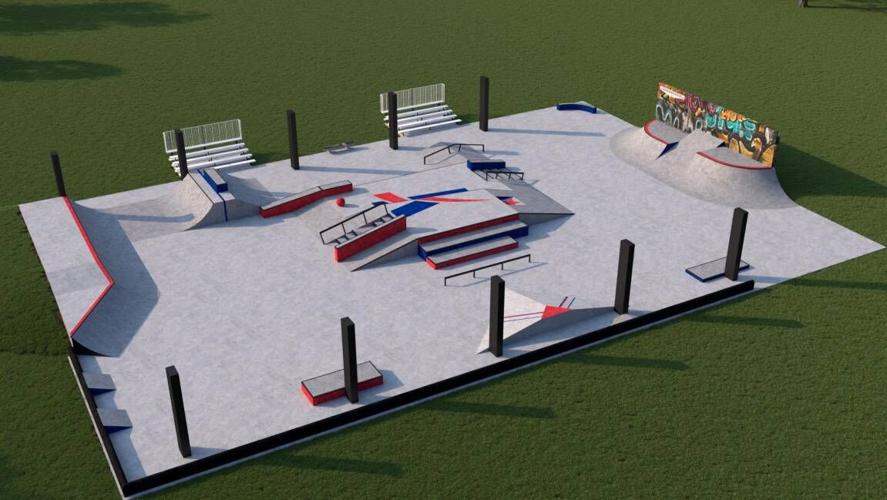 Courtesy Image A rendering provided to Killeen city officials from American Ramp Company shows what a renovated skate park at Conder Park in Killeen will look like.

Killeen City Council members will be going forward with their pay raise, with no increases or decreases to the amount approved by voters in May. Also discussed at Tuesday night’s workshop meeting was the possible renovation of the skate park at Conder Park.

“I say let’s go forward with what was put on the ballot,” Councilman Jose Segarra said of the compensation increase. With a second from Mayor Pro Tem Ken Wilkerson, the motion of direction put forward by Segarra was passed unanimously by the council.

But with the voters’ approval of a charter amendment, the maximum monthly compensation was raised to $250 for council members and $350 for the mayor.

However, the new totals were subject to council action.

The council began discussion of a proposed amendment on council and mayor compensation last year.

As a final effort to reach a consensus in the Jan. 11 council meeting, Councilman Michael Boyd offered an option closer to what Former Councilwoman Shirley Fleming proposed when the subject of council pay was originally introduced nearly a year ago: $250 monthly for council members and $350 for the mayor.

At the time, the motion passed by a 6-1 vote, with then-Mayor Pro Tem Debbie Nash-King in opposition.

Voters subsequently approved the charter amendment to raise compensation, with 2,158 residents voting in favor and 1,861 voting against it.

Before the discussion about the skate park issue began, four residents came forward during citizen’s comments to speak on their support for the renovation of the Conder Skate Park and how skateboarding helps with mental health.

Recreation Services Executive Director Joe Brown showed a presentation to the City Council going over the issues that are found at the Conder Skate Park but also how Recreation Services worked alongside skateboarders with what they wanted in a skate park.

“I didn’t want this to be Joe Brown’s idea or city council’s idea,” Brown said as he spoke about the community’s involvement with possibly renovating the skate park.

But council members did express their concerns with the $295,800 price point to renovate the park.

“$300,000 is a lot to ask for,” Councilman Michael Boyd said after the presentation. But Brown did mention that the renovation of the skate park is a part of the Killeen Parks Master Plan.

The Parks Master Plan refers to Recreation Services’ plan to improve the parks in the city and was approved by the council last year.

The council will hold a vote on the possible renovation of the skate park next week, but council members made it very clear that they were receptive to Brown’s proposal.

Almost $300,000 for a skate park? Taxpayer dollars can be far better utilized on something of more use to the entire citizenry than a skate park for a select group of troublesome brats to terrorize.

Better ask yourselves "who's going to be liable" when one of those brats breaks an arm, or worse, at your quarter million dollar skate park$$$

Why don't you take care of the crappy state of the cities streets instead of giving yourselves a pay raise and putting more than a quarter of a million dollars to renovate a skate park that will more likely than not be vandalized upon completion. Or here's a novel idea, hire more LEO to help get rising crime rates down!