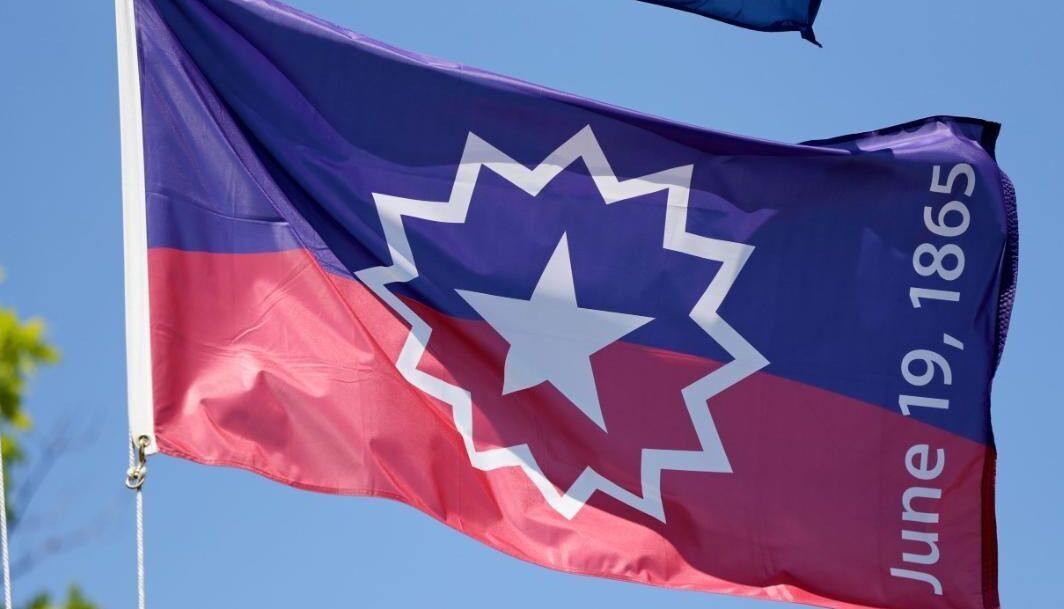 This image shows the official Juneteenth flag. The Killeen City Council on Tuesday unanimously rejected a resolution that would have allowed the city to fly the flag at City Hall.

This image shows the official Juneteenth flag. The Killeen City Council on Tuesday unanimously rejected a resolution that would have allowed the city to fly the flag at City Hall.

The Killeen City Council on Tuesday voted unanimously against a resolution  that would have allowed the city to fly the Juneteenth flag at City Hall June 18-20.

The NAACP-Killeen Branch spoke out against the resolution during citizens comments, expressing concerns that it would open Pandora’s box and allow other flags to be flown at City Hall as well.

“Flying the Juneteenth flag would make it where other groups and organizations could make the same request of their flags to be flown. And yes, I’m even talking about the Confederate flag or the LGBTQ flag,” Samuel Powell said during citizens’ comments on Tuesday. Powell made the comments on behalf of NAACP-Killeen Branch President TaNeika Driver-Moultrie.

“Let me be very clear,” Powell said. “The NAACP is not down nor will we ever support a confederate flag flown at City Hall.”

Juneteenth refers to June 19, a date that many Texas slaves learned of their freedom. President Abraham Lincoln’s Emancipation Proclamation went into effect Jan. 1, 1863, but word did not get to Texas until June 19, 1865. Juneteenth is celebrated annually in Killeen, throughout Texas and other states.

The council had discussed creating an ordinance at its May 18 workshop that would have allowed the flag to fly on those dates every year. But concerns arose about the precedent it might create, especially if they used state holidays as a guide for what holidays to include in the ordinance.

Analuisa Tapia, district 17 director for LULAC, said her organization would also not support the resolution because the state holidays did not recognize the Korean community or the Asian Pacific community.

“When you leave one group out, you are leaving all of us out,” Tapia said.

Councilmember Ken Wilkerson introduced a motion to deny the request, saying there was disinformation about what the holiday was about. He said it wasn’t just a Black holiday, but a celebration of American history.

“I’m not proud to say Killeen is not ready,” Wilkerson said. “This is a sad day that I had to vote against it, only because we are not ready.”

“We understand the idea, the desire, but yet, it’s just not the right time right now,” Harris said.

Councilmember Mellisa Brown said some employees had expressed concerns to her about potentially having to come to City Hall if a Confederate flag was flown for Confederate Heroes Day.

“I cannot vote yes for this, knowing that it means in the future I’m going to have to vote yes for something that would make our employees and our citizens uncomfortable,” Brown said.

Mayor Jose Segarra, who could not vote on the item, said he will still do a proclamation, but encouraged residents to get active on the issue.

“Those who are in favor of this, I think there is an opportunity there, not just here locally, but statewide,” Segarra said. “Why does the state have that as a holiday? I think that’s where we need to shift this energy and try to get it changed at the state level.”

Yes, the proposal for the Juneteenth flag was indeed racist