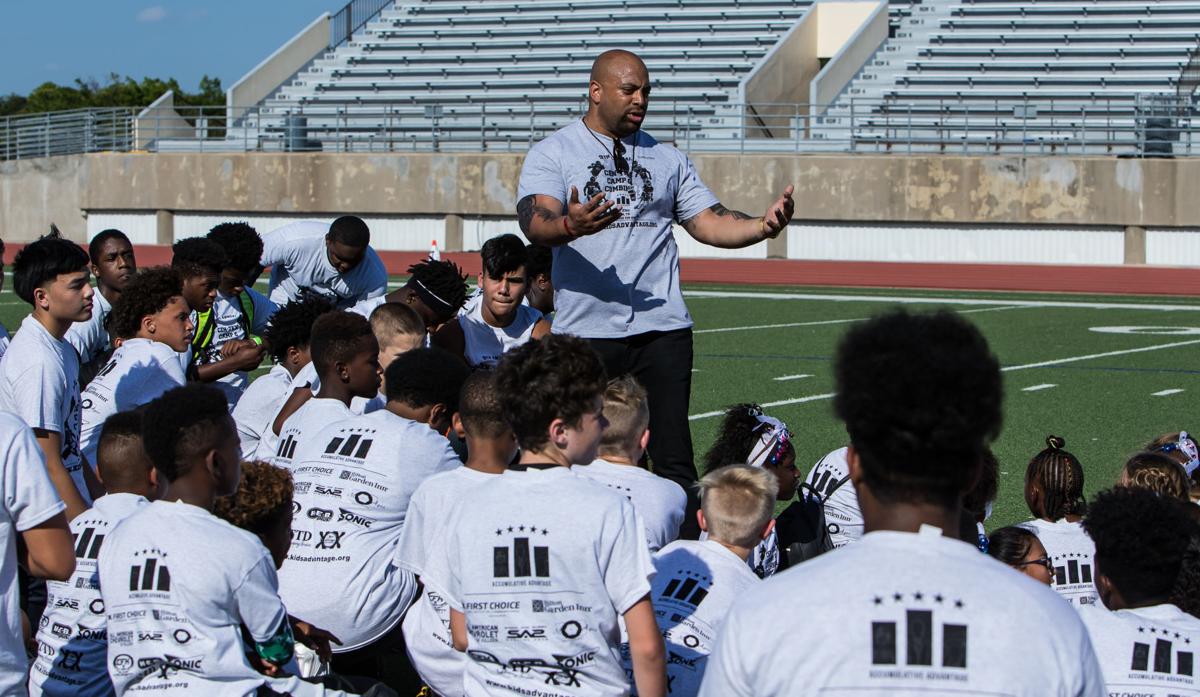 Roy Miller III, a Shoemaker graduate who played in the NFL, provides a motivational talk to the young athletes at the start of the ninth annual CenTex Pro Football & Cheer Camp in 2018 at Leo Buckley Stadium. 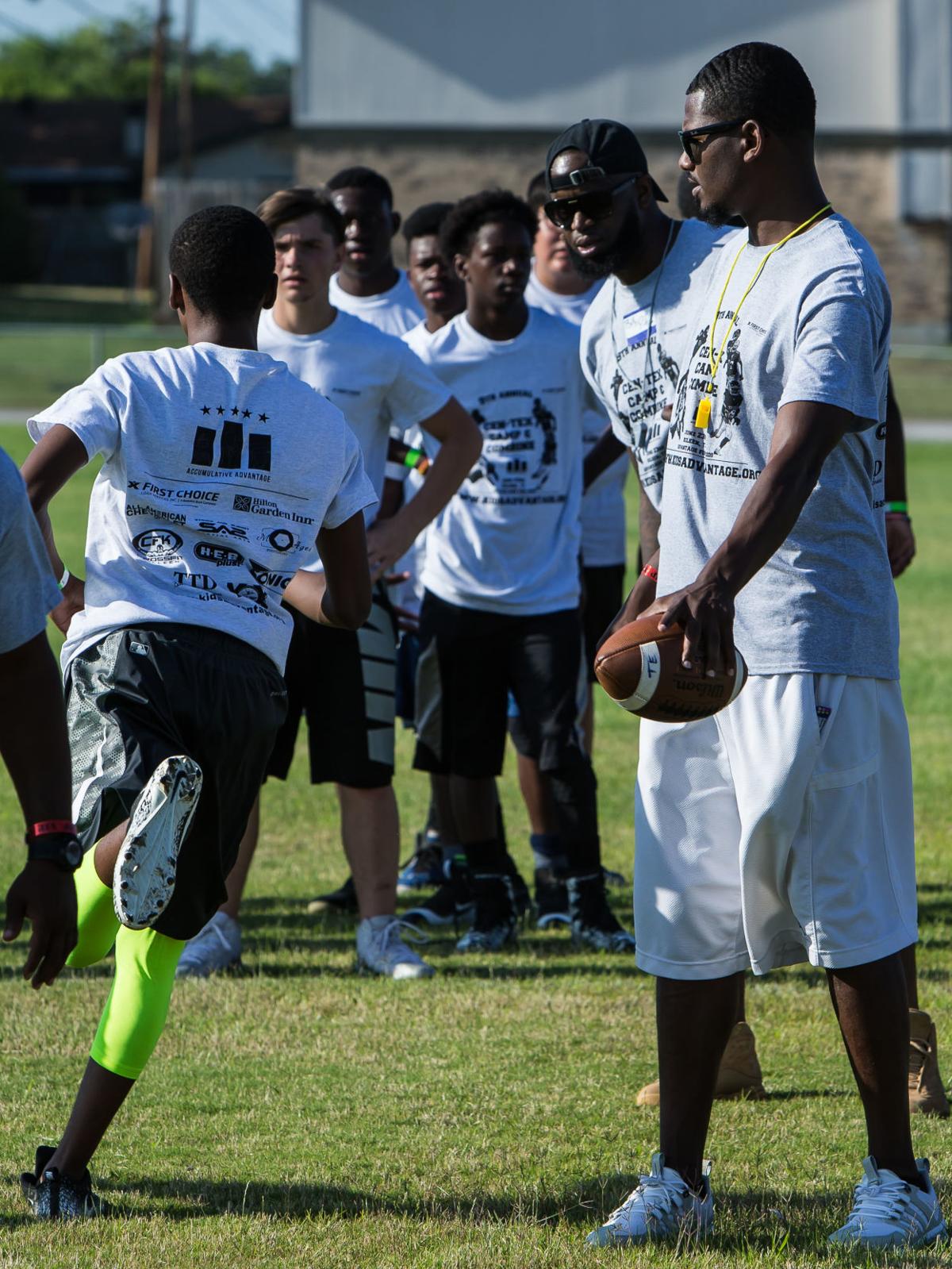 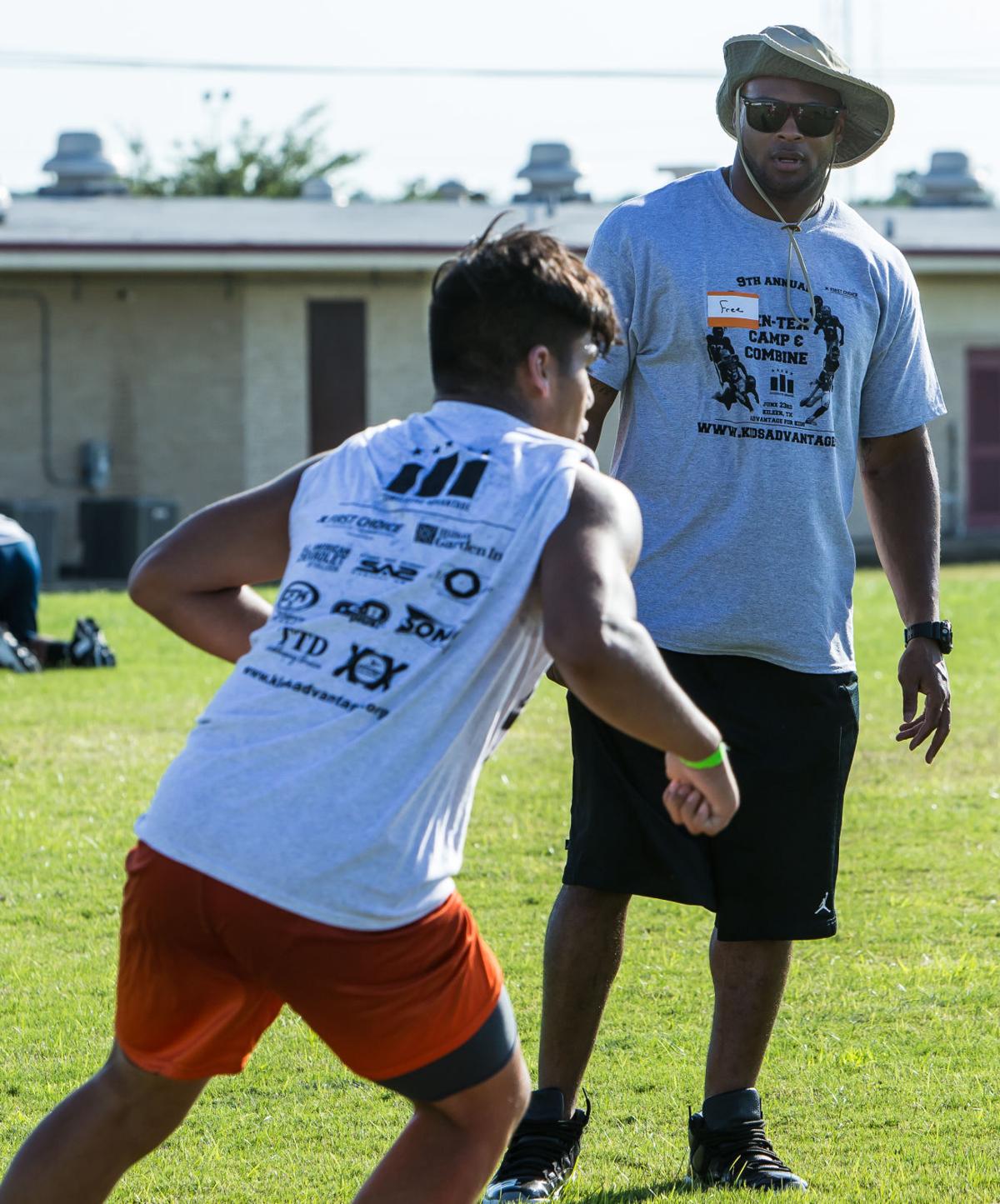 Roy Miller III, a Shoemaker graduate who played in the NFL, provides a motivational talk to the young athletes at the start of the ninth annual CenTex Pro Football & Cheer Camp in 2018 at Leo Buckley Stadium.

The 12th Annual CenTex Pro Football and Cheer Camp hosted by Kids Advantage and Accumulative Advantage will be from 5:30 to 8:30 p.m. Saturday at Killeen’s Leo Buckley Stadium.

More than 15 current or past professional football players will instruct and mentor the youth, according to a news release from the organizers.

Those interested in attending the event must register and registration can be done at www.Nflcamp21.Eventbrite.com. The camp is free for children ages 8 to 18. Sign-ups for students, volunteers, coaches and sponsors are still being accepted.

The football players who will be present for the camp include:

Roy Miller III, a Shoemaker High grad and former defensive tackle for the Texas Longhorns and the Jacksonville Jaguars and Tampa Bay Buccaneers in the National Football League.

Dominique Zeigler, a former wide receiver for the Baylor Bears and the San Francisco 49ers who graduated from Harker Heights.

Jameill Showers, a Shoemaker grad and former quarterback for the Texas A&M Aggies and the University of Texas El Paso, as well as the Dallas Cowboys.

Jerrell Freeman, a former linebacker for the University of Mary Hardin-Baylor and the Chicago Bears and other NFL teams.

Rashad Bobino, a former linebacker for the Texas Longhorns.

Ramonce Taylor, a former running back for the Texas Longhorns who starred at Belton High.

Ben Wells, formerly of the Texas Longhorns and Washington Redskins.

Former Chicago Bears defense tackle Tommie Harris, an Ellison High grad, was initially slated to be at the camp but can no longer make it because of a prior engagement, officials said.

Along with the football camp, a free cheer camp will be held at the same time led by local cheerleaders.

Also, Rose Short, a Killeen resident and former contestant on NBC’s “The Voice,” will be singing the national anthem at the camp.

The Accumulative Advantage Foundation was created to show appreciation for servicemen and their families, according to the release.

“We bring successful military dependents such as teachers, business men/women, celebrities, and NFL players back to their communities to empower kids and thank veterans,” the release said. “We use sports camps, mentorship programs, workshops, and motivational talks, to bring awareness to our core values such as continuing education.”

Dominique Zeigler could not help but think back.