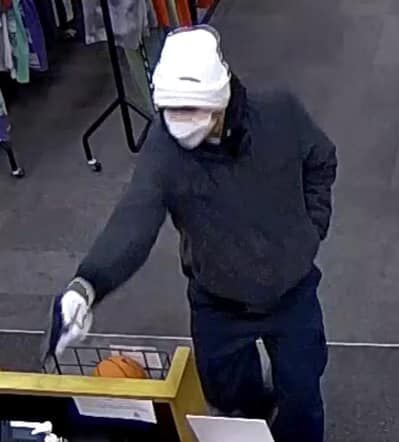 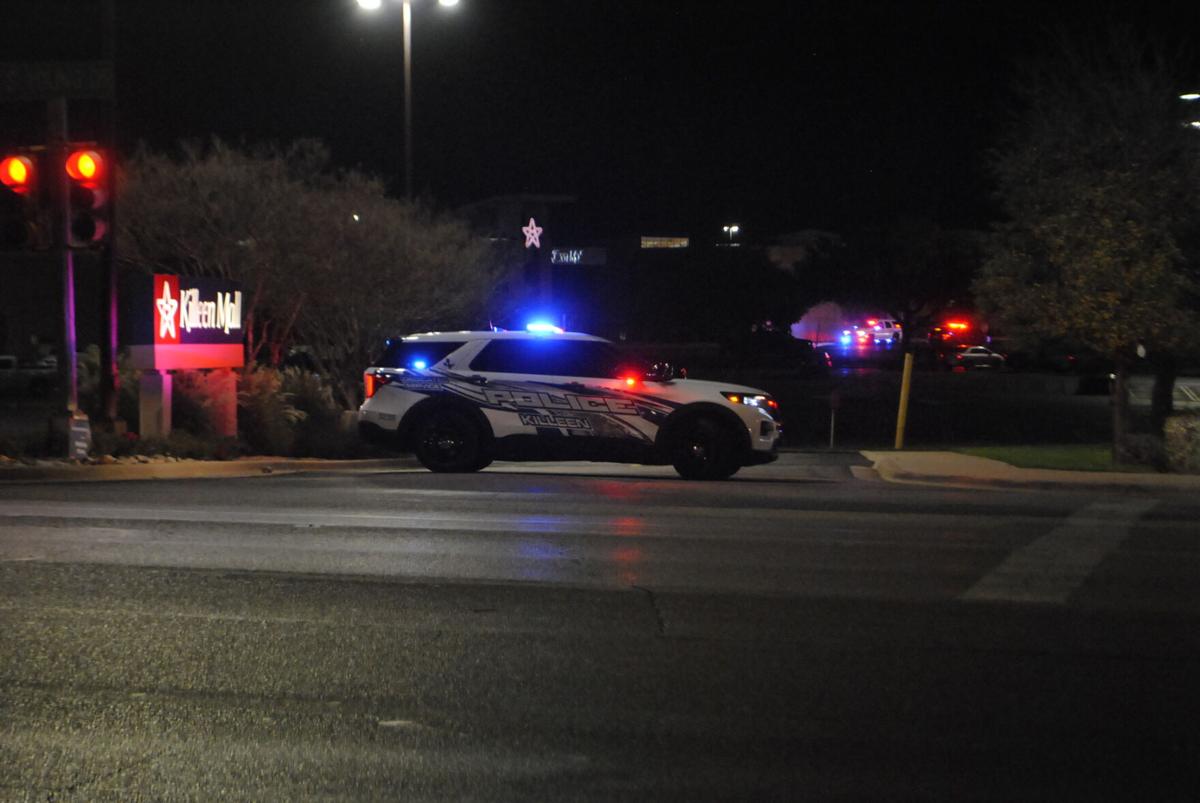 A Killeen police officer blocks an entrance to the Killeen Mall Tuesday evening after police responded to reports of a person who was shot inside a store in the mall.

A Killeen police officer blocks an entrance to the Killeen Mall Tuesday evening after police responded to reports of a person who was shot inside a store in the mall.

"Officers have obtained video and and are looking for the suspect in these photos," KPD said in its Facebook post. "He is a white male and was last seen wearing a white beanie and a white mask, with dark clothing. If anyone was at the mall around 7:00pm and saw this white male before or after the shooting, please contact the Killeen Police Department at 254-501-8830 or the Bell County Crime Stoppers at 254-526-TIPS (8477)."

Shooting suspect is 6 feet tall, wearing a hoodie and a beanie, and still at large.

The Killeen Mall is still in shelter-in-place mode as of 9:15 p.m. Tuesday.

"We are systematically escorting them safely with the tactical units – using drones and robots the best we can to get people safely out of the mall," Killeen Police Department Chief Charles Kimble said during a news conference Tuesday night.

Shooting victim was shot multiple times but is in stable condition, police say.

"He’s conscious and breathing," Kimble said of the shooting victim.

Police are still searching for the shooting suspect as of Tuesday evening. Kimble asked the public if they have any information about the shooting, or any video of the shooting to contact the Killeen Police Department at 254-501-8830.

Kimble said it will take time for police to evacuate mall employees and patrons who are inside sheltering in place.

"The Killeen mall is a very large place," Kimble said. "I would guess there were hundreds of store employees and patrons there at the time – we’re going to do our best to do a very brief medical assessment and interview before they leave."

UPDATE AT 9:00: Killeen police are holding a news conference regarding tonight's shooting at Killeen Mall. Follow our coverage via Facebook Live at Facecom.com/kdhnews.

UPDATE AT 8:37: The call came into police around 7:15 p.m. Tuesday. Police confirmed on Facebook that one person has been airlifted to Baylor Scott & White Medical Center in Temple with unknown injuries. Police are continuing to evacuate the mall and urging people to stay away.

UPDATE AT 8:00: A helicopter carrying the victim of the Killeen Mall shooting has taken off from the mall parking lot, en route to Scott & White Medical Center in Temple, police scanner traffic has confirmed.

Police have secured several entrances to the mall, as the search for the shooting suspect continues.

UPDATE AT 7:51: Police have described the shooting suspect as a white male, wearing a white beanie, white mask, black hoodie and black sweatpants.

According to radio traffic, police are the in process of evacuating portions of the mall and are blocking off some entrances.

Killeen police have responded to a shooting incident at the Killeen Mall.

According to a police radio traffic, a male was found in the Finish Line store at the mall suffering from gunshot wounds to the torso and leg.

A Medivac helicopter is on the way to transport the victim for treatment.

Police are discussing blocking off part of the JC Penney parking lot for use as a staging area for the helicopter.

More information on this story as it develops.

UPDATE 12:20 a.m:  The Killeen Police Department has finished the on scene investigation and cleared the scene, police announced.