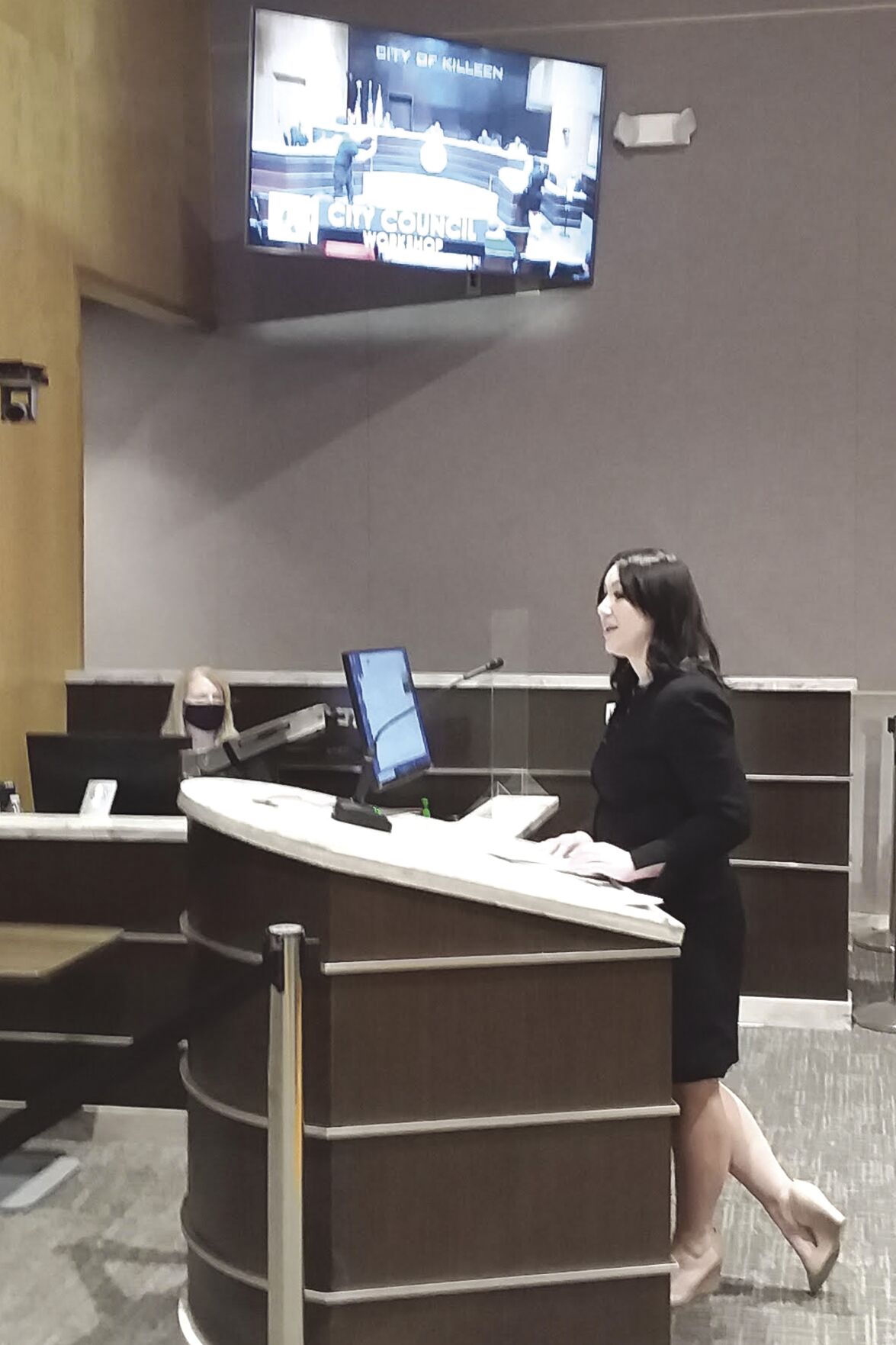 We’ve made a lot of progress,” Singh told the Killeen City Council at its Monday workshop, offering an update on the city’s recovery from water issues after last week’s winter storm.

Singh said all but one of the city’s water tanks have been replenished, with the remaining tank nearing repletion.

As of Monday evening, water restrictions have been lifted, but the boil water notice remains in effect, she said.

In addition to numerous water pipe breaks around the city, Singh said electrical issues and power blackouts caused compounded the water situation. Specifically, local generators at pumping stations were not able to make up the difference.

Singh praised public works employees, and others, for their response during the freezing weather.

“It really was a round-the-clock, all-hands-on-deck type of operation,” Singh said.

Kubinski said additional tankers were called for immediately, and the fire department’s response was limited in the early stages, but water flowed better once certain valves were opened.

In other business Monday, following a closed meeting, the council unanimously approved the nomination of former Councilman Terry Clark to the District 3 council seat.

Clark was nominated by Councilman Ken Wilkerson. Also under consideration were former Councilman Jared Foster and Nina Cobb, a candidate in the May 1 election.

Mayor Jose Segarra said the decision to nominate Clark, in addition to his being “the most impressive” nominee, also stems largely from the council’s original intent not to nominate someone on the May ballot. This represented the deciding factor.

“We went through all the applications that were submitted,” Segarra said.

The District 3 seat became vacant with the recent death of Councilman Jim Kilpatrick.

The council will vote on Clark’s appointment at next week’s meeting.

Clark held the Place 3 seat from 2011 to 2015. He defeated then-incumbent JoAnn Purser in a close election in 2011 and was reelected in 2013 by 60 votes over Mike Lower, who was forced to give up his District 4 seat when boundaries were redrawn by redistricting, putting both Clark and Lower in District 3.

Clark lost his bid for reelection in 2015 when Kilpatrick edged him out by 24 votes.