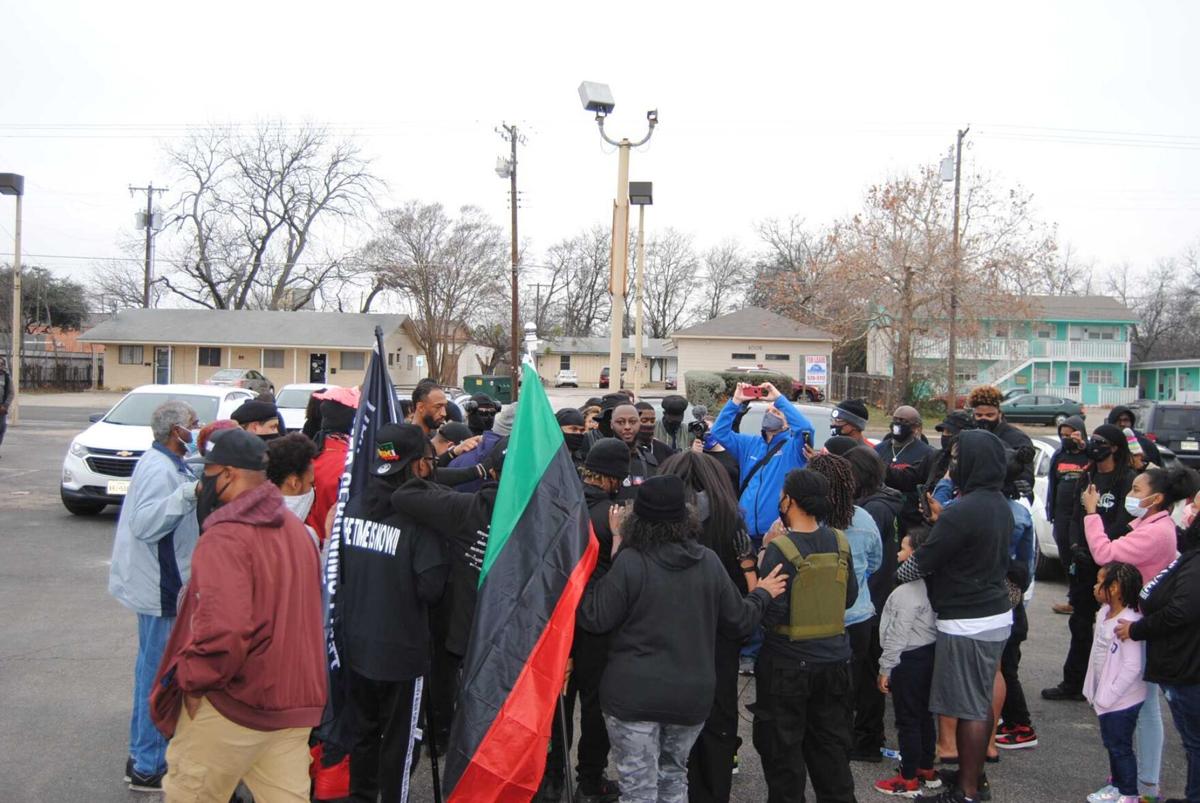 All members of the Action Day event huddle together before a prayer Saturday in Killeen. 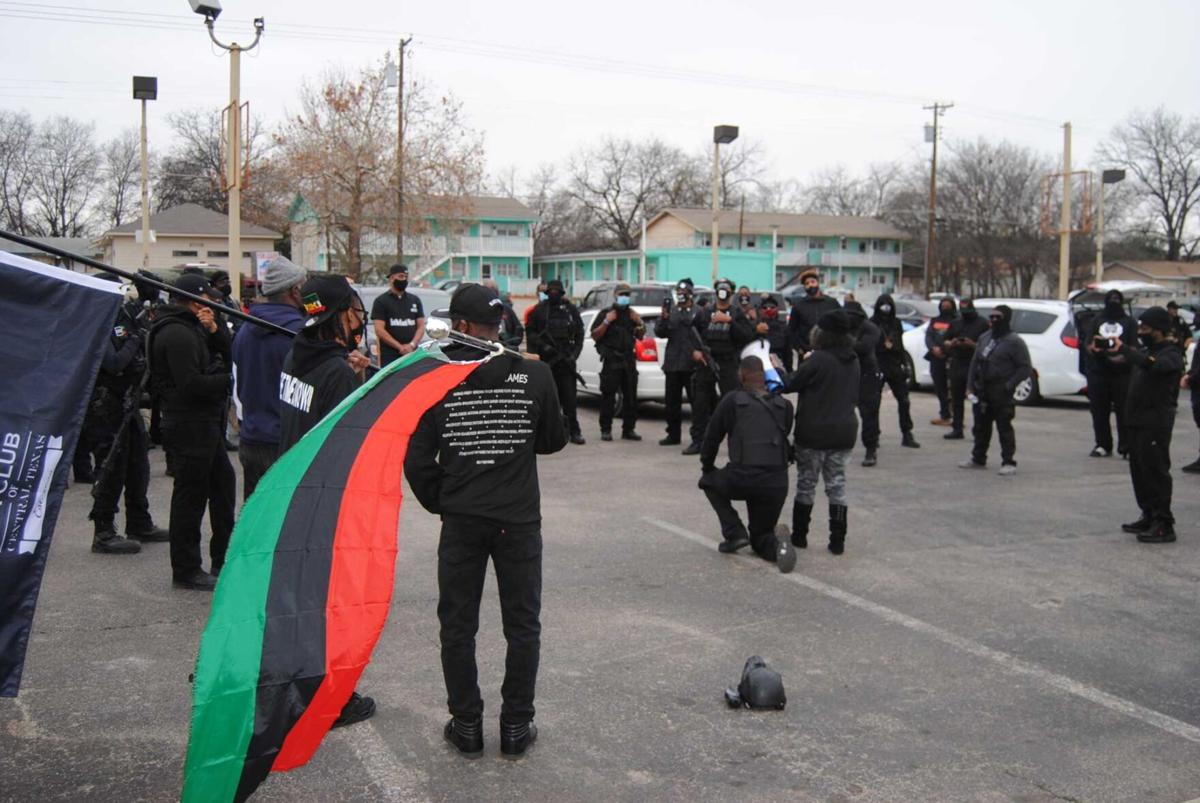 Local residents and members of an Austin gun club gathered in union in north Killeen Saturday calling for justice for Marvin Guy.

All members of the Action Day event huddle together before a prayer Saturday in Killeen.

Local residents and members of an Austin gun club gathered in union in north Killeen Saturday calling for justice for Marvin Guy.

A gun club out of Austin came to Killeen and gathered for a community patrol and support for a petition on Marvin Guy, who is accused of murdering a Killeen police detective.

Carrying rifles and sidearms, around 30 members of Elmer Geronimo Pratt Pistol and Rifle Club walked around north Killeen to show solidarity with members of the community.

Nick Bezzel is the founder and president of the gun club and he spoke about the event held at a parking lot on the 1000 block of North 10th St. At about 3 p.m., about 50 people were attending the event.

“It’s for people to understand that they’re not alone out here and that they have somebody. You can call on your neighbor if you need help,” Bezzel said. “We have to police each other, we can’t be relying on somebody else policing us all the time.”

He also spoke on what he and the gun club will be doing going forward for the Killeen community.

“The plan moving forward is to start setting up self defense units in Killeen similar to the units you have seen today. So when things happen … whether it’s Patrick Warren, whether it’s Marvin Guy, the plan is to have units like these throughout the state of Texas where you have populations of Black Americans, Black Texans — that they’re able to do the same thing, that they’re able to police their communities,” he said.

Garett Galloway, the brother of Marvin Guy, was also in attendance on Saturday and he talked about what it meant to have the community come together around him and about his brother.

“It’s a big lift, it’s like the community putting their arms around me. When I see how passionately these guys are fighting for my brother it’s like they are grabbing me and giving me a hug and telling me everything is going to be okay,” Galloway said.

One of the petitions for Guy is with Clayton Tucker’s office. Tucker is a former Texas Senate candidate and a Lampasas Democrat.

Tucker said he did not have a number for the amount of signatures his petition has, but he did say that with his petition plus other collaborative efforts, he would like to see 50,000 signatures for justice for Guy.

Guy, now 56, was booked into jail on May 10, 2014. His bonds total $4 million on five felony charges, including capital murder of Killeen Police Department SWAT officer and Detective Charles “Chuck” Dinwiddie.

Guy has said that he did not know it was police officers who were entering the apartment and that he fired in self-defense during the 5 a.m. no-knock raid at his apartment on Circle M Drive.

Other SWAT officers were wounded during the raid.